Edward Jones Dome, previously known as The Trans World Dome (from 1995 to 2001) is a multi-purpose stadium in St. Louis, and home of the St. Louis Rams of the National Football League, a professional American football league consisting of 32 teams. It was constructed largely to lure an NFL team back to St. Louis, and to serve as a convention center. It's the first stadium to dedicate an entire concourse to its stadium club; indeed, the Club Level has 42,500 square feet of bars, food service and hospitality space. The facility’s imaginative engineering and architectural design, along with its physical connection to the rest of the America’s Center convention complex, allows the Dome to be easily transformed from to football field to exhibition space, concert and event venue. 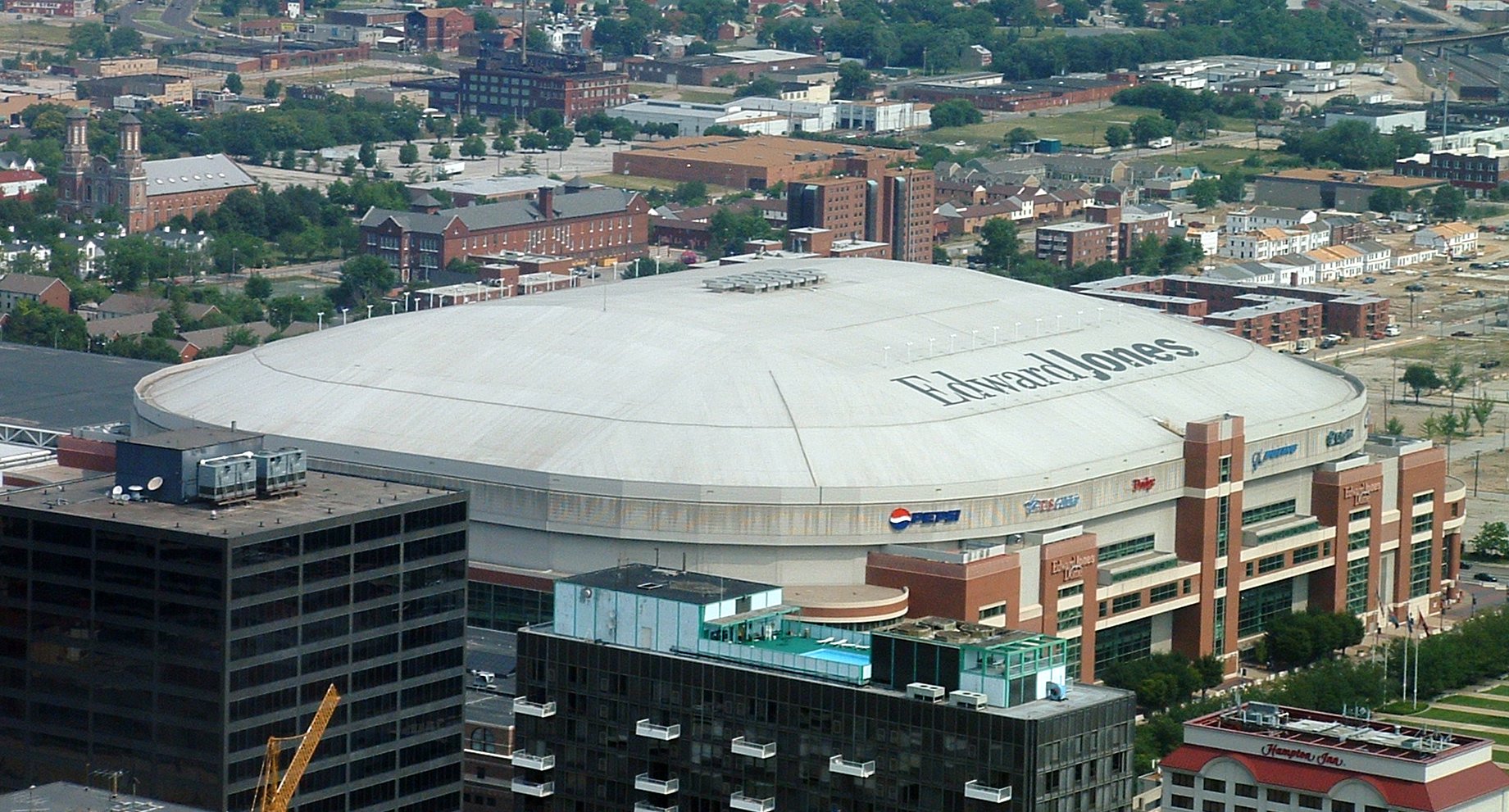 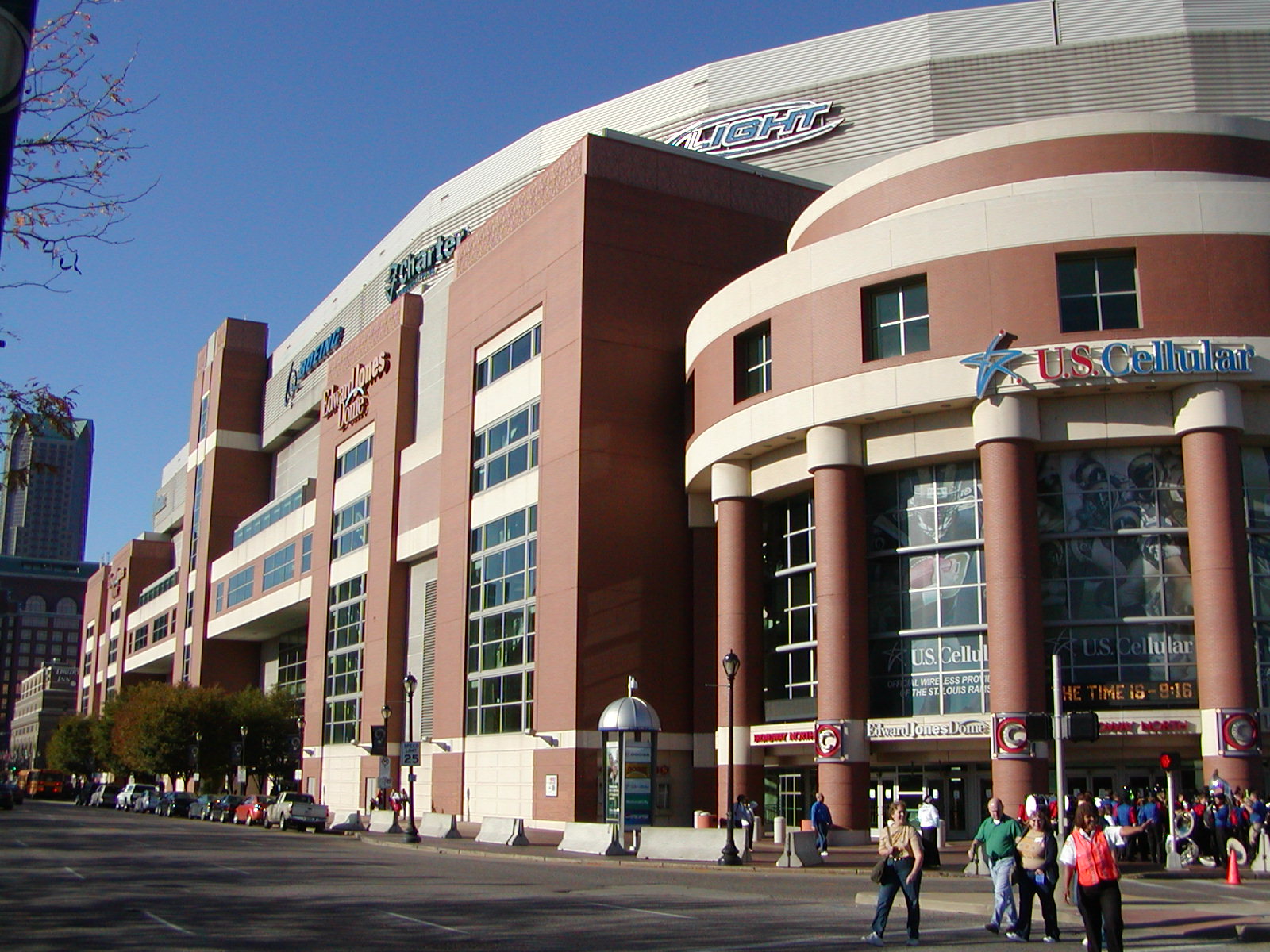 View of the Edward Jones Dome football field and seating. 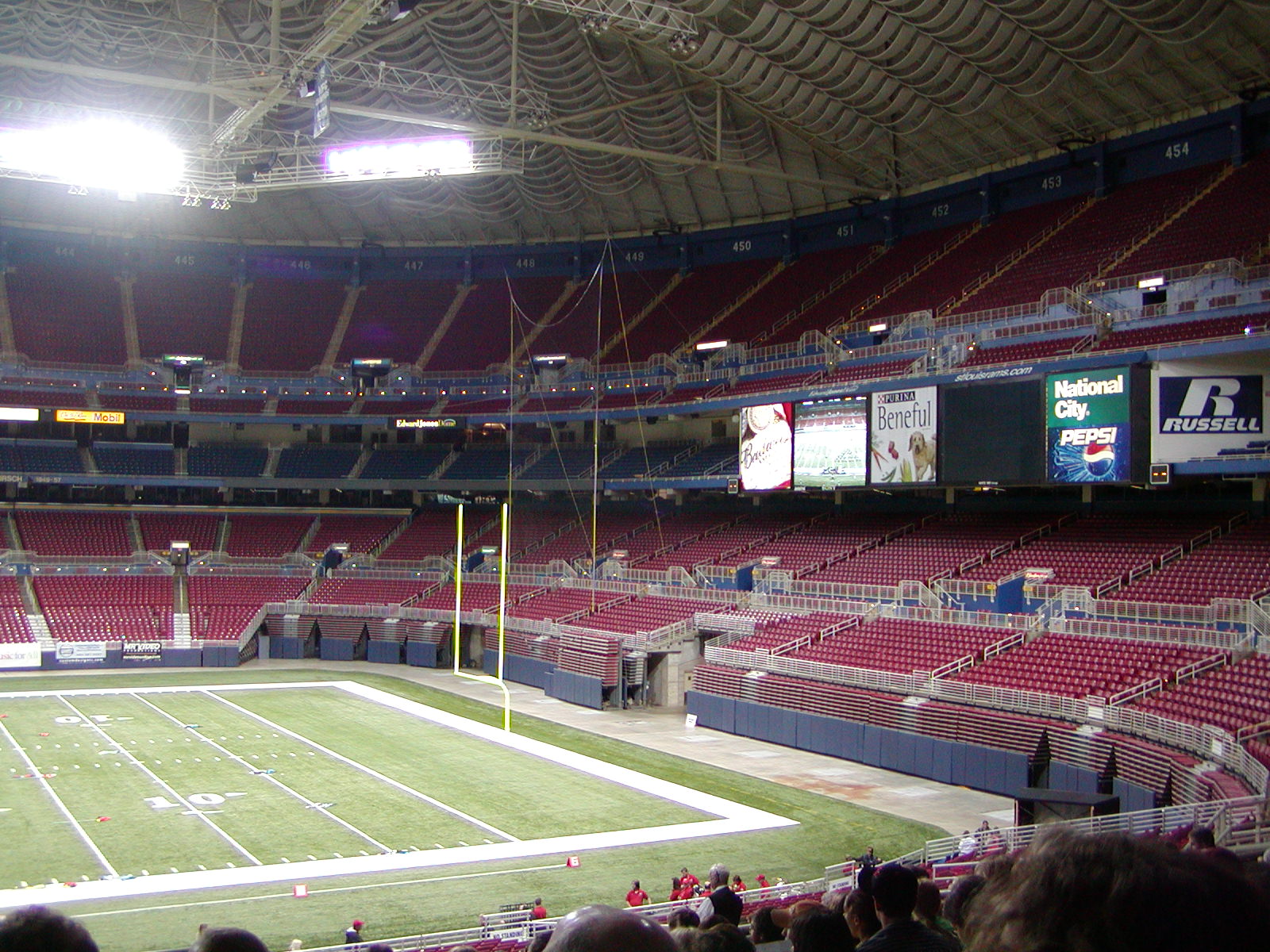 The stadium can be transformed into a convention center very quickly. A "Magic Turf" system allows the football field to be rolled up in an hour. The lighting gridiron can also be lowered to make the area more unique. The building has hosted numerous major conventions, trade shows and exhibitions as well as events as varied as rock concerts, motocross races and monster truck rallies. In 1999, the Edward Jones Dome hosted a Mass celebrated by Pope John Paul II, which was the largest indoor gathering ever held in the U.S.

Over 66,000 seats in three tiers circle the entire field. Edward Jones Dome has 6,300 club seats and 125 luxury suites. The facade of the stadium consists of brick and glass. Fans enter the stadium through one of the four entry points in each corner of the building, each with its own spacious glass atrium and escalators. A ring of fame is located inside the stadium containing the retired numbers of Rams Hall of Famers. In 2009, the Edward Jones Dome underwent a major refurbishment. To enhance the fan experience, new high-definition video boards were added to both end zones. These include a 76-foot board on the north side and a 35-foot board in the south end zone, along with sideline LED boards. Other upgrades included a sports bar overlooking the north end zone that is accessible to all ticket holders, a Premium Club in the south end zone, a renovated Rams Club and improved on-field seating.

The St. Louis Rams organization likes to make social history.  They made history recently at the 2014 NFL Draft.  They selected defensive end Michael Sam  from the University of Missouri in the 7th round, who is the first openly gay player to be drafted into the NFL.  Sam was the SEC's co-defensive player of the year in his senior season.  Although Michael Sam was cut from the roster at the end of Preseason,  the St. Louis Rams will always be known as the team to draft the first openly gay player.  What few people know is that in 1946, the Los Angeles Rams signed Kenny Washington, the first African American player in the league's modern era. This occurred one year after the Brooklyn Dodgers signed Jackie Robinson.  The St. Louis Rams are a part of making history, and setting an example of diversity and acceptance for the entire country.