Carter Plantation was established in 1804 in the British colony of West Florida. The property was sold to Thomas Freeman in 1817, making him the first African American to own property in Livingston Parish. Freeman, like each of the owners of the property during the antebellum period, was a slave owner. The plantation home was completed in 1820 and became the home of W. L. Breed after Freeman passed away in 1838. George Richardson acquired the property prior to the Civil War and passed it on to his descendants. The property has been known as the Carter Plantation for over a century (the Carter family held the property for the longest period of time). The home Freeman built has been listed on the National Register of Historic Places since 1979. Although the property is now home to a golf resort, Freeman's home and a cemetery, which likely includes many of the enslaved people who lived and worked at the plantation, remain.

Thomas Freeman built this home in 1820. Freeman, like the other owners of the property, owned slaves who lived in four cabins near the home. 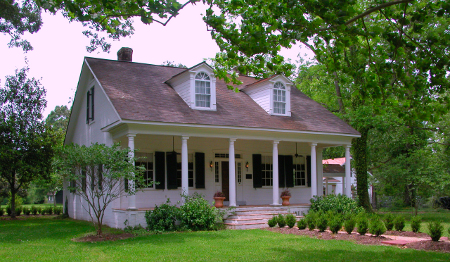 This historic marker is located near the home Freeman built and is right next to the historic cemetery. 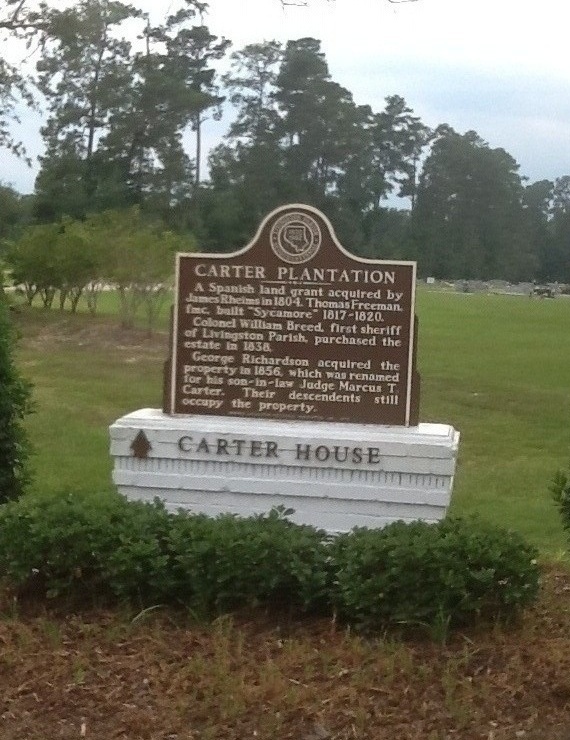 Freeman lived on the plantation with his wife and five children until 1838. It was at this time that he sold the property, which he had then named "Sycamore" to William Lee Breed. Breed lived on the property with is own family, a wife and three children until his passing in 1843. Then, in 1856, a man by the name of George Richardson assumed ownership of the property. The property passed to Richardson's daughter Amanda who married a man named Marcus T. Carter. The land stayed in the Carter family and the property has been known as the Carter Plantation ever since.