Encompassing an area of 92,00 acres, Saguaro National Park is famous for having the largest cacti in the United States. The saguaro cacti are extremely rare, but visitors to Saguaro National Park are able to view these and other specimens while also learning about the region's natural environment. The visitors center includes information about the history of the park and the people who lived in this area, from the prehistoric Hohokam culture to various Native Americans and homesteaders. The visitor's center also offers tour maps and information about popular features such as the rock paintings that can be found in the area.

The park is known for its bright violet flowers that blossom in early spring. 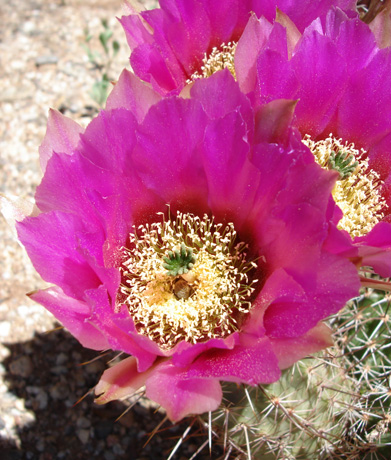 The park is also known for rare species of desert animals, such as the canyon spotted lizard 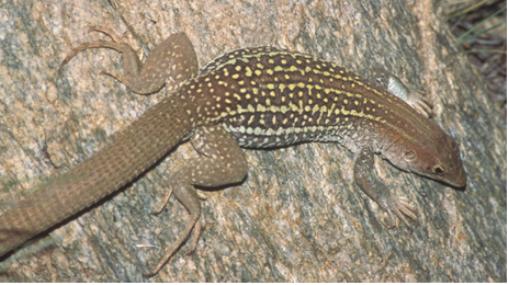 Saguaro National Park is most famous for its giant cacti-one of the enduring symbols of the American Southwest. 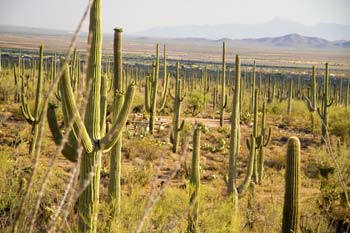 The Hohokam culture created these petroglyphs-the leading historical attraction in the park. 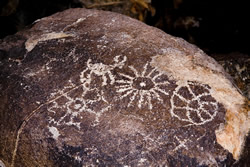 Saguaro National park is in Tuscan Arizona and is the home of the nation's largest cacti. The saguaro cactus is one of the leading symbols of the American Southwest and protected by the National Park Service.

For thousands of years, humans have inhabited southern Arizona, from the prehistoric Hohokam to homesteaders and ranchers in the 19th century. Ancient Native people created petroglyphs by using rocks to scrape designs into the dark patina found on the surface of sandstone and other rocks. The petroglyphs are the park's leading historical attraction. This ancient art can be found in several other parts of the Southwest but the art found throughout Saguaro National park was unique because it was created by the prehistoric Hohokam. There are 435 known archaeological sites in the park.

The park also tells the story of early homesteaders who established farms and ranches throughout the Tucson Basin. Army units also patrolled this area, supporting settlers as they moved into the valleys around Rincon and Tanque Verde creeks. The park interprets the history of early settlers such as Fermin Cruz, who established a farm within the area that is now part of the park as well as early institutions such as Rincon Valley School.

Safford Freeman had 600 acres in 1933. His family’s house consisted of a rope-and-bucket, open-air kitchen, and a fenced corral. Today the house is available to visitors to walk through and get to see the shade tree, which was many planted years ago.