Giant Springs is a first magnitude natural spring (large springs are designated "first magnitude") located near Great Falls, Montana. The spring originates from snowmelt in the Little Belt Mountains. Giant Springs is formed by an opening in the Madison Aquifer that underlies 5 states and 3 Canadian Provinces. Giant Springs was first written about by none other than Lewis and Clark during their exploration of the Louisiana Purchase from 1804-1806. 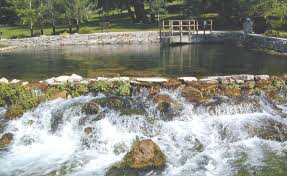 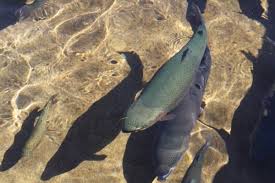 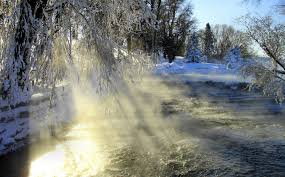 The water that emerges from the spring has a brisk temperature of 54 degrees Fahrenheit. After conducting chlorofluorocarbon dating, scientists have determined that the water takes nearly 26 years to surface after running off the Little Belt Mountains. The conduit that lies between the Little Belt Mountains and the spring is called Madison Limestone. This conduit also distributes water underground from the mountains to streams in the Black Hills, Big Horn Mountains, and other areas.

The springs have an average discharge of 242 cubic feet of water per second (150 million gallons a day). Part of Giant Springs is used for the Giant Springs Trout Hatchery, constructed in 1928. The trout hatchery uses 24 outside raceways that receive 15,000 gallons of water per minute and one round pond which is the show pond where people can come and see huge schools of rainbow trout as they grow.

Giant Springs is the most frequently visited park in the state of Montana.