Established in 1807, Boston Athenæum remains one of the oldest private libraries in the United States. As membership grew, the organization added a collection of art, as well as thousands of rare books. By the 1850s, it was the center of Boston's literary and cultural scene as well as one of the largest libraries in the United States. Maintained as a private library that the public can visit, the collection includes over half a million books as well as a variety of rare and unique artifacts and works of art. The Atheneum sponsors numerous lectures, art exhibits, and concerts, as well as structured discussions where community members can engage with authors and scholars.

Katherine Wolf, Culture Club: The Curious History of the Boston Athenaeum. Click the link below for more information about this book. 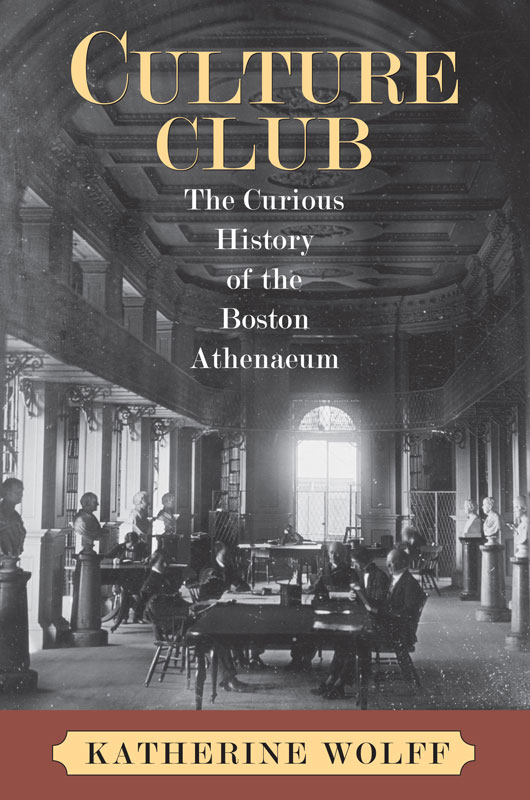 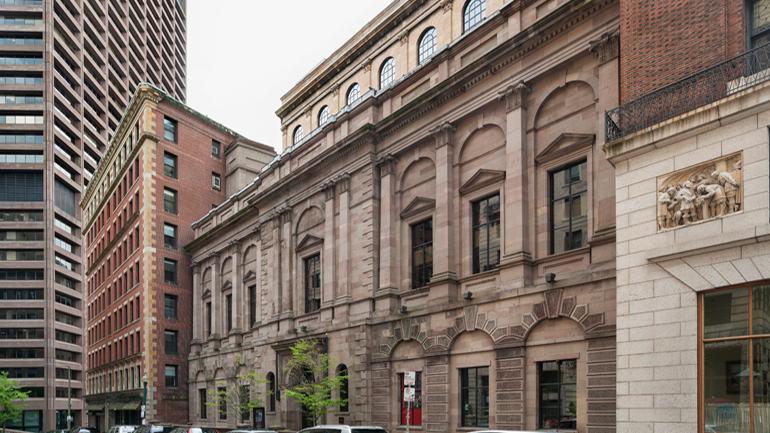 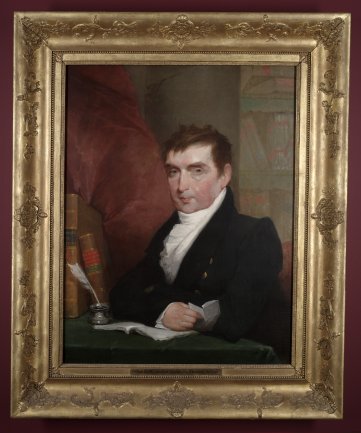 According to the Boston Athenaeum’s website, the purpose of creating the group was to form "an establishment similar to that of the Athenæum and Lyceum of Liverpool in Great Britain; combining the advantages of a public library [and] containing the great works of learning and science in all languages."  The institution was modeled after the Athenæum and Lyceum of Liverpool, England. The name itself is a reference to the Greek goddess Athena, the Goddess of Wisdom.  The library collection is particularly robust in areas related to the American literature and the history of Boston and New England.

A Boston librarian named William Smith Shaw formed the Anthology Society in 1805.  Two years later, the society voted to create a Library to hold to Society’s collection and the Boston Athenæum was born.    After growing out of several spaces during the next forty years, the group constructed the current building on Beacon Street.  Construction began in 1847 and the Library was ready to open in 1849.  Initially, the building consisted of only three stories.  There was a sculpture gallery on the first floor, the books were housed on the second floor and the third floor was a large space used as a painting gallery for artists, such as the building’s designer, Edward Clark Cabot.  Cabot was an architect and most notably an artist.  Later, the served as a Trustee of the Anthenaeum (1857-1875).

In 1913-1914, the building underwent extensive improvements to add the fourth and fifth floors and to make the structure fireproof in order to protect the vast collection inside.  The renovations were designed by Architect Henry Forbes Bigelow, a partner in the firm Bigelow and Wadsworth.   The galleries overlook the historic Granary Burying Ground.  In 1966, the Boston Athenaeum was designated as a National Historic Landmark.

Most of the Library’s offerings are available only to members, but visitors can browse through a portion of the first floor, including the Norma Jean Calderwood Gallery, the Bayard Henry Long Room, and G. d'Andelot Belin Bow Room.  The Anthenaeum also offers non-members a glimpse of the building during one of its regularly scheduled Art and Architecture Tours.  The hour-long tours are offered four times each week, on Tuesdays and Thursdays at 3:00 p.m., Sundays at 1:00 p.m., and Mondays at 5:30 p.m.