Wapiti Ranger Station was the first U.S. Forest Service ranger station built in the United States. Built in 1903, the station has been in continuous use since it was established. It stands in the Shoshone National Forest in Cody, Wyoming, very near to the famed Yellowstone National Park. The building is made of native timber and remains in remarkable condition thanks to the Forest Service employees who now regularly maintain both its interior and exterior. The station was added to the National Register of Historic Places in 1963 and is also a National Historic Landmark.

The Wapiti Ranger Station was the first ranger station built by the United States Forest Service. It is a National Historic Landmark. 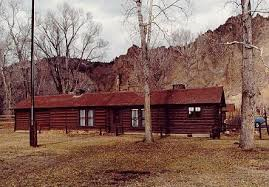 The Wapiti Ranger Station many years ago 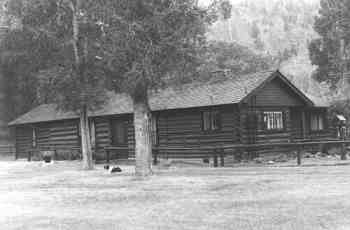 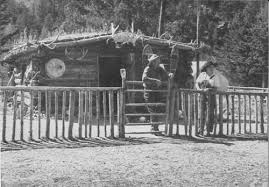 The Wapiti Ranger Station is the first ranger station built at the expense of the federal government. Many consider it to be the precedent of conservation offices, ranger stations, and government-funded forest preservation efforts around the country. Today it is still used as a functional ranger station by summer seasonal employees and pack and saddle stock to store equipment.

Though the ranger station remains in great condition for being so old and for being built of native timber back in the early 1900s, it has shown signs of its age. Recent repairs were required when park employees discovered rotting wood inside the building. Thanks to the diligent and careful work of said employees, repairs were made and the first ever ranger station was back in working condition as it has been for over a hundred years.