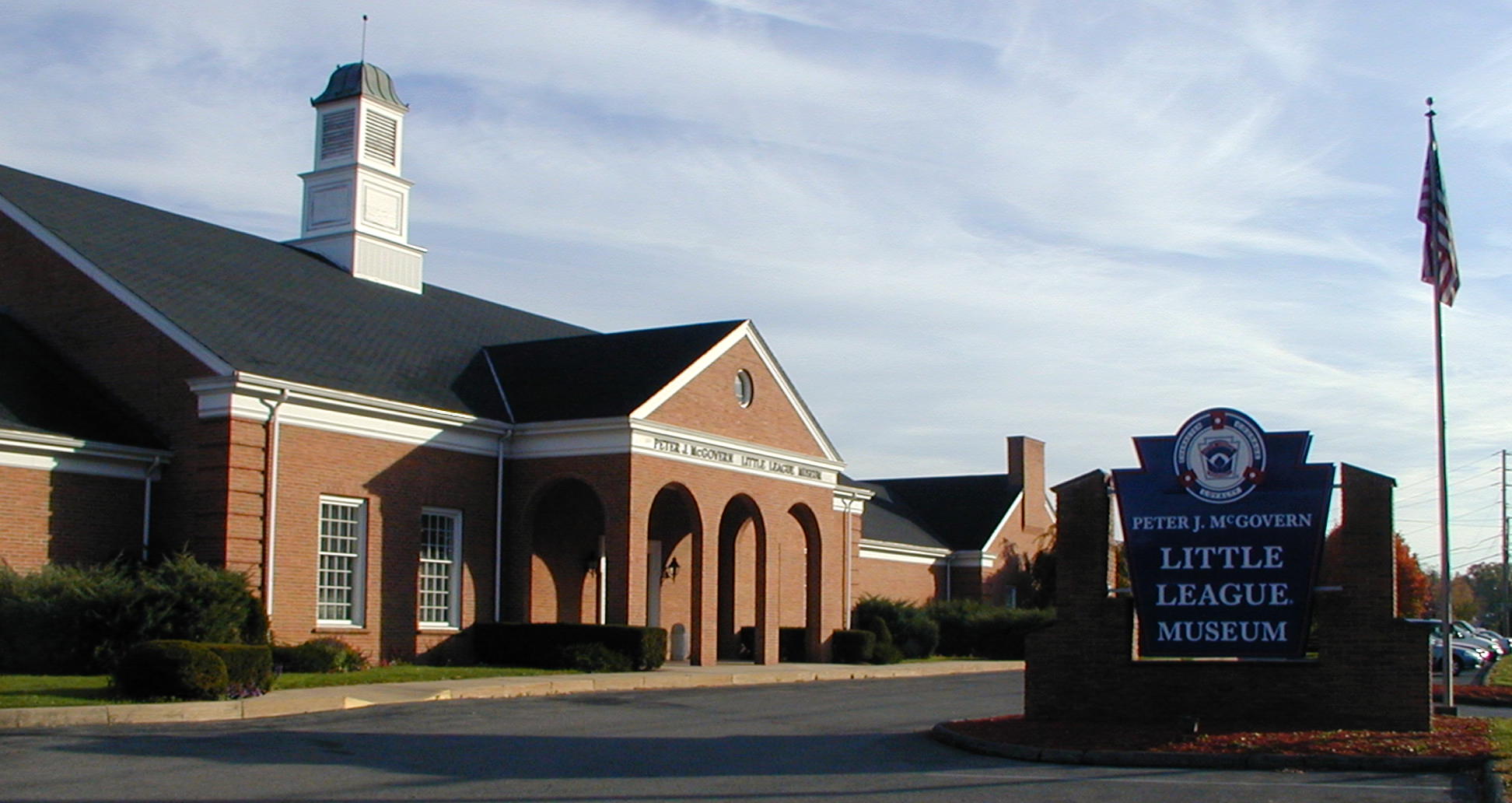 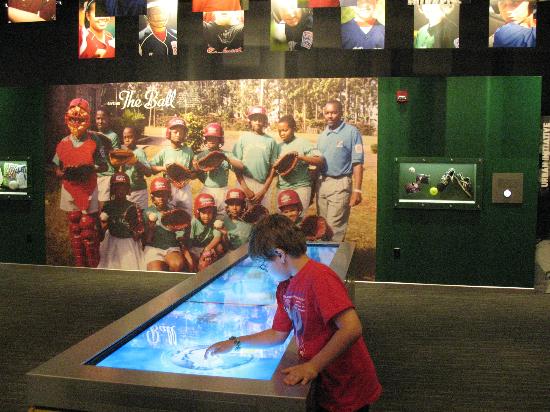 Artifacts on display at the Little League Museum. 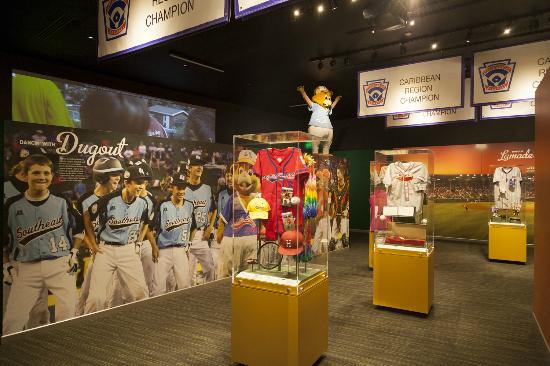 Article on one of the young players in the Little League. 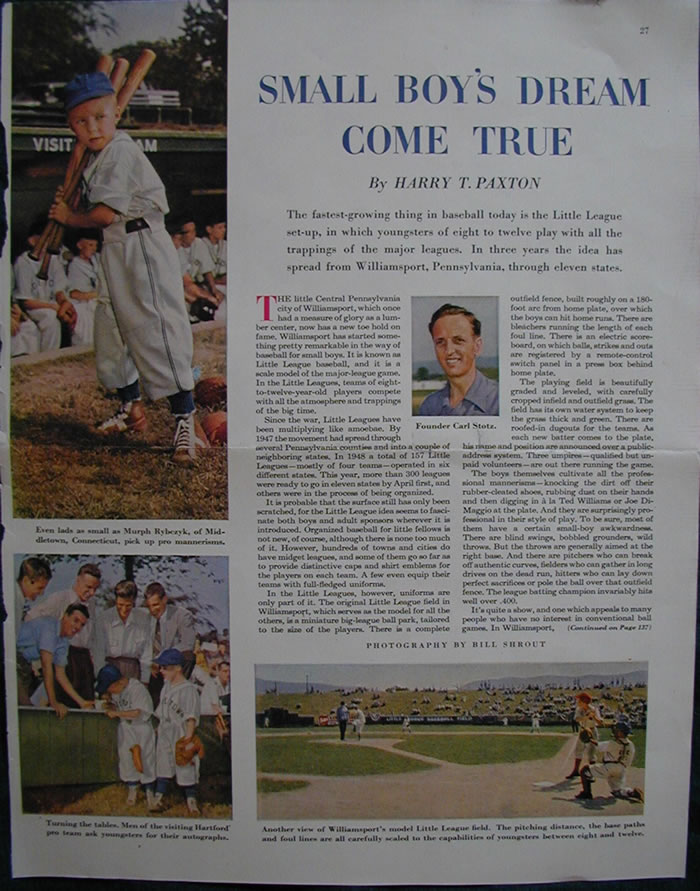 Little League Baseball was first founded in 1938 by Williamsport, PA resident Carl Stotz. Stotz made a promise to his nephews, who had no way of playing organized baseball, that he would figure out a way for them to play baseball in a professional manner. During the summer of 1938, Stotz gathered neighborhood children and came up with a set of rules and plans for his boys baseball program. He created a three team league which played on a small field sponsored by three local businesses for $30 each. Their first game was played at Park Point in Williamsport on June 6, 1939. From word of mouth alone, the league quickly spread. Hundreds of inquiries were coming in from parents whose children wanted to play baseball. Little League quickly expanded to several states throughout the 1940s and the first postseason tournament, the Little League World Series, was played in 1948.2

In just six decades Little League Baseball has grown from three teams to almost 200,000. Teams are located in all 50 U.S. states and over 80 other counties. "And the basic goal remains the same as it did in 1939, to give the children of the world a game that provides fundamental principles (sportsmanship, fair play and teamwork) they can use later in life to become good citizens."4