The Mountaineer Opry House was a local bluegrass music venue in Milton, West Virginia. The Opry House was founded by Paul King in 1972 and modeled off the famous Grande Ole Opry in Nashville, Tennessee. Almost every weekend for over forty years it provided a stage for both local and nationally recognized bands. In 2016 the Mountaineer Opry House closed after the building it operated in was sold to a local medical provider.

Early picture from the Opry House. 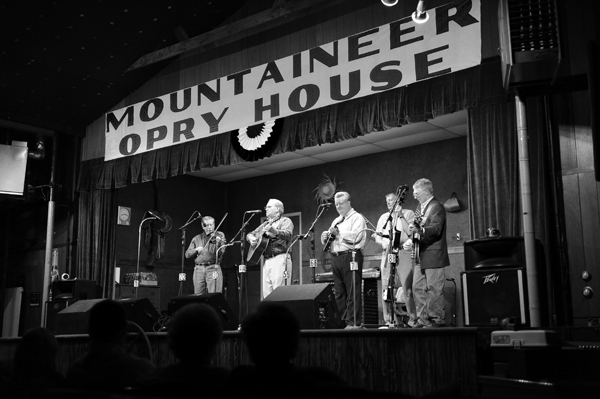 Bands performing at the Opry House. 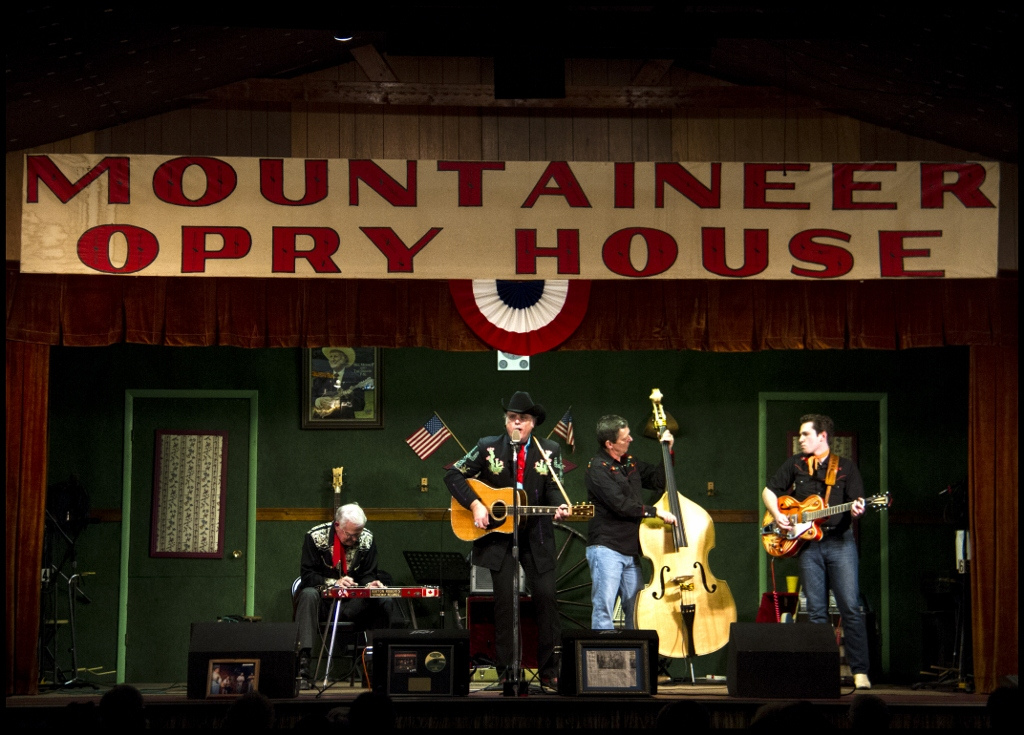 The Mountaineer Opry House held shows in this building on Johns Creek Road. In 2018 it was sold to a local medical provider. 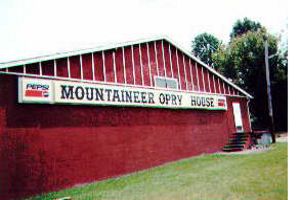 Bluegrass music was developed in the 1930s by Kentucky mandolinist Bill Monroe. It was an adaptation of the old-time string band, a style of music popular in Appalachia, mixed with southern blues, gospel, and jazz influences. Bands often feature a combination of a guitar, mandolin, banjo, fiddle, bass fiddle, and a dulcimer paired with close vocal harmonies. To this day, bluegrass is popular with many, old and young, throughout Appalachia and the nation.

Mountaineer Opry House first opened its doors on July 15, 1972. The Opery house was the idea of Paul King, who had worked as a chemical truck driver, a pastry baker, and had owned a grocery store and show horses. However, King has little experience with music. Therefore he enlisted the help of a man named Eck Gibson to get the Opry house running. Gibson worked as a blacksmith for the railroad and was also the leader of a local bluegrass band named the Mountain Ramblers. Gibson’s band featured himself and a host of colorful characters like “Shorty” Ross and “The Banjo Man from Turkey Creek”.

King Modeled the Mountaineer Opry House off the famous Grand Ole Opry in Nashville, Tennessee. In order to better mimic the Grand Ole Opry, King enlisted the help of local television news anchors Ton Zalaski and Jim Roberts to be the masters of ceremonies. Often these two men would be a show all on their own. The Mountaineer Opry House is divided into two sections by an isle down the middle of the room. These two personalities would often each pick a section and bet a penny on which could get their side to cheer the loudest or laugh the hardest.

In the early years, crowds gathered on the small stage to hear local bands play. These bands often performed for very little money or often for free. The Mountain Ramblers, the West Virginia Gentlemen, the Teays Valley Boys, the Outdoor Plumbing Company, Frog and the Greenhorns, the Sons of Bluegrass, the Kanawha Valley Boys, the Laurel Mountain Boys, and Bloomin’ Grass were some of the local bluegrass bands that frequented the stage in the early years of the opry. Local country-western band like Gwen’s Country Jubilee, Denny and Phyllis Crisp, and Randy Mallory and the Country Overtones also performed at the Mountaineer Opry House. A number of nationally recognized bluegrass performers such as the Grascals, Ralph Stanley, and Doyle Lawson and Quicksilver played there as well.

In 2018 the building rented out to the Mountaineer Opry House was sold to Valley Health, a local medical provider. Soon afterwards it was announced that the Mountaineer Opry would close to make way for a new medical center. It held its last show on June 2, 2018 with over twenty musicians and bands performing.