Completed in 2009 at a cost of $2.3 billion, Yankee Stadium incorporates many of the design elements of the original ballpark. At the time of its opening, Yankee Stadium was the most expensive sports facility in world history and a source of local controversy as half of the construction cost was born by taxpayers. The stadium is home to Monument Park, an open-air museum with plaques, monuments, and retired jersey numbers of past great Yankee players, coaches, managers, announcers, and owners. To date, the park has paid tribute to 32 Yankees including Babe Ruth and Lou Gehrig. Monument Park also contains a special memorial for the victims of 9/11. The park is open every day there is a home game and stays open until 45 minutes before game time. The park can also be accessed through a tour of the ballpark. 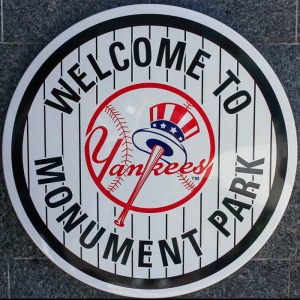 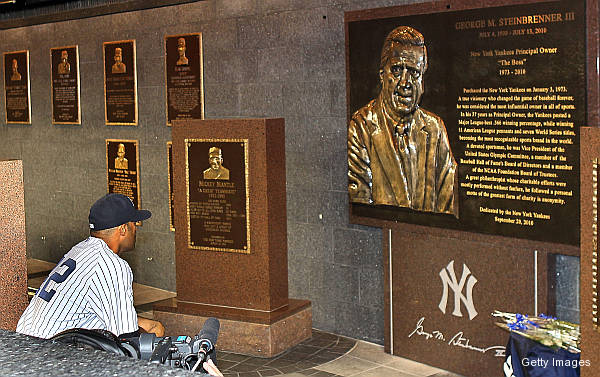 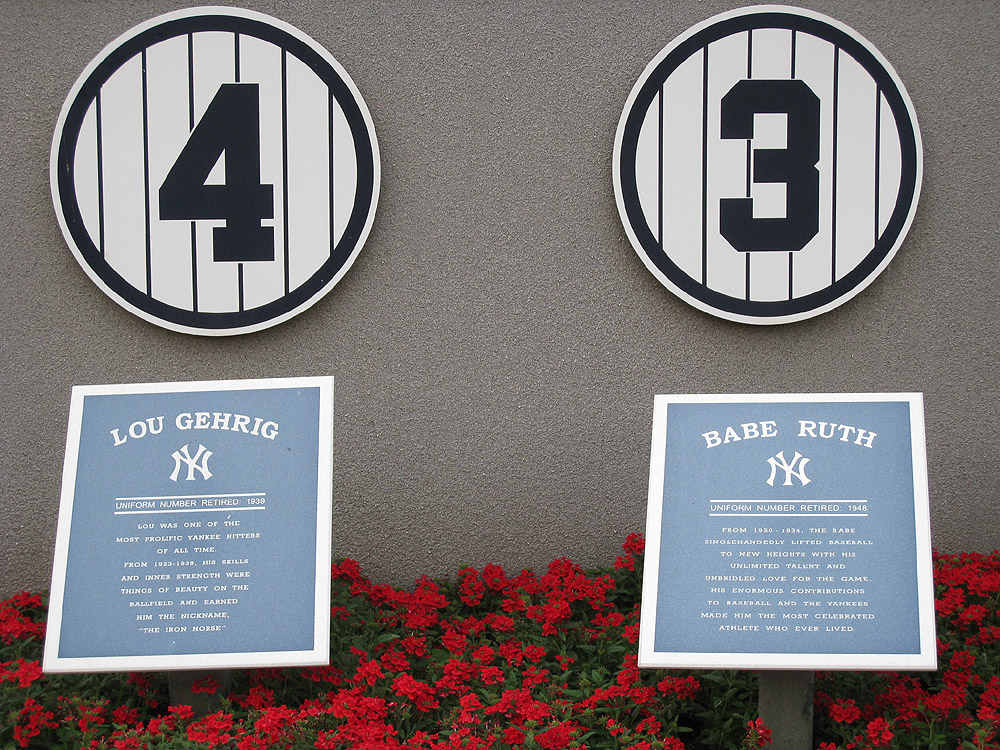 Mariano Rivera sitting next to his retired jersey number at Monument Park. 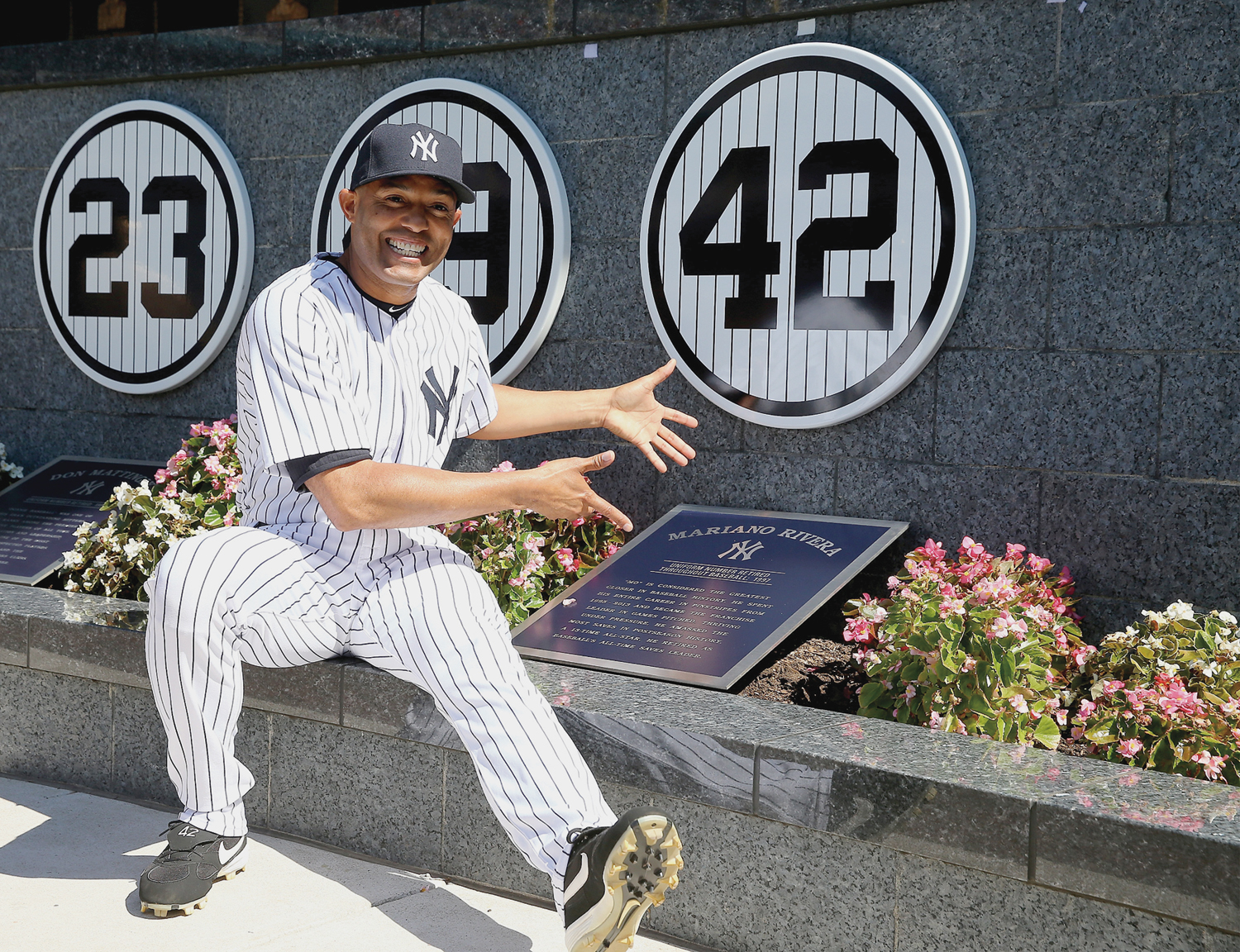 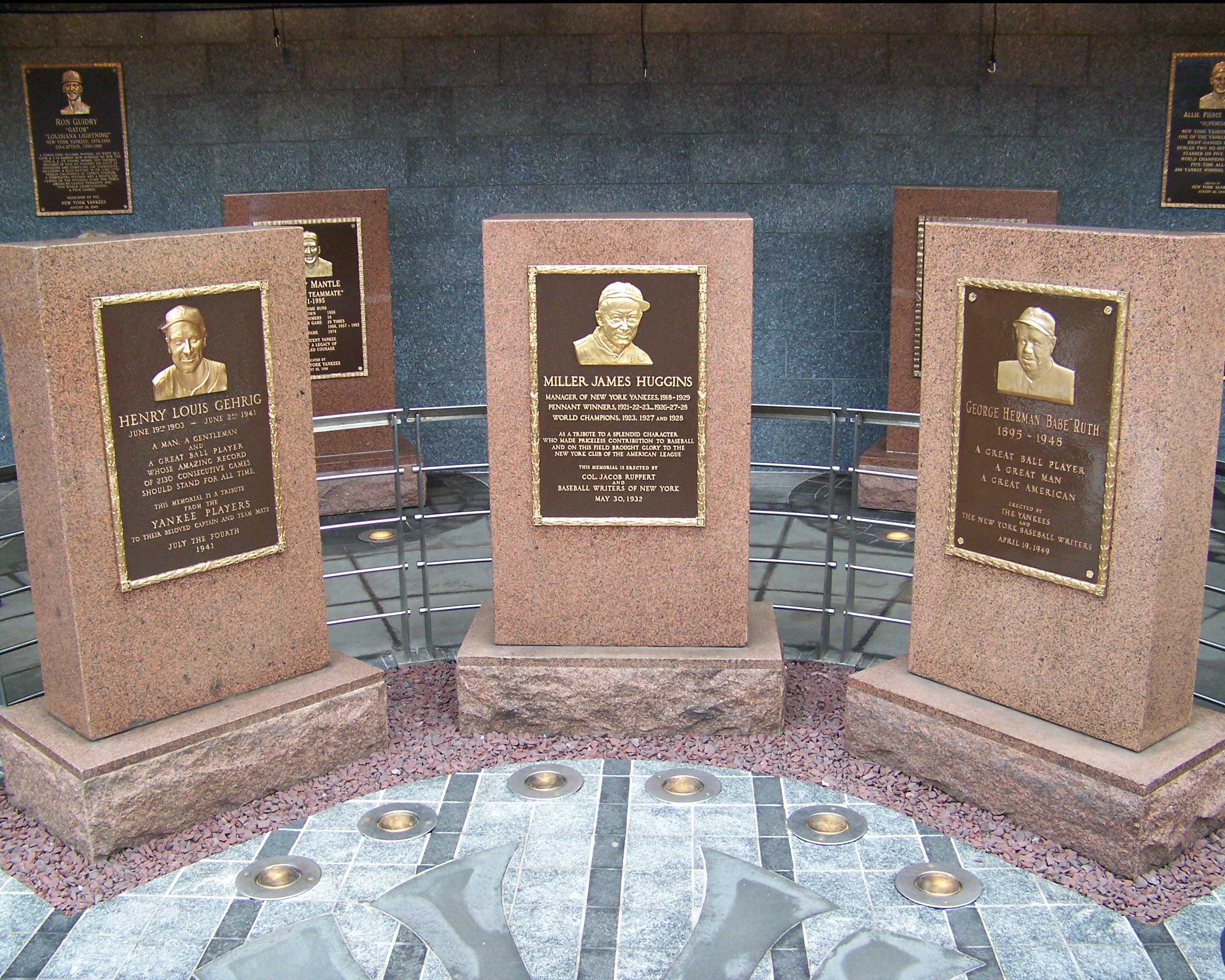 Some of the retired jersey numbers at Monument Park. 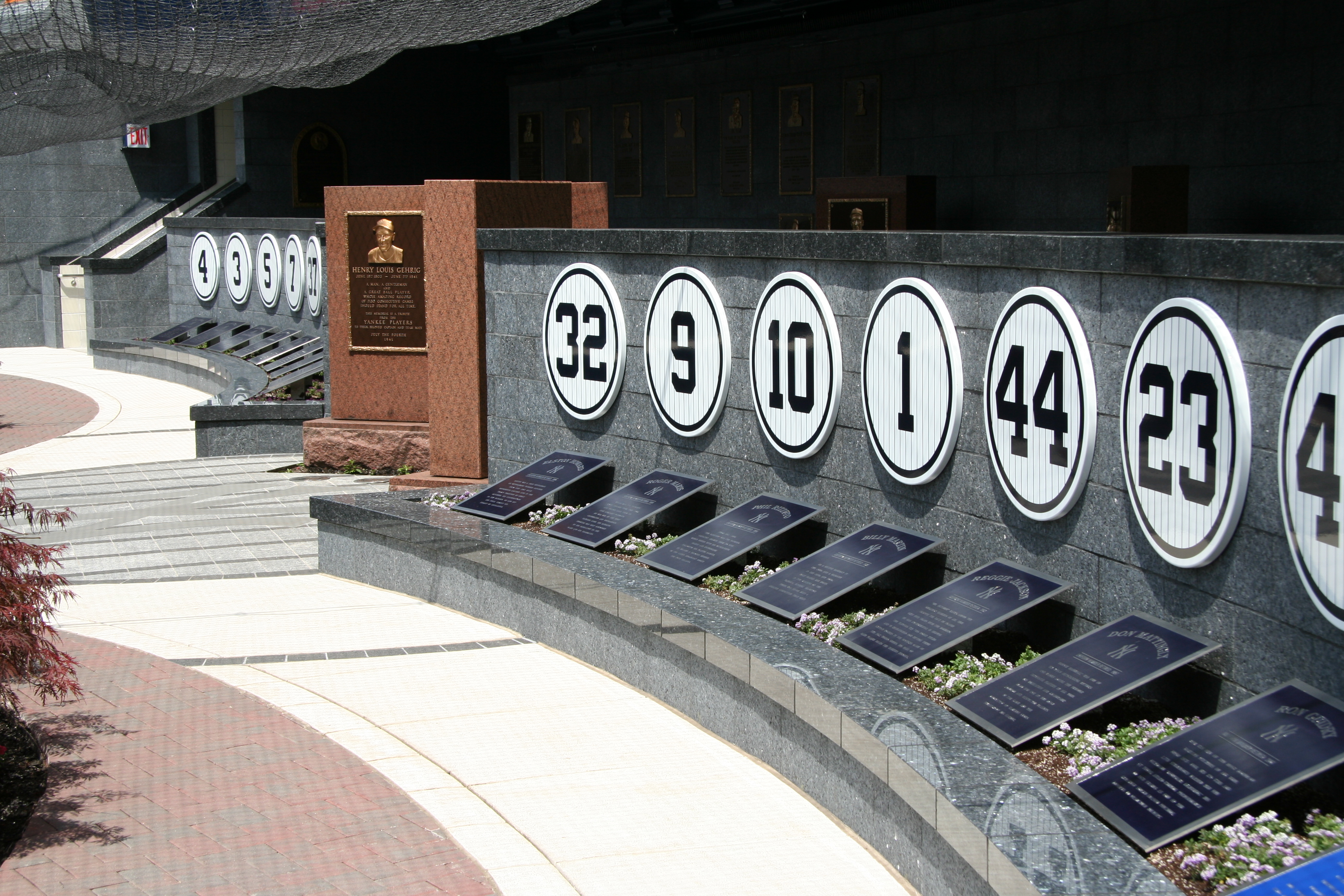 The history of Monument Park dates back to 1932 when the first monument dedicated to Yankees manager Miller Huggins was erected in the old Yankee Stadium. The monument was the first to be erected on-field and was located in center field near the 461-foot marker. The players had to play around the monuments if someone was lucky enough to hit the ball that far. In the years to follow, monuments for both Lou Gehrig and Babe Ruth were erected in the same area.1

In 1974, after reconstruction of the ballpark moved the center field wall closer to home plate, Monument Park was moved beyond the left-center wall. Along with the tributes, there are flower gardens, tree gardens, and even a Japanese maple tree. "There, in an idyllic setting that includes an interlocking "NY" etched into the walkway entrance, a flagpole with a bronzed Lou Gehrig bat affixed to the top, a Japanese maple tree gently nudging Joe DiMaggio's monument and a flower and tree garden that would make Martha Stewart blush, are the tributes to Yankee legends recent and distant (Christian Red, Daily News Sports Writer)."1

After demolition of the old Yankee Stadium, Monument Park was moved to the new Yankee Stadium in 2009. It was built in left-center field and is located below the Mohegan Sun Sports Bar. The park contains pictures of retired jersey numbers, monuments, and plaques. There is a total of 18 retired numbers, including Yankee legends Babe Ruth, Lou Gehrig, and Joe DiMaggio. Since Mariano Rivera was able to wear the number 42 due to the grandfather clause, there is no number for Jackie Robinson on the wall since he also wore the number 42. But once Rivera retired, a bronzed 42 was erected to honor Jackie Robinson. There are six monuments, including one which honors Mickey Mantle and the victims of 9/11. There are also a total of 24 plaques, including Yogi Berra, George Steinbrenner, and Joe Torre. It is expected that during the 2015 season three more numbers will be retired, including Andy Pettitte's 46, Jorge Posada's 20, and Bernie Williams' 51. In 2016, form Yankee captain Derek Jeter joined the park when his number was retired.