The Alexander Hamilton U.S. Custom House is one of the best examples of early twentieth century Beaux-Arts architecture in the United States. The U.S. Custom House was constructed in 1902-1907 near the port of New York for collecting taxes on imports. The building's grand design by Cass Gilbert has been preserved because of the New York City Landmarks Preservation Commission's efforts in the late 1970s and 80s. Today, the building is home to federal courtrooms, offices, and the National Museum of the American Indian.

The original U.S. Custom House before it was abandoned and then restored 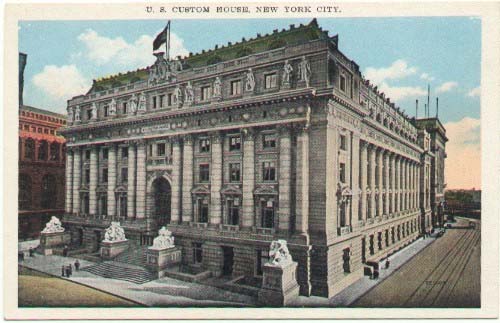 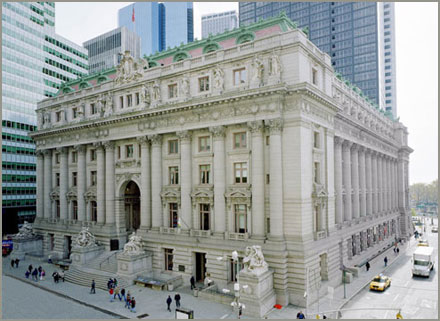 Interior view of one of the restored rooms 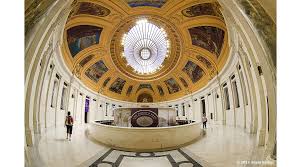 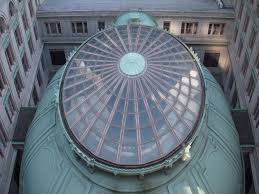 The National Museum of the American Indian located inside the Alexander Hamilton U.S. Custom House 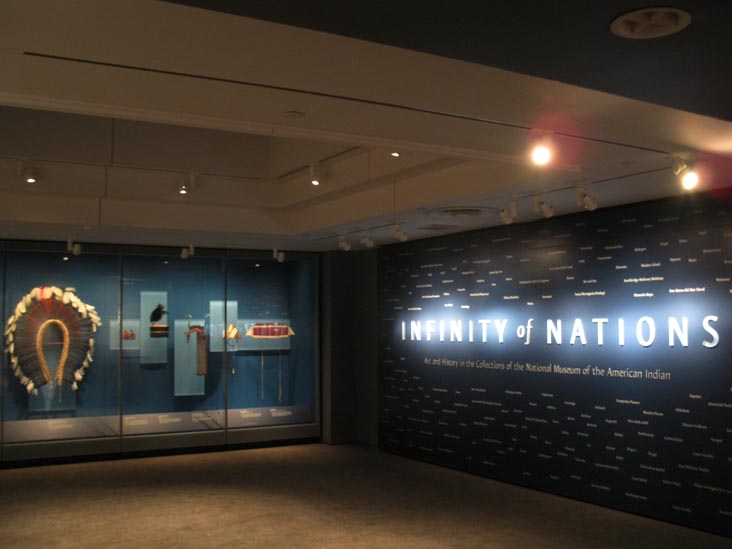 The federal government's main source of income from the establishment of the U.S. to the introduction of the federal income tax in 1913 was custom duty. One of the nation's oldest federal agencies is the U.S. Custom Services, which collects taxes on imported goods and deals with the regulation of imports and exports. New York's port was one of the country's most successful commercial centers, even before the use of the Erie Canal that began in the 1820s which led to even greater prosperity. Therefore, the federal government determined that the U.S. Custom House should be built near the thriving port.

The first Custom House in New York burned down in 1814. This led to the frequent adjusting of the location for years, until in 1892 when the Bowling Green site was purchased as the permanent home of the U.S. Custom House.1 Around the same time, a movement was generated following the World's Columbian Exposition of 1893 in Chicago. Architect Daniel Burnham arranged the exposition.  He designed the hundreds of buildings that housed the exhibits in a Beaux-Arts style. This style originated in Paris and used influences from ancient Greek and Roman architecture.2 Thus starting the City Beautiful Movement, which encouraged people to change their perspective of urban areas from random, dirty, and industrialized towards a new city image, one that focused on planning and creating beautiful environments to be enjoyed. Once artists and architects returned from Chicago, they began to design structures with Beaux-Arts influence.3

In 1899, supervising architect of the Treasury, James Knox Taylor, selected Cass Gilbert from a group of architects to use his Beaux-Arts design to build the U.S Custom House. The structure was built seven stories high and stretches across three blocks. It includes Corinthian columnns, bronze gates, marble, granite, mosaics, and detailed exterior sculptures that represent international commerce. The interior layout is symmetrical and includes ceremonial spaces, textures, and colors that represent Beaux-Arts style. Construction on the building lasted from 1900 to 1907 when it was opened as the official U.S. Custom House. It remained that way until 1971 when the Custom Service moved to the World Trade Center.

The abandoned Custom House was saved from demolition by the passage of the Public Buildings Cooperative Use Act of 1976, which promotes the reuse of historically and architecturally notable buildings. Therefore, it was designated as a National Historical Landmark that same year. In 1979, Congress authorized the restoration of the building, and the project lasted from 1983 to 1994. Ehrenkrantz, Eckstut and Kuhn Architects led the restoration. After the building was rehabilitated, it became the home of the Smithsonian's National Museum of the American Indian. Today, the building includes the United States Bankruptcy Court, and the museum is open to the public.4

The museum is open 10 AM to 5 PM daily, Thursdays until 8 PM. Admission is free.