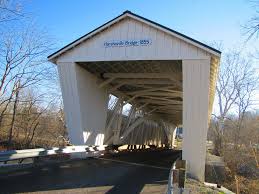 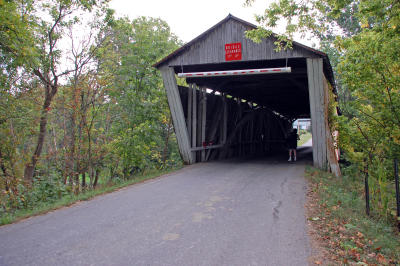 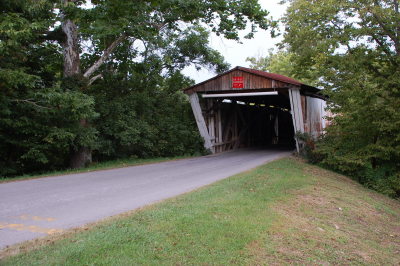 The Harshaville covered bridge was named for the Harsha family. Most significantly, the bridge is associated with the campaign known as Morgan’s Raid. In 1863, John Hunt Morgan and his raiders ransacked the Harshviille general store and burned many bridges; however, they spared the Harshaville Covered Bridge. After that, they used it to pass through the county during the Civil War

The Harshaville Covered Bridge was designed with timber-covered Kingpost through trust and metal siding. It was renovated in 1960, and in June 2010, the county received $100,000 from the Federal Highway Administration for further improvements. On March 18, 2013, it closed for one more renovation. Now, it is open to traffic, bringing community members and visitors closer to the history of Adams County, Ohio.