This marker commemorates one of the more tragic events in U.S. History. The Trail of Tears is the path in which Native American Indians traveled when forced to relocate from their traditional lands east of the Mississippi after the Indian Removal Act of 1830. The journey to Oklahoma stretched over 2,200 miles of trails. Unable to have basic-necessities such as adequate clothing, shelter, food, and even shoes, thousands perished, especially during the harsh winter months.

The Andrew Ross Home, courtesy of The Landmarks Society of DeKalb County, Inc. This sketched illustration of the home shows how the logs used in its construction are still in the existing walls, built by the Cherokee leader and his wife. 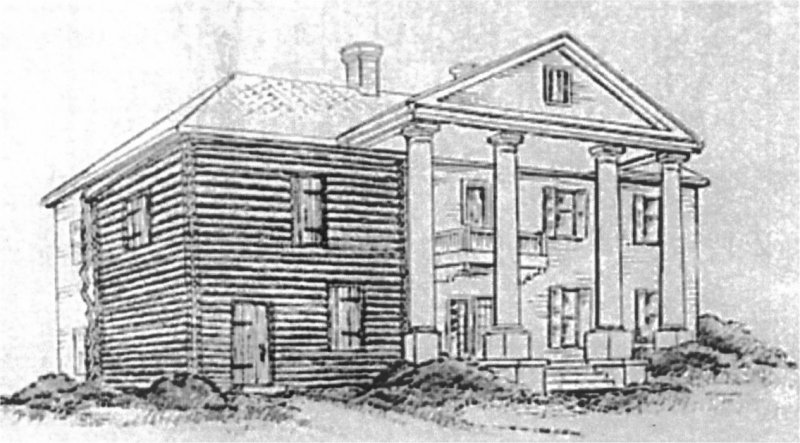 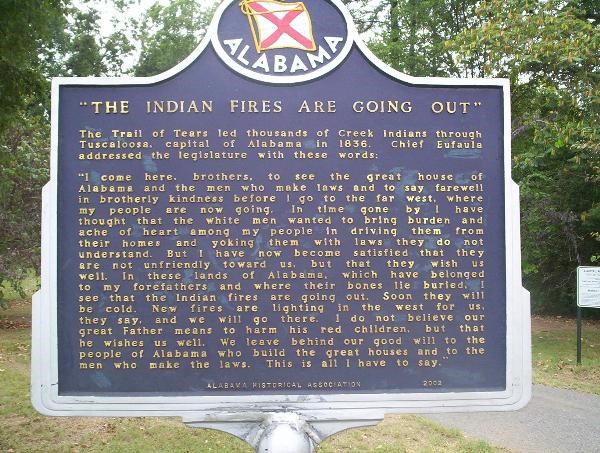 Trail of Tears map, courtesy of the National Park Service. 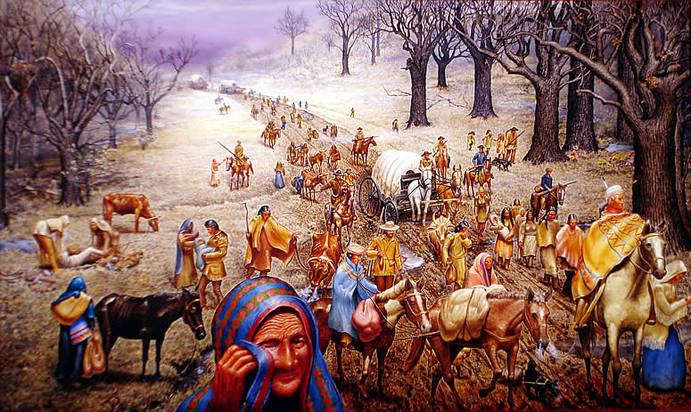 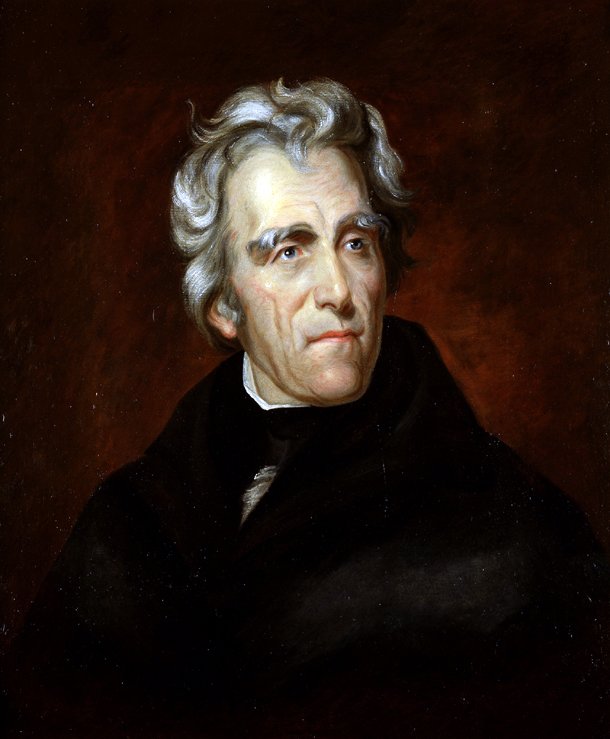 President Andrew Jackson led the Trail of Tears Indian removal and relocation. He used negative propaganda to empower this historical tragedy. Included in this Clio is a photo of such propaganda. There were as many as 45,000 people relocated and they were not of only one tribe or of one state. The Cherokee, Muscogee, Seminole, Chickasaw, and Choctaw nations were forced against their will to leave their homelands which were lands that were carved by the wings of a bird.

During the Trail of Tears journey, the Native American people left behind their homes and the only life they knew. They also had to leave behind their source of traditional medicine. This contributed to their deaths as well. Some estimate that there was a loss of as many as 6000 Cherokee alone. Along with the other mentioned tribes, there were also other people included in these relocations, such as “European Americans and African Americans.”

In 1831 the Choctaw were the first Native Americans forced to relocate. The other tribes followed from 1831 to around 1837. The Choctaw Indians described the relocation with the phrase “Trail of Tears.”

In Alabama, an interesting site related to "Trail of Tears" the Andrew Ross Home which is located at 4502 Godfrey Avenue (near 45th Street NE), Fort Payne. Its unique architecture and association with the Trail make it a worthwhile visit.

“The Indian Fires Are Going Out.” The Historical Marker Database. Accessed January 31, 2015. https://www.hmdb.org/marker.asp?marker=28995.

"What happened on the Trail of Tears." National Park Service - Trail of Tears. Accessed January 31, 2015. https://www.nps.gov/trte/learn/historyculture/stories.htm.