The Intel Museum is displays the history of the Intel company and semiconductor history, and is located in the Intel Headquarters. The museum was created in 1980, but was not opened to the public until 1992. 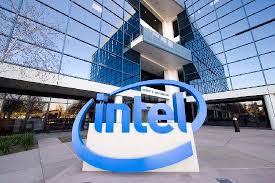 Bob Noyce and Gordon Moore founded Intel in 1968, and produced the world's first metal oxide semiconductor (MOS) static RAM in 1969. Intel also release it's first product in 1969, the 3101 Schottky bipolar random access memory (RAM). In 1970 Intel started it's dealing with memory processors with the 1103 DRAM. In 1971 Intel produced the first microporcessor from the company, the 4004. From this point on, Intel started produced faster, better, and more personal products for their consumers. From Intel's many accomplishments with microprocessors, Bob Noyce received the National Medal of Science in 1979.
The Intel Museum displays all of the company's accomplishments, and provides detailed information for each exhibit. There is a lot to take in at the museum, and scheduled tours are available to ensure you get the most out of your visit.