Indianapolis's Guaranty Building features curved limestone and an intricate entry arch that is similar to the arch on the nearby north entrance of the Circle Tower. 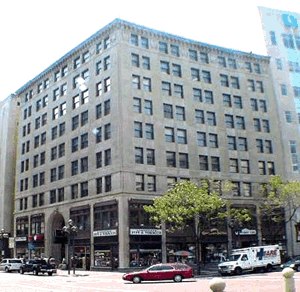 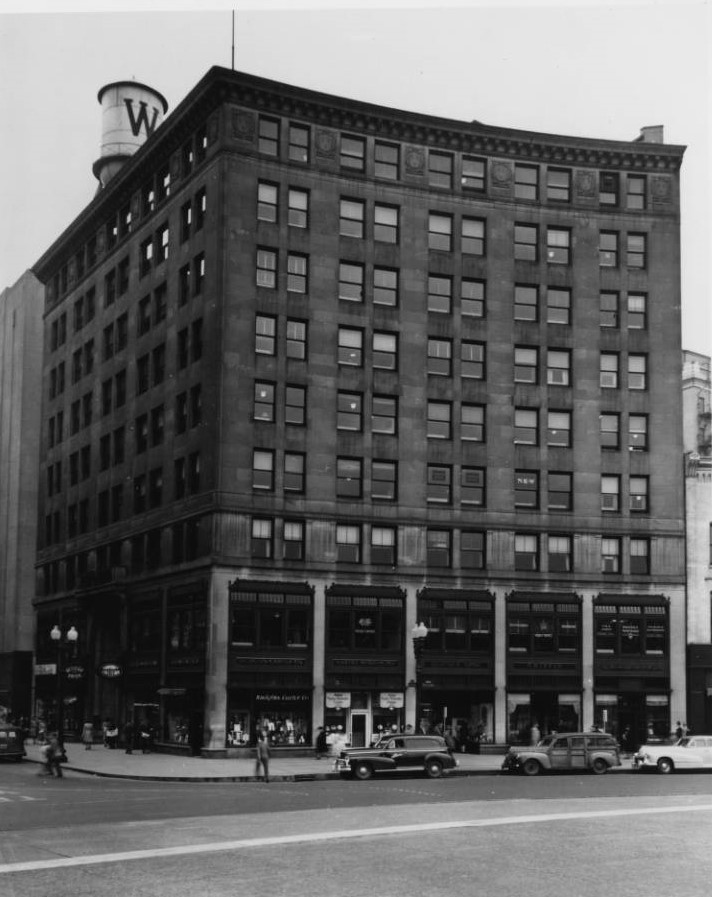 This 1922 photo shows crews nearing completion on the building. Image is the property of the Indiana Historical Society. 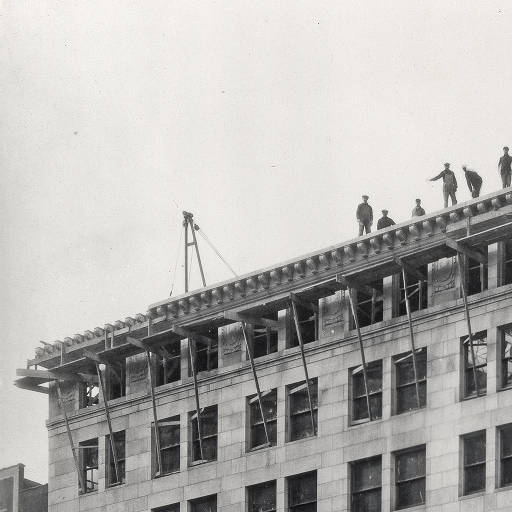 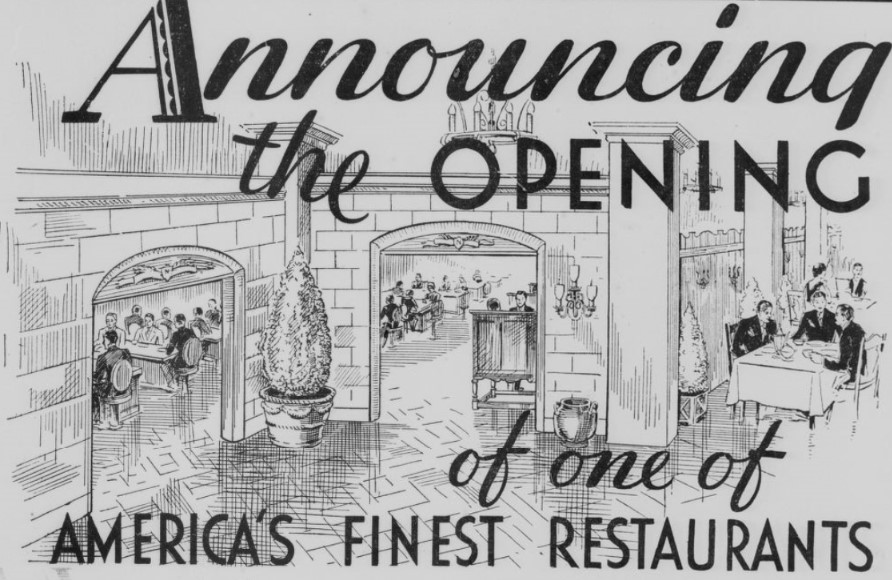 Prior to 1905, a city ordinance prohibited the construction of buildings taller than 86 feet in an effort to make sure that the Soldiers and Sailors Monument stood taller than any adjacent building. After years of attempts to modify the law, in 1922, the city revised the law and permitted buildings adjacent to the Circle to be up to 108 feet tall. These buildings could also have an additional 42 feet of beyond this limit, so long as the additional stories used a series of retreating stair-step designs that would push the additional stories away from the Circle. The firm that build the Guaranty - Rubush & Hunter - also added three more along the circle: the Columbia Club, Circle Theater, and Circle Tower.

This location formerly held Wesley Methodist Chapel, until the lot was purchased by Richard j. Bright, the Indiana Sentinel newspaper publisher in the late 1860s. Bright added onto the building and the newspaper's offices were here, in what became known as the Waverly Block. The new, nine-story Guaranty Building cost $980,000 to build and was owned by the Guaranty Building Corporation, led by Albert Metzger. The lobby and wainscoting of the upper floors were upgraded to pricey Italian marble. The finished structure boasted a main entrance on Meridian Street leading to a stairway and four high-speed elevators. Four large commercial spaces front on Meridian and one storefront with an opening on the Circle.

It took four months to move the equipment for the Western Union Telegraph Company from its location across Meridian Street to the new location in the Guaranty Building. The cable to New York City was dead for three minutes to make the final switchover to the two top floors, as the operators walked from one building to the other one Sunday morning in September 1923. For the past two days, a box and pulley system had been used to physically relay messages received at the old building to the new spaces. The new operating room boasted 8,700 square feet, with messengers travelling between desks on roller skates over a soundproof floor. Pneumatic tubes connected to the receiving office on the ground floor. Western Union employed 350 men and women plus about 100 male messengers in this office.

Some of the tenants in 1924 were the Grand Gripper Shoe Company, Durham Realty, and offices of Dodge Brothers Motor Vehicles. The Guaranty Restaurant, in the building's basement, could hold 500 diners - 440 at tables and 60 at a counter. The basement restaurant held a grand opening under new management in March 1933. Neal's Guaranty was the brainchild of V.E. Neal, a restaurant owner with two locations and a dairy farm in Ohio. The cafeteria planned to run 25-cent specials daily; buffet and table service would cost a bit more, at 30 to 50 cents for the entire meal, including beverage! The restaurant proved to be the most popular tenant in the building and offered music at lunchtime and in the evening.

The building faced demolition in the mid-80s when the vacancy rate exceeded 80 percent. The building was sold at auction for $700.000 and underwent massive internal renovations. With over 43,000 square feet of office space, the Guaranty Building rebounded to over 90 percent occupancy by the end of the twentieth century. Some of the current tenants are The South Bend Chocolate Company (serving scrumptious desserts, with frozen yogurt and ice cream in the adjacent Indy Swirl); the cafe and bakery Au Bon Pain; Northern Trail Outfitters; and financial business advisors firm Barnard Associates.