The Chilton House was built in 1857 by Allen M. Smith, and features strong Gothic Revival style architecture. The house was home to the Chilton family, and William E. Chilton would spend time here at his parent's home while he practice law, before later becoming a U.S. senator. In the 1970s the house would be relocated from its original place to where it stands now on 6th Avenue, and in 1977 the house would be listed on the National Register of Historic Places. 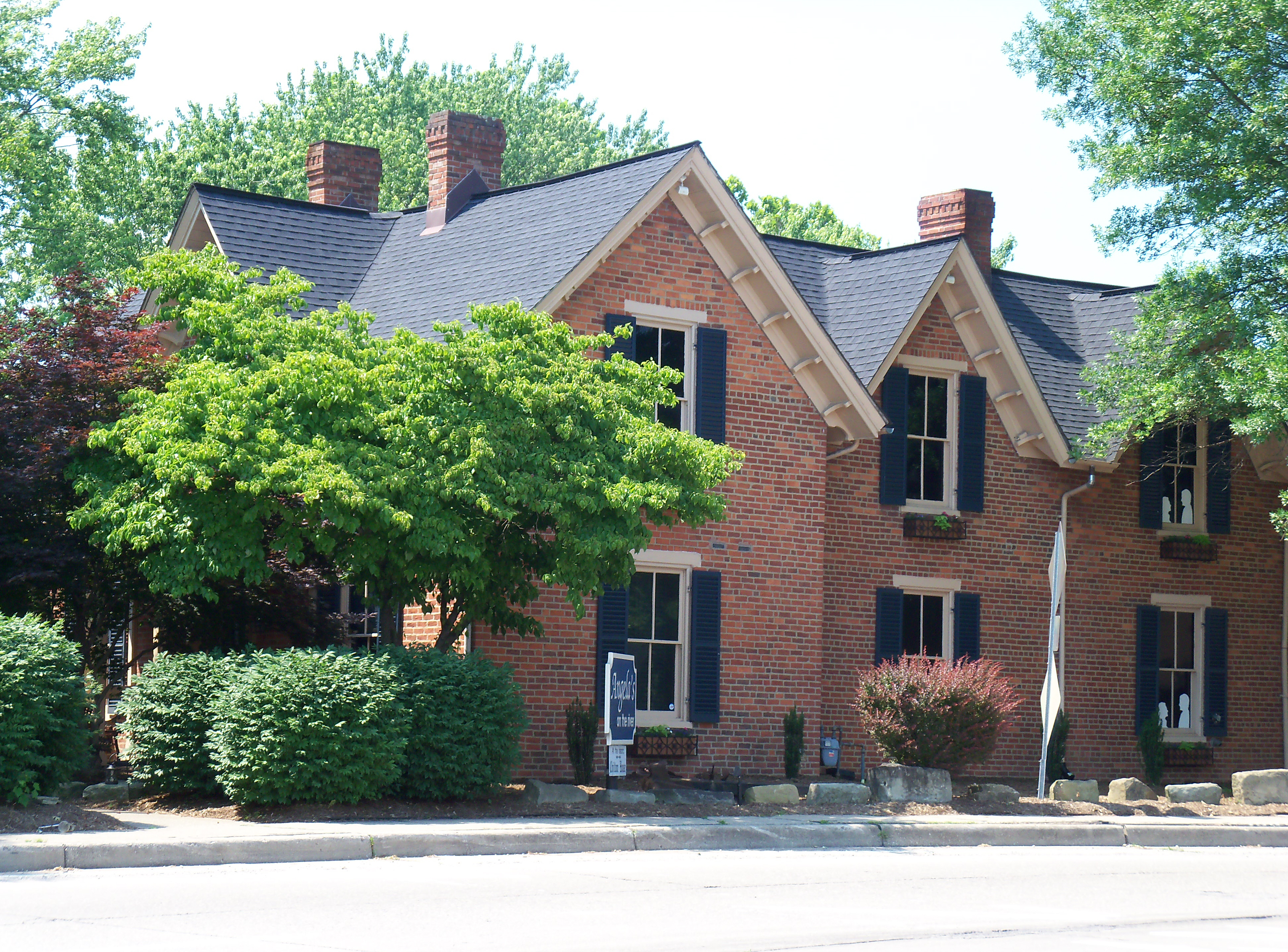 Chilton House in 1970s before being moved. 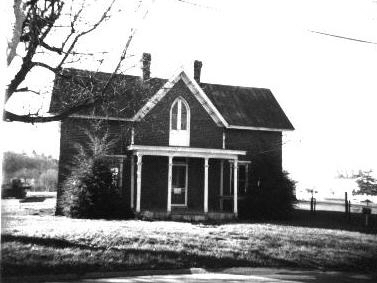 The Chilton House in the middle of renovation in May of 1977. 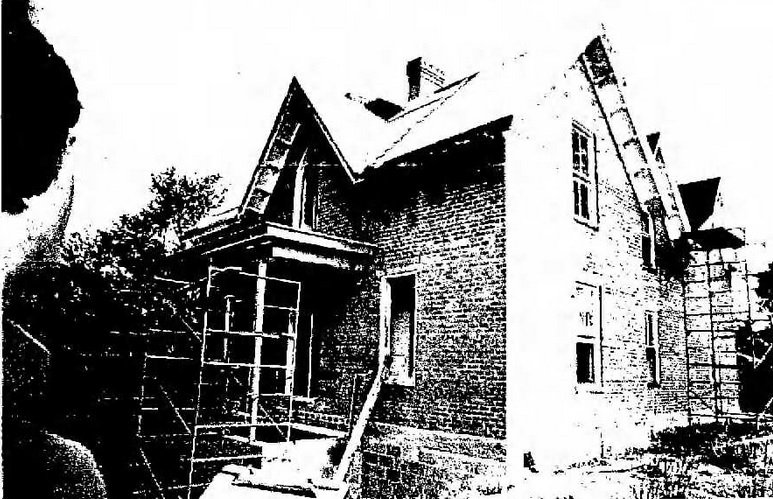 Renovation plans made by architects Paul Vaughn and John R. Shawver of Charleston. 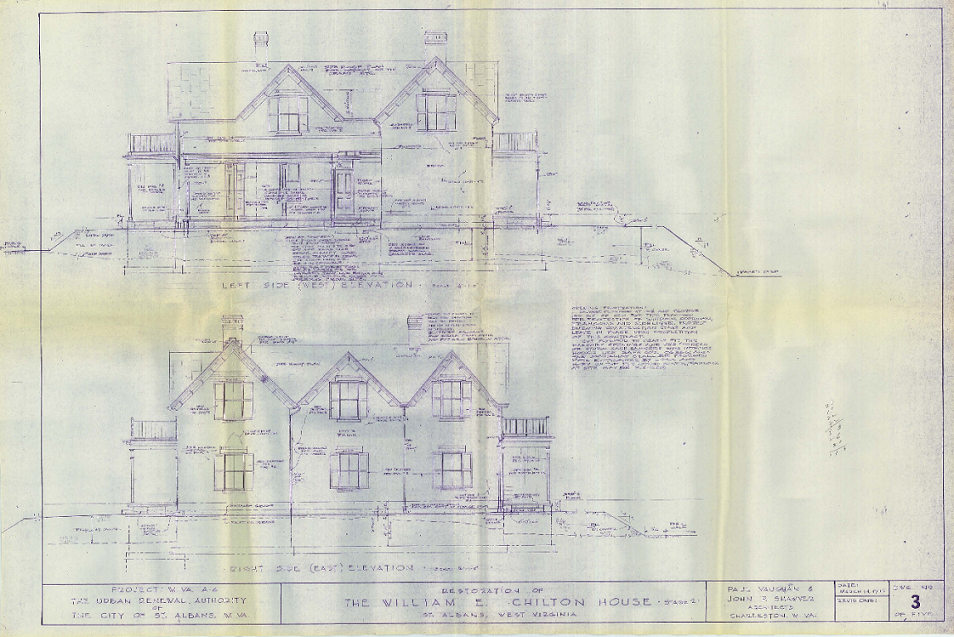 In 1856, Allen Smith, a local Coalsmouth (now Saint Albans) businessman purchased a lot and a year later in 1857, built what would become known as the Chilton House on that lot. The WV Antiquities Commission believes the Chilton House to be the oldest remaining structure of what was then the business district of town. The house itself has strong Gothic Revival architecture and it features numerous and steep gables. In 1883, the house was sold to Mary Elizabeth Wilson-Chilton, wife of William Chilton I. The house would remain in Chilton hands until 1915, when it was sold to their youngest son, John Savary.

It is unknown if their son William E. Chilton ever had permanent residence in the house, but he was known to have frequented his family there often, especially when he was practicing law and serving public office in Charleston. William would go on to become the prosecuting attorney for Kanawha County from 1883 to 1885. He would become West Virginia’s Secretary of State from 1893 to 1897 before later becoming a U.S. Senator from 1911 to 1917. In 1916 Chilton lost a reelection bid for Senate to Howard Sutherland and would return to practicing law. He would found a law firm with his brother and William A. MacCorkle: Chilton, MacCorkle, and Chilton. William Chilton would also become heavily involved in the newspaper business, acquiring the Charleston Gazette in 1912. The paper would remain in control under the Chilton family until 2018, when the paper declared bankruptcy.

In the mid-1970s the house would come under attack. The Saint Albans Urban Renewal Authority (SAURA) was attempting to build a loop traffic system on what is now 6th avenue. However, the Chilton House stood in the middle of their proposed plan. Following the outcome of the Phase II urban renewal hearings in 1973, it was determined that the Chilton House could not be left where it stood in the northern swing of the loop traffic pattern, and that the house could only be saved if someone purchased the house for and was willing to set up a museum. SAURA then stated that the house would be scheduled for demolition, and the loop would be built.

Plans for demolition came to a halt when the Saint Albans Historical Society had appealed to the West Virginia Antiquities Commission. To put a stop to the demolition, the WVAC had researched the house and determined that it was eligible for inclusion on the National Register of Historic Places. SAURA was then forced to spend $9,000 to relocate and renovate the house to where it stands today, and plans for the loop traffic pattern went through. Following a three-year long saga that forced SAURA to save and move the house they wanted to destroy, the Chilton House was put up for public or private sale in 1976. The house would finally be listed on the National Register in 1977, despite the house being in the middle of its renovation project. The Chilton House is currently home to locally owned family restaurant Angela’s on the River.