La Carpa García, known in English as the García Brothers Show, was a Mexican American carpa (travelling circus tent show) that was active from 1914 – 1947. Carpa García consisted of performers from several families originally established by Manuel V. and Teresa García. Carpa Garcia began operations in San Antonio in 1914. Manuel and Teresa's children were very active in the circus and all had character roles or dancing parts in the show. Their son, Manolo, was a gifted musician who often served as ringmaster. Another son, Rodolfo, created a popular comedic character, Don Fito, who charmed audiences. Daughters Aida, Consuelo, Gilberta, Esperanza, and Esther, were beautiful and talented dancers who performed trapeze acts, traditional folk dances, and other acrobatic feats. The Mexican tent shows were important to the Mexican-Americans of the Southwest during the Depression because they were accessible and provided a Spanish-speaking show that included political and social satire in addition to traditional and folk music and dances. They incorporated a variety of entertainment including hand sequined or embroidered costumes and even contemporary dances and songs. In the late 1940s, at the end of the vaudeville-era traveling show, the carpa members settled in San Antonio, Texas. Family members retired from show business or went on to perform in the Ringling Bros. and Barnum & Bailey Circus and in San Antonio nightclubs and big bands. Others chose to go into education and law enforcement. Descendants of La Carpa Garcia continue to perform today in big bands and nightclubs on San Antonio’s Riverwalk or even on the big screen in Hollywood.

Siblings, Esther, Consuelo, and Raymundo Garcia prepare the tent and caravan for the 1947 season. 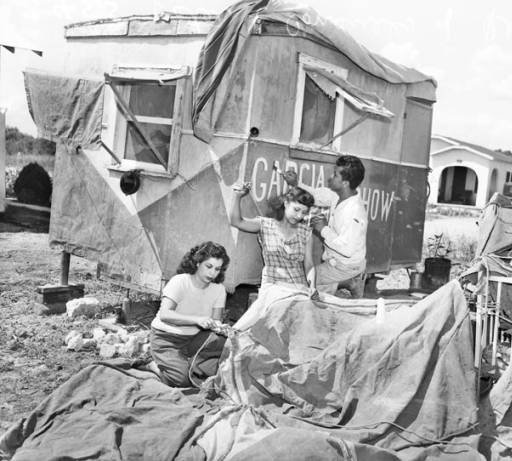 Sister and brother, Aida and Manuel "Manolo" Garcia are shown in costume from one of their dance routines. 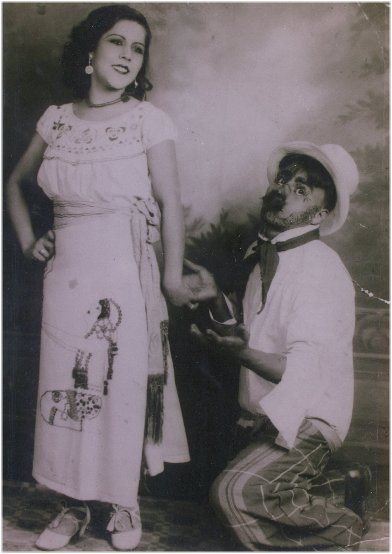 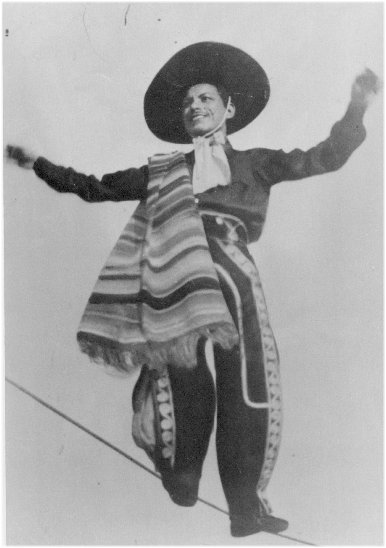