Built in 1912 as a passenger station for the city of Salamanca, the rail station served to transport the city's inhabitants to the East Salamanca station situated on the other side of the town. In 1928 the Baltimore and Ohio (B&O) Railroad bought the Buffalo Rochester and Pittsburg Railway and enhanced the services of the rail station up until the year 1956 when the station closed.

A modern photograph of the Salamanca Rail Museum. 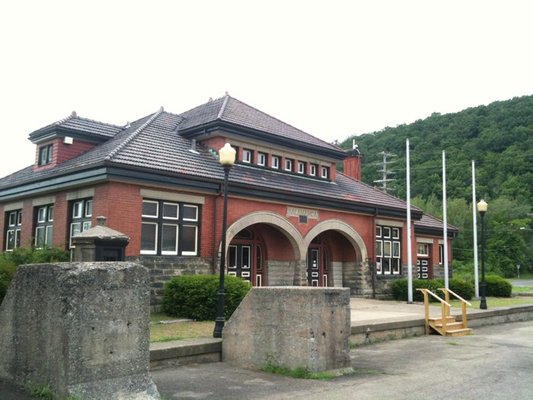 A color photograph of the Salamanca Rail Museum, taken in 1912. 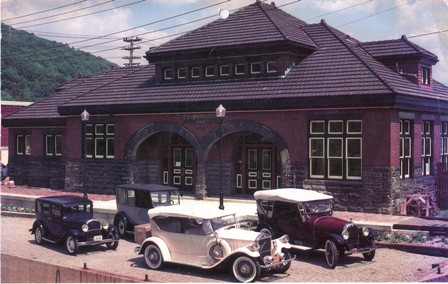 An old photograph of the Salamanca Rail Museum taken some time between 1912-1930. 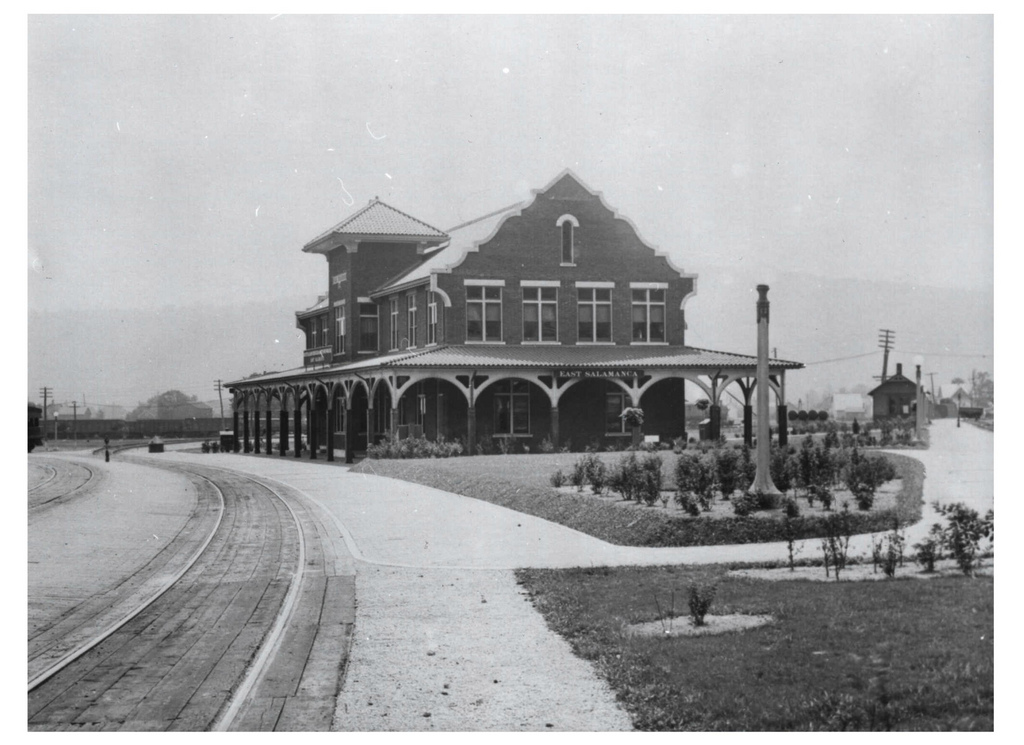 A more up close modern view of the Salamanca Rail Museum. 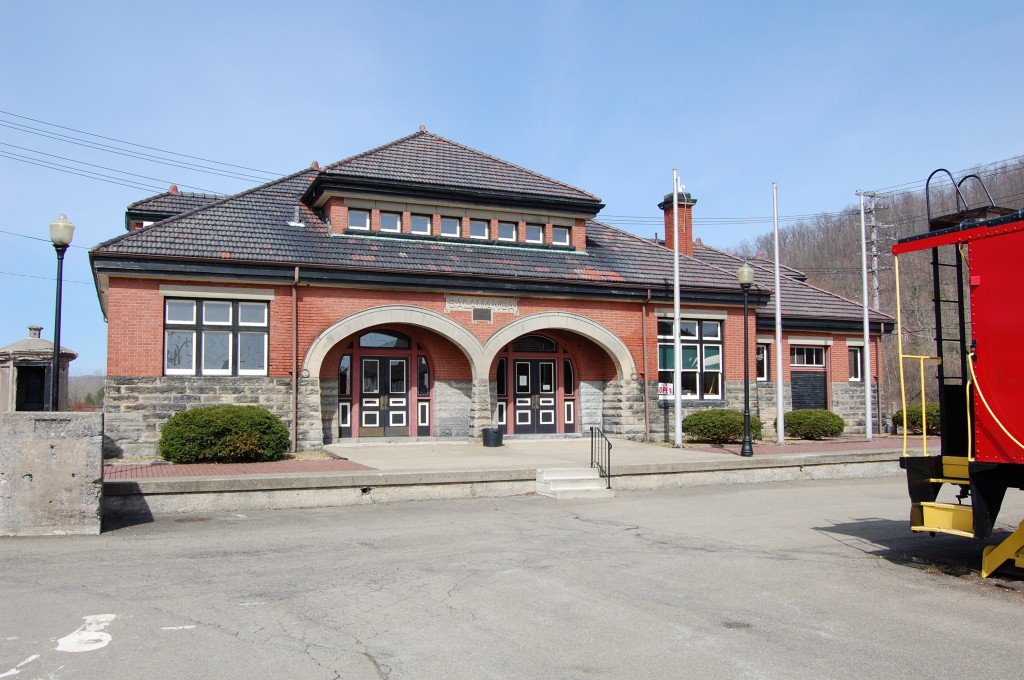 Throughout the course of American history, the incorporation of the railroad system has played an integral role in the unification of America as well as a means to transport more efficiently across terrains. One such railroad system that played a large role in the everyday life of its customers was the Salamanca rail system in the town of Salamanca, New York. Since its’ construction in 1912, the Salamanca Rail System was utilized by its’ inhabitants on a daily basis to get from one location of the city to another in a short period of time that would’ve been far more arduous to do on foot. However, while this rail system was a useful means of its’ citizens to get from point A to point B for the longest time, it eventually faded into the background with the coming of more modern technological transports. Yet despite losing its’ touch as a favorable means of transport for the city’s inhabitants, the rail station remains an integral part of the town’s culture and a reminder of Salamanca’s past.

While the rail system remains an important focal point of the town’s history, the city of Salamanca holds an equally important role during the course of New Yorks’ history. Prior to its’ establishment as a city, the land that would become the vicinity of Salamanca was once the home to the Seneca nation of Native Americans. Traditionally, called the “people of the hill” or “Nation of Snakes” by their enemies, the Senecas were considered the most warlike and ambitious of the Iroquois tribes who contributed over half of its fighting force to the league. Although designated as one group, there are multiple Seneca tribes throughout North America which include the Tonawanda from Akron New York, who are the most traditional of the Seneca. Second, the Senecas of the Grand River from Ontario, Canada, third the Seneca-Cayugas of Oklahoma. During the course of the eighteenth century, the Seneca nation found itself in the middle of European-conflicts which included the French and Indian War.

During these conflicts, the Senecas found themselves divided with a few branches of the tribes supporting the British and another supporting the Americans. Following the conclusion of the Revolutionary war, the Senecas had suffered a great loss of military and political power. The greatest blow to Seneca culture came in 1787 when land speculators began to pressure tribes in the state of New York to sell their lands. Throughout the latter years of the 18th century there would be more pressure brought on by the land companies, however, in 1816 President James Madison intensified the Seneca’s problems when he ordered the resettlement of the Seneca tribes to the west. Following their forced removal of a majority of their clan, the remaining Seneca’s of New York sold their territories to the state. To make this sale their last official deal, the Senecas adopted their first written constitution in 1853 which gave their legislative and executive powers to the chief of the tribe or the headman. The constitution also stated that any leader favoring removal would be kicked out of office.

The treaty, however, was asking for the removal of the Senecas to Kansas which was illegal. This can be said because a majority of the chiefs who signed or favored the conditions were either bribed, threatened or intimidated into agreeing to the terms. The Senecas were outraged at the terms of the treaty and its passage without a two-thirds majority vote. The Quakers protested vigorously as well. It was not until the year 1842, when the US government agreed to sign a compromise treaty which in turn caused the Senecas to relinquish their reservations of the Tonawanda and Buffalo Creek. It was with this defeat that the tribe returned to the Allegany, Cattaraugus and Oil springs reservations.

Following the departure of a majority of the natives, there still remained a good amount of natives in the Allegany region however they continued to struggle to maintain control of their reservation during the decades of the 1840s and 1850s. It was during the year of 1854 that the town of Salamanca was founded on the reservation’s grounds under the name of “Bucktooth” in honor of a notable Native American who lived in the vicinity at the time. Over the next few decades, the town eventually drew in other communities such as the Town of Red House, which took away a southern portion of the Salamanca town in 1869. Eight years following the town’s creation, Salamanca received a bigger boost with the creation of the railway system into its municipality and furthermore, it began to grow due to the influence of the new Erie railroad. By the year of 1863, the town began to grow at a more rapid pace when the Atlantic and Great Western Railway joined the Erie railroad system. When the town grew in the mid-1860s, the company moved east to build more shops and freight houses west of Main Street in Salamanca, this expansion led to the creation of a station named the “Windspitter” to help further advance the transport system in Salamanca. In 1878, the Rochester and State Line Railroad completed it’s railway from Rochester to the town of Salamanca itself. Because of this connection of the rail to the Pittsburg rail lines, the train stations situated in the town would then maintain connections with Pittsburg as well as Rochester by the year 1881.

In six years that passed since the Rochester and State Line Railroads’ completed its’ connection to the town of Salamanca, the rails system of the Rochester and the Pittsburg Railroad was consolidated into the Buffalo, Rochester and Pittsburg Railway thus expanding the connection between Salamanca and other settlements throughout the eastern seaboard. Around the time the railway system was completed by the year 1888, there were three railways incorporated within Salamanca’s system. These rails would include the Atlantic and Great Western Railway, the Buffalo, Rochester and Pittsburg and finally the Pennsylvania Railroad. The first being the Atlantic and Great Western Railway, whose station was no bigger than a small wooden shack. By the year 1912, another rail station was built in the town of Salamanca where it served as the passenger station for the Buffalo, Rochester, and Pittsburg while a majority of the freight was handled at another rail station in East Salamanca. However, by the year 1960, the railway as a means to transport inhabitants across the city fell out of favor with the presence of automobiles as a means to transport its inhabitants. Despite the railway system losing favor as the town’s main transport system among its inhabitants, the Salamanca Rail Station nevertheless remains an integral part of the history of the community. Nowadays, the station serves as a museum for both the inhabitants and visitors of the town to provide a detailed understanding to people who visit the history of who they were as a community.