During the late 1940s and 1950s, African Americans held a series of "wade-ins" at the Corrigan Drive pool which was located here and predated the construction of the current wave pool in South Park. Officially, the county-operated pool was open to everyone, although informally and in practice, the pool was only open to whites. African Americans were expected to attend the pool on One Hundred Acres Drive, known popularly as "Sully's Pool." Sully's pool was open between 1938 and 1977.

This picture shows the Corrigan Drive pool in 1943. This pool, like many others, were legally open to all races but in practice, African Americans were unwelcome. IU 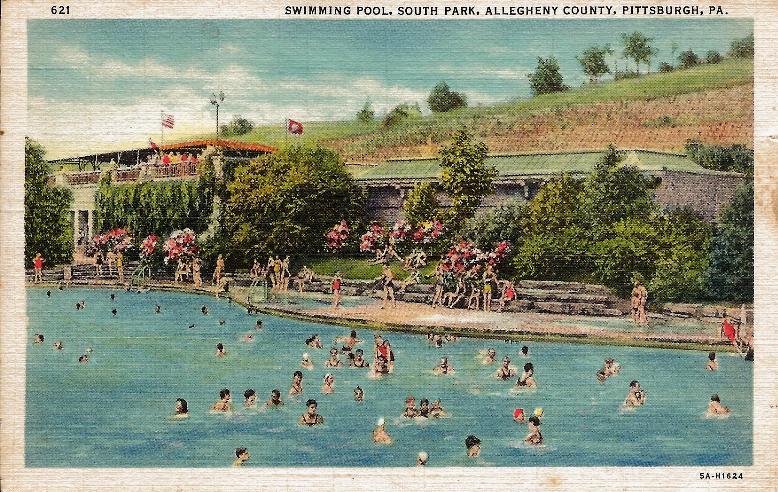 Throughout the 1950s, small groups African Americans challenged Pittsburgh's informal Jim Crow policies by swimming at South Park and other "white" pools. They were supported by a number of Black ministers, the Pittsburgh chapter of the National Association for the Advancement of Colored People, the Urban League of Pittsburgh. In many cases, Black patrons were made to feel unwelcome and even unsafe. On several occasions, the arrival of police may have actually prevented violence but the police often made the Black swimmers feel just as unwelcome as the white crowds.