One of four locations operated by the Noyes Museum of Art of Stockton University throughout southern New Jersey, this art gallery blends the work of local artists with rotating displays of art from around the world. The Museum maintains a central gallery and four gallery wings that offer a total of 9000 square feet of display space. The museum also offers a gift shop and a beautiful view of Lily Lake from windows located in the central gallery. 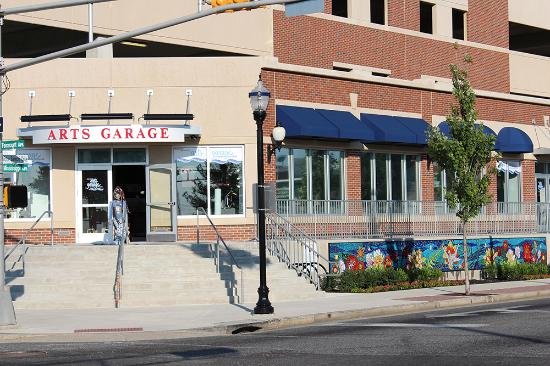 The Noyes museum opened in 1983 thanks to the efforts and the generosity of local entrepreneurs Fred W. and Ethel Noyes, Jr. The Noyes were avid art collectors and donated their collection of fine art. This collection continues to serve as the basis of the Noyes Museum and its four locations. In 2010, Stockton and the Noyes Museum began a partnership aimed at expanding access to the arts in southern New Jersey. In 2016, the museum became an official part of the university which now operates several galleries in addition to the Arts Garage in Atlantic City.

The original collection of the Noyes family has been expanded through purchases of works made by local artists and regional displays of folk art. The museum also hosts touring exhibits of American and international art, as well as educational programs for children and adults.