An iconic feature of the Central Library is the Stanley H. Durwood Film Vault. Located on the lower level of the Central Library, with walls of steel and reinforced concrete, it was a bank vault for more than 70 years before being redesigned as a mid-20th century movie theater. The massive vault door has been refurbished and remains permanently open. Another attraction is the Orval Hixon Gallery of portraits. Hixon was based in Kansas City and photographed hundreds of theater and vaudeville performers of the early 20th century. In keeping with the focus on film and media, the Vault Level also houses the Central Library’s audio-visual collection. 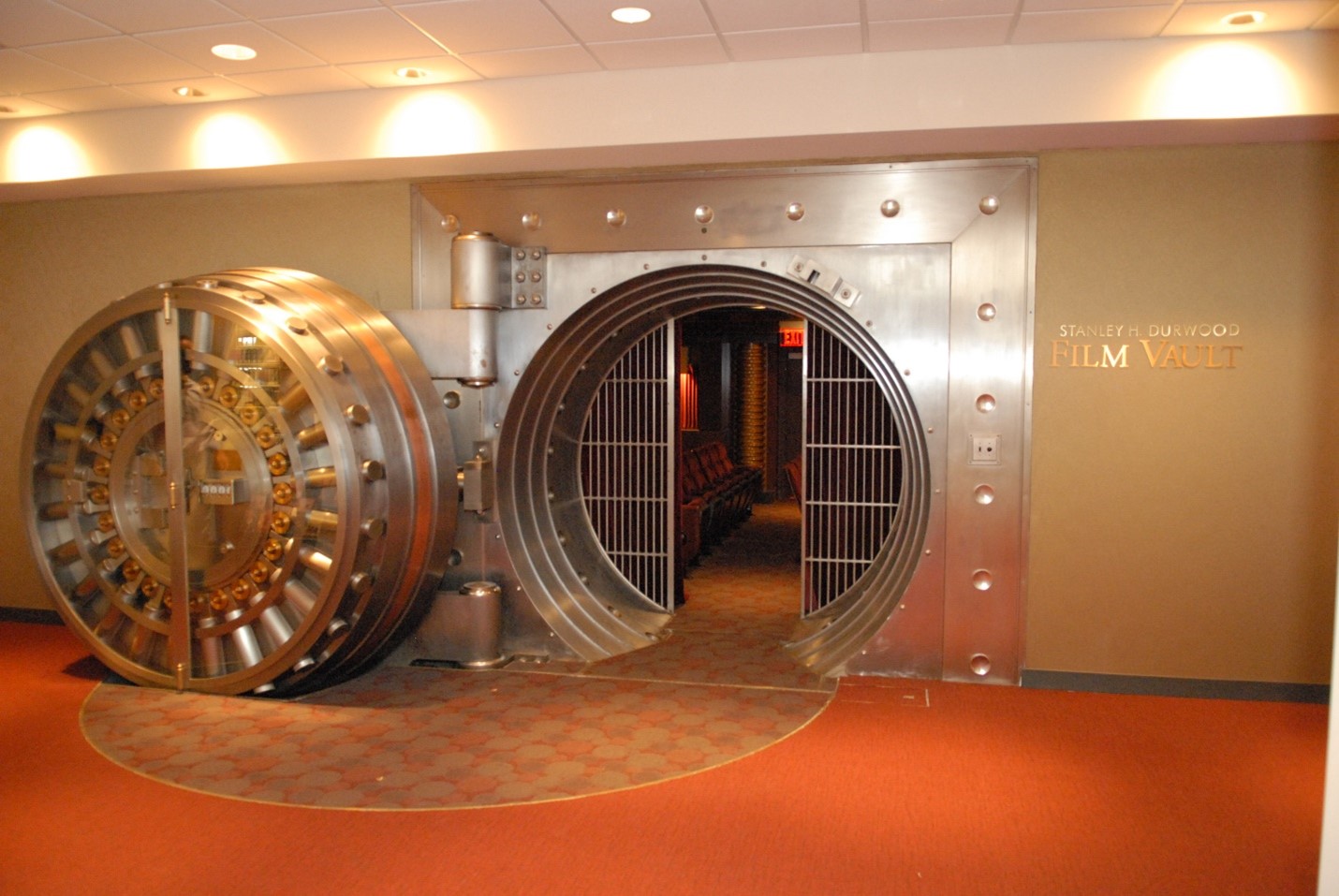 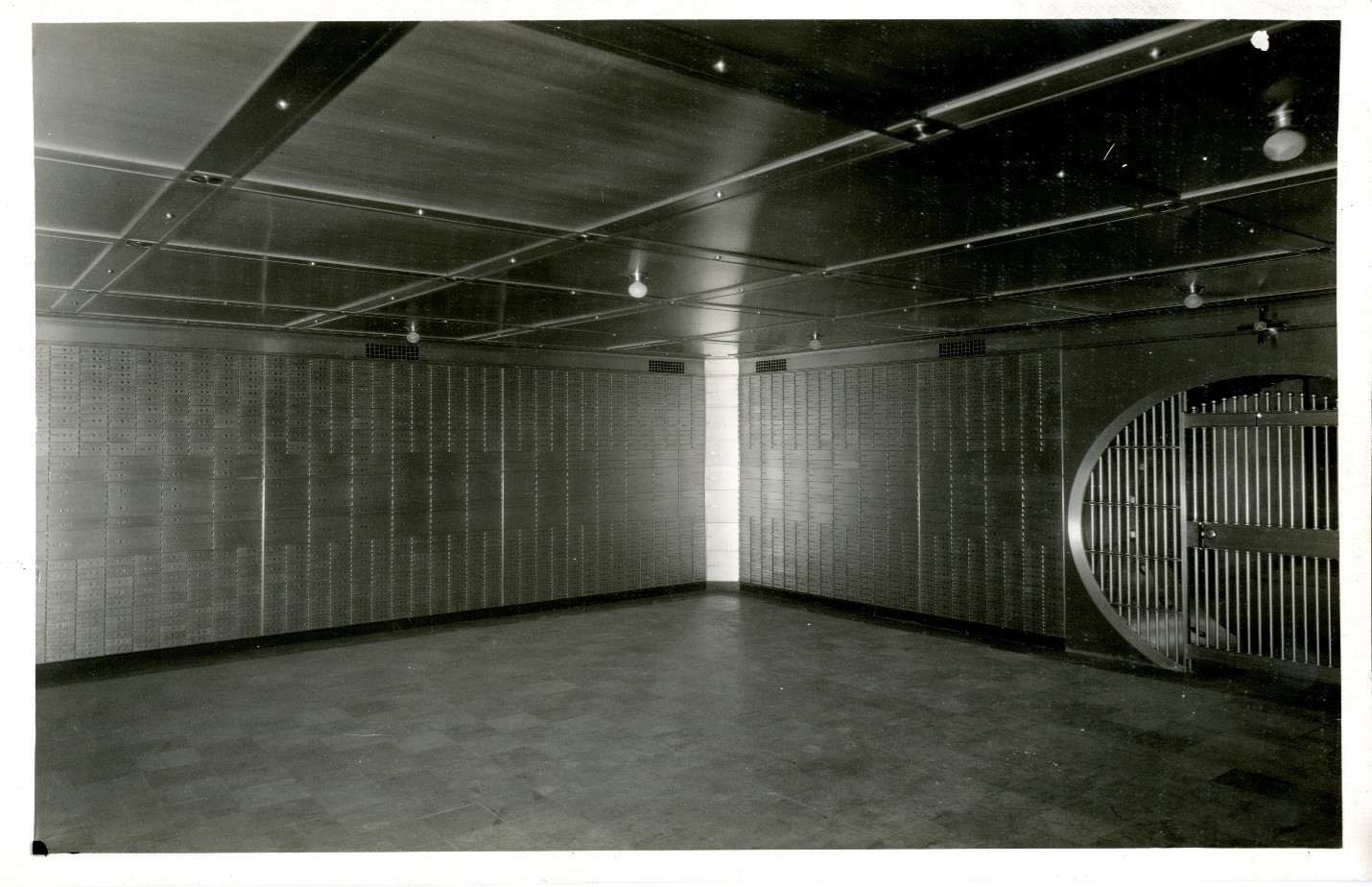 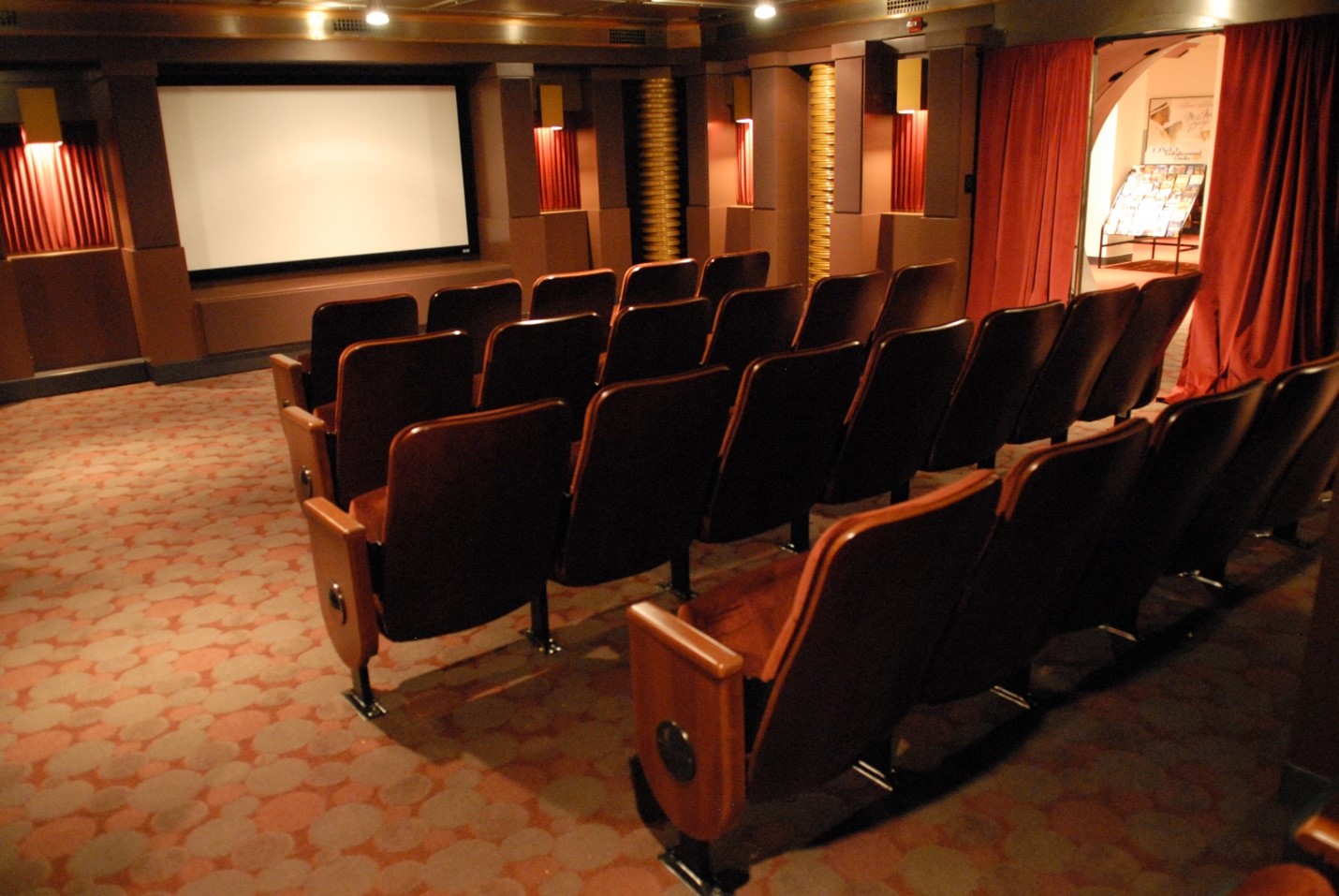 When the historic former First National Bank building was renovated and transformed into the Central Library, the aim was to retain many of the bank’s unique attributes. The vault is one of the most recognizable of these preserved features. Visitors to the lower lever will notice a massive 2-foot-thick, 7-foot-high vault door. Weighing 35 tons, it was so well balanced that it could be moved with just a single finger but now is permanently mounted in place.

Since the Central Library opened in the former bank building in 2004, the vault has been used for public and private film screenings. The Stanley Durwood Foundation donated more than $200,000 for major design and technology upgrades and, in 2007, the space reopened as the Stanley H. Durwood Film Vault. Durwood founded the prominent AMC Theater Company and was a pioneer of the multiplex theater concept.