Located on the fifth floor of the Central Library, the Missouri Valley Special Collections serves as the history arm and archives of the Kansas City Public Library. The department’s mission is to acquire and preserve materials documenting the history of Kansas City and the surrounding region and make them accessible to researchers and others in the general public. Thousands of books, manuscripts, photographs, maps, postcards, and other records comprise the Special Collections. Core collections focus on topics such as Kansas City’s built environment and social history, African American history and culture, Native Americans and the American West, and the Civil War on the western Missouri border. These materials are accessible to researchers in the Missouri Valley Room, which features an extensive local history browsing collection, a hand-drawn 1855 map of Westport, Missouri, and other displayed art and artifacts. 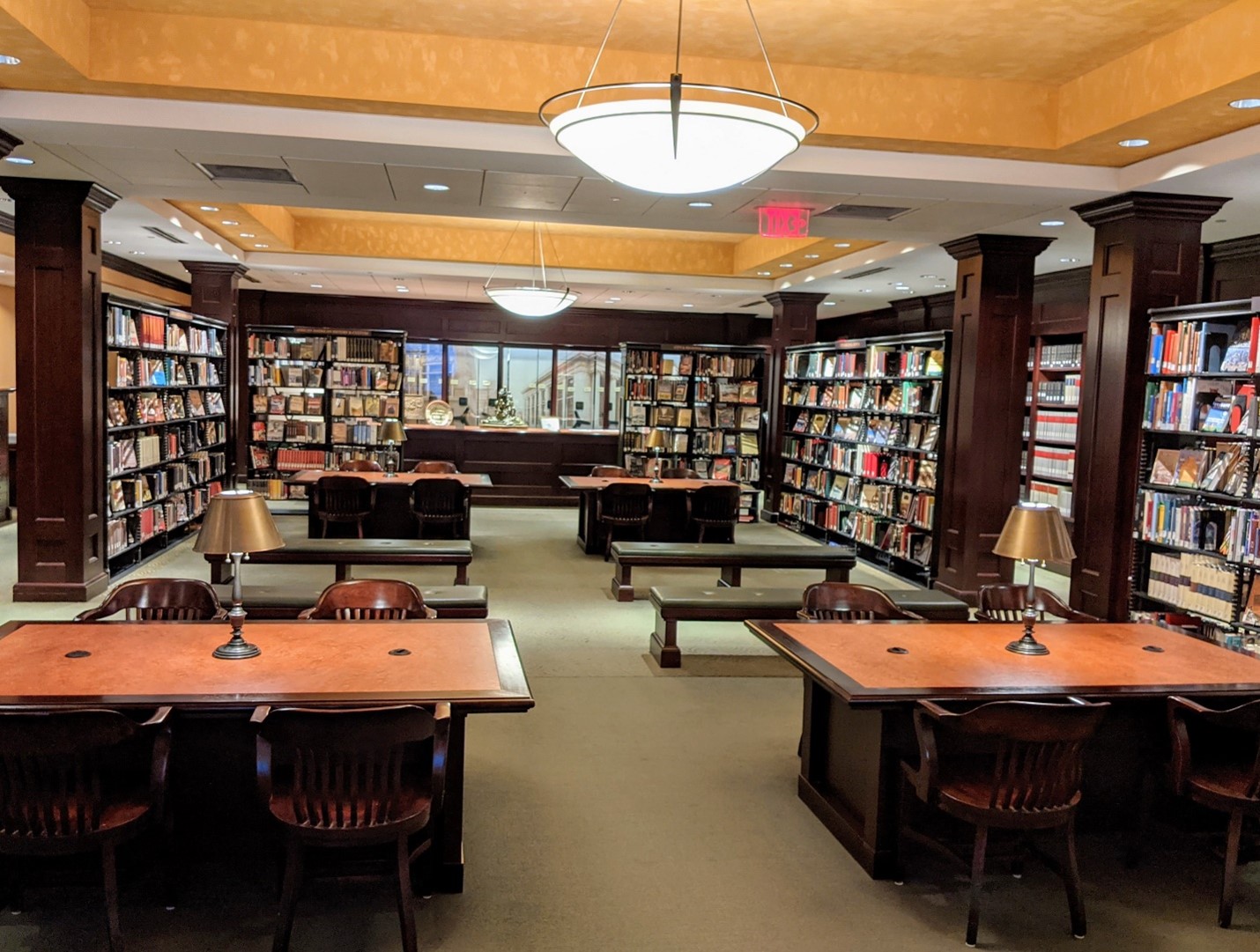 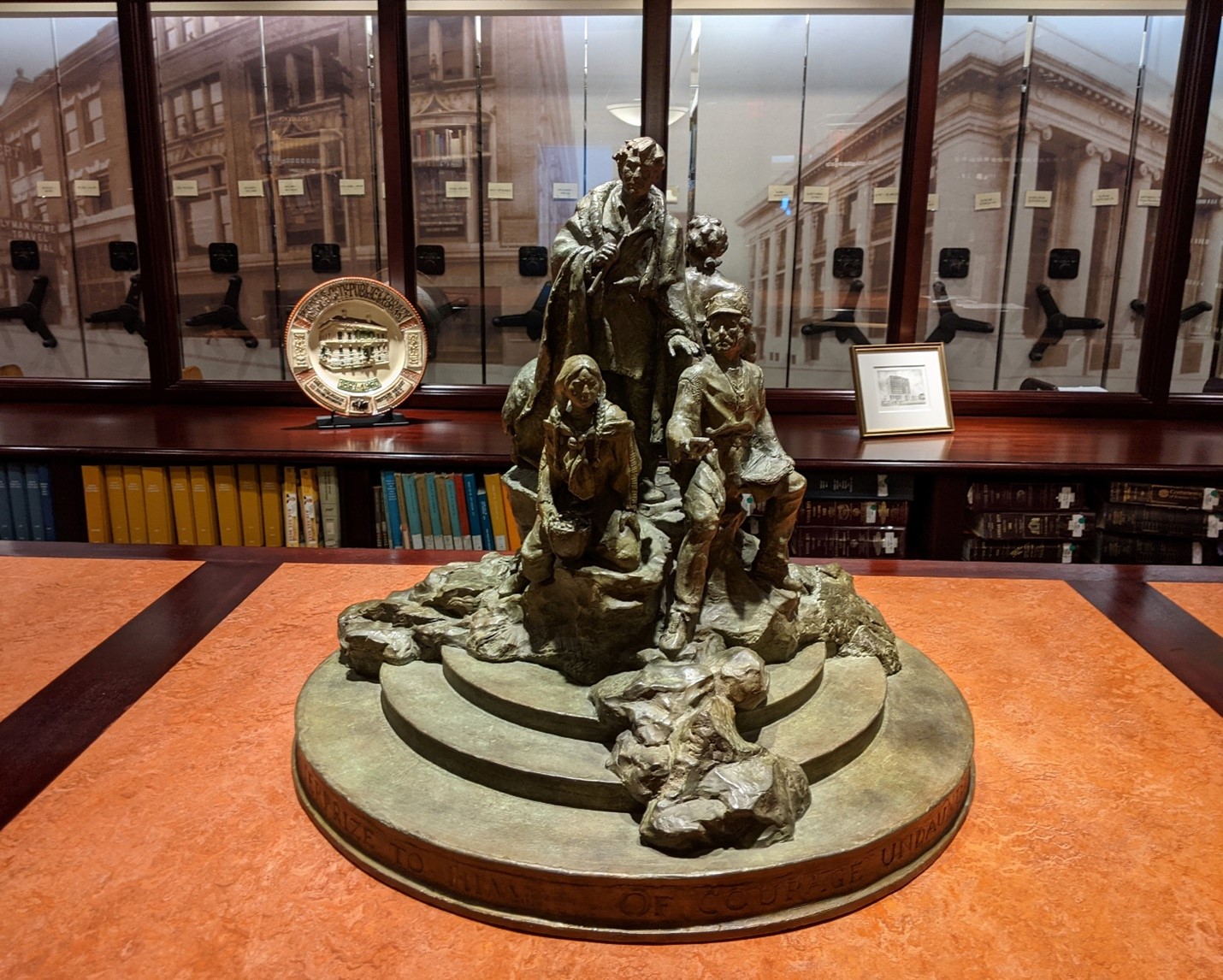 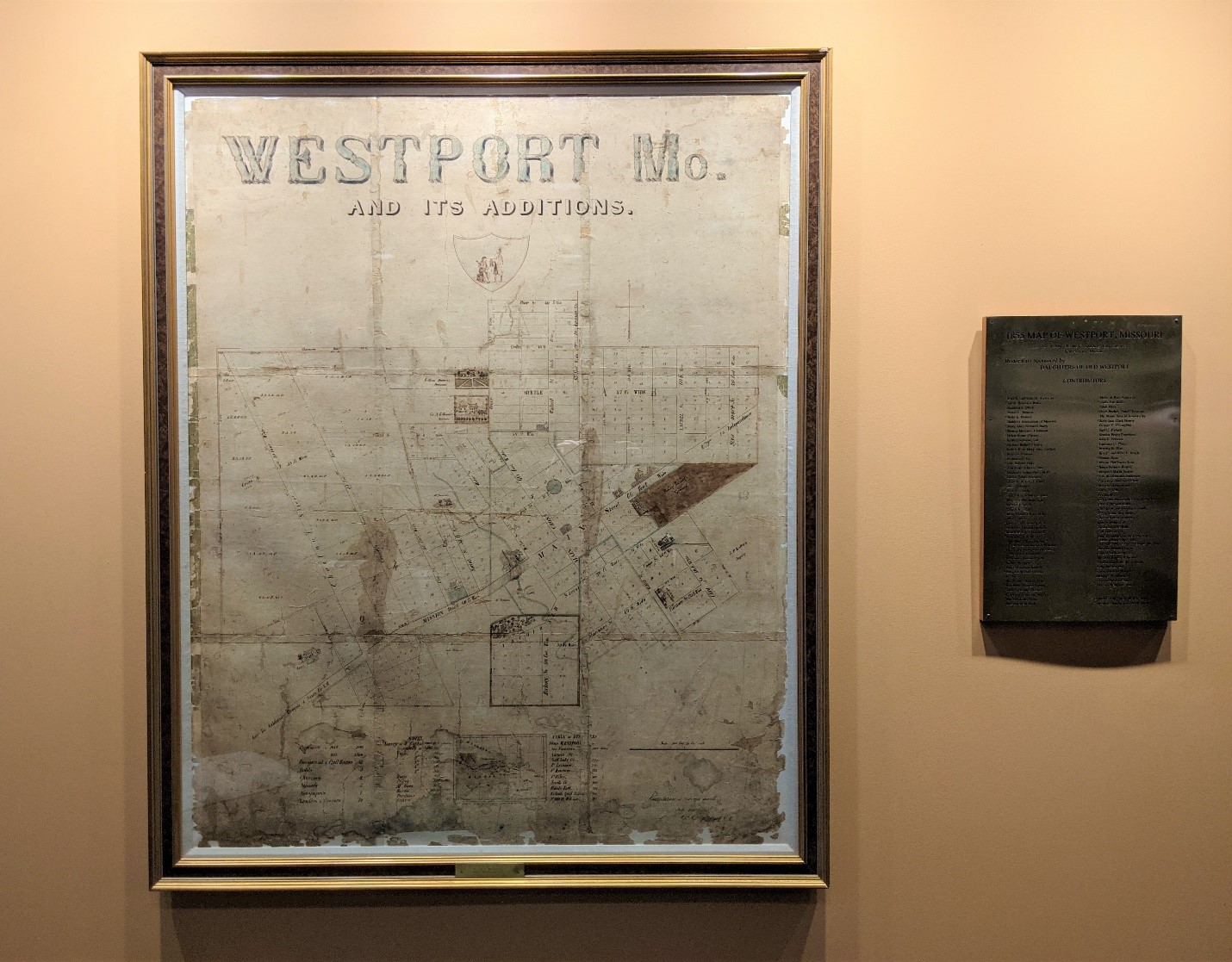 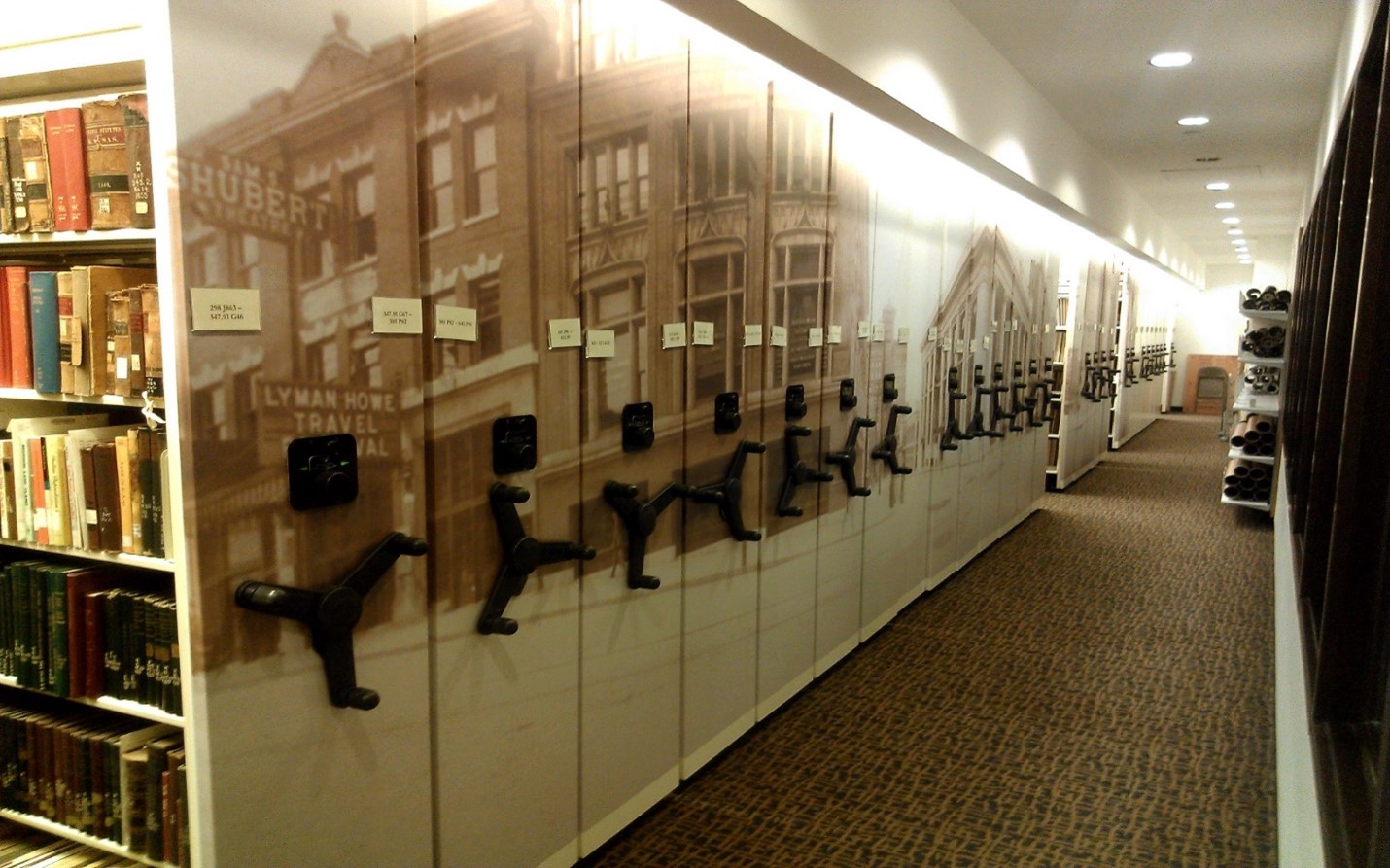 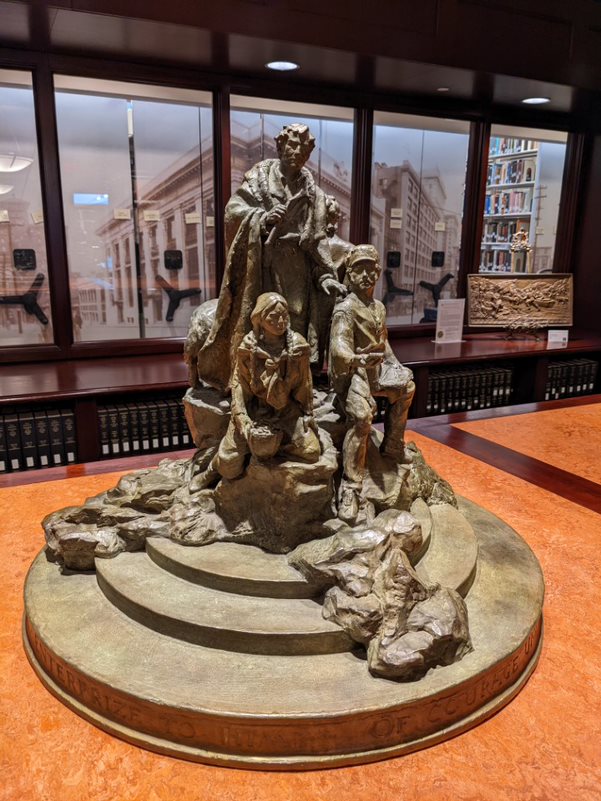 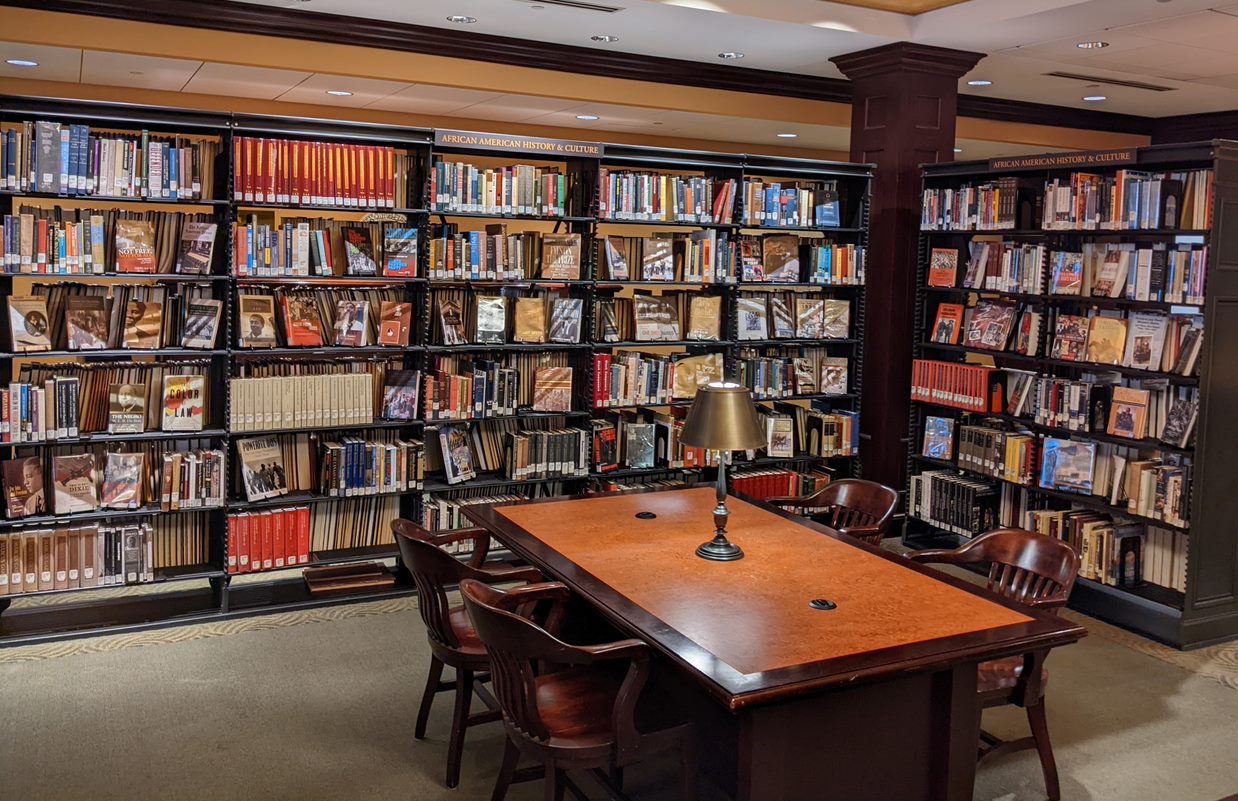 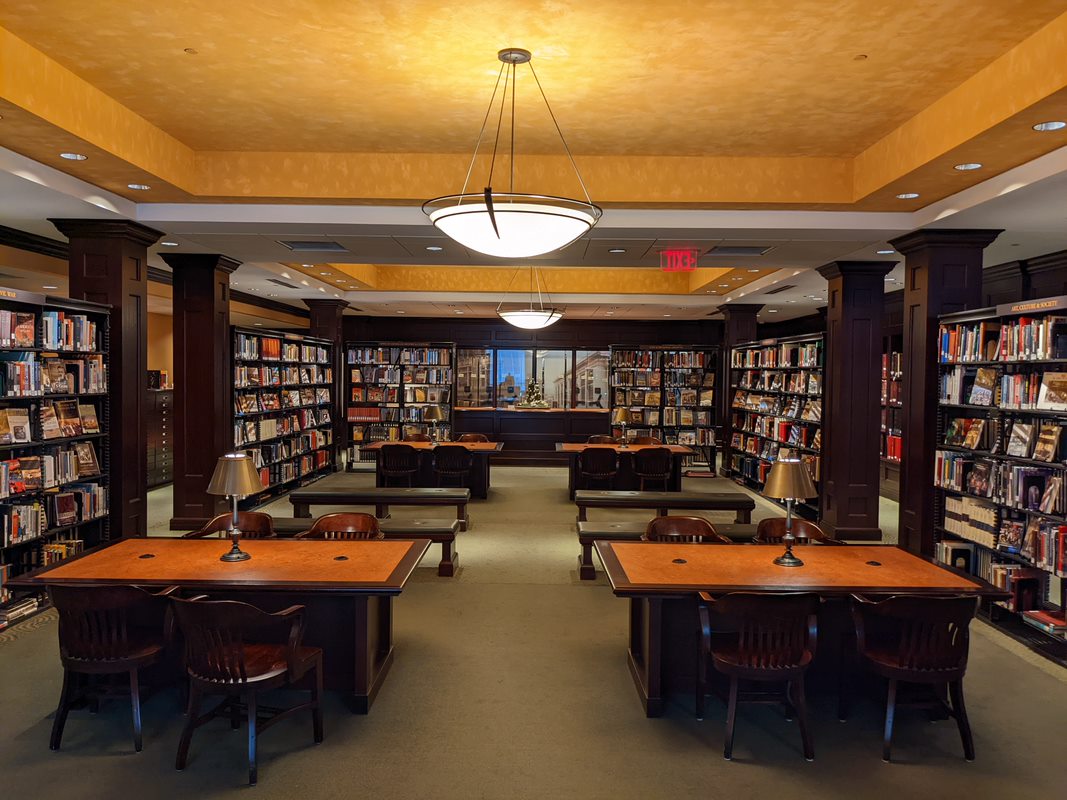 Also among the MVSC’s notable acquired collections: more than 15,000 prints and negatives from local photographer Brookings Montgomery; the Ramos Collection, comprised of books and records on African American history and culture, formerly housed in the Lincoln High School Branch Library; and the postcard collection of Mrs. Sam Ray, an avid collector who donated her personal collection of more than 16,000 postcards in 1996.

The original Missouri Valley Room was located on the third floor of the old Main Library at 12th and McGee streets. The research room featured an expansive mural by local artist Daniel MacMorris depicting significant events in the city’s early history. Additionally, an original 1855 map of Westport, Missouri, drawn by Kansas City’s first city engineer, Charles C. Spalding, was dedicated and put on display in 1989. The Library acquired the map from the Daughters of Old Westport, who also funded its restoration and framing.

When the Central Library relocated to the historic First National Bank building at 10th and Baltimore in 2004, a new Missouri Valley Room opened on the fifth floor. The space was dedicated to the memory of Dr. William Stone Woods (1840-1917), chairman of the National Bank of Commerce (now Commerce Bank) and a major benefactor to many regional causes including William Woods College in Fulton, Missouri.

A portrait of Woods is displayed on the east wall near the entrance. Spalding’s 1855 Westport map is featured prominently on the west side of the room. Other items of interest include a lithographic print of the 1887 National Agricultural Exposition in Kansas City, a replica of the “Corps of Discovery” sculpture, which honors the Lewis and Clark Expedition (1803-1806). The original sculpture by Eugene Daub was dedicated in 2000 in Kansas City’s West Terrace Park.

Most of the special collections are housed in the closed stacks area on the north end of the Missouri Valley Room. Glass panels allow for a peek into the stacks and a view of large panoramic photographs printed on the ends of the compact shelving. This image, of an original held by the Library of Congress, shows the intersection of West 10th Street and Baltimore Avenue around 1909, including the First National Bank building (now the Central Library) on the northeast corner.

Visitors to the Missouri Valley Room are welcome to peruse the browsing collections or request archival materials from the closed stacks. Front desk staff are available to assist with research requests and answer questions about the room.