In 1925, the Steinway and Sons piano company opened a combination recital hall and retail center at this location known as "Steinway Hall." The ornate showrooms were only a block away from Carnegie Hall and replaced the original Steinway Hall, which had opened in 1866 on East 14th. The "new" Steinway Hall of 1925 featured recording studios and opened with a live radio broadcast. Some of the world's most famous pianists and composers performed at this location, including Sergei Rachmaninoff. In 2012, the company announced that they were selling the building and moving their retail outlet to an office building built in the 1970s. The new retail space includes a storefront with large glass windows that may be less of a tourist destination and more of a traditional retail space. “It’s not like somebody who’s just come from a concert [at Carnegie Hall] wanders across the street to buy a piano,” the architect of the new space said in an interview with the New York Times. 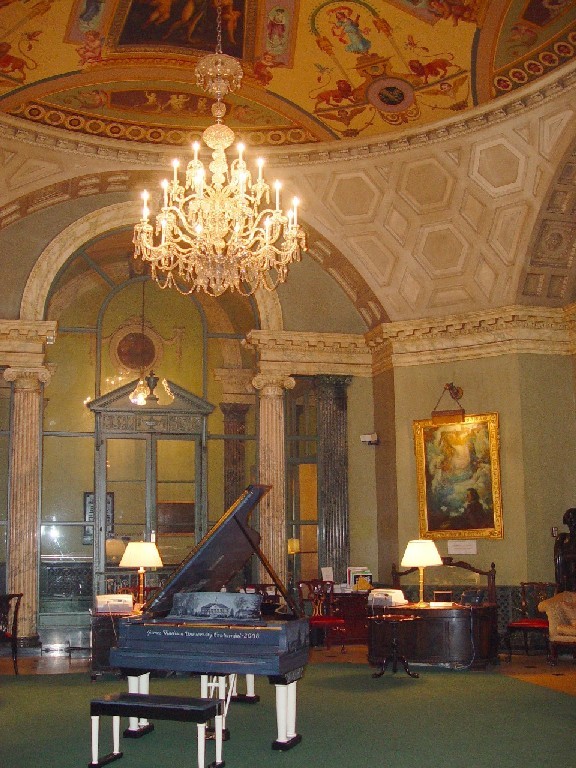 In 1866, the Steinway and Sons piano company opened a combination recital hall and retail center in New York City. Known as "Steinway Hall" and originally located at 71-73 East 14th Street, the elegant showrooms and concert hall could accommodate over 2000 guests. As a result, Steinway Hall not only hosted concerts, but readings and performances from literary icons such as Charles Dickens. This original Steinway Hall was also home to the New York Philharmonic prior to the completion of Carnegie Hall in 1891. In 1925, the company moved from East 14th Street to this location, across the street from Carnegie Hall. In 2012, the company announced that they had sold this building and would open a more modern retail outlet at 1133 Avenue of the Americas.