Something that started out a mere after school project to educate children on the importance of tolerance was able to grow into something quite incredible. The Children's Holocaust Memorial is housed at quite an interesting place where one may not have expected to find it. It can be found not far from Chattanooga in Whitwell Middle School, in Whitwell, Tennessee. The memorial stands in front of the school as a tribute to the many lives that were lost in the atrocities of the Holocaust. You will find multiple sculptures of butterflies and one of the rail cars that was used to transport the people who were victims of the Holocaust. Inside of the railcar, 11 million paperclips, each representing the life of an individual whom lost their life during this event, are placed. This project has touched the hearts of many and has developed into a life changing project for countless people. It has even inspired a film dedicated to telling the project’s story and the project has been implemented now in other schools as well.

Picture of the railcar. 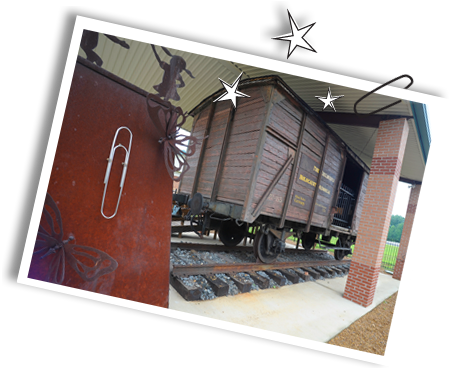 Another picture displaying the rail car. 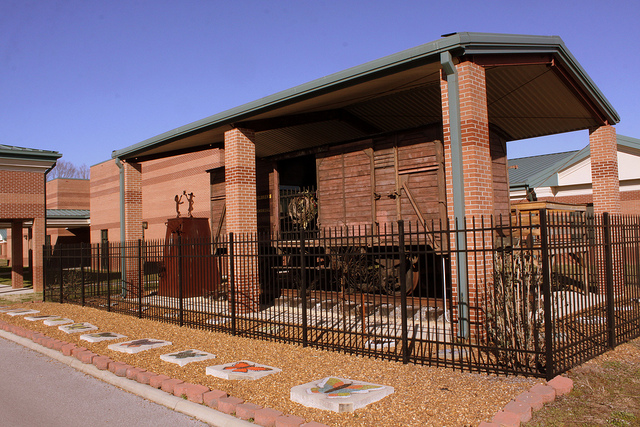 During WWII, the Jewish people were forced to display a Yellow Star of David on the clothing in order to establish their Jewish heritage. In response to the events that the Jewish people, and others, were facing, the Norwegians too wore an item. As a form of silent protest and a symbol of resistance Norwegians wore a paper clip. In 1998, the idea to use paper clips in order to represent the people witnessing the Holocaust became important once more.

In the small town of Whitwell, Tennessee, an afterschool project developed into something large and inspiring. The population diversity in Whitwell, Tennessee is very narrow and the amount of diversity within the local middle school was even smaller. The principal of Whitwell Middle School, Linda Hooper, proposed a project in order to encourage tolerance, open-mindedness, and understanding of other cultures for the children. In order to accomplish her goal, she sought the aid of the language arts teacher, Sandra Roberts, as well as the associate principal, David Smith. Together they came up with the idea to teach a tolerance course that entailed learning about the events of the Holocaust. When the students had a difficulty understanding the sheer enormity of this event they decided to try and collect a paperclip in memory of each person who perished during the events of the Holocaust.

The children sent many letters to people asking for them to each donate a single paper clip for their project. Correspondence was sent to all walks of life, their family members, friends, and even celebrities. The project began small but eventually grew into a large project in honor of the people who had passed. The students’ original goal was to acquire 6 million in memory of the Jews. However, as more and more paper clips arrived they then decided to make the memory for everyone that was involved such as the Roma, homosexuals, and etc.

The project extended over several years and in 2001 the school dedicated the Children’s Holocaust Memorial in order to hold all of the paper clips. The memorial is comprised of an actual rail car that was used to transport people during the Holocaust. The paper clips are all housed inside of it. It is also accompanied by several sculptures dedicated to the victims’ memory. Now when tours are given at the memorial the tour guide is unique. Several of the students that attend the school are the ones who offer the tours of the memorial and other items that the school has acquired. Since then a documentary about the project has also been made detailing the events.