The National Center for Civil and Human Rights

The National Center for Civil and Human Rights is a culturally engaging experience. Visitors are able to learn about the American Civil Rights Movement and also see how it connects to today’s Global Human Rights Movements. The establishment and cause draw inspiration right from its roots in Atlanta, Georgia during the Civil Rights Movement. The National Center for Civil and Human Rights features many galleries that display artifacts, anecdotal experiences, and photographic and symbolic imagery to illustrate the events that have and are taking place. By visiting, patrons are offered the opportunity to understand the importance of the fundamental rights of all human life. The center hopes to instill and inspire its visitors to gain a deeper understanding of the role they play in helping to protect the rights of all people.

View of one of the galleries. 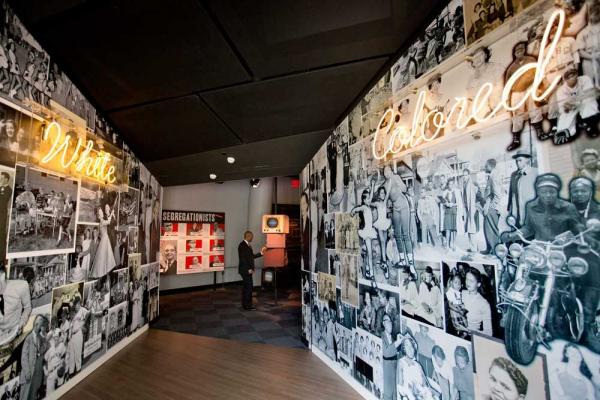 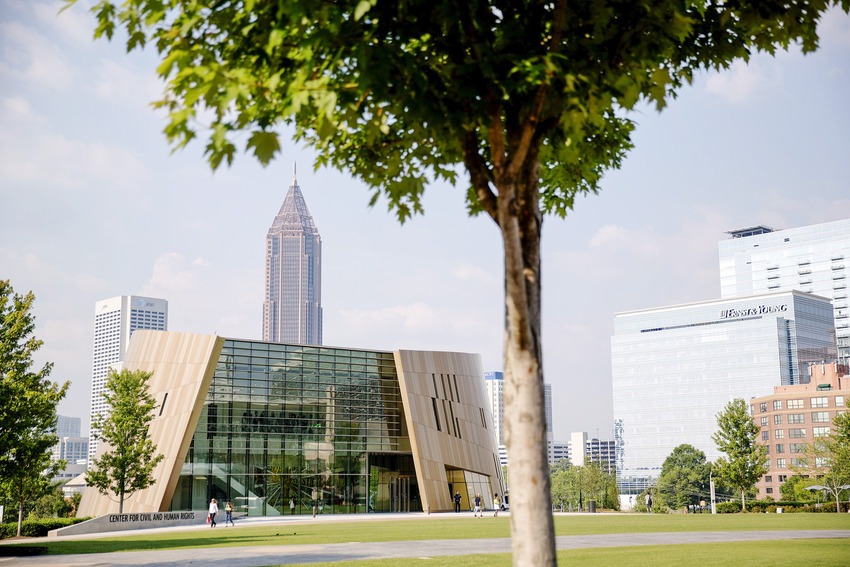 The National Center for Civil and Human Rights was first opened to the public on June 23, 2014. Several prominent leaders during the American Civil Rights Movement grouped together in order to achieve a place where people would be able to come and learn about its significance and correlation to other human rights movements. Three of the key founders were Evelyn Lowery, former UN ambassador Andrew Young, and former mayor Shirley Franklin. The building and the construction of the center were made possible through various people of the community and companies. The land the center is located on was donated by the Coca-Cola Company. The money in order to erect the building was raised from several generous donors such as; Delta Air Lines and local contributors like the Atlanta Falcons owner and The Home Depot co-founder Arthur Blank.

The design for the building’s construction was created by Phil Freelon. His design was chosen from amongst several ideas that were submitted for the competition for the best design. The theme he created reflected the ideas that the museum wanted to convey to its visitors. The walls of the center curve within embracing the interior exhibits. This is to illustrate the joining of hands and support. It creates a sense of unity between people and portrays the common goal they are trying to achieve together.

The galleries feature an array of different methods in which the patrons may engage in the American Civil Rights Movement. Each gallery offers the chance for the visitors to take a look into the past and see how this chain of events has significance even in events that are taking place today. The center exhibits images, artifacts, and personal anecdotal stories in order to illustrate the actions that made this movement possible. The museum also holds some of Martin Luther King Jr’s papers and writings. The elements incorporated within this museum are intended to create a sense and understanding of what it means to have basic, human rights. The American Civil Rights movement was comprised of a large network of different areas of people such as civic leaders, students, religious affiliates, etc. It has been a large inspiration in other areas and other parts of the world as well. The aim is to instill in the visitor’s minds that freedom is within the hands of the people and they are capable of helping others to reach these liberties as well.