Constructed in 1831 to cross the Thames River in London, this historic English bridge was facing demolition when it was sold to developer Robert McCulloch, transported to Arizona, and reassembled to cross a canal on Lake Havasu. The City of London sold the bridge in 1967 because it was insufficient to support the increased level of traffic. Robert McCulloch bought the original granite bricks from the bridge and added them to the reinforced concrete bridge here in Arizona. The project was finished in 1971 and links an island on Lake Havasu with the rest of Lake Havasu City. McCulloch had established Lake Havasu City in 1964 on the eastern shore of the lake. 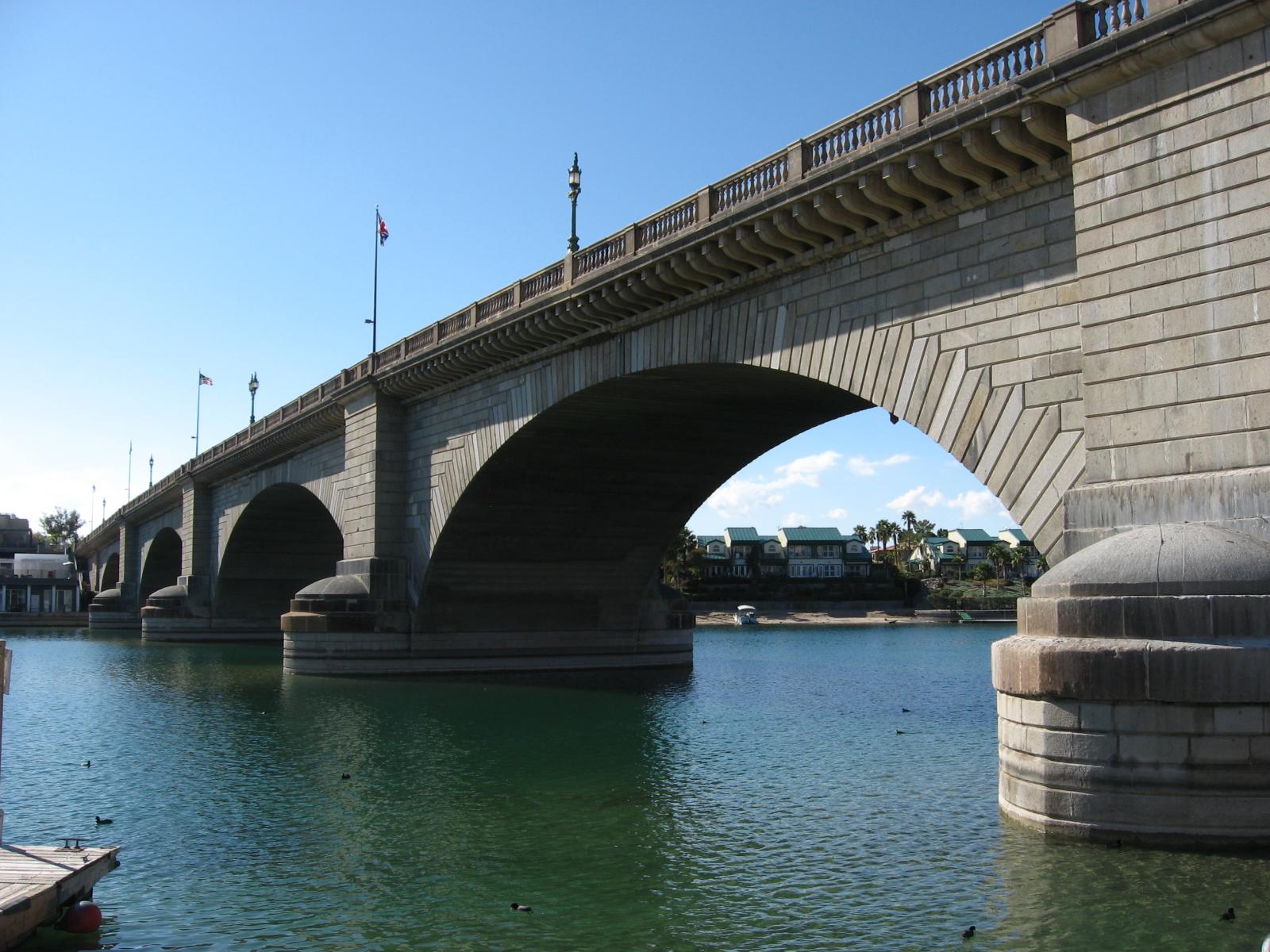 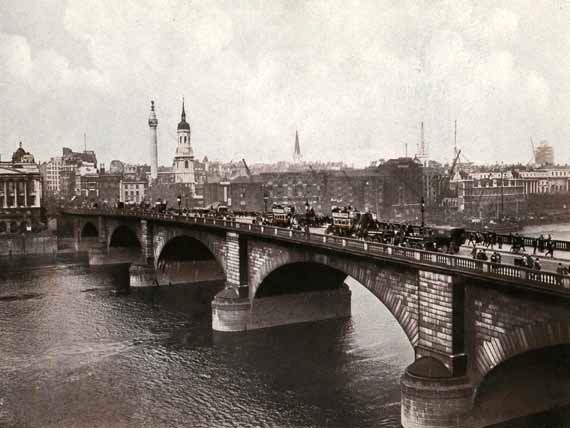 Scottish engineer John Rennie designed the London Bridge, a 930-foot vaulted arch bridge that was completed in 1831. It was his last project. But the bridge started sinking at a rate of an inch every 8 years. And by the early 20th century, automobile traffic stressed the bridge even further. By 1924, the east side of the bridge was almost 4 inches lower than the west side. Because of this, in 1967 the Common Council of the City of London started looking for buyers. One of those was Robert McCulloch, who had founded Lake Havasu City in 1964.

McCulloch had the winning bid of $2.4 million in 1968, which would be more than $17,000 in today's terms. Contrary to popular belief, McCulloch did not believe this was Tower Bridge of London. The purchase included not only the bridge itself but the lamp posts that had been made from the melted-down cannons that the British captured from Napoleon's armies after the Battle of Waterloo in 1815. After the bridge was dismantled, all of its 10,276 bricks were transported via the Panama Canal to California. They were then trucked to Arizona. The assembly of the bridge and the construction of the canal cost $7 million. When assembly began in 1968, Lord Mayor of London Sir Gilbert Englefield relaid the foundation stone.

The original bridge was 130,000 tons. The reconstructed bridge is only 30,000 tons, but the interior steel-reinforced concrete framework makes it stronger and more able to support traffic. The Lake Havasu City Visitor Center conducts a walking tour of the bridge.