The commercial building at 333 South Main Street was built for local merchant William Tienken in 1916 and was designed by the Fisher Brothers architectural firm of Pontiac. Tienken was a member of a pioneer Avon Township farming family, for whom Tienken Road was named. Tienken was a partner in the Tienken & Case hardware firm of Rochester until 1915, when he decided to form his own plumbing supply business. This building housed Tienken's business until 1932, after which is was the site of multiple retail establishments, including Henry Feet's grocery store, a Western Auto store, an optical shop, and a clothing boutique. 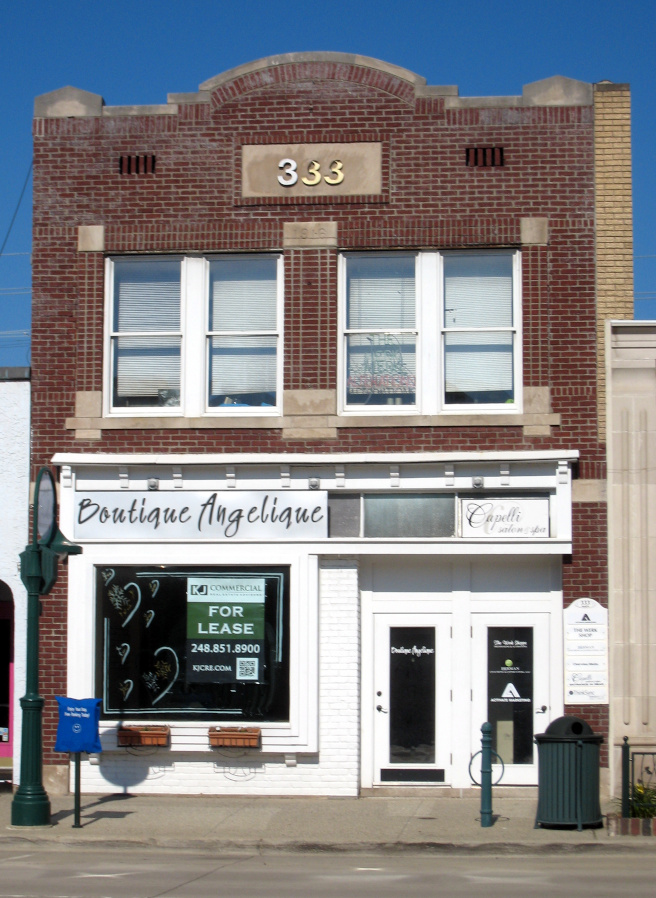 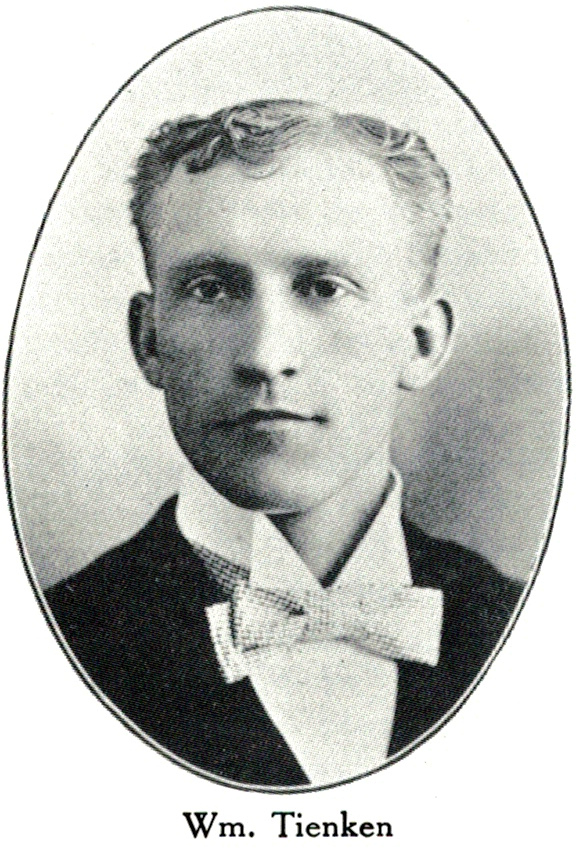 Newspaper announcement of opening of Red and White grocery in the William Tienken Building, 1932 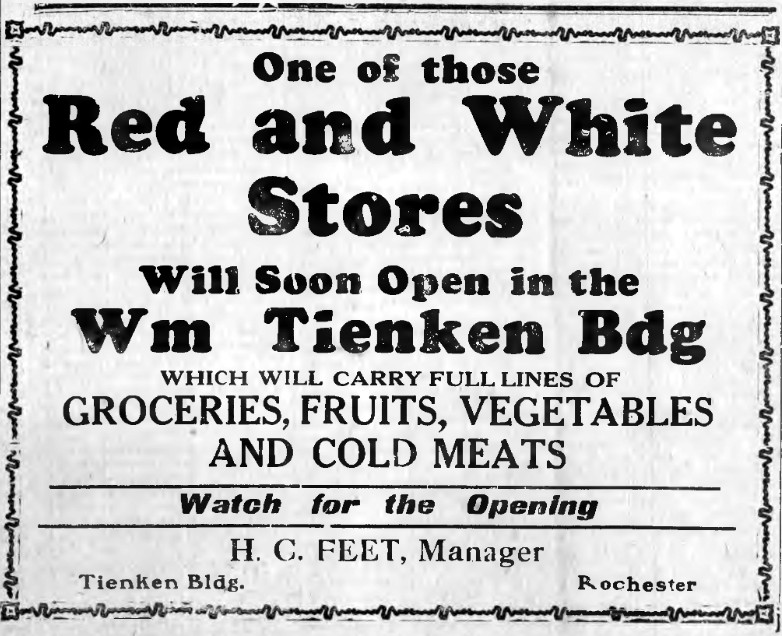 The building at 333 S. Main was built in the summer of 1916 by William Tienken. Born in 1869 in Avon Township, Tienken was the son of pioneer Henry Tienken, Sr., whose large farm in Avon fronted what is known today as Tienken Road. As a young man, Will Tienken gained business experience by working in New York City and Detroit, then returned to Rochester in 1899 to form a partnership with Charles W. Case in the hardware business.

The hardware firm of Tienken & Case was dissolved in 1915, and the former partners continued in business separately. William Tienken decided to go into the plumbing business and built a new store directly adjacent to the Case hardware on the south, at 333 S. Main. The trade journal Domestic Engineering reported as follows on June 12, 1915: "Tienken & Case, of Rochester, Mich., plumbing contractors, hardware and real estate dealers, have dissolved partnership. The plumbing department has been taken over by William Tienken, who will operate it under his own name."

The American Contractor issue of February 26, 1916, published the following details about the construction:

The architects, William John Fisher and his brother, Charles A. Fisher, were born in Pontiac, Michigan, the sons of German immigrants. Both brothers earned degrees from the University of Michigan and founded an architecture and engineering partnership in Pontiac in 1895. Among the firm's projects were the Rapids Motor Company plant, the 1913 Fisher Block at the corner of Huron and Wayne streets in Pontiac, and numerous schools and business blocks. In Rochester, they were also the designers of the George M. Flumerfelt house on Walnut Street, and the Samuel Harris fountain.

When it opened in mid-1916, Tienken's new building housed his plumbing and heating store on the first floor, and the offices of osteopathic physician Dr. Mark C. Carpenter on the second floor. The building was the home of Tienken Plumbing & Heating until 1932, when Henry Feet's Red & White Grocery Store took over the retail space. The Red & White store changed hands and was renamed Sisson Market in January 1942; it moved to another space on the block and a Western Auto store moved into the Tienken building. Western Auto continued at that location throughout the 1950s. From the 1960s until the mid-1980s, 333 S. Main was the home of the Rochester Optical Center, and after that, the Rochester Vision Center. Later it was the home of a women's clothing store called Boutique Angelique.

A county history compiled in 1903, prior to the dissolution of the Tienken & Case partnership, provides the following sketch of William Tienken:

William Tienken, senior member of the firm of Tienken & Case, of Rochester, is a prominent citizen of Avon township, and is well known throughout Oakland County. He was born in Avon township, July 15, 1869, and is a son of Henry Tienken, Sr., who reared a family of two daughters and three sons.

Our subject was reared on his father's farm in Avon township and obtained his education in the public schools of his district and in the Rochester High School. He was 17 years old when he began his business career as a clerk in a grocery store in New York City, where he remained for two and a half years, gaining much valuable experience in business methods.

Upon his return to the West, he was employed at the Russell House in Detroit for two and a half years. His next business association was with the wholesale grocery of Hull Brothers, with whom he remained five years, giving up his position there to embark in the restaurant business. After six years in that line, in 1899, he located in Rochester, where he formed his present partnership and has been prospering ever since.

Mr. Tienken belongs to Lodge No. 5, F. & A. M., of Rochester; also to the chapter, and is a member of the Order of the Eastern Star, and the Elks at Pontiac. Both as a fraternity man and as an honest and upright business citizen, he enjoys a wide acquaintance and is held in much esteem in the community.