Located only one mile northwest of Virginia City, Nevada City is a historic ghost town dating to the 1860s that is now an outdoor museum. The site features around 100 buildings; most of them are recreated but 14 are original. Nevada City thrived briefly as a gold rush town but was mostly abandoned by 1876. Today, the museum boasts one of the biggest collections Old West artifacts in the country. These include what is believed to the largest collection of antique music machines such as player pianos, calliopses, old-time music boxes, Wurlitzer organs, and the biggest music organ in the world. The museum also offers a variety of programs and events run by reenactors dressed in period clothing. Two of the historic buildings at the museum—the Dr. Don L. Byam House and Finney House—are listed on the National Register of Historic Places. Other buildings include a saloon, general store, dining hall, and a barn.

Nevada City is an historic outdoor museum dating to the 1860s. This building, the Music Hall, displays the museum's large collection of antique music machines and organs. 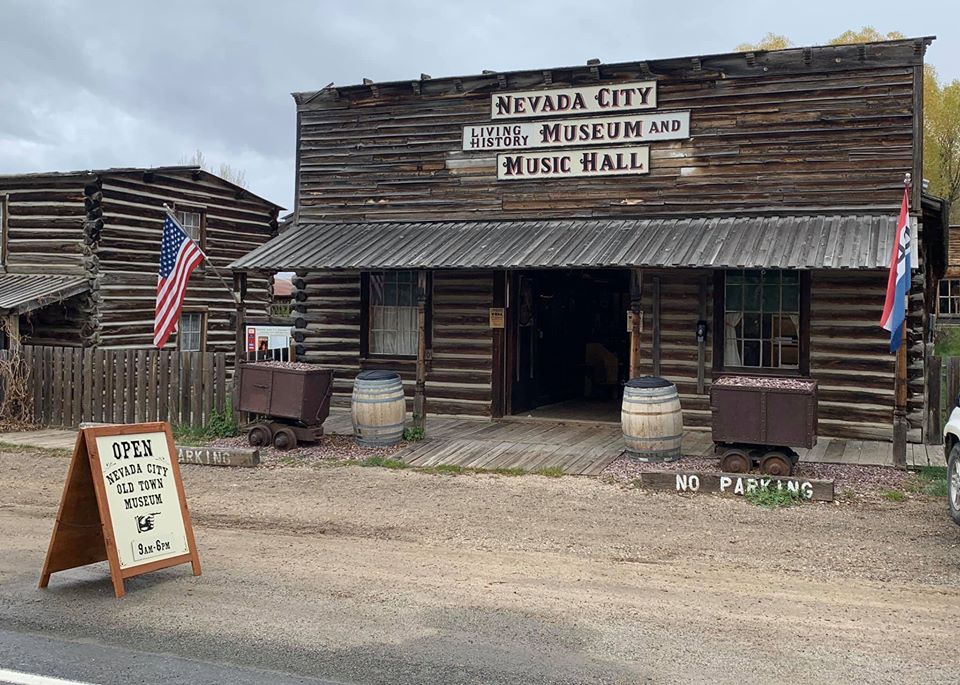 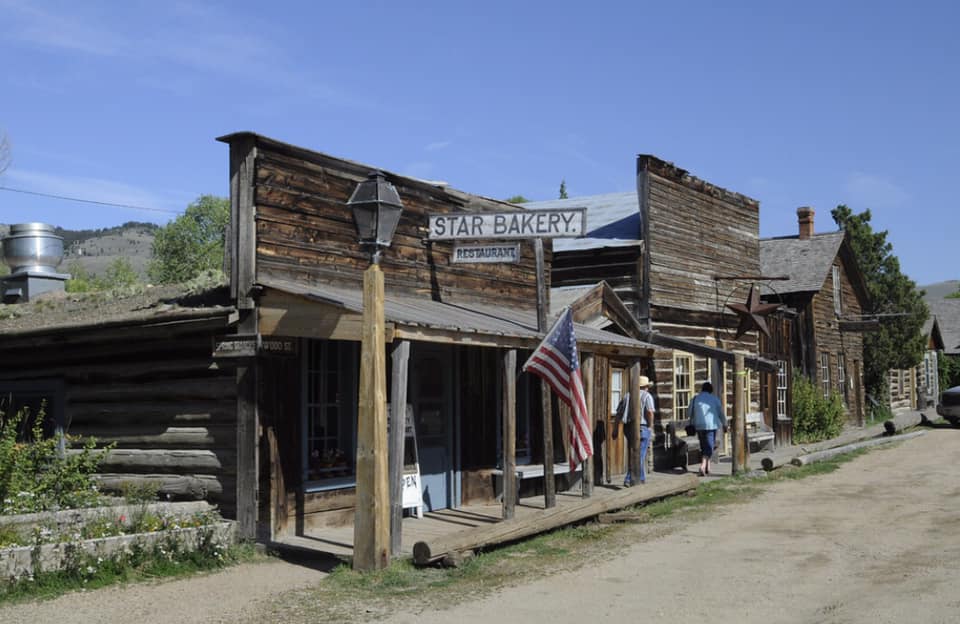 Passengers can ride this train between Nevada City and Virginia City. 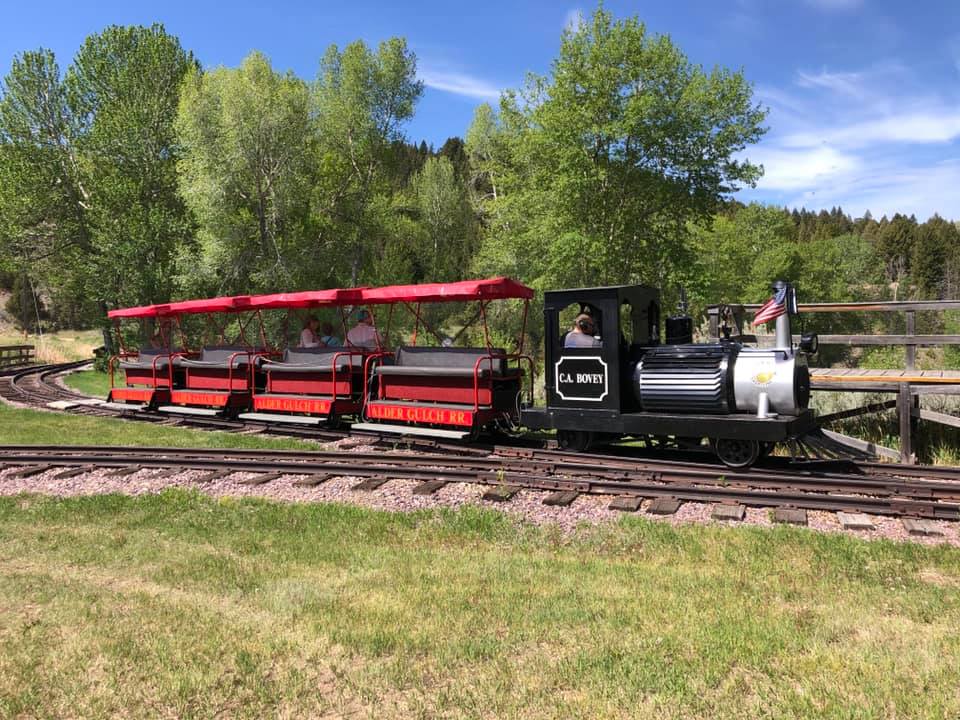 Miners flocked to western Montana in 1862 after gold was found in Bannack (which is now a state park). The next year, miners Bill Fairweather, Henry Edgar and others found gold in the Adler Gulch, what would become the most lucrative placer (a surface deposit of gold) rush in the state's history. The men attempted to keep the discovery a secret but word got out, which attracted hundreds of other miners. It is estimated that the population at the gulch grew to around 30,000 people at the rush's peak and that around $30 million dollars worth of gold was extracted in the 1860s. The total amount extracted from the gulch through the early 20th century is estimated to be of approximately $130 million dollars ($2.5 billion in today's dollars).

The people who arrived formed several communities along the gulch that stretched for 14 miles, including Nevada City and Virginia City. At its height, Nevada City featured dozens of businesses and cabins and even became the first incorporated town in the Montana Territory. Nevada City's good times didn't last, however. The population declined to 110 people by 1869 and, as noted above, the town was virtually abandoned by 1876. As for Virginia City, it became the most prosperous community and for a time was the capitol of the Montana Territory until 1875. Unlike Nevada City, it was never completely abandoned and and is now a popular tourist attraction and the best preserved of the mining towns that sprung up on the gulch.

Unfortunately, most of Nevada City and other communities along the gulch were destroyed between 1896-1923 when a mining company which dredged the ravine. The buildings that survived were bought by Charles and Sue Bovey and relocated to where they stand now on the town's old streets. A railroad for tourists was built between Nevada and Virginia City in 1964. The recreated buildings were constructed in the coming years.

All photos via the Montana Heritage Commission