Built in 1876, the Historic Canton Church is the oldest secular Roman Catholic church still standing in Montana. It is also significant for its Colonial Revival architecture, which is rare in the state. It was originally known as St. Joseph's Catholic Mission Church and served the Catholic residents in the Missouri River Valley, who wanted a church to attend religious services and gather for social events. Today, the Canton Church Restoration Foundation manages the church and hosts a variety of events. St. Joseph's was added to the National Register of Historic Places in 1998.

The Historic Canton Church was built in 1876 and is significant as the oldest secular Roman Catholic church still standing in Montana. 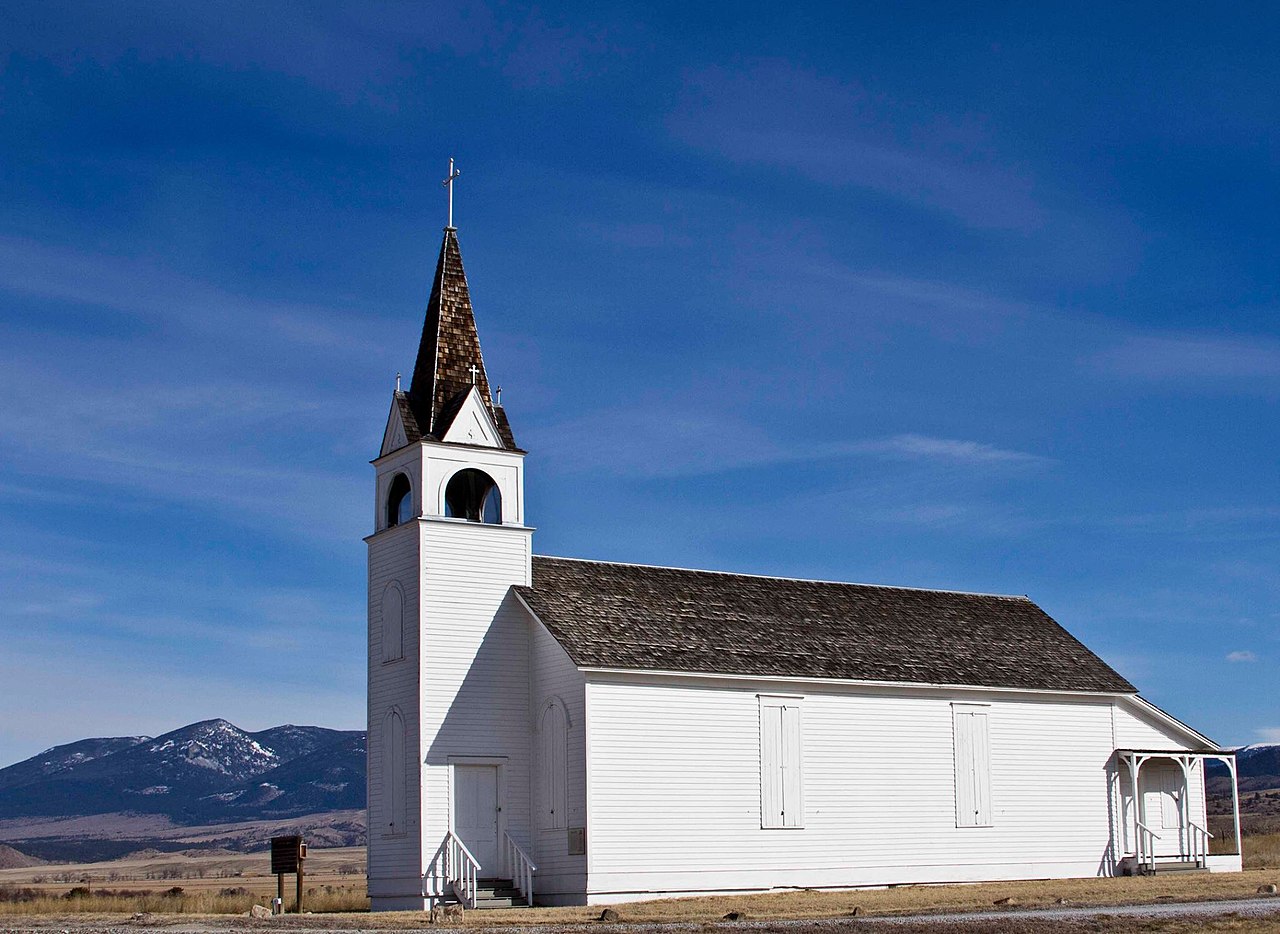 The discovery of gold in the mid-1860s in the Big Belt and Elkhorn mountains attracted miners, settlers, and businessmen to the Missouri River Valley. These people established communities in the area including Canton and Townsend (Canton no longer exists; where it was is now under the man-made Canyon Ferry Lake). Residents of Canton hoped the Northern Pacific Railroad would pass through but instead it platted Townsend where it crossed the Missouri River.

Two farmers donated some land for St. Joseph's Church. Local residents raised money for the project and built the church themselves under the direction of a carpenter. Both Catholics and non-catholics helped in the effort. The building did not originally have a steeple or vestibule; these were added in 1902. The church was moved to is present location in 1952 in preparation for the raising of the lake.