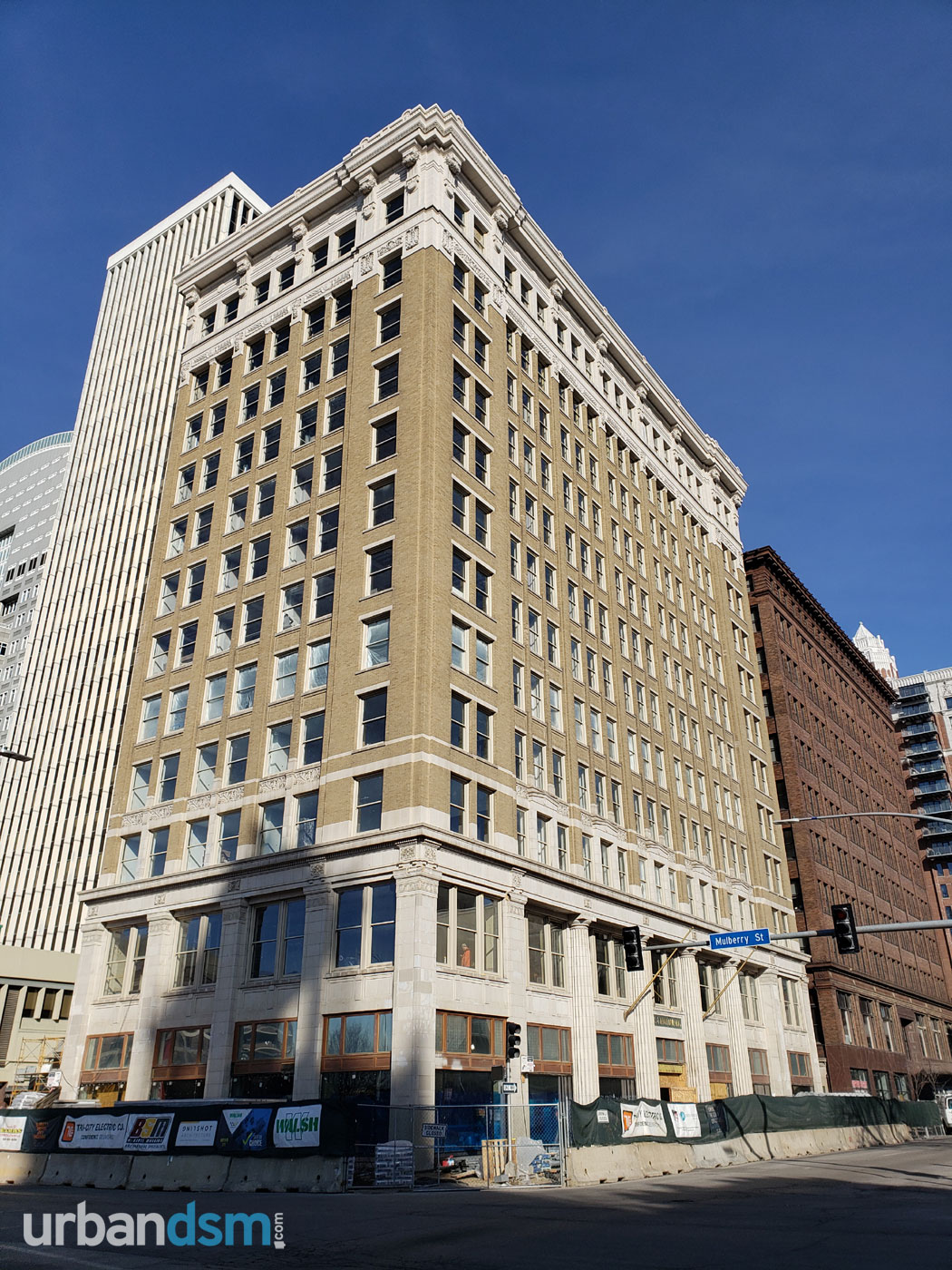 The Hippee Building was completed in 1913 by George B. Hippee, who developed the first interurban railway in the city, which connected Des Moines to other central Iowa communities. His father, George M. Hippee, was also an integral figure in Des Moines' business history. The twelve-story, 172-foot structure was Iowa's tallest skyscraper at the time of its completion in 1913.

George B. Hippee's father, George M. Hippee, was one of Des Moines' first merchants and earliest pioneers. The elder Hippee worked as an Ohio drug merchant before moving to Des Moines in December 1855. He went on to build the city's first three-story brick commercial building, George B. was born in 1860 and spent his childhood hanging out with his father's business associates in the parlors and counting rooms. Two notable influences included lauded Des Moines businessman, Frederick M. Hubbell, and his law partner Jefferson Polk, whose daughter George B. married in 1887. Polk focused on running Des Moines' city streetcar franchise, expanding it to include interurban railroads to Ames and other nearby towns beginning in 1874. In contrast, George M concentrated on banking. George B. worked for Polk (then his father-in-law), where he replaced horse-power with electricity; the work helped him become Des Moines Railway Company President in 1898.

A few years later, in 1906, an alderman accused George B. Hippee and an associate of bribery, claiming they offered hundreds of dollars in exchange for a vote that would benefit the Des Moines Railway Company. The Grand Jury failed to indict; prosecutors dropped the case two years later. After the elder Hippee died in 1911, George B. Hippee left the railroad business to focus on one of his father's banks. In 1912, George B. Hippee announced plans to build the twelve-story Hippee Building;