Built in 1903-1904, the Red House was built during a flurry of construction of apartment buildings in New York. Prior to that time, living in an apartment was seen as unsavory, but in the late nineteenth and early twentieth centuries, apartment living came to be seen as a desirable and more affordable option than the city's rowhouses. The Red House was designed by the firm of Harde & Short and is one of the finest examples of upscale apartment buildings constructed in the early twentieth century. The apartment is a New York City Landmark and is listed on the National Register of Historic Places. 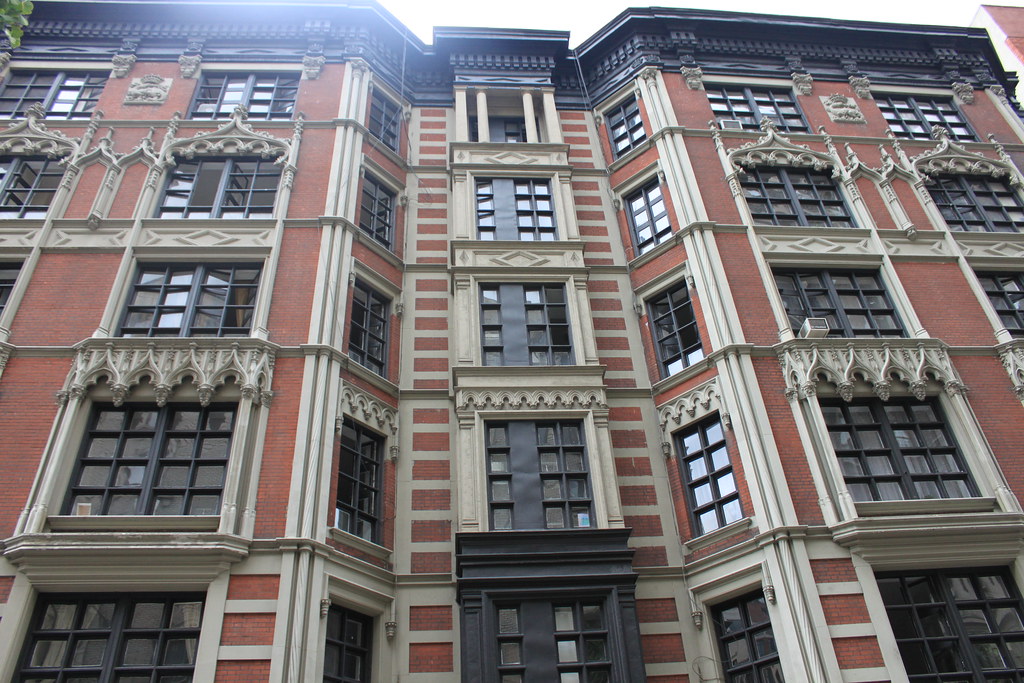 Close-up view of the building's entrance 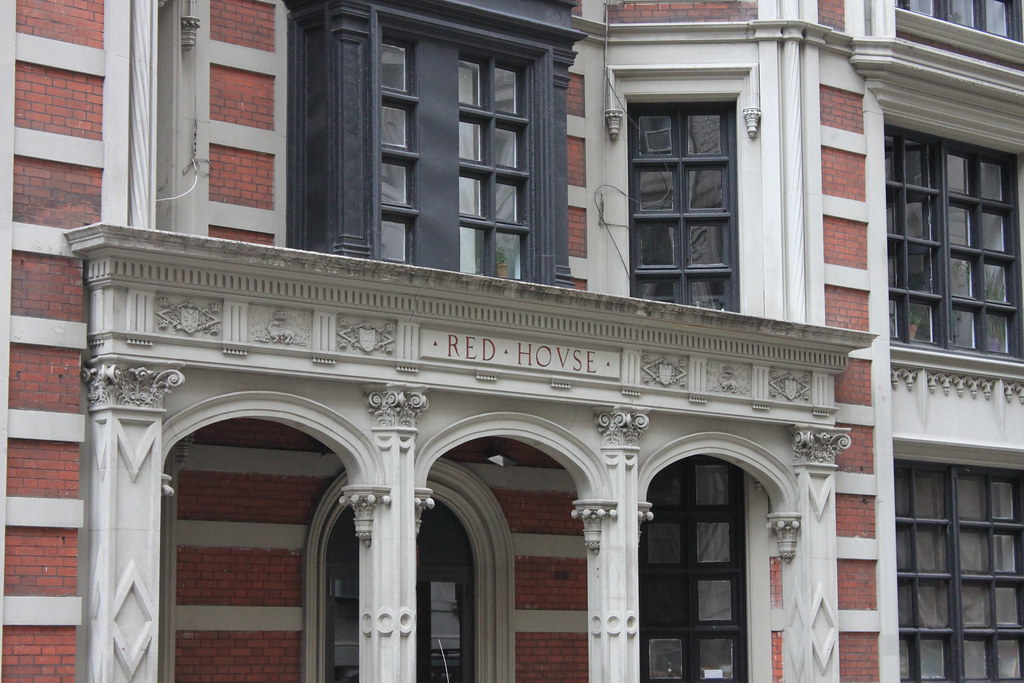 The apartment building known as the Red House was one of a number of high-end apartments constructed in the early 1900s for families who wanted all of the amenities and luxuries of a private residence but at a more affordable price. Far from being cookie cutter structures, these turn of the century apartments were often designed by the city's most prestigious architectural firms and featured a variety of elegant details.

The firm of Harde & Short, which largely designed tenement buildings, designed the Red House. Harde branched out on his own and founded the Eronel Realty Company. In 1903, Harde purchased the lot on West 85th Street and commissioned his firm to build an upscale apartment building there. They designed the six-story building in red brick, which gives the apartment its name. The apartment is also lavishly decorated with white terra cotta, which was just coming into wide usage in architectural designs.

Harde and his wife, Lenore (Eronel is Lenore spelled backwards) moved into the building along with a host of other well-heeled New Yorkers. The Hardes lived in the building until the 1910s. The early residents of the Red House included bankers and philanthropists and were among the Upper West Side's most illustrious residents.

Little is known about the training of Harde and Short or the inspiration for the building, but Harde studied in England and was likely familiar with the home of William Morris, which was also known as the Red House. The firm built three apartment buildings between 1906 and 1909 that are their most well-known designs, but beyond that point, their designs are regarded largely as having little influence on the city's architecture.

The Red House is listed on the National Register of Historic Places and is also a New York City Landmark.