This statue of Governor Henry Watkins Allen is located in an area auspiciously dubbed "Hero’s Plaza" across from the West Baton Rouge, Louisiana Courthouse. This statue was erected in 1962 and created by well-known New Orleans sculptor Angela Gregory. Henry W. Allen was the governor of seceded Louisiana during the final years of the Civil War, serving the office from 1863-1865. Allen was ardent in his defense of slavery, but also attempted to prevent the Confederate government in Richmond from extracting what he believed was too heavy a price from his state. This sentiment was shared by other Southern governors and many people throughout the South and is one reason that the Confederacy struggled to maintain a well-supplied army. Numerous petitions in the 21st century have called for either the removal of this statue or its relocation to a museum where it might be presented as an artifact from the past complete with interpretation. Rival petitions have requested that the statue should remain in place owing to Allen's fierce loyalty to Louisiana. The meaning and legacy of Henry W. Allen are complicated by the fact that he was a Brigadier General who fought for the Confederacy against the United States. Given the intent of organizations that erected similar monuments, such as the United Daughters of the Confederacy who sought to celebrate the antebellum South and minimize slavery, many see this statue and other monuments to Confederate leaders as deeply problematic. Others point out that, Allen is also the namesake for the Louisiana City of Port Allen. 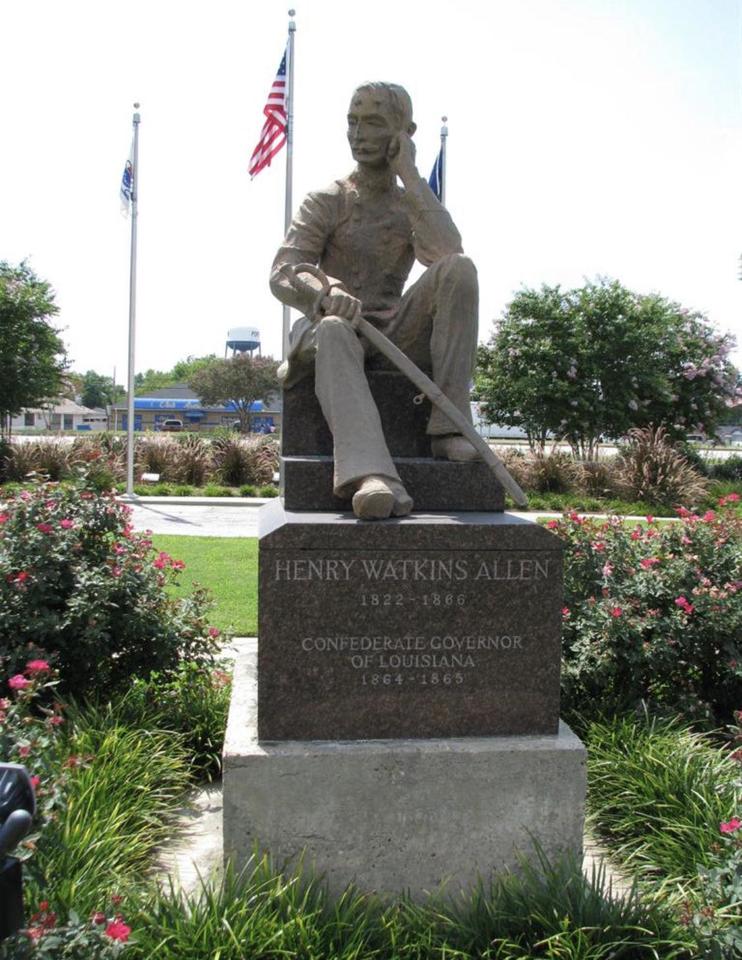 Allen is the namesake of Port Allen, and also a Confederate officer and governor 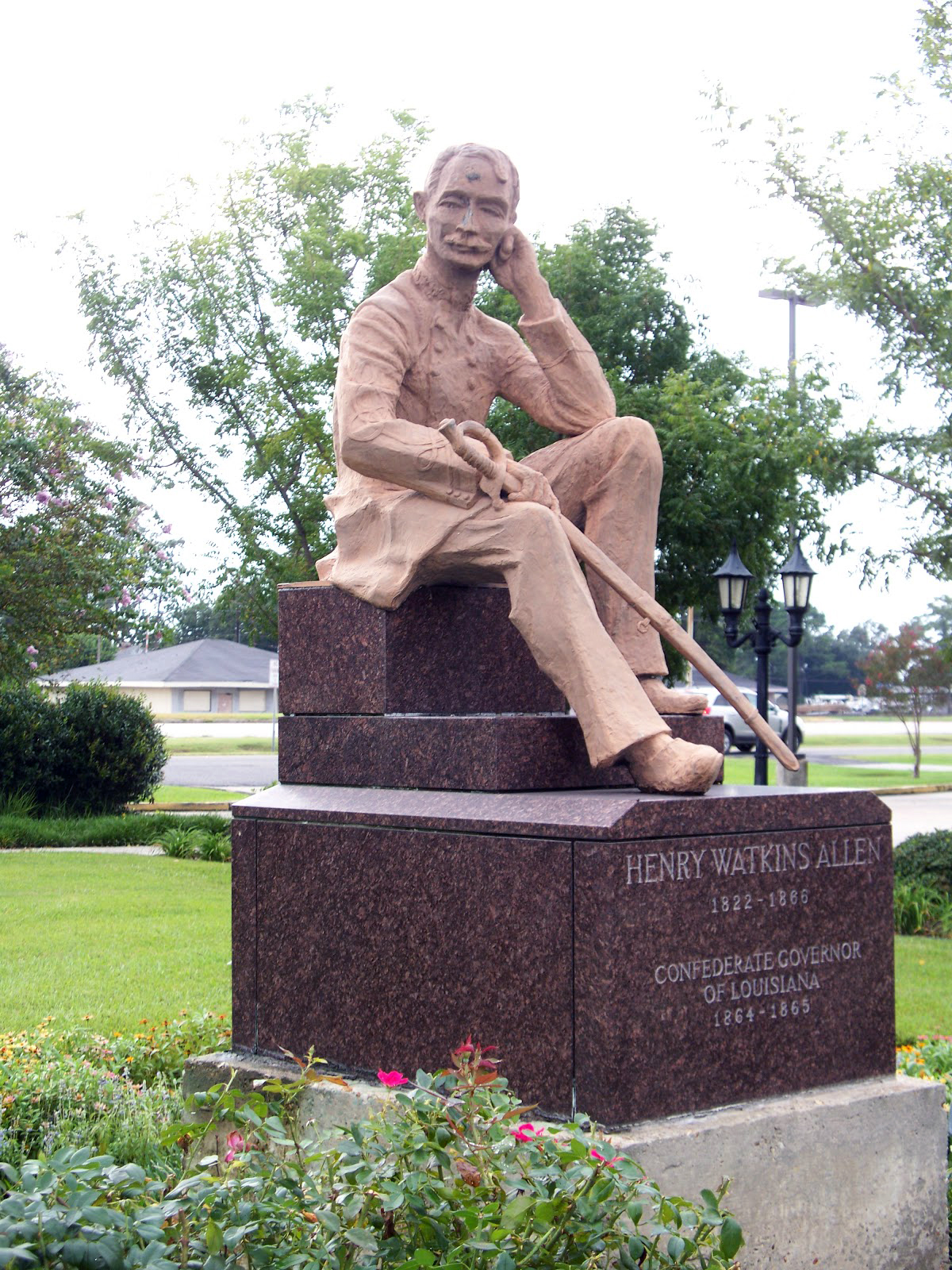 Henry W. Allen was a Brigadier General who served for the Confederacy during the Civil War. Long before becoming a Brigadier General, Henry Watkins Allen was a lawyer and politician. He studied at Harvard and traveled throughout Europe. Once he passed the bar, he served in the Mississippi House of Representatives from 1845-1847. Watkins moved to West Baton Rouge in the 1850s and purchased a plantation. He served in the Louisiana Legislature before taking part in the Civil War. He served in the Battle of Shiloh, Vicksburg, and Baton Rouge. During his service he was promoted to Brigadier General, but injuries he sustained at the Battle of Baton Rouge ended his military career.

At the time Allen was elected to the office of Governor in 1863 the state of Louisiana was divided between the territory controlled by the United States and other areas held by the Confederacy. This division made Allen’s contact with Jefferson Davis and other Confederate members difficult, and he became aggressively opposed to the Confederate government's demands for men and money. To Allen, Louisiana came first, the Confederacy came second. When he took office, he demanded the release of all Louisianans arrested by the military and prohibited their banishment to Mexico. Later on, quarrels with other members of the Confederacy drove to mutual distrust, a situation that was repeated in Texas and other parts of the Confederacy.

When ordered to burn cotton in order to keep it from falling into Union hands, Allen ordered his citizens to refuse orders from Confederate troops and even referred to Confederate representatives seeking resources for Richmond's government as “Jayhawkers” and equated them to enemies similar to how he regarded United States troops. Allen even tried to gain support from France under the guidelines of the treaty of cession from the Louisiana Purchase. After the war was over, on June 2, 1865, Allen gave his farewell address and leaves for exile in Mexico where he dies a few short months later.

During his tenure as Governor of Louisiana, Henry Watkins Allen made numerous efforts to promote agriculture and industry as well as relief efforts as the Confederacy crumbled from within. He was instrumental in developing the mining and manufacturing bureau and dispersing medicine from dispensaries in Shreveport. He was also reasonably effective at promoting the cotton via trade routes throughout Louisiana, Texas, and Mexico despite the Union blockade.

Upon his death, his body was brought back to New Orleans. Parades and public demonstrations were prohibited, but many white citizens of New Orleans marched behind his hearse in silence creating the largest funeral procession at the time. Henry Watkins Allen is interred at a monument on the grounds of the Old State Capitol. Allen is also the namesake for the Louisiana City of Port Allen.