After Hanna’s Town was attacked and burned to the ground, the Steel family first bought the land. John Steel used the land and surrounding acres to raise his family as well as farm and live off of the abundant natural resources. The Steel house is one of the only structures on site that still stands from the homestead. The property included the house and 180 acres which was deeded over to the Westmoreland County Historical Society in the late 20th century, where it remains today. A member of the Society's board named Walter Haile occupied the house where he raised children, and even grandchildren in the home before it fell vacant. The house was renovated in 2019 and now used as offices for the Westmoreland County Historical Society with occasional programming in the building.

The Steel House, after being newly renovated in 2019 to contain the offices of the Westmoreland Historical Society. 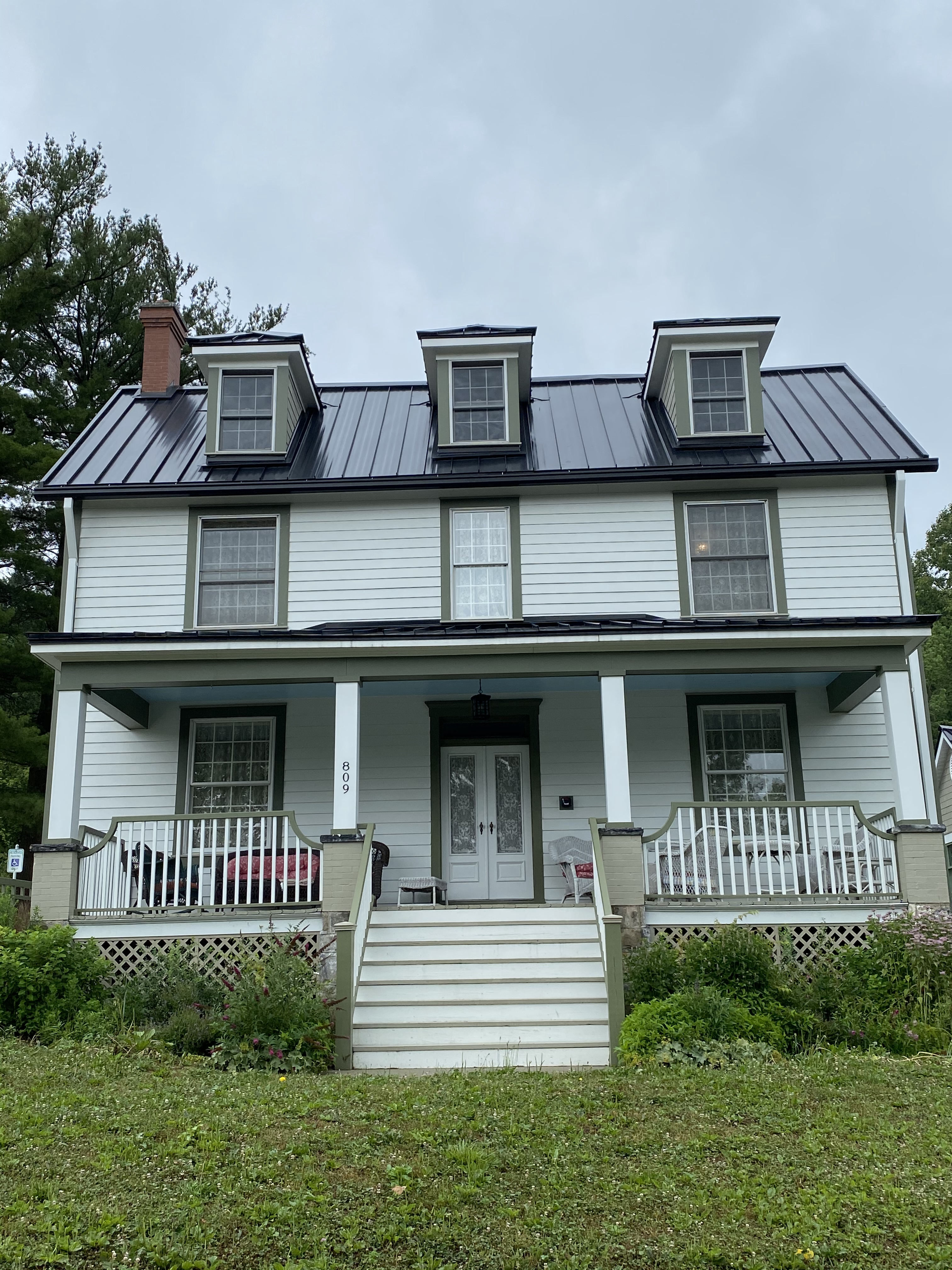 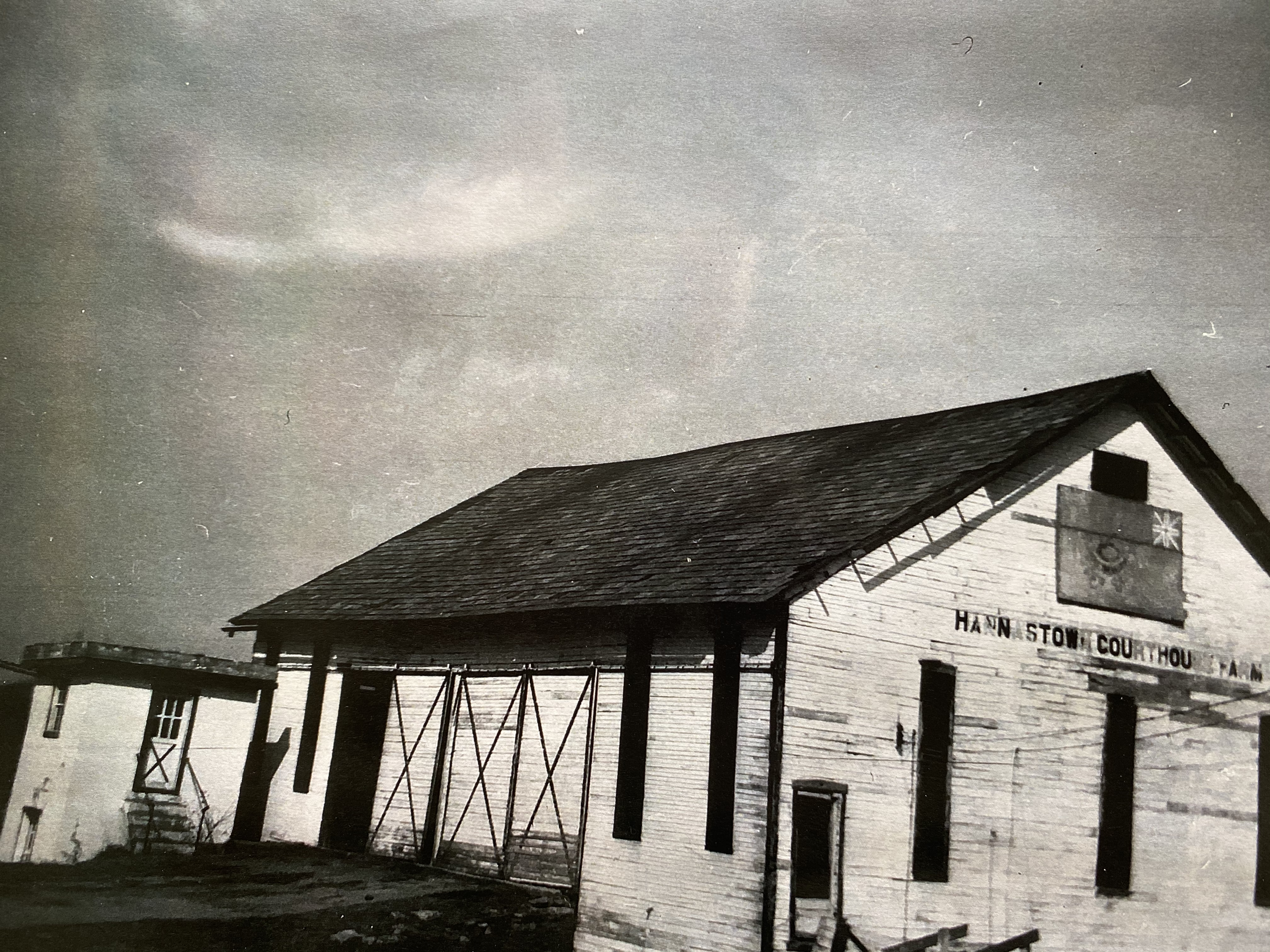 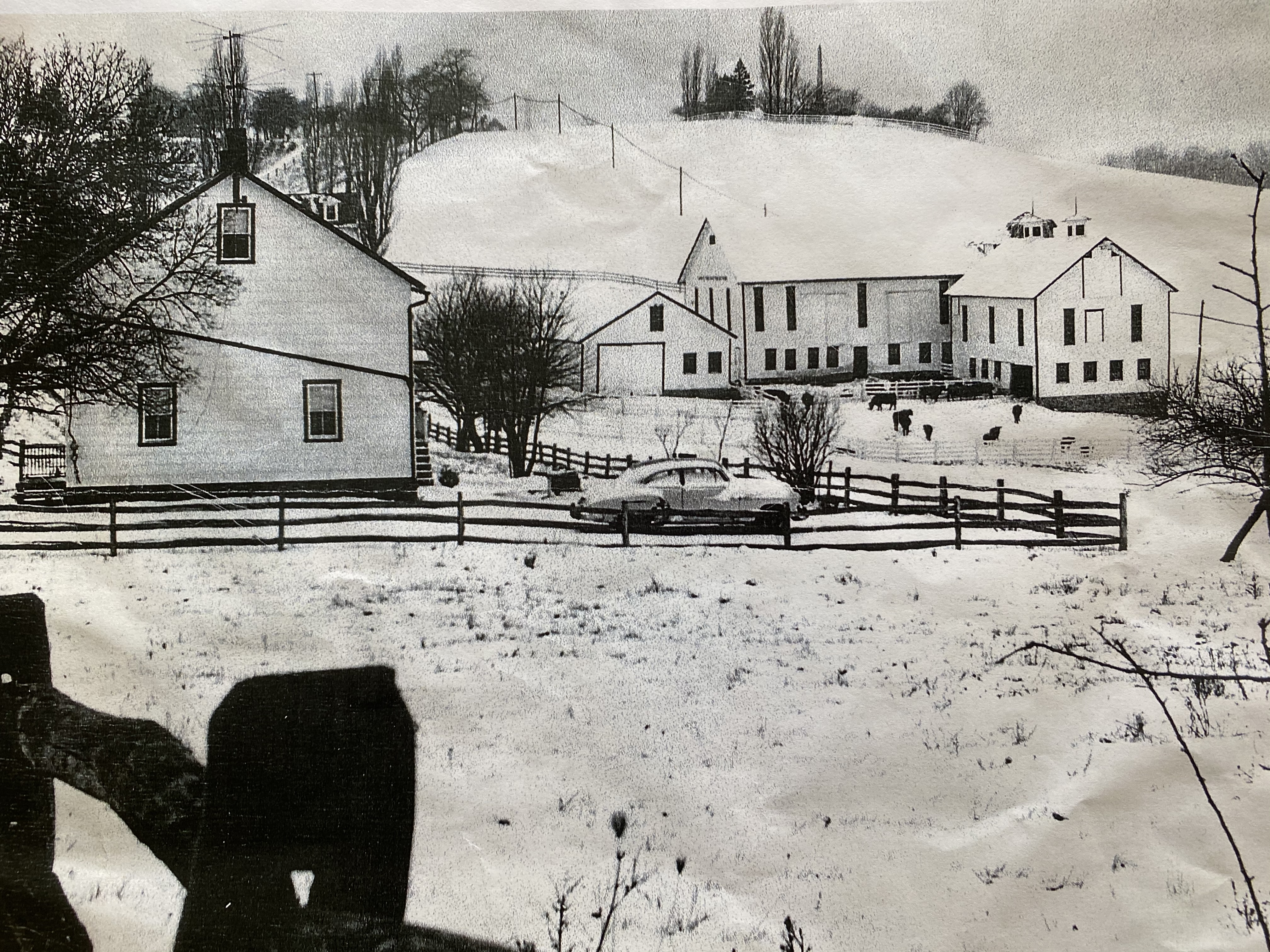 Original Steel House before renovation in 2019 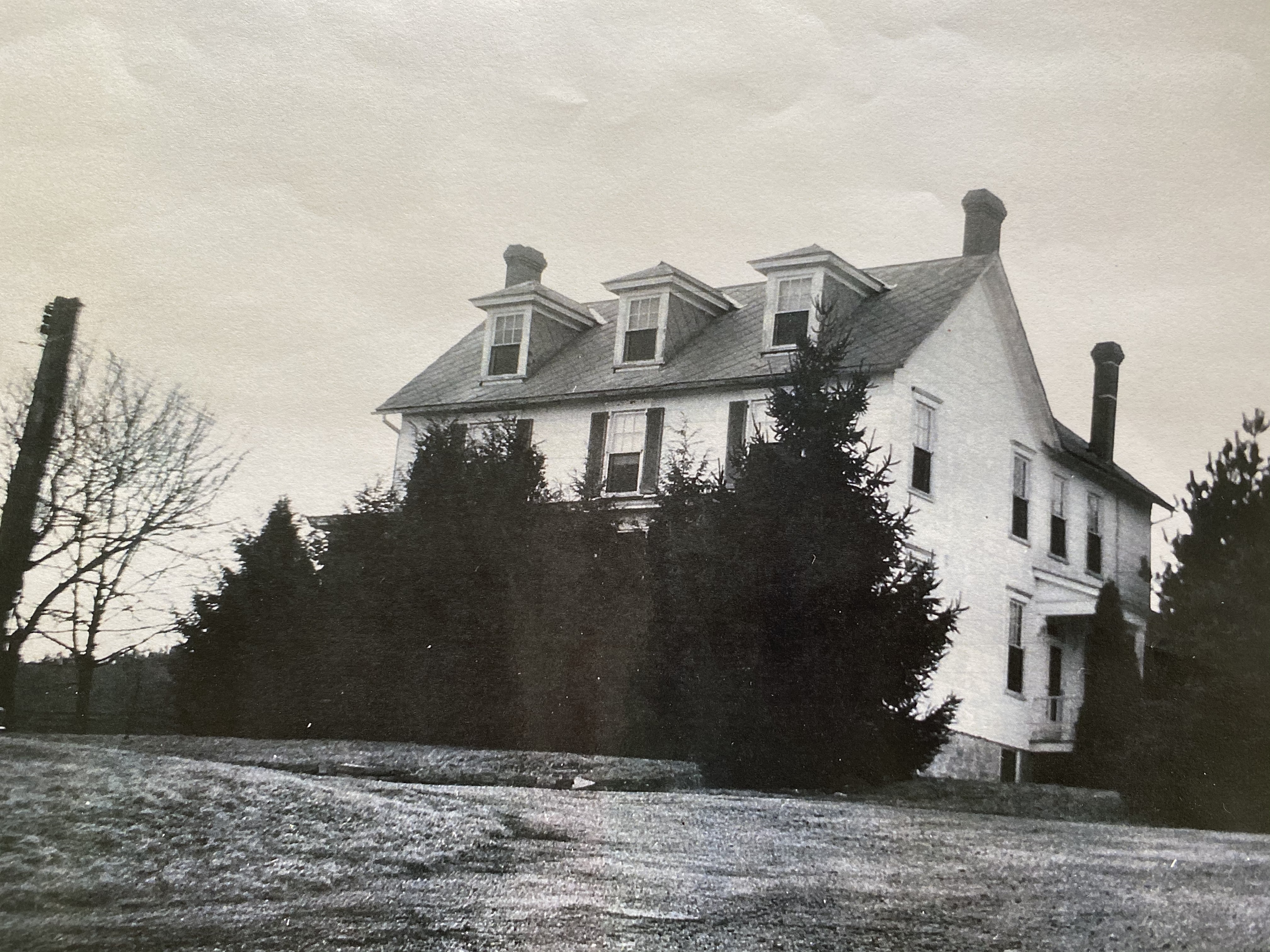 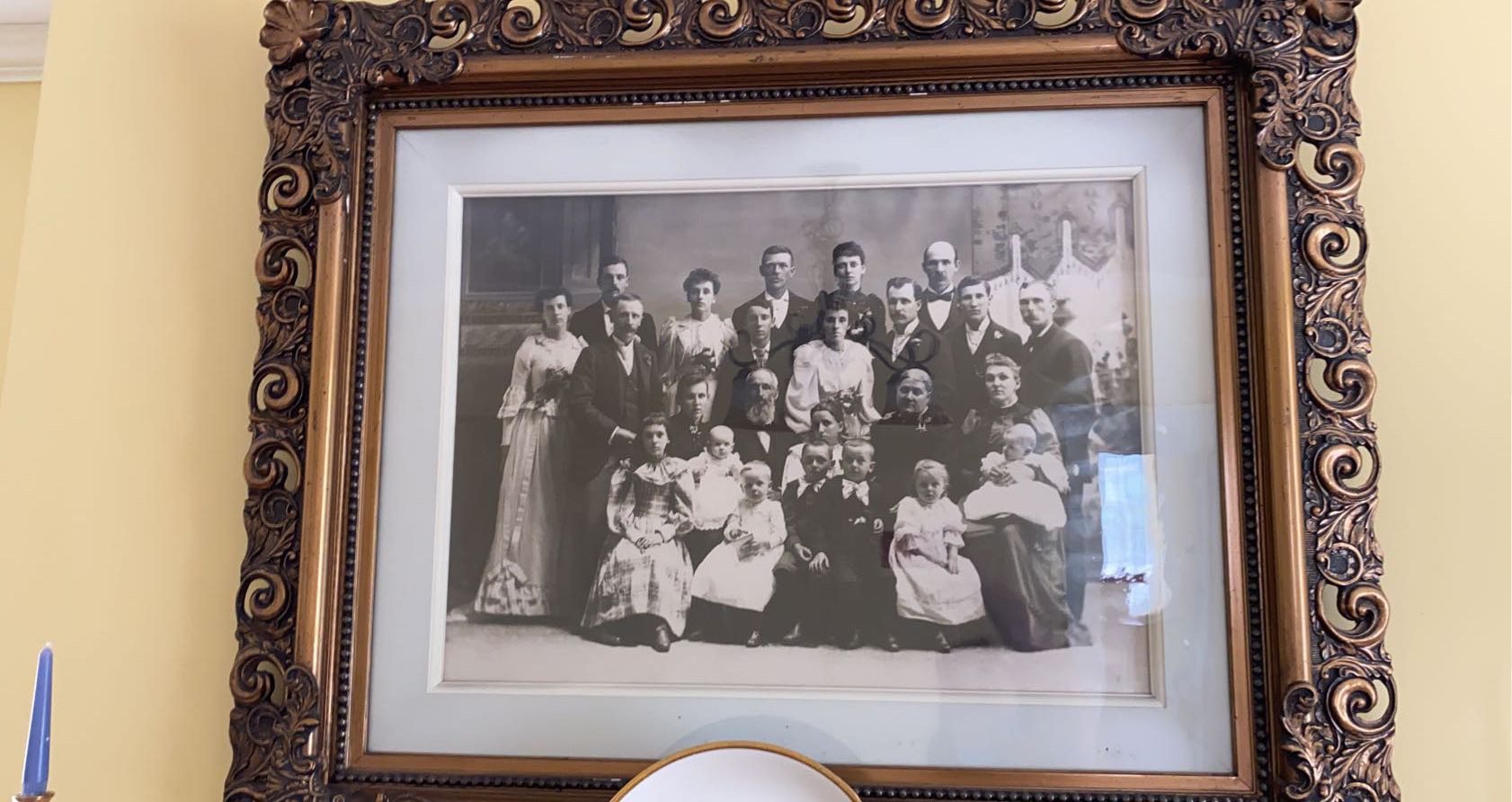 The Steel House, owned by the Steel family, was built in 1910. In 2019, it was renovated by the Westmoreland Historic Society to transform the building from a home to an office and business building. Even though it was built in the early 20th century, the Steel’s who built the house were connected to and could trace their heritage back to 18th century Hanna’s Town. Immigrants from Ireland, the Steels settled in Mount Pleasant in 1772. What was previously Hanna’s Town was destroyed in 1782 after a raiding party made up of British soldiers and Seneca Tribe members burned and pillaged the important town. In 1826, John Steel purchased Hanna’s Land from a sheriff sale. John moved onto the land nine years later in 1835. What started as a 337 acre property was split up between two generations and ended up being 180 acres. When Hanna’s Town occupied it, the land stretched 337 acres. During the Steel era, it was split up between two generations from 300 acres to roughly 180 acres. They referred to the property as the “Hannastown Courthouse Farm.” The Steel’s kept the farm in the family for a century and a half. Finally, in 1969, the land was deeded both the land and property it stood on to the Westmoreland Historical Society, thus ending the Steel Era.

John had a son named William, and a daughter Sarah Brown, who ended up having eleven children. Along with Sarah and William, their first-born son was also named John. John’s son, John, ended up inheriting the property from his father. John worked on the farm as a child and once he got old enough, he attended an academy in New Alexandria as well as the Greensburg Seminary. He ended up graduating from Geneva College in the class of 1885. It was there that he practiced law. In 1901, John became the first president of the newly founded Westmoreland County Orphans Court where he was a judge and took part in business development. He also helped develop banks, real estate, and coal mines in the area. John later met and married Madge Montgomery, daughter of Judge O.H. Montgomery of the Supreme Court of Indiana in 1909. From 1910-1912, John constructed his residence along the Forbes Road, which would serve as a farmhouse and a retreat for his family.

Madge and John ended up having five children: Sarah, Ellen, Madge, Marion, and William. The land itself was used as farmland while in possession of the Steel’s: a farm was built, along with a spring house and other out-buildings. The family raised beef cattle and used the spring house as a milk house for the cows. When John and Madge passed away, their son, William inherited the property and home. When William passed, his widow, Sarah Jamison Steel decided to deed the land to the Westmoreland County Historical Society.

When the property was turned over to the Westmoreland Historical Society, one of board members lived in and tended to the Steel house and the property, Walter Haile. Walter Haile’s biography depicts a unique section of history, not only pertaining to the Historical Society and the site, but also gives a unique glance into life at that time from a different perspective. In Haile’s biography, he speaks of the hardships he endured, working all over Pennsylvania and South Carolina in the coal mines in his teenage days before moving into the Steel House where he and his family lived and raised children and grandchildren.

The Steel House was in the Steel family and thrived for a century and a half until it was deeded to the Westmorland County Historical Society in 1969.