Located at 735 Broad St., this project began construction in 1913 as the Empire Life Insurance Building. Designed in the Sullivanesque architectural style by G. Lloyd Preacher of Augusta and W. L. Stoddard of New York, the building has been cited as one of Augusta'a "first and finest office towers." Although the original plan was to complete construction by the end of 1913, a series of financial struggles and fire damage extended the completion date to early 1916. Unfortunately, the building was gutted later that year for damage sustained in the 1916 Fire. The former Empire Life Insurance Building reopened as the Lamar Building. 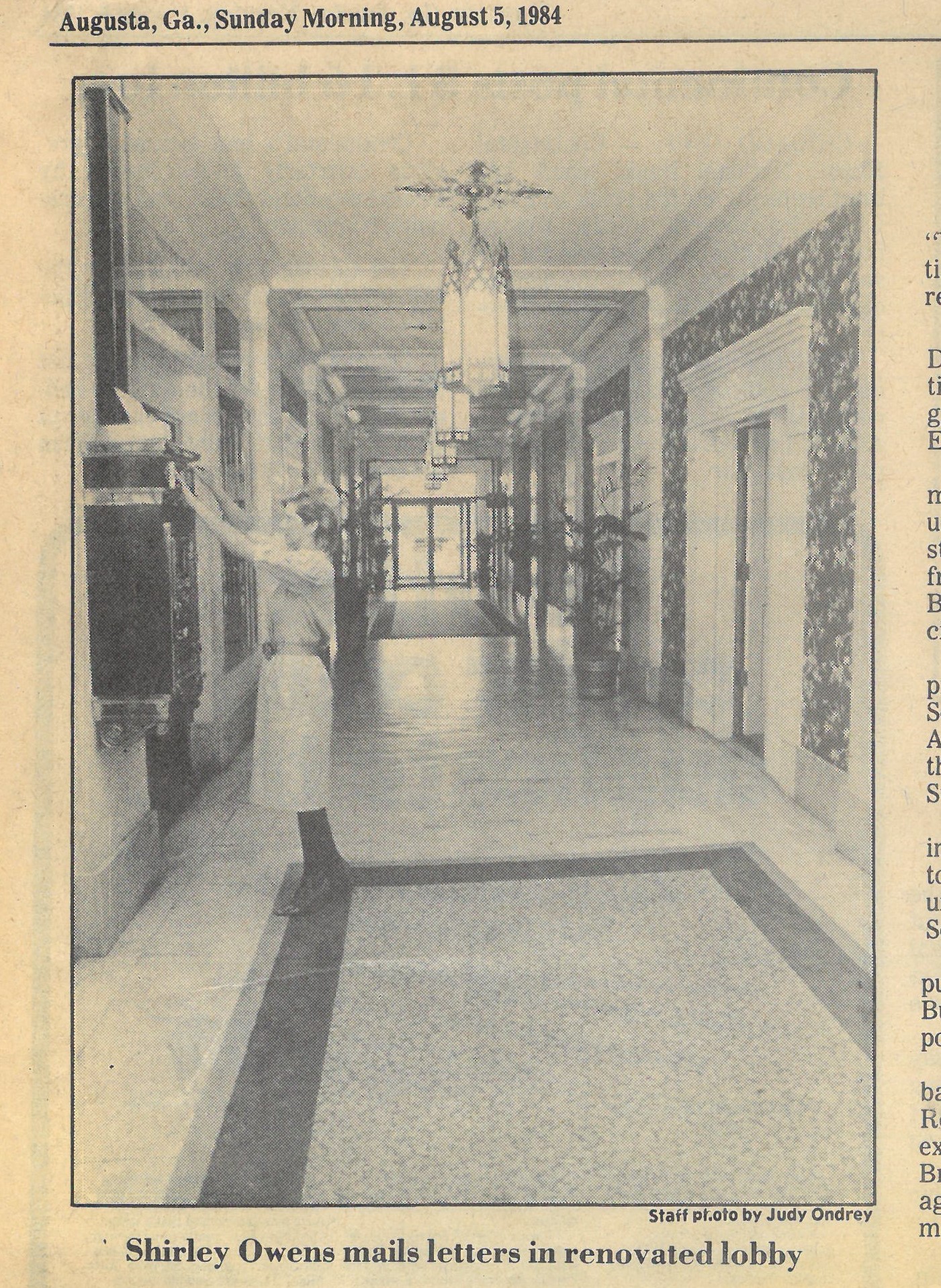 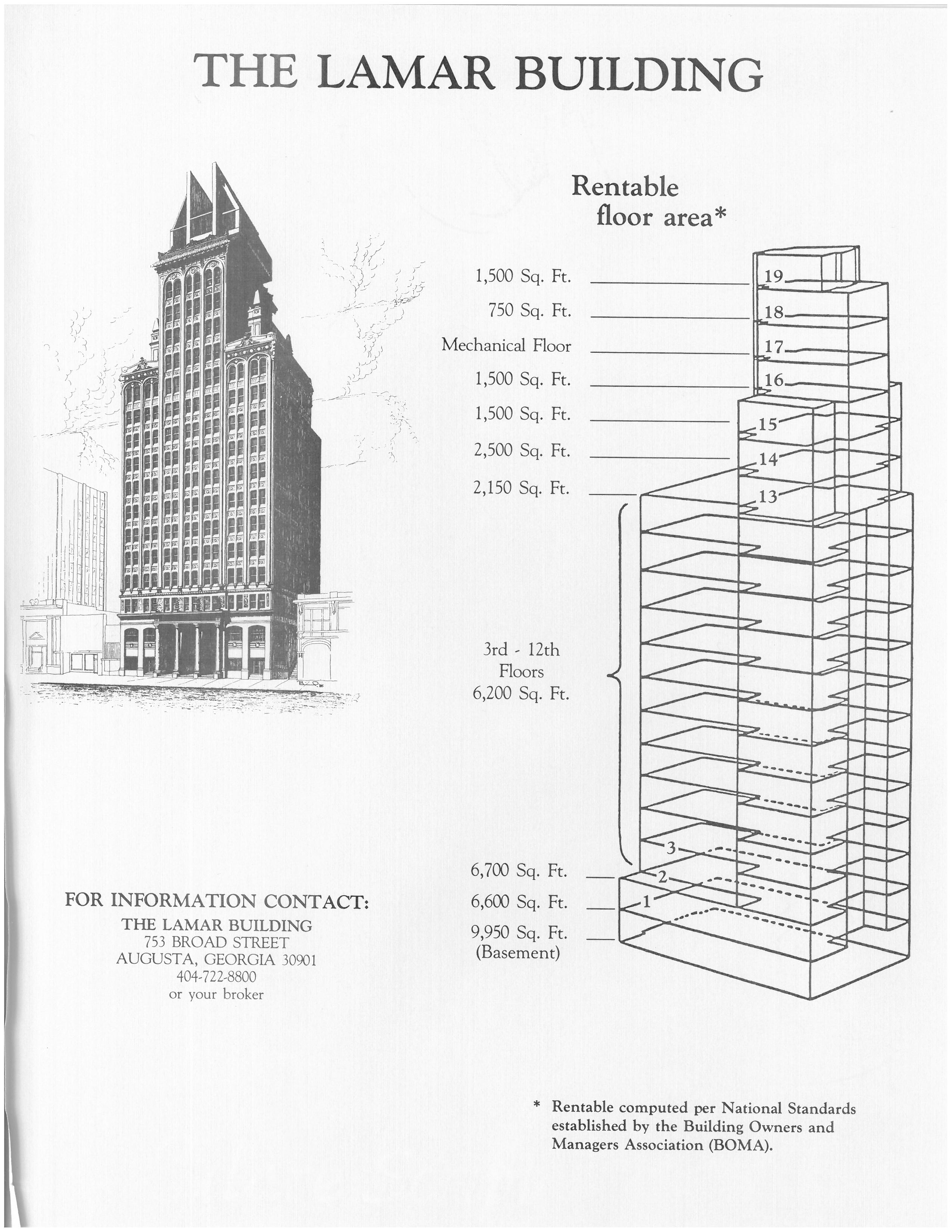 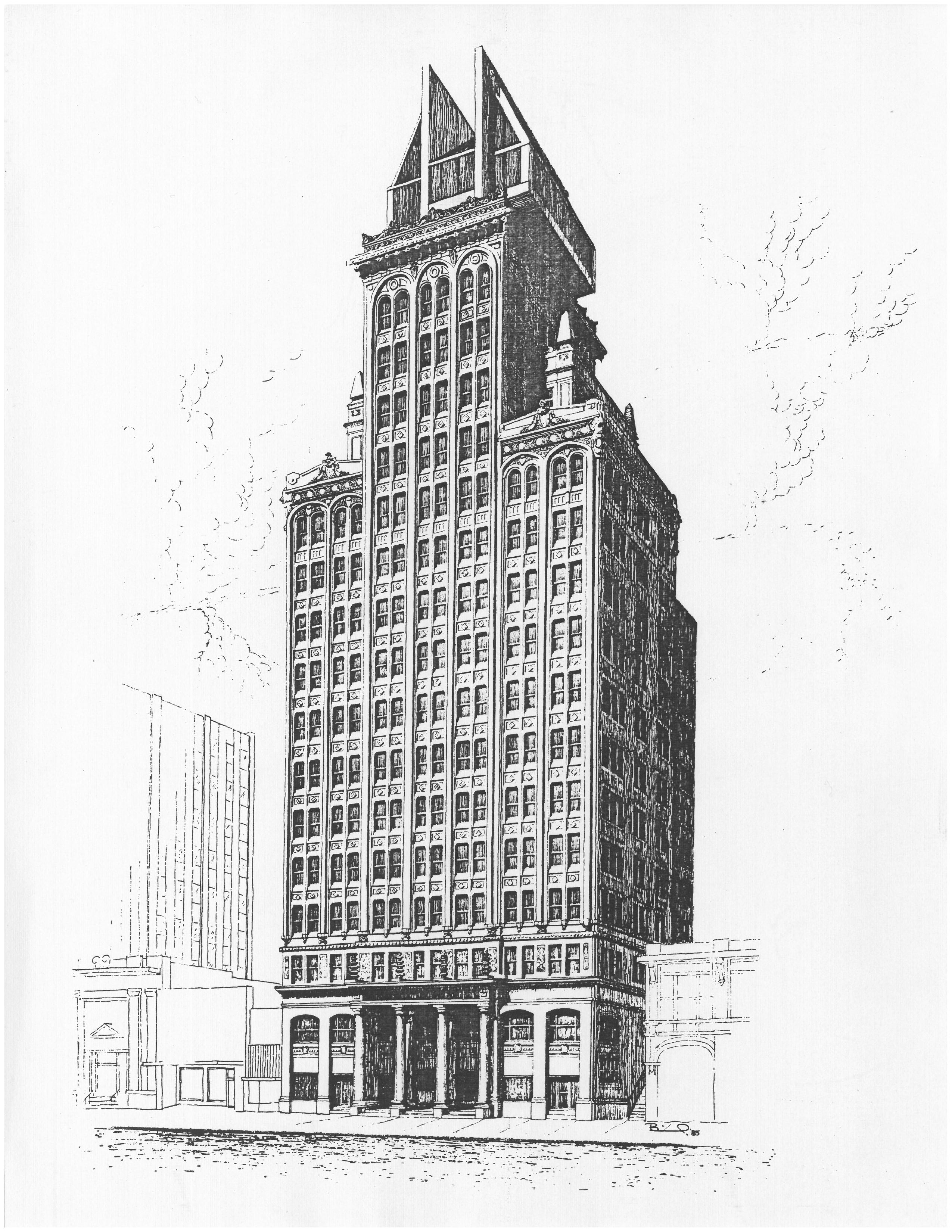 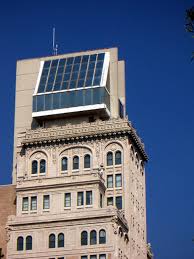 Whitney Company of NY began construction on the 16-story southern finance building in late 1913 until the owner went bankrupt. In 1916 funds were acquired and construction resumed, only to be destroyed in a great fire later that year. The building sustained $200,000 of damage during the fire of 1916. Work resumed in January 1917 under the supervision of Mr. A. E. Crane.

Tenants first moved in on August 8, 1917, although the building was not fully complete at the time. By August 17, 1917, more than half of the available tenant space had been leased. On the night of its completion, Mr. Crane turned on every light of the building which served as an important spectacle for the people of Augusta. The building finally opened in 1918 as the Lamar Building.

In 1973, a group of investors purchased the then Southern Finance Corp. Building as a component of their plan to revitalize Augusta's downtown business district. They commissioned architect I.M. Pei to design a $500,000 glass penthouse to replace the gabled roof in 1975. In May of 1978, the investors faced financial troubles which caused a foreclosure of the recently purchased building.

Since then, the Lamar building has housed a number of small businesses and office spaces. The building is currently vacant.