In 1882, the Morris Hill Cemetery was established on 80 acres in the heart of Boise. As one of the oldest cemeteries in the valley, the land has a vast history with the local community depicted through many of its historic grave markers and headstones. The St. Johns section in particular holds close ties with the local Basque community as many of their ancestors have been buried there since the early 1900s. Despite many being unmarked and “lost” throughout the years, the Morris Hill cemetery remains influential among the Basque community who are still being buried among their family and community at this historic cemetery. 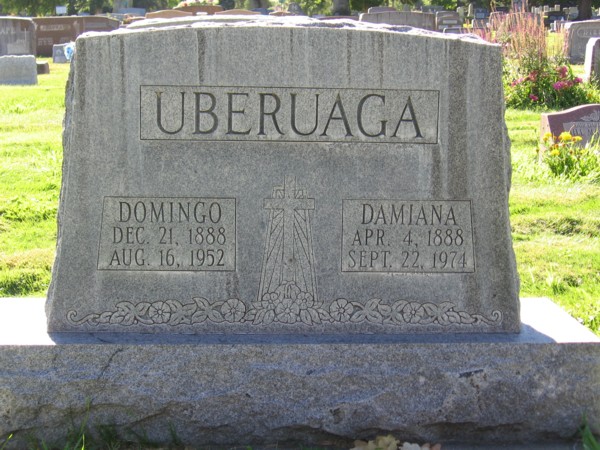 The Morris Hill Cemetery, one of the oldest in the Boise area, was founded in 1882 when 80 acres of land was purchased by the Mayor, James Phinney. Shortly after this purchase, the City of Boise began to develop the cemetery by mapping out the land into burial lots. Since 1882, the cemetery has continued to grow, with the original map needing constant updates as the number of individuals being buried at Morris Hill has increased. Currently, the cemetery still has hundreds of open spaces over their 60 platted acres. Within this large space are 53 sections and a large mausoleum.

Among the many buried at this historic cemetery are a vast number of Basque immigrants who began flooding into Boise in the early 1900s to herd sheep. The majority of the Basques buried at Morris Hill are located in sections four through thirteen which are associated with St. John’s Catholic Church. Culture, family, and community are highly valued by the Basques who upon early burials at the cemetery bought out large quantities of lots for their family and friends. This ensured that the family and community would be buried together in the Catholic section with a traditional Catholic funeral. These early Basque immigrants buried at Morris Hill were among the first to be buried at a public cemetery instead of in the Basque country. Many of their original graves markers are still at the cemetery, dating back to the 1920s.

Despite the continual use of the cemetery by the Basque community in Boise, over the years many of the burials at Morris Hill have been lost due to a large number of unmarked graves. This issue was first noticed in 1993 when the Basque Attorney General traveled to Boise for work and had wanted to visit his grandfather’s grave while in town. His grandfather was a first-generation Basque immigrant who had died in Boise in 1938 and was buried at Morris Hill. Like many Basque immigrants, he had come to the United States to pursue a career in sheep-herding while leaving his family back home in the Basque country. While in Boise the Basque Attorney General, Inaki Goikoetxeta, never found the grave of his grandfather which led to the discovery that there were many other unmarked Basque graves in the St. Johns section of the Morris Hill cemetery.

First led by Dolores Totorica and then continued by Liz Hardesty, the Unmarked Basque Graves Project started in 1997 in an effort to identify and locate the unmarked Basque graves at Morris Hill. Through the use of death records, funeral receipts, and the cemetery records, they were able to identify over 100 names of unmarked individuals and successfully located nearly 60 of those burial sites. In 2017, a ceremony was held at Morris Hill to mark the identified graves with a metal sunflower as a symbol of the Basques. This memorial depicts the expansive history of the Basques in Boise and with the Morris Hill cemetery where many still choose to be buried today along with their family and community.