Designed by well-known Montana architect John Paulsen, the Jefferson County Courthouse is a fine example of Richardsonian Romanesque architecture, having served as the seat of county government since its construction in 1889. The building features a large square tower with a spire and square turrets, gargoyles, arched windows, an arched entrance, decorative sandstone, and arched brickwork along the cornice. The courthouse's impressive architecture represents the aspirations of the community, which wanted a building that reflected the sense of importance and stability residents felt about their town. The building was added to the National Register of Historic Places in 1980.

The Jefferson County Courthouse was built in 1889 and is excellent example of Richardsonian Romanesque architecture. 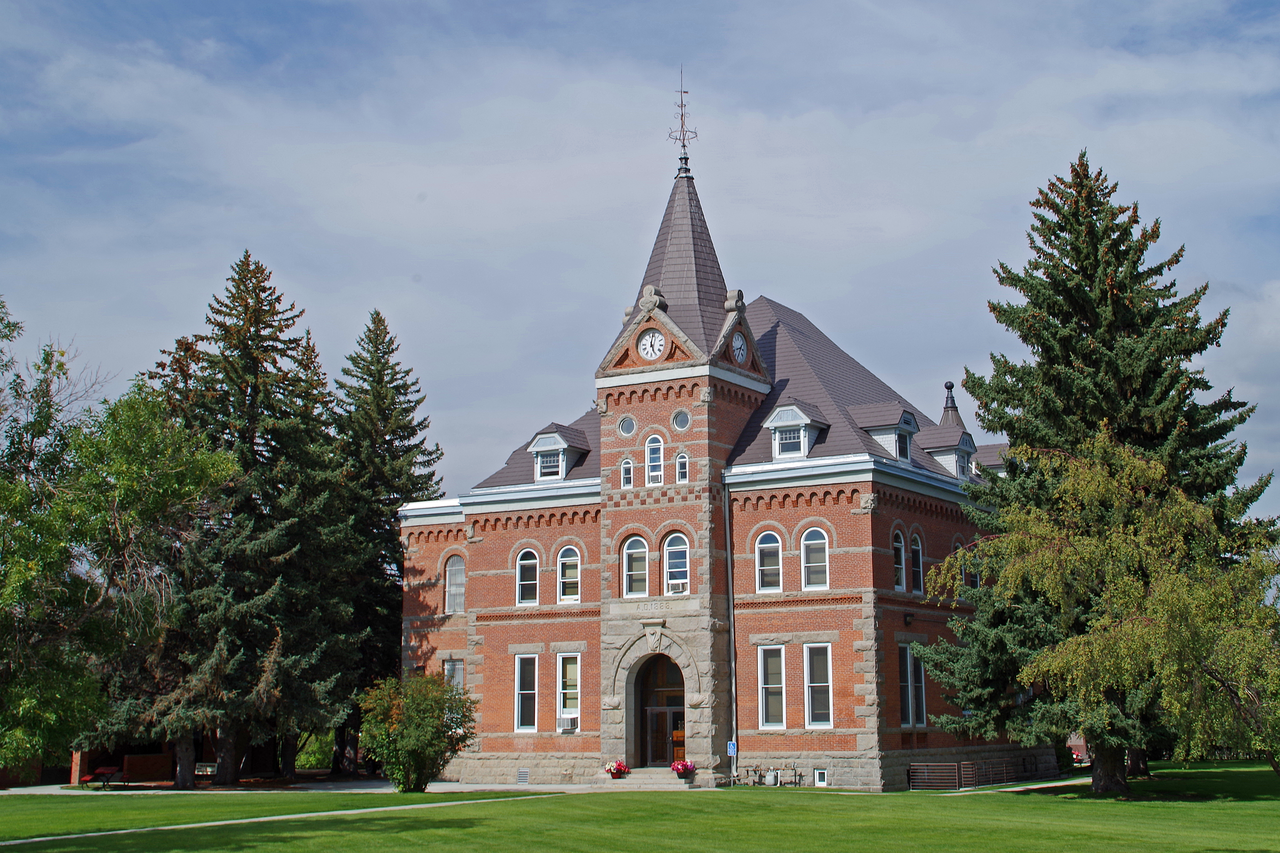 Boulder became the county seat in 1883. During this time, gold and silver mines were very productive and spurred the development of the region. The government offices were first located in an existing building and there was discussion as to whether it should be renovated or not. It was decided that new courthouse should be built instead and the county commissioned John Paulsen to design it. Paulsen was born in Germany and arrived in Montana in 1887 to work as the state architect. He designed a number of buildings in Montana during the next ten years including the former Montana Deaf and Dumb Asylum, which is located here in Boulder, and the Main Hall at what is now the University of Montana Western in Dillon.