Bear Mountain Bridge Road is a three mile long section of route 202 and route 6 from the Bridge into Cortlandt along the side of Anthony’s Nose—a mountain that is opposite to Bear Mountain and connected by the Bear Mountain Bridge. Bear Mountain Road is known also as the “goat trail” in reference to the steep rocky slopes—up on one side, down on the other—that flank the road which at times are close to ninety degree drops or inclines. Near the beginning of the road on the Westchester side stands the Bear Mountain Tollhouse, a Tutor style structure that was erected between 1923-1924. 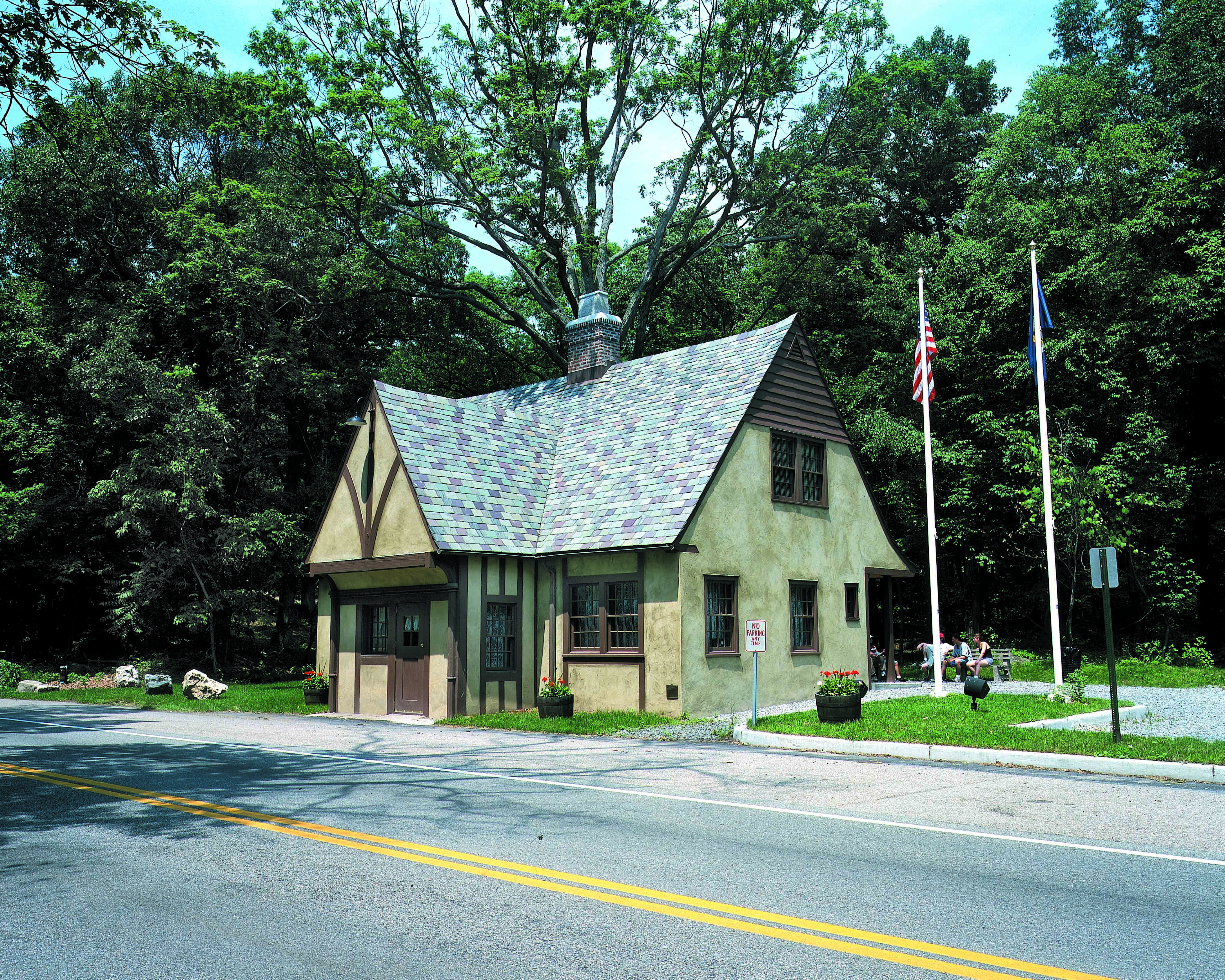 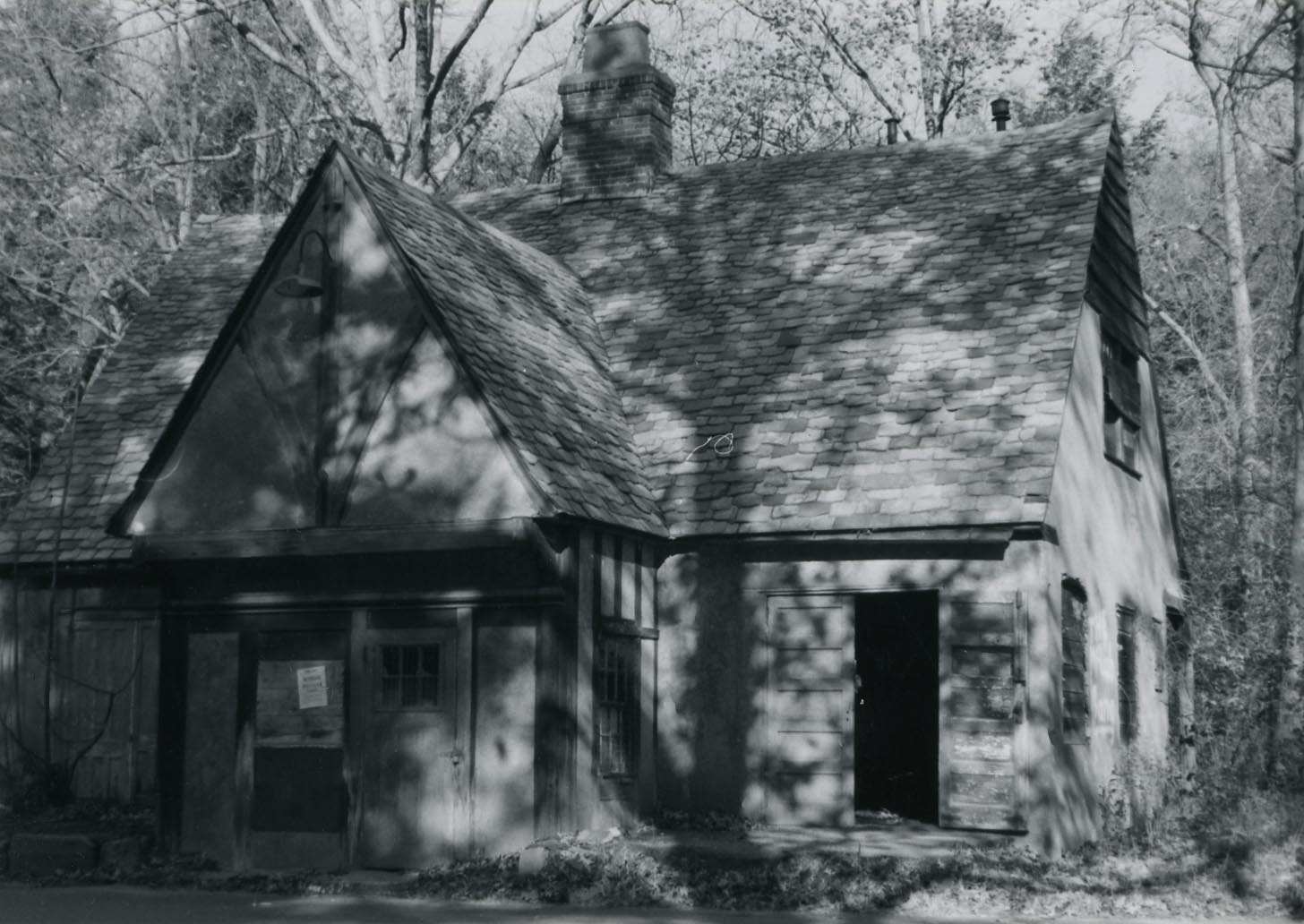 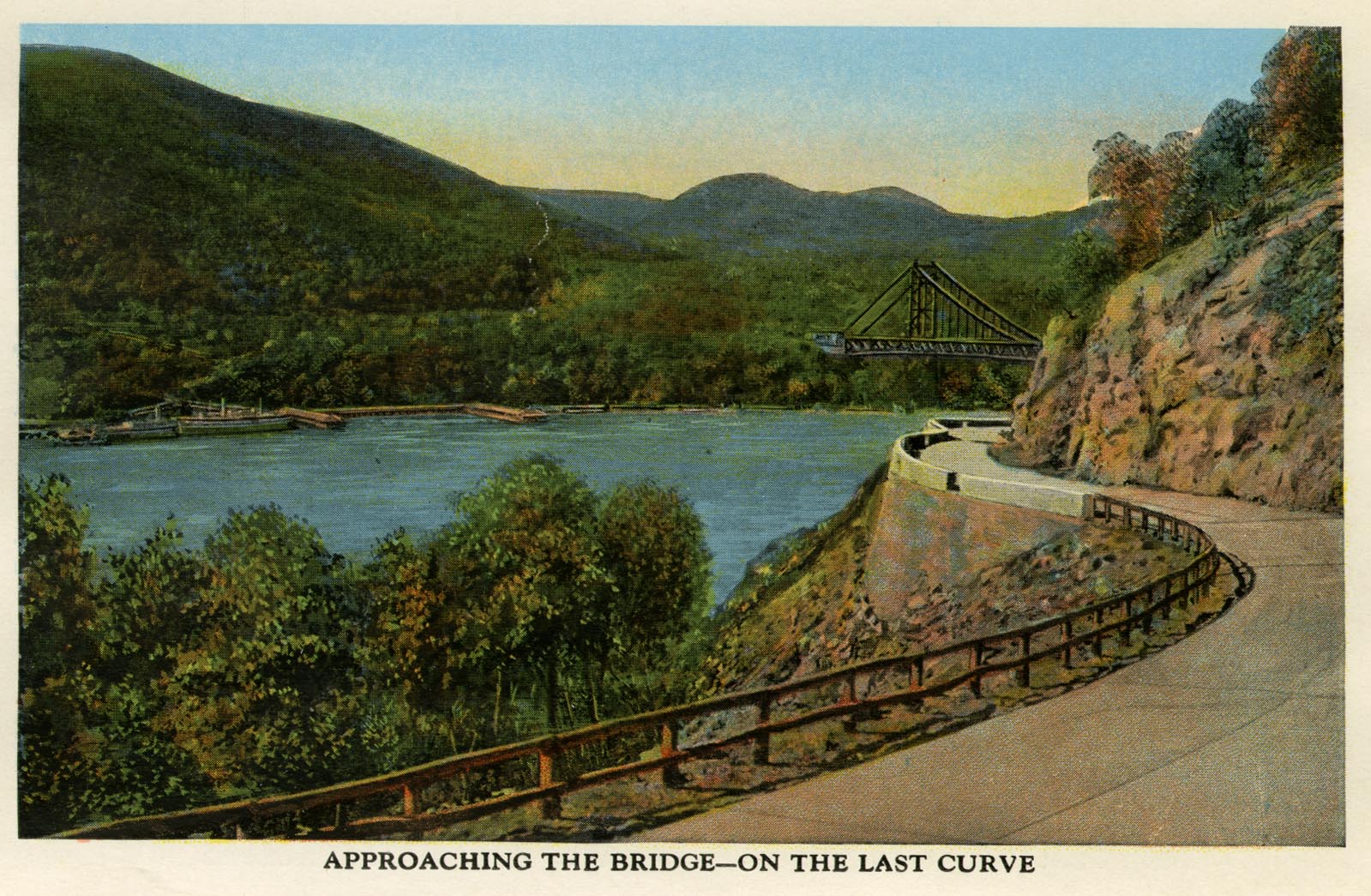 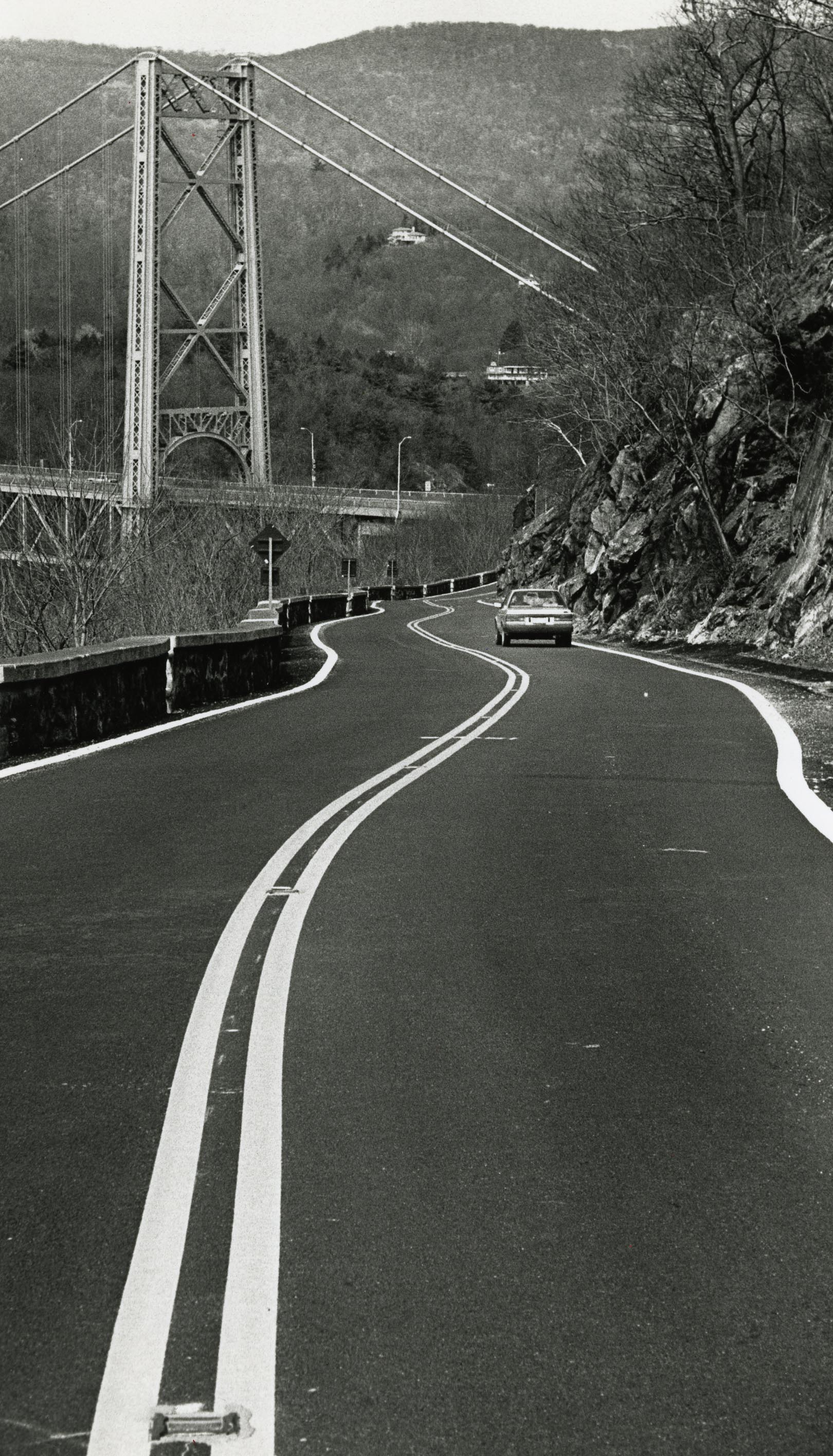 The construction for the Bear Mountain Bridge formally finished on November 26, 1924  when it was opened for traffic crossing. The construction of the bridge was paramount in the history of Hudson river crossings as it was the first vehicular crossing over the Hudson river on route from New York City to Albany.[1]In conjunction to being the first Hudson River crossing in route to Albany, it was for a brief period the world’s longest suspension bridge and the first ever constructed with a concrete bridge deck.[2]While the construction of the bridge was finished in 1924, the desire to create a Hudson River crossing came about 14 years prior when Edward H. Harriman, a Railroad executive, with the help of donors was able to acquire the land and money necessary to establish and create Bear Mountain-Herriman State Park. The Creation of the Park gave rise to the need for a more efficient way for travelers to access the park. With the increase in popularity of automobiles, more people were driving longer distances to visit the new park. This lead to the issue where those coming from the city and Westchester were required to take a ferry from Peekskill across the Hudson. However, there were not enough ferries to meet the demand of travelers so by 1920 it became evident that a bridge and a highway leading to the bridge would be necessary to contend with the visitation requirements.[3]

As previously stated above, The Bear Mountain Hudson River Bridge Company was not only responsible for the construction of the bridge but also for that of developing an approach to access the bridge which required the blasting of the slopes of Anthony’s Nose in order to create the access highway. The road that would later be named Bear Mountain Road began construction in April of 1923 about three and a half miles away from the location of the bridge in Peekskill and would elevate 410 feet above sea level and slope around and up the Anthony’s Nose rock face in order to access the bridge.[5]The roads engineers faced a surplus of challenges when they were designing and constructing the roadway. First and probably the most daunting challenge that they faced was that the path of the roadway required heavy excavation of rock and similarly, required filling in places where the rock face was uneven. The rocks that make up the face of Anthony’s Nose are predominately granite which means that drilling and blasting were required to excavate the projected roadway.[6]  The second challenge was that the construction site for the roadway was situated at the eastern end of the road which made the transport of manpower and tools longer than that of standard road construction.

At the base of Bear Mountain Road on the Westchester side of the span by Peekskill is a small Tutor style tollhouse which was utilized in the early days of the bridge to collect tolls from those who would be traveling on the road—regardless of whether or not the travelers were intending on utilizing the bridge. The Harriman family company was in charge of collecting tolls for the first thirty years of the road and bridges usage before the rights of the span would be forfeited to the State for regulation. The construction of the toll house was dual purpose as it was intended to be both a collection office and the house of the toll taker. In 1940 when the tollhouse was sold to the state as per the contract of the bridge stipulated, the toll house began its decline. This decline was due to toll collection being moved to the western side of the span. Over time, the old tollhouse when into decline and went unnoticed and unkept until 2002 when it was reopened after renovations. Today, it serves as a regional visitation center , giftshop and as the trail head for a number of trails that lead up to the peak of Anthony’s Nose. The toll house is open seasonally from May to October.