Built in 1774, the Nathaniel Rolfe house is the oldest structure in Penacook. This building was originally located at #6 Penacook Street, and was moved to just west of #116 Merrimack Street circa 1849. In 1888, it was moved back to Penacook Street again, directly southwest of the Rolfe Barn at #16. With the building was showing signs of deterioration, it was moved once more to its current location (with an improved foundation) in 2012 by the Penacook Historical Society. 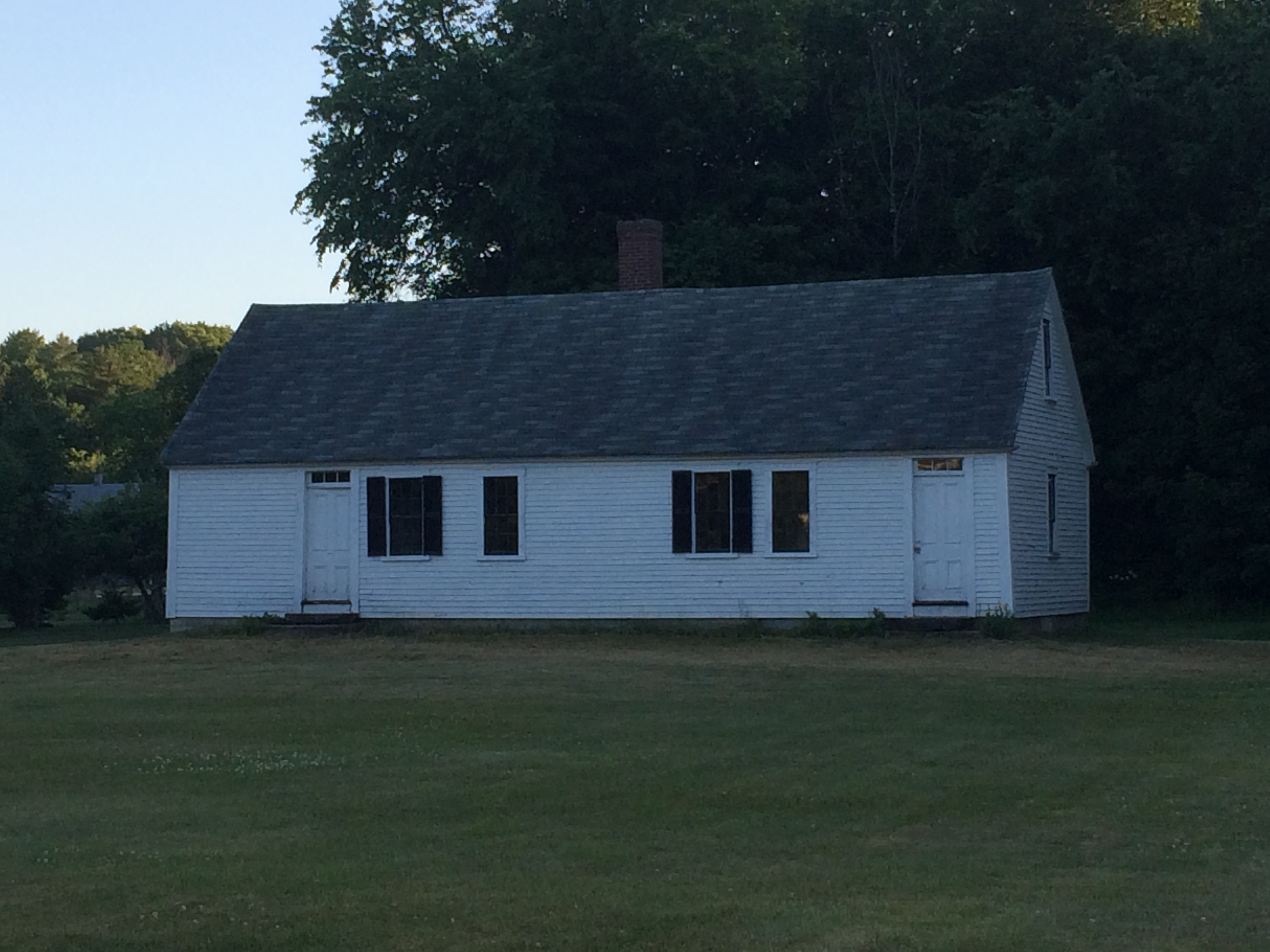 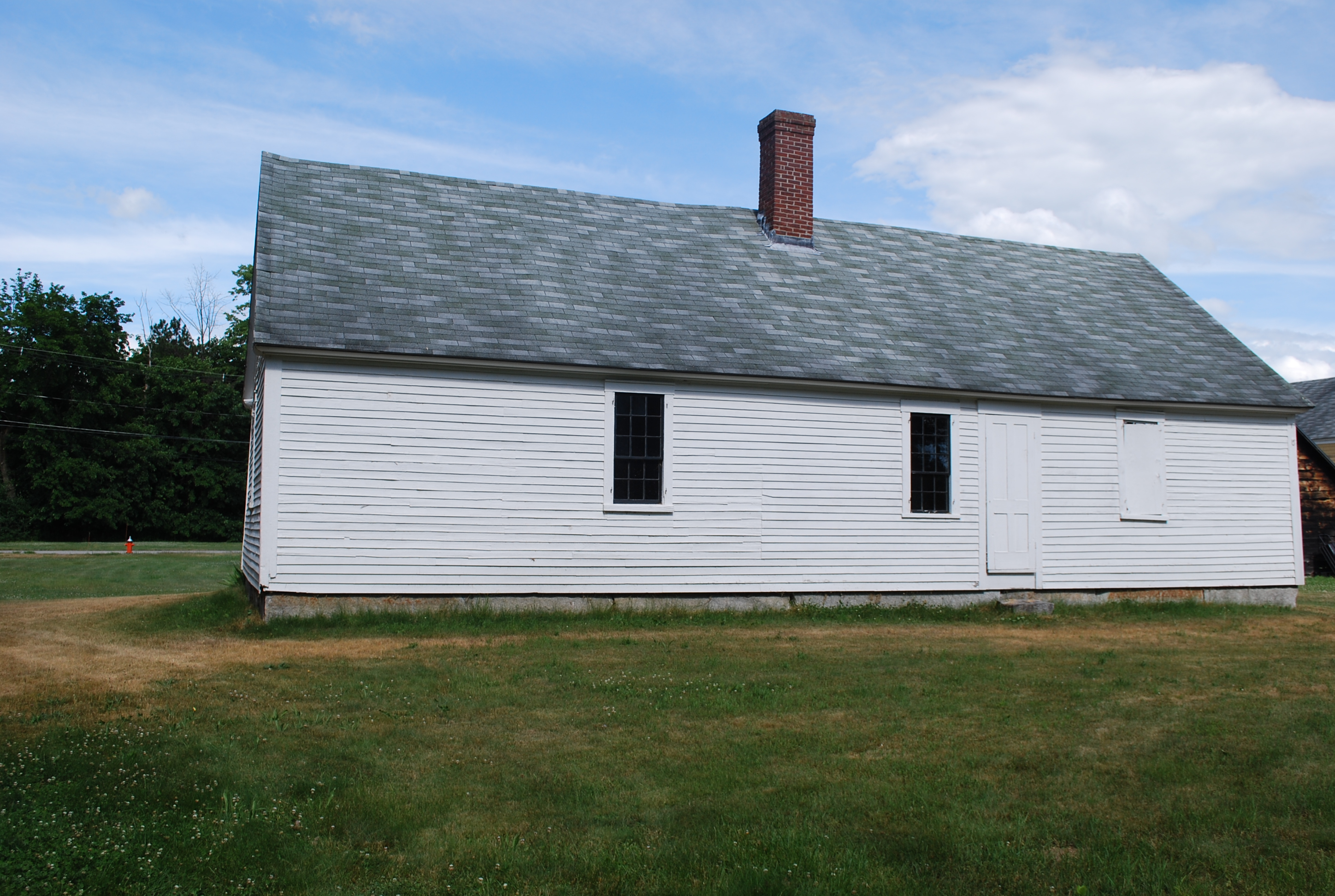 This 1 ½ story, side-gabled structure has a granite foundation and an asphalt shingled roof. The front windows are 19th century 6/6 sash, while the remainder (with one excpetion) have Federal era 9/6 sash.  The doorways have mid-19th century four-panel doors with Federal era three-light transoms above. A large ell in the back of the building was removed in the mid-1950s. The interior of the house, vacant for over sixty years, reflects the complex history of the structure, including its origin as two separate structures and its several moves.  The dominant interior finish appears to date from 1829-1840. Although the house was occupied until 1953, there were no apparent improvements made during the 20th century.

From c. 1774 until c. 1888, various members of the Rolfe family occupied this small house. Brothers Nathaniel (1744-1829) and Benjamin (b. 1752), who originally erected the house (probably just the north half) shared the house with their wives and growing families, with as many as fifteen people (!) before Benjamin moved to Maine. The south half was likely combined to the north half around 1778, when Nathaniel married Judith Walker Chandler.

Nathaniel’s second son, Capt. Henry (1785-1859) and married Deborah Carter (1786-1849) in 1808 and had their first four children in this house before building their own house a short distance to the south at #41 Penacook Street. Nathaniel and Judith’s oldest son Deacon Abiel Rolfe remained in the house until 1834 when he built his own house at #11 Penacook Street.

For the next thirteen years, various of Capt. Henry and Deborah’s eleven children lived here. Circa 1849, the house was moved from its original site at #6 Penacook around the corner to Merrimack Street, just west of #116, where Capt. Nathaniel Rolfe (one of Capt. Henry’s sons) lived with his wife Mary Jane and their six children for about nine years.

The final Rolfe to live here was Colonel Abiel, his wife Sarah, and their daughter Lizzie, who occupied it for forty years. In 1860, in addition to the family of three, the house was home to five other laborers, all in their twenties. Colonel Abiel ultimately moved the house back to Penacook Street around 1888 and built a new house for himself and his daughter at #116 Merrimack Street.

The first occupant at the new site was likely farmer Joseph B. Knowlton, who leased it until his death. Charles C. Jerald, a sawyer at the Rolfe shop, moved in in November 1891. In 1905, he died from meningitis at age 42, leaving behind his widow, Mary “Etta” Hardy Jerald and two children.  Mary remained in the house, mostly alone, until 1953, primarily doing laundry for Georgianna Rolfe at #11 Penacook Street and Herbert and Lucy Rolfe at #6 Penacook Street.