Four Mile’s windmill is from around 1900, but is not original to the park. It was installed in the park in 2008. Windmills served many different purposes. Some were for pumping water. Others, like those seen in Europe, were used for grinding grain. Modern windmills are often called wind turbines, and convert wind into energy. 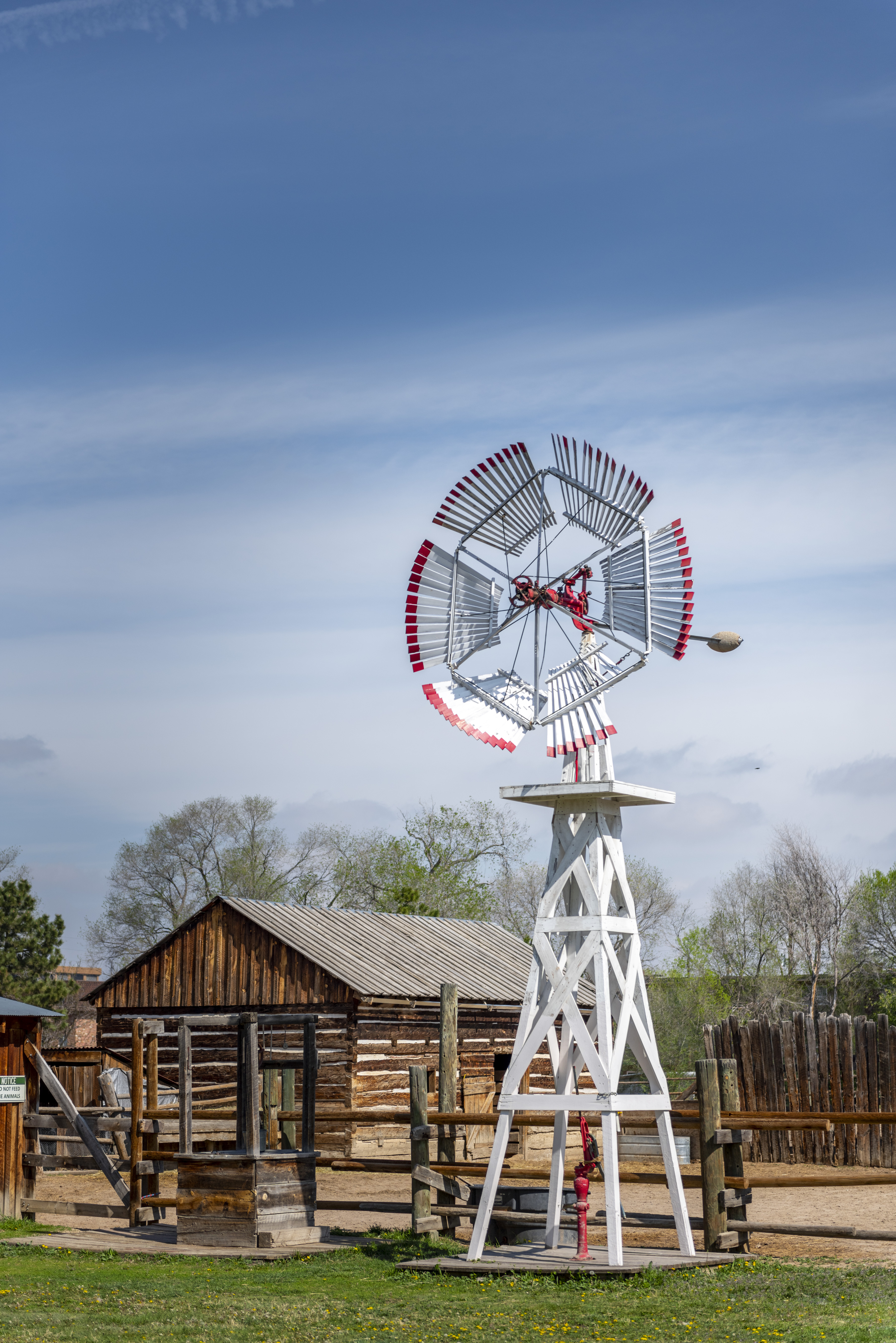 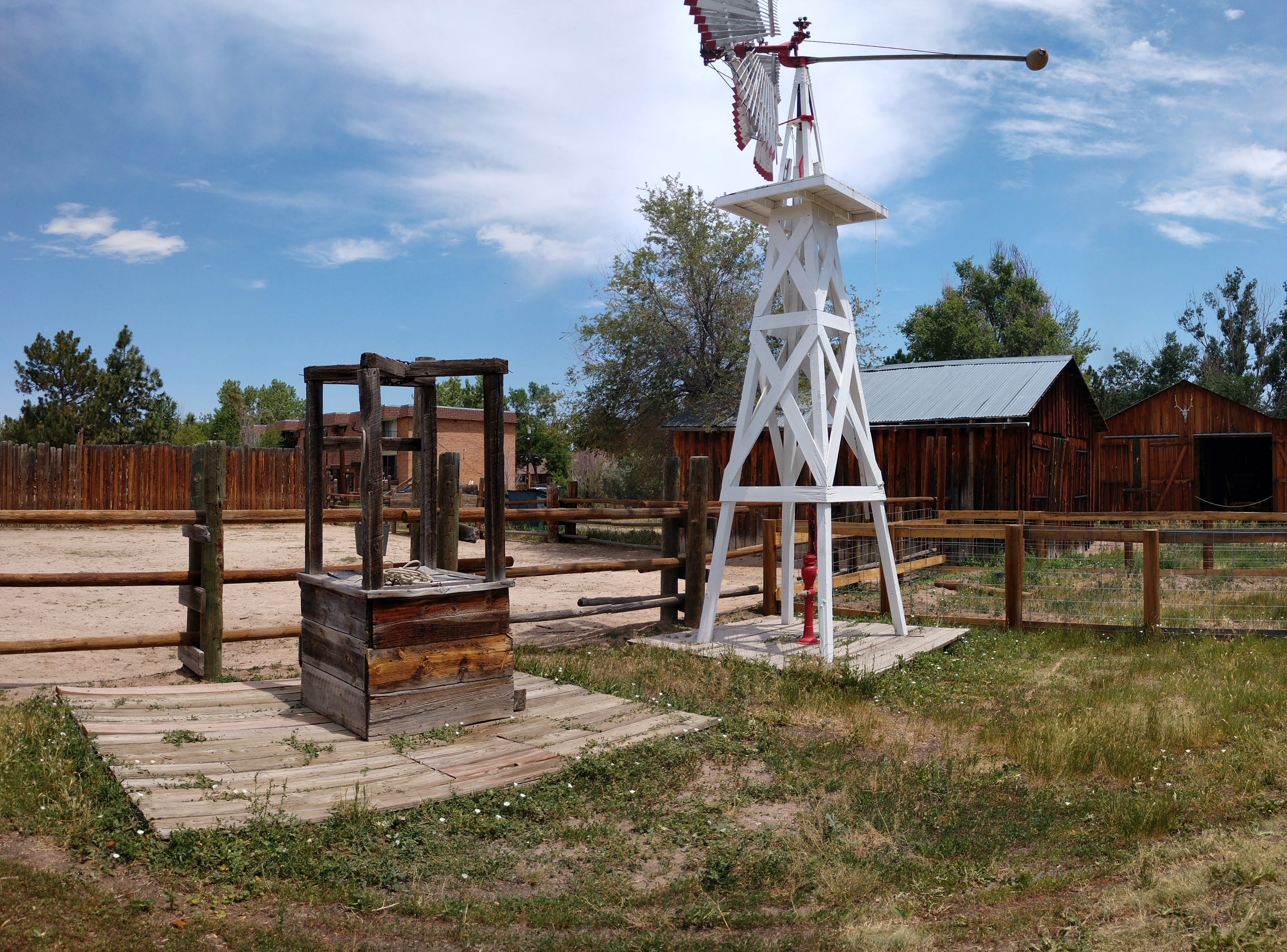 Windmills like those seen in the Park were invented in 1854. Six million windmills were sold between 1880 and 1935. Four Mile's windmill is currently for display purposes only, but windmills like this- and the pump below- would have been used to pump water from a well. The spinning of the windmill would move a pump up and down, drawing water from the well. On windy days a windmill would pump up to three gallons of water a minute. Some windmills used a weathervane to direct it into the wind, but Four Mile’s windmill relies on a round weight to move it around.