The original portion of the Four Mile House was built by brothers Samuel and Jonas Brantner in 1859. The Brantner brothers, along with Samuel's wife Elizabeth and his father-in-law Lewis Smith had come to Colorado in search of gold, but soon used their log house to provide lodging for other travelers. Samuel and Elizabeth's daughter Izamba would be born in the house in October of that same year.

The back porch of the Four Mile House 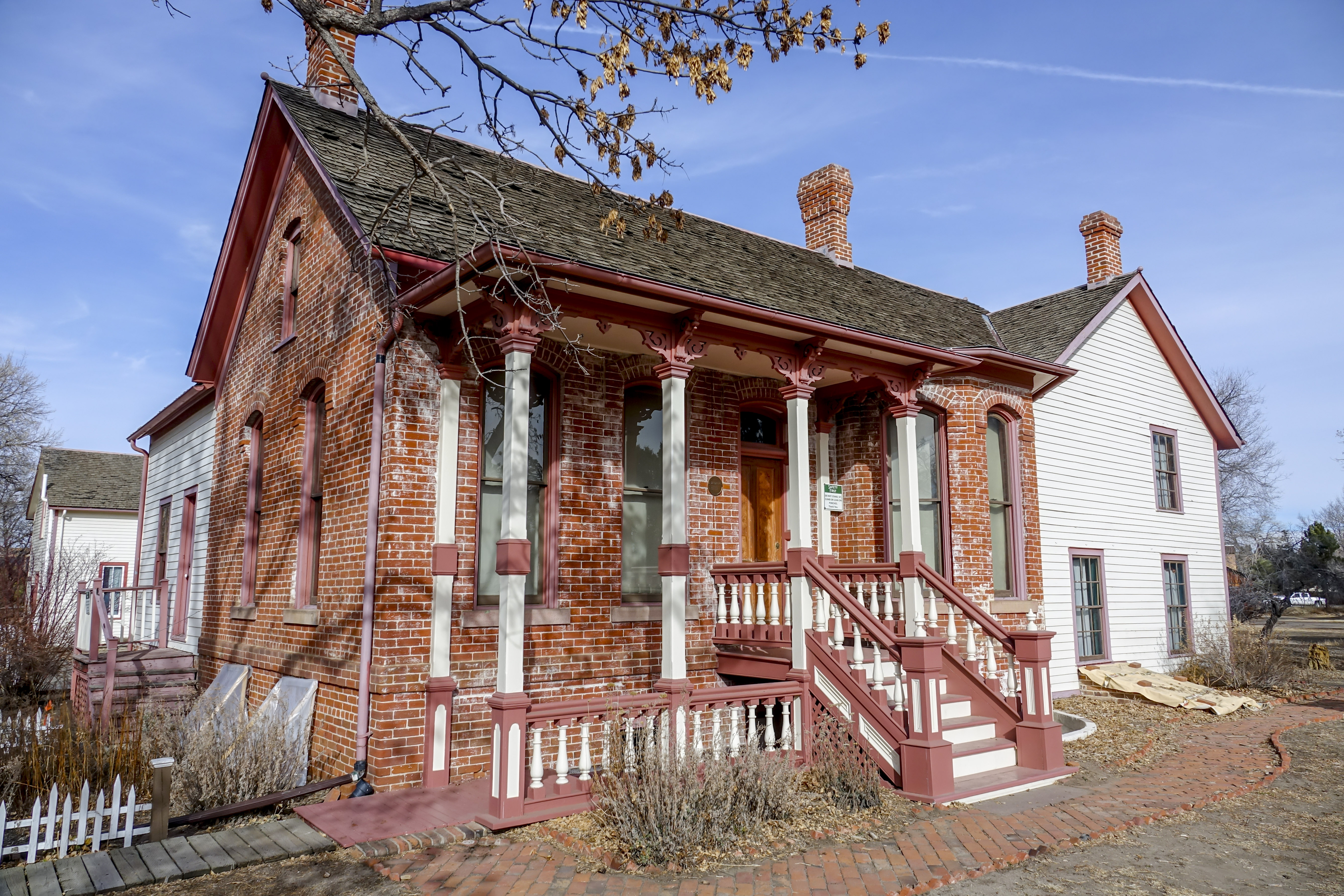 The Four Mile House in 1948, showing the bricks painted white 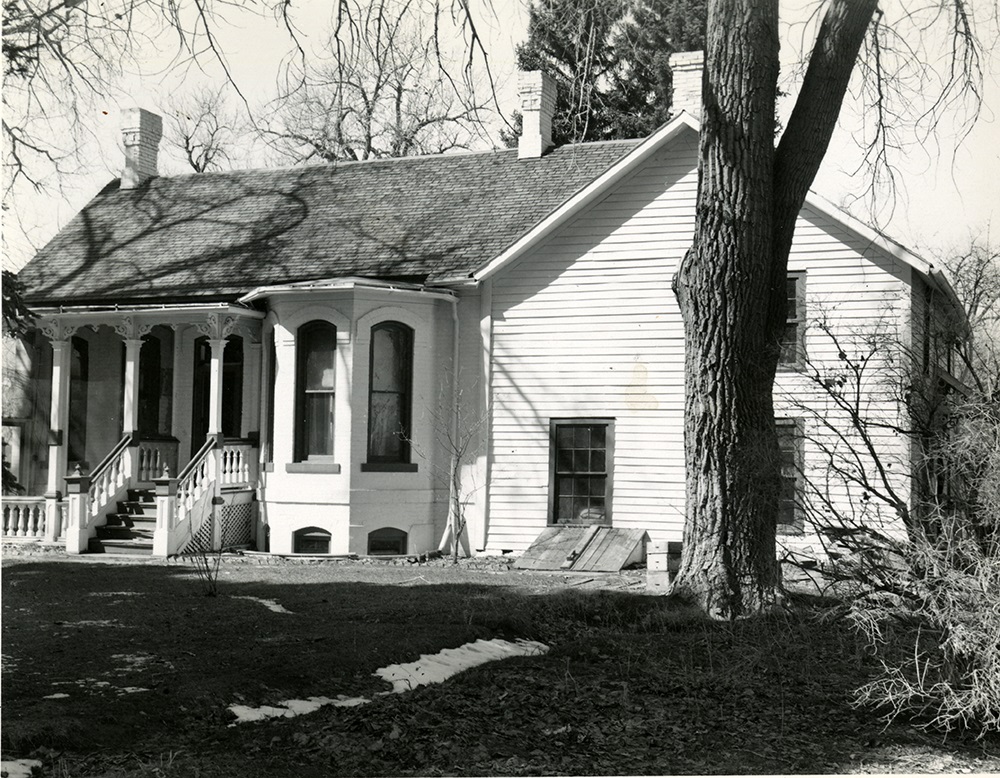 Levi and Millie Booth sitting outside of the house, ca. 1904. 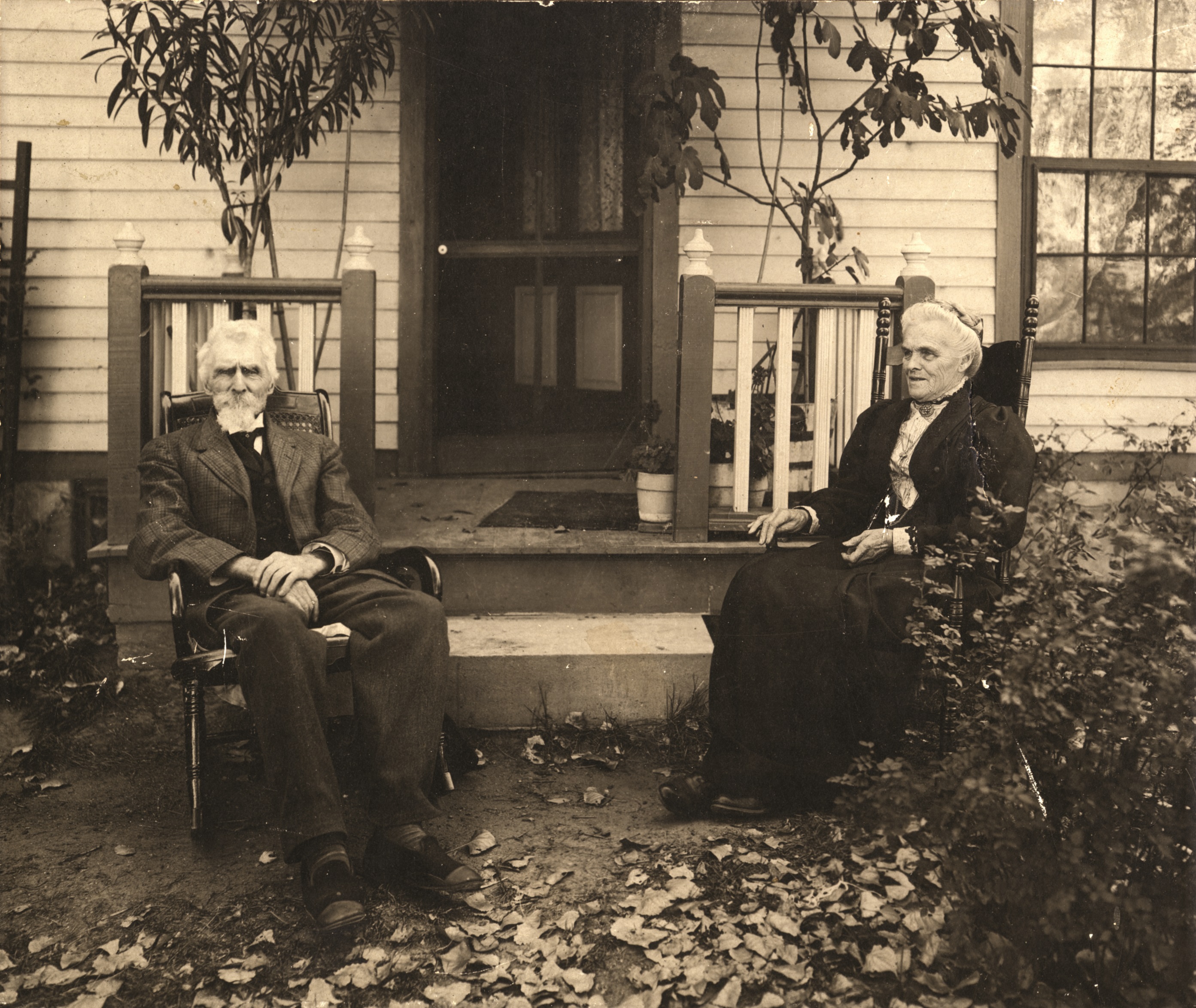 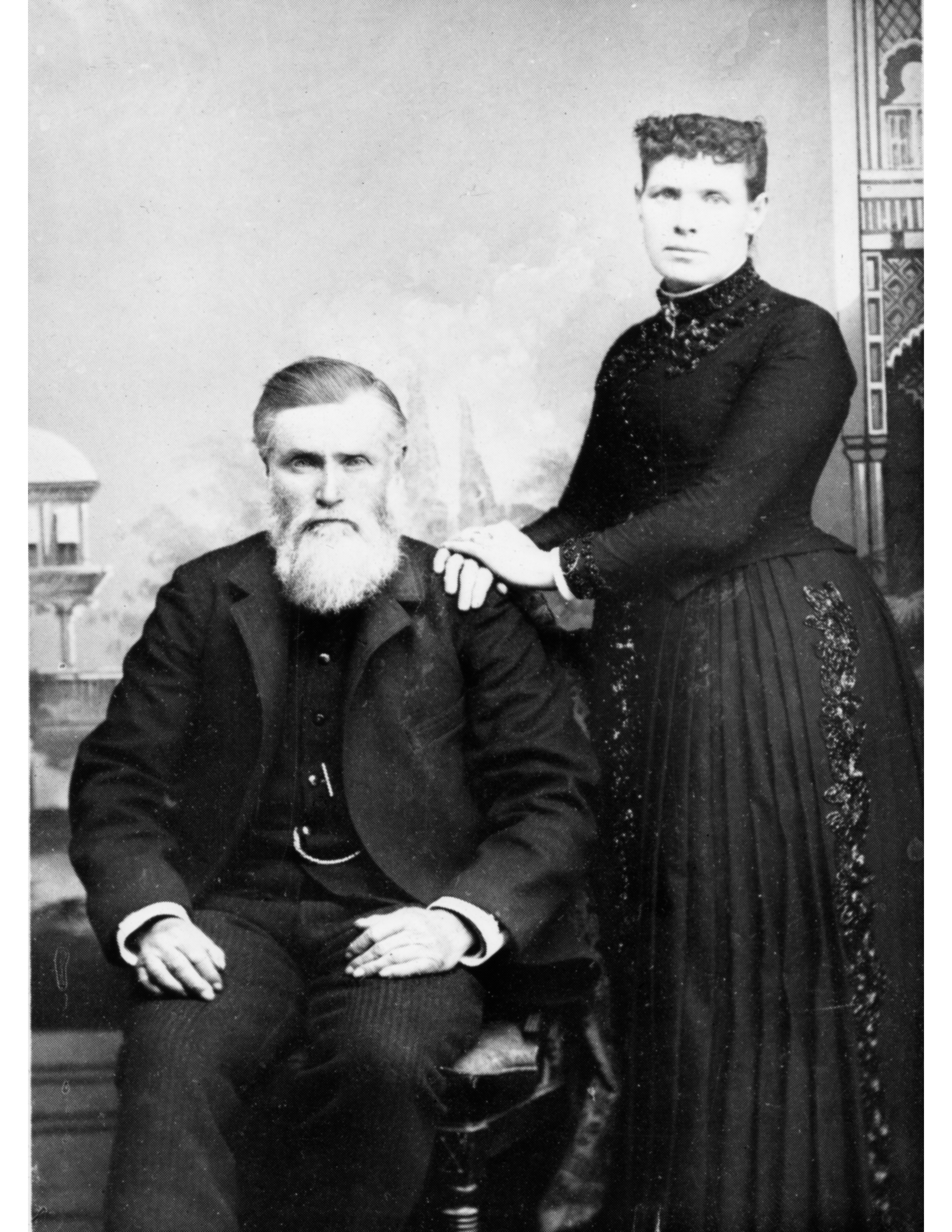 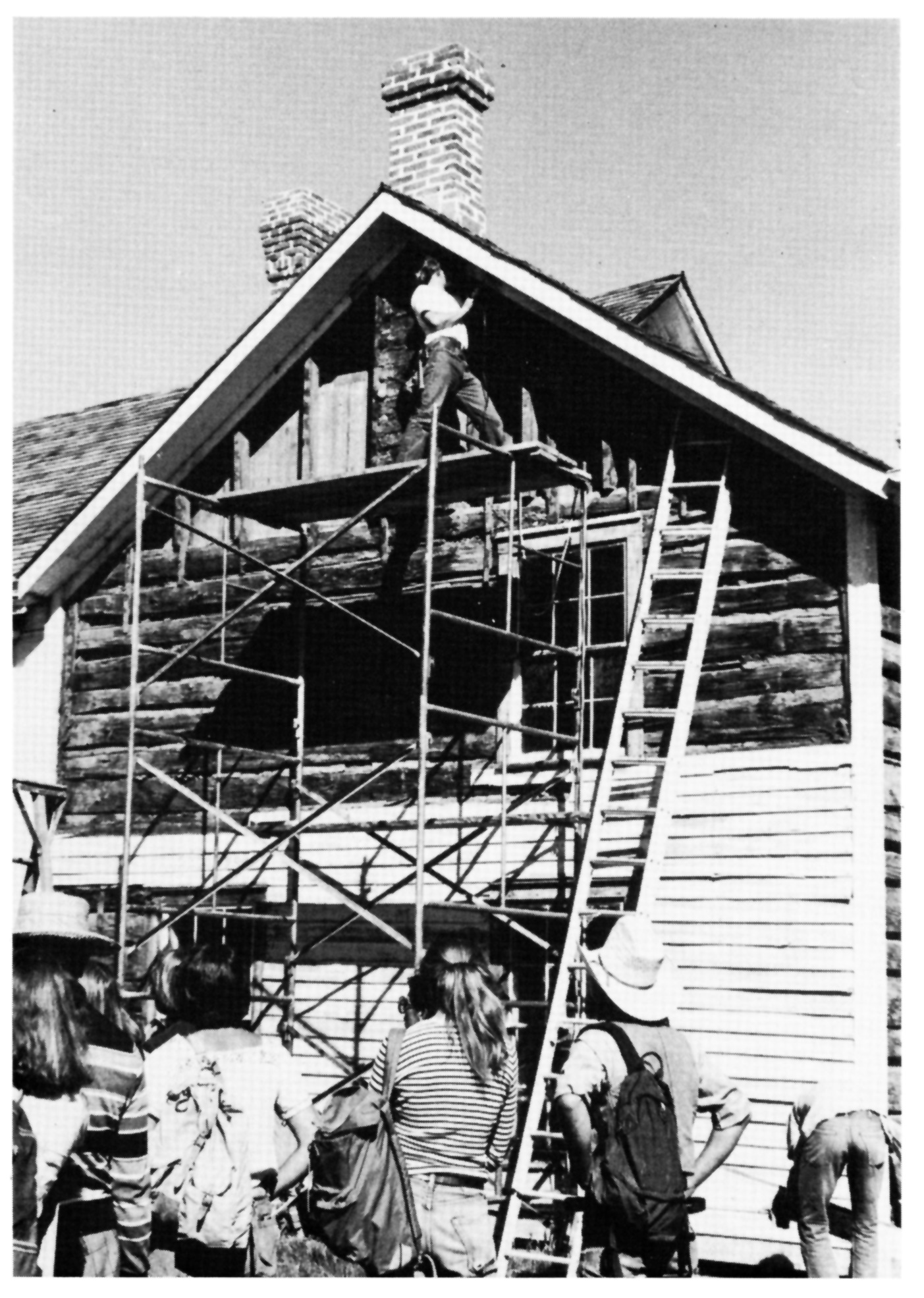 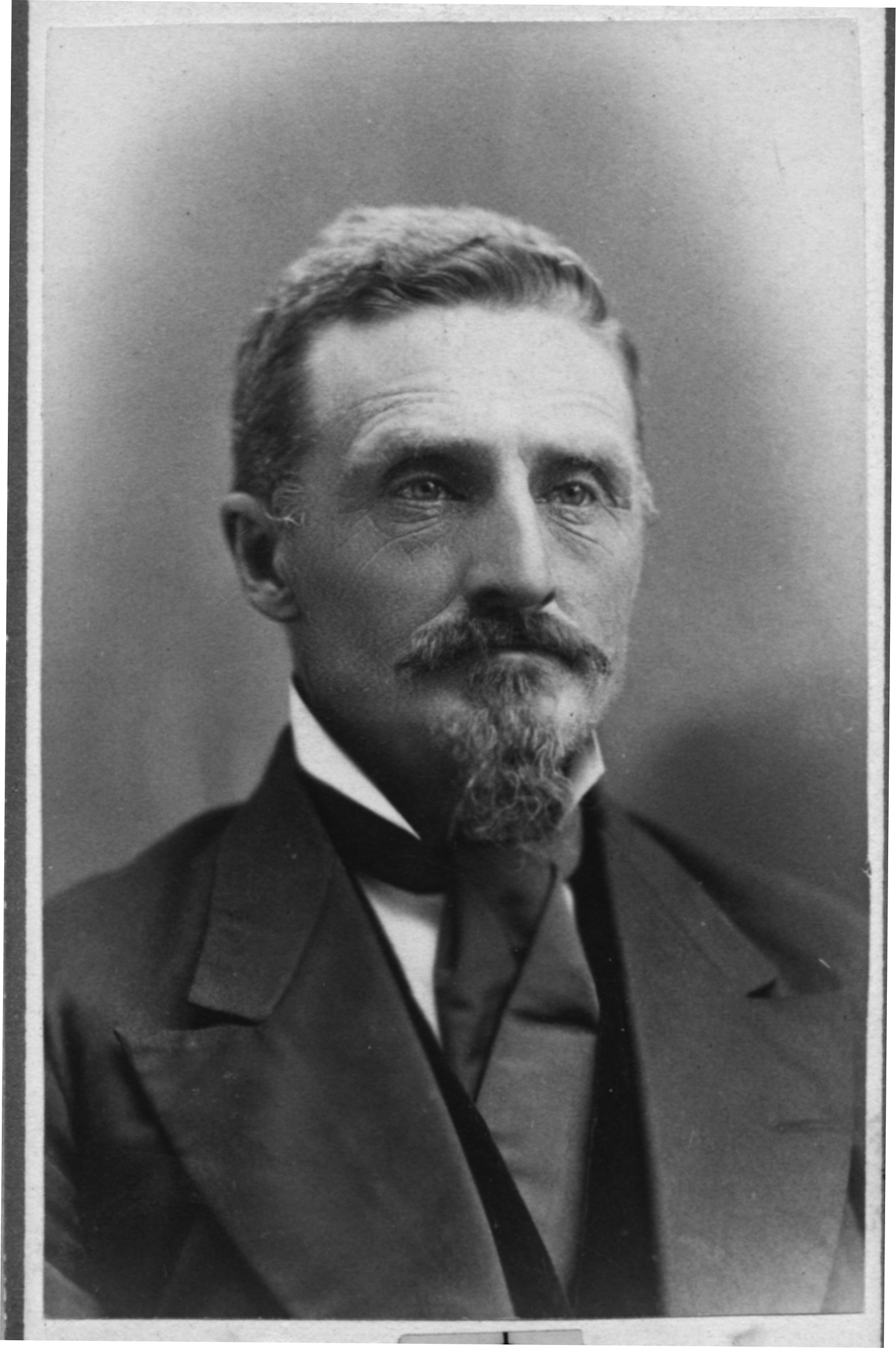 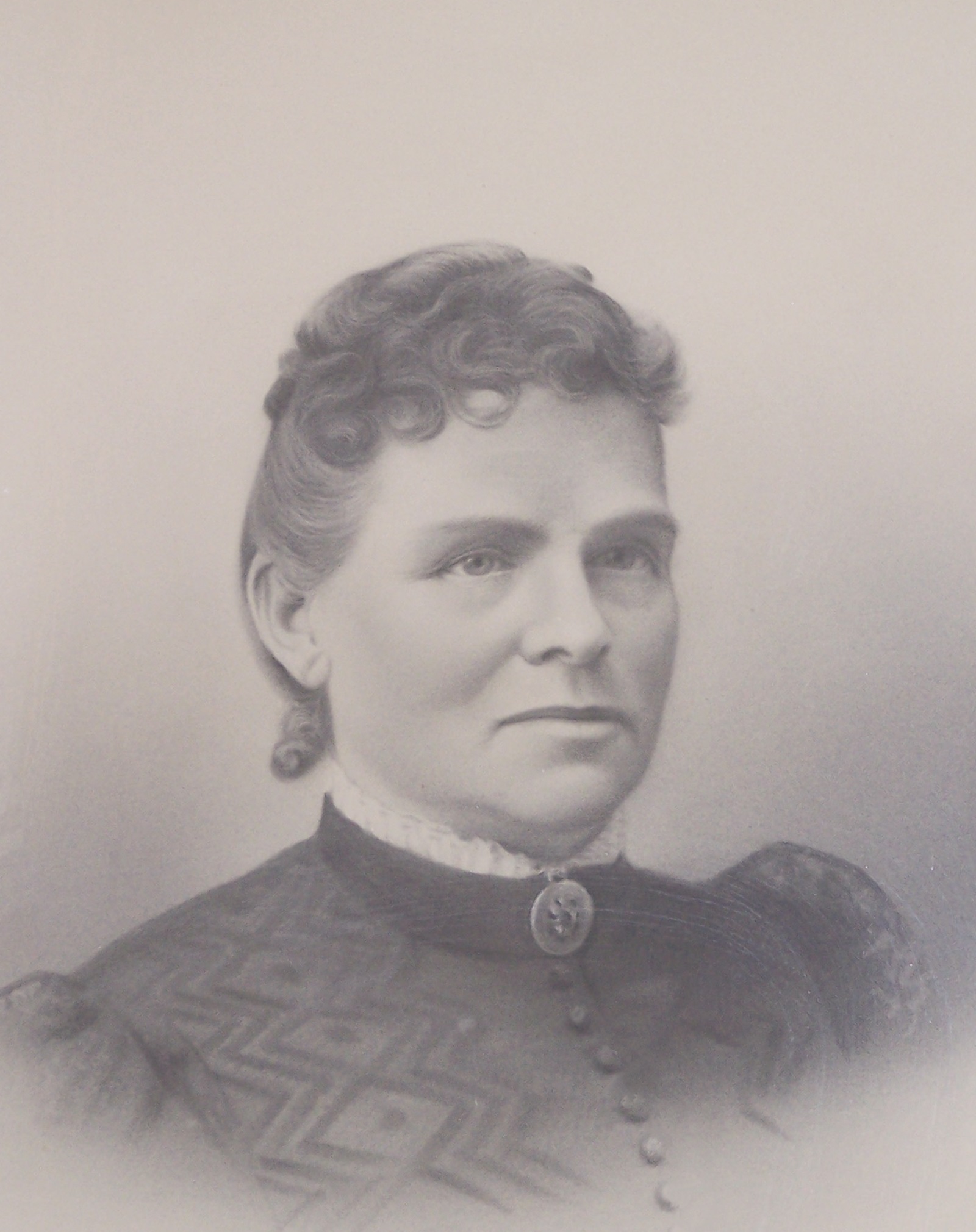 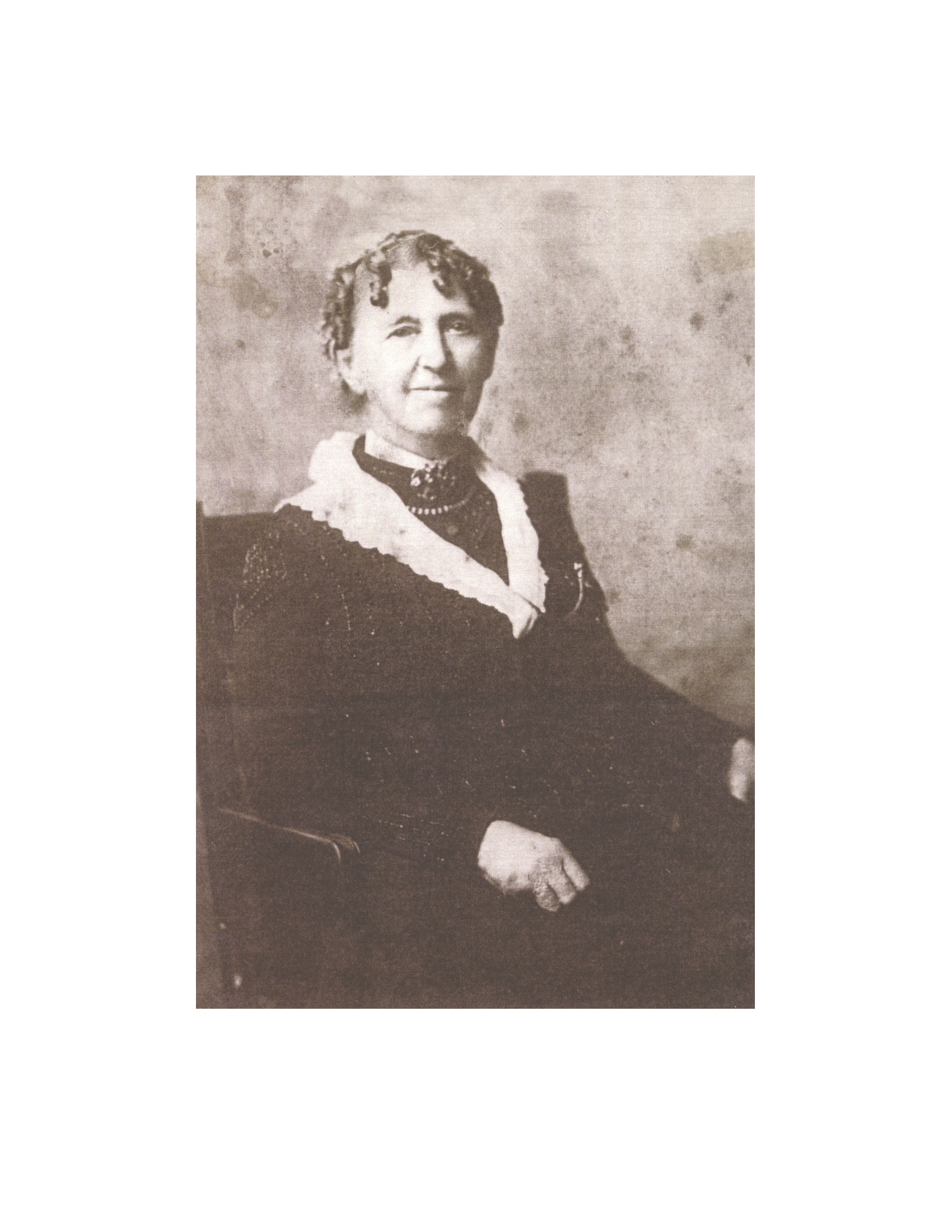 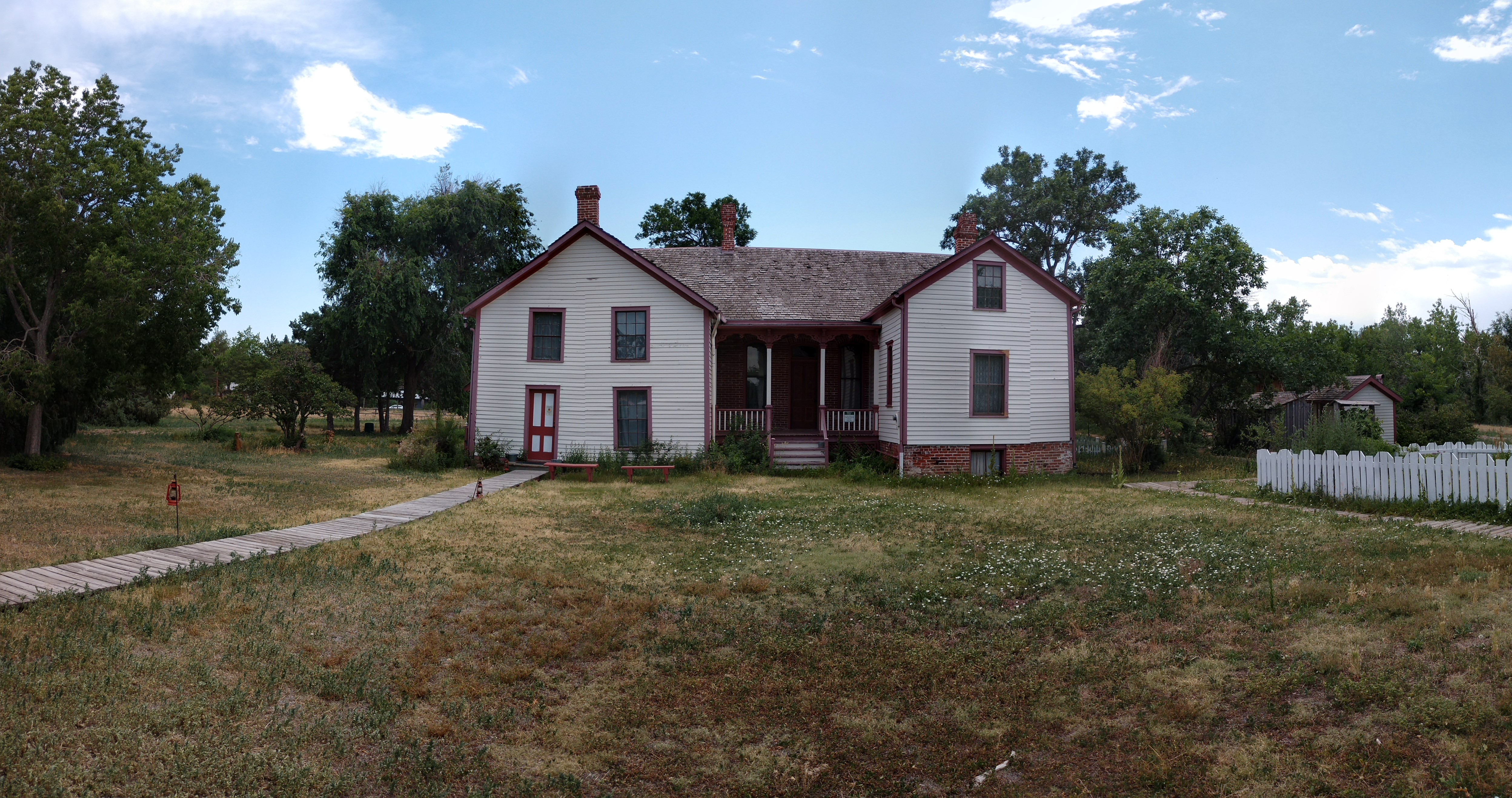 The tavern of the Four Mile House. This is where the men would enter.

Mary Cawker's parlor. Women and children would enter from a side door, as it wasn't proper for them to go through the tavern.

The upstairs was supposedly home to dances, but it was also used for sleeping. 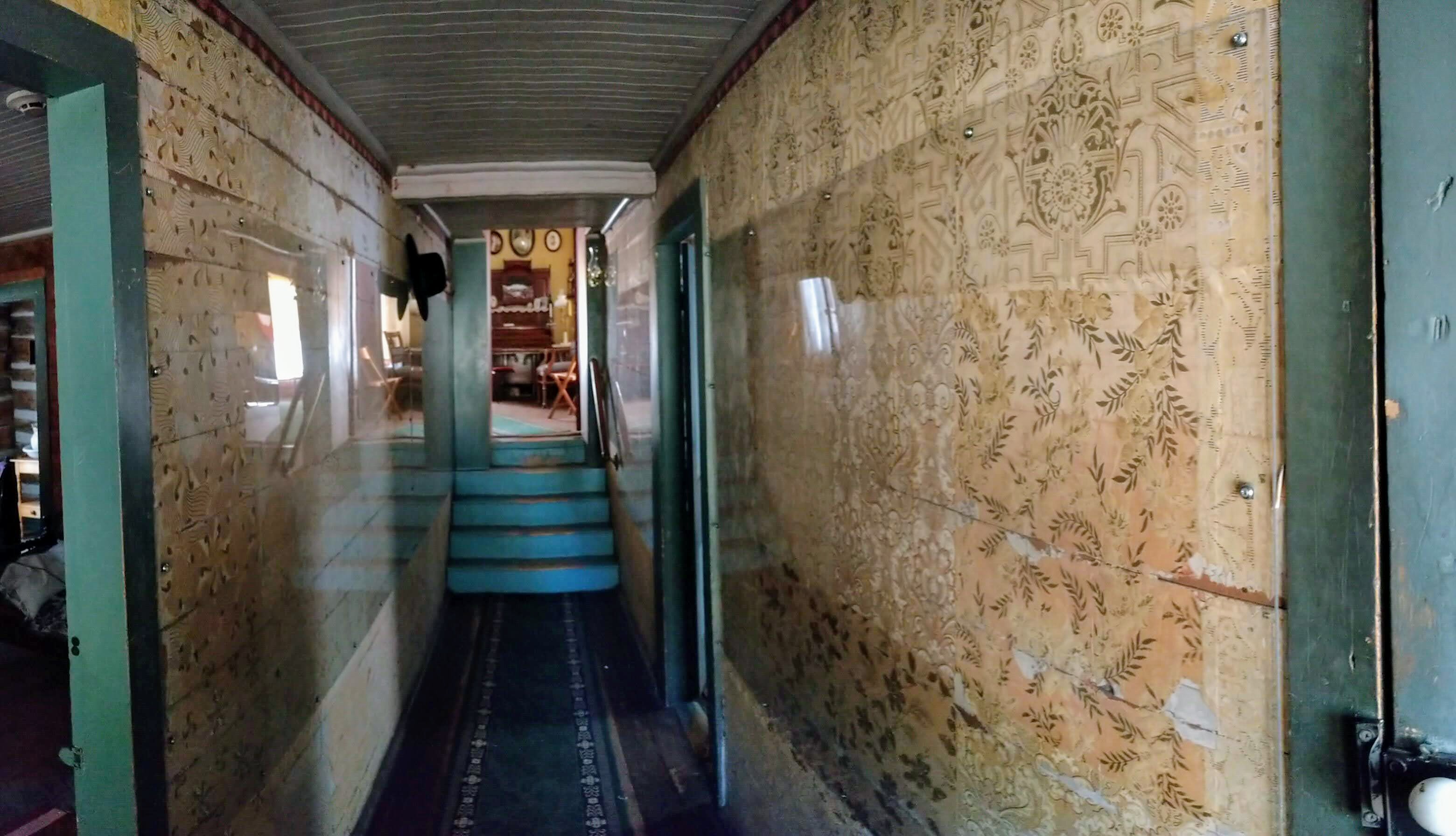 The kitchen of the Four Mile House. 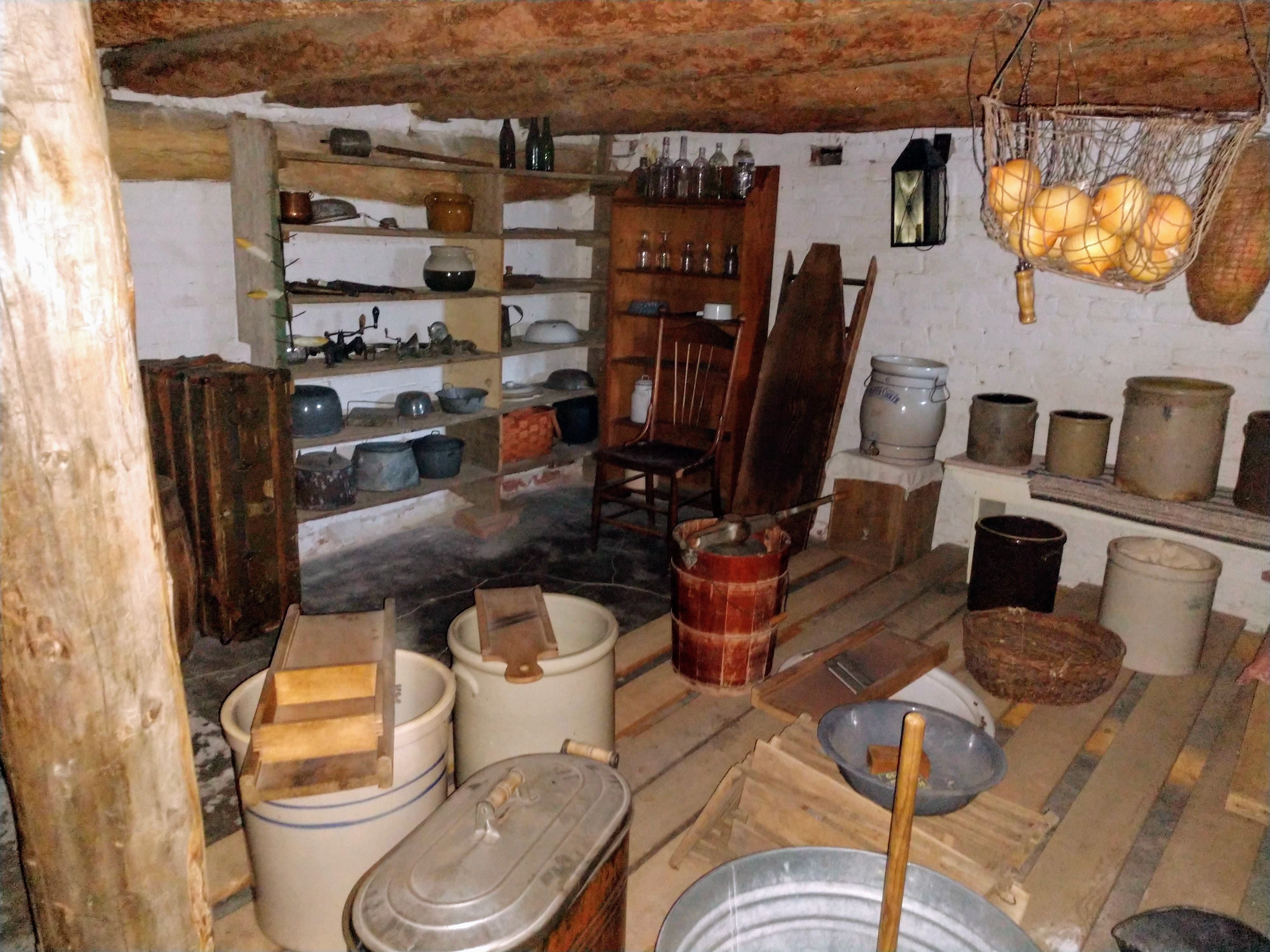 The original building is a house, not a cabin, because it contains two floors instead of just one. The upstairs was only accessible by an outside staircase, which would remain until around 1883. Although the stairs are now gone, the upstairs door still remains and can be seen from inside the building. A lean-to (similar to a shed) was attached to the original building, and would be used for a kitchen and a dining area.

In 1860 the Brantners sold the building to a widow named Mary Cawker and moved north to what is now Henderson, Colorado. Mary and her two teenage children, Samuel and Elizabeth, would run the house as a stage stop for travelers on the Cherokee Trail until 1864. The house became known as the Four Mile House because its location was four miles from what would eventually be downtown Denver.

Mary would increase her land claims surrounding the house, and would eventually claim from what is now Colorado Boulevard to Holly Street, and most of the Cherry Creek Valley. She would have many outbuildings built on the property, and it was during her residency that most believe the clapboard siding was added to the building.

Cherry Creek was prone to floods, and a massive flood in 1864 would leave the property a muddy mess and Mary stranded and isolated for several days. She would sell the house, the outbuildings, and her land claims soon after to Levi and Millie Booth for $800.

The Booths would continue running the house until the 1870s, when the railroads began to arrive in Denver. The house would remain in its original state for about twenty years before the Booths decided to renovate and expand the house into what is seen today. According to Park stories, the original log house nearly burned down one day. Laundry was boiling on the stove when sparks flew up the chimney and landed on the roof, igniting it. Millie reportedly climbed on the roof and organized a bucket brigade with hired girls and her children. She ended up having to chop the smoldering parts of the roof away with an ax, but she saved the house.

The middle brick addition was built in 1883, and it cost the Booths around $3,000 to $4,000 to build. The bricks were thought to have come from a nearby brickyard called the Robinson Brickyard. Elements of Victorian architecture can be seen in the decorative trim on the two porches.

The frame portion next to it used to be a separate building, and housed the hired hands that worked on the farm or the nearby dairy. This building would be moved and attached to the brick addition during the 1883 renovation.

Levi and Millie would live in the house until they passed away. Levi died in 1912 and Millie died in 1926. They are both buried in Denver’s historic Fairmount Cemetery, which is located about two miles from Four Mile.

Their daughter, Ellen, also known as Ella, would live on the property with her family until 1945. The house would later be purchased by the city of Denver in the 1970s.

Restoration work would begin in the late 1970s, with a plan to bring the house back to what it looked like in the 1800s. Interior and exterior work was necessary to restore the house. Some of the clapboard siding needed to be replaced, along with foundation work. The bricks on the addition had been painted white in 1946, so the paint was carefully and painstakingly cleaned. The Four Mile House was placed on the National Register for Historic Places in 1969 Additional restoration work would occur throughout the rest of the 20th century. The most recent restoration took place in 2019, when the back porch was restored thanks to a grant from the State Historical Fund.