These are the markers of Henry S. Clark and his son Henry A. Clark. Henry Clark was the first burial to take place in the Manatee Burying Ground. While his elaborate headstone is laying flat today, it was originally upright but had to be removed from a tree that was growing around it. His stone is one of the few within the cemetery which are signed by the carver, a true indication that the stone carver was extremely proud of his work. It is also one of the few stones within this cemetery, that note where the stone came from (Potsdam, NY). Depictions of Oak leaves and acorns, which can be seen on his headstone symbolize strength, endurance, honor, faith and virtue. 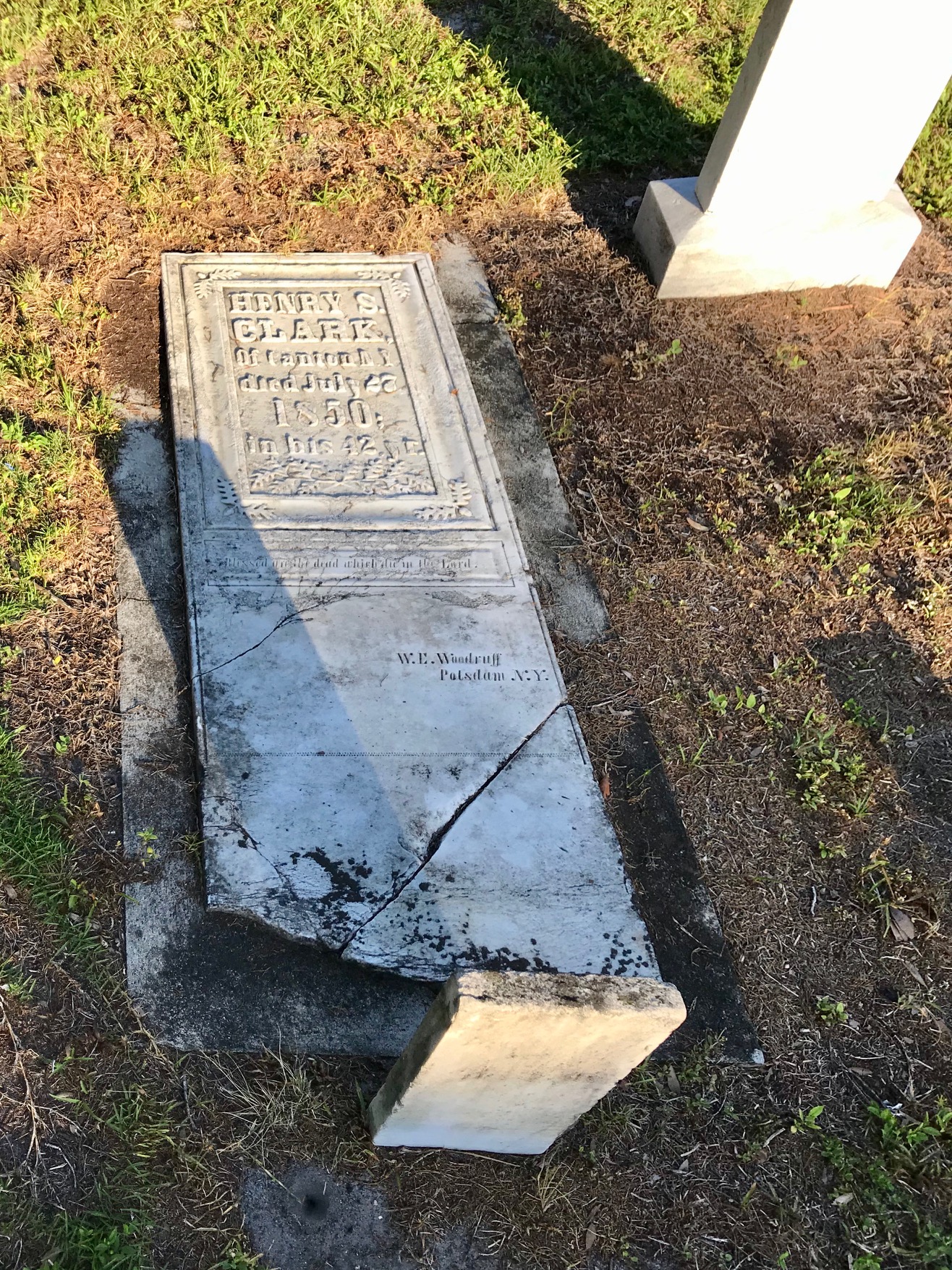 Henry A. Clark and Henry S. Clark in the mid-ground 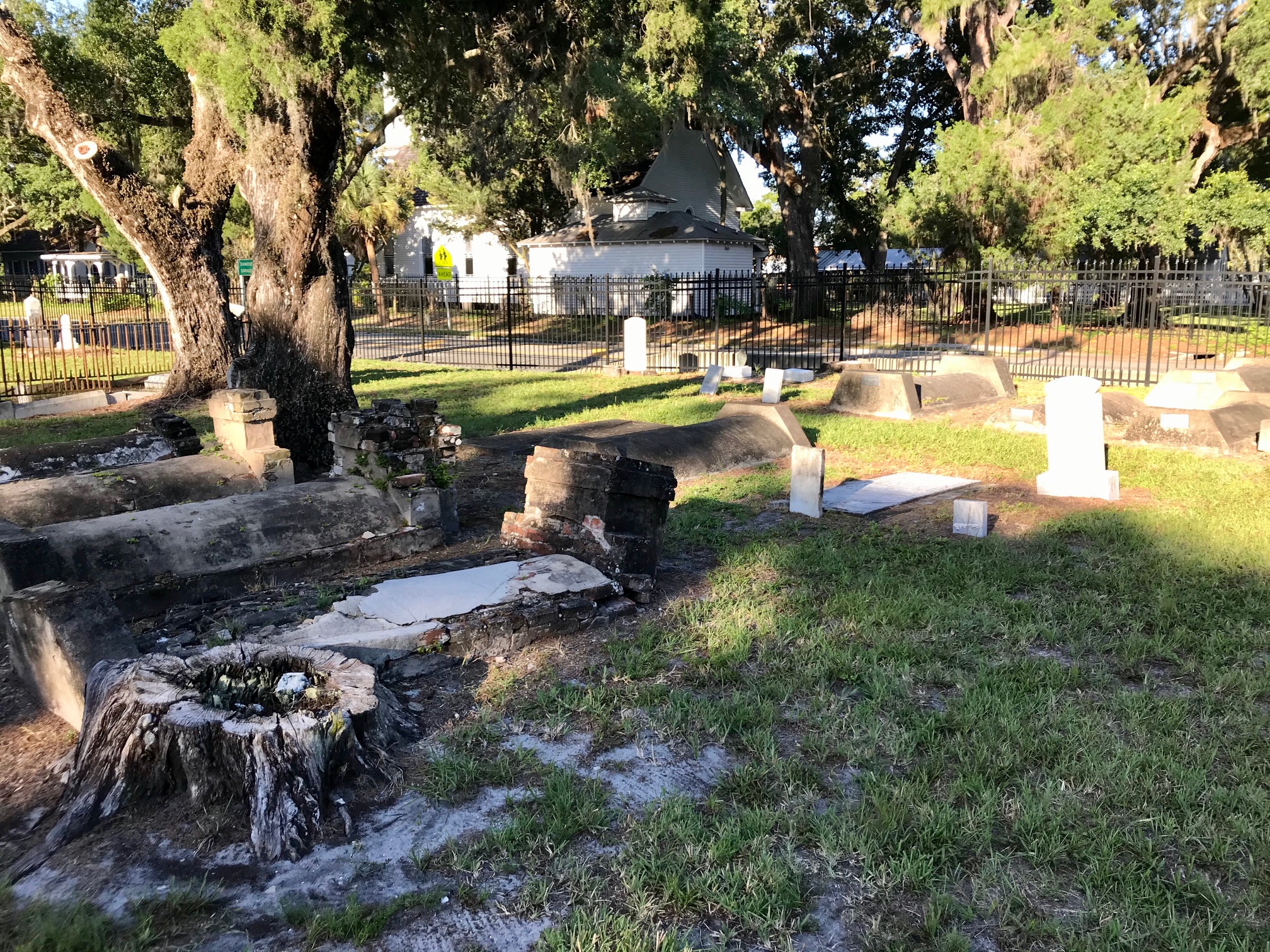 Henry S. Clark was born in Canton, New York. He traveled first to Georgia where he met and married Ellen and then moved to Ft. Brooke (present day Tampa) where they met Josiah and Mary Gates. They came to Manatee shortly after the Gates, claiming land just west of theirs which included a spring. They built a crude log home and a store as well as a small wharf on the Manatee River for the delivery of goods. A few years later, partnering with local blacksmith Thomas Kenney, Clark built a two-masted schooner. The ship sank on her maiden voyage in a hurricane so fierce that it washed away Clark's wharf and flooded his shop up to the counter tops. About the same time, Clark was sworn in as the local justice of the peace and then the first post master. In 1850 Clark was advised to return to New York to escape Florida’s heat and alleviate his failing health. He and his family boarded a rowboat to go to Ft. Brooke and catch a sailing ship to New York. Sadly, he died before the boat reached the mouth of the Manatee River. He was the first buried in the Manatee Burying Ground. His widow, Ellen, continued to run the store with the help of her teenage son, Henry A. Clark who died in 1906.