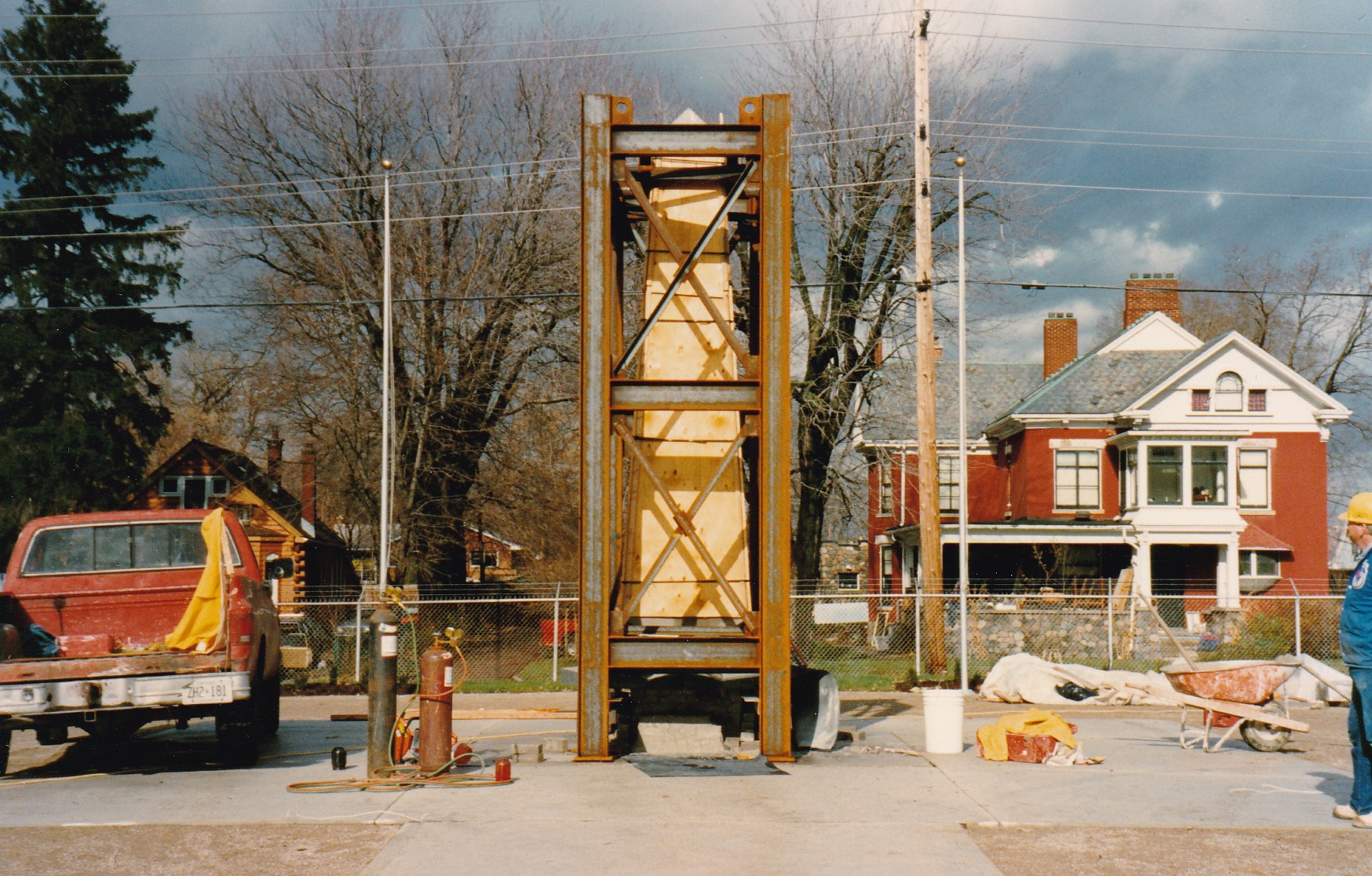 Rededication of the Cenotaph at The RCR Museum, 21 May 1995 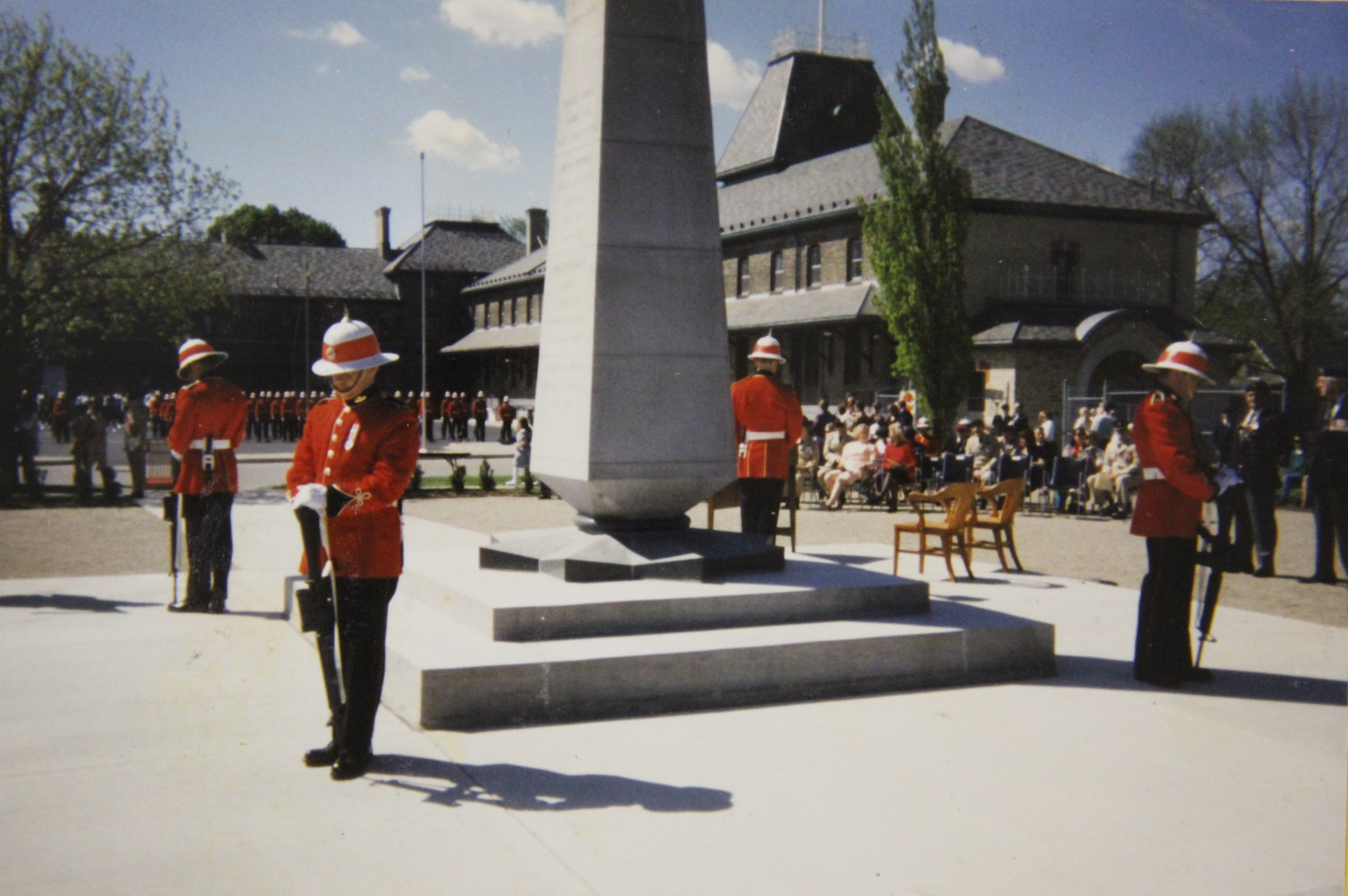 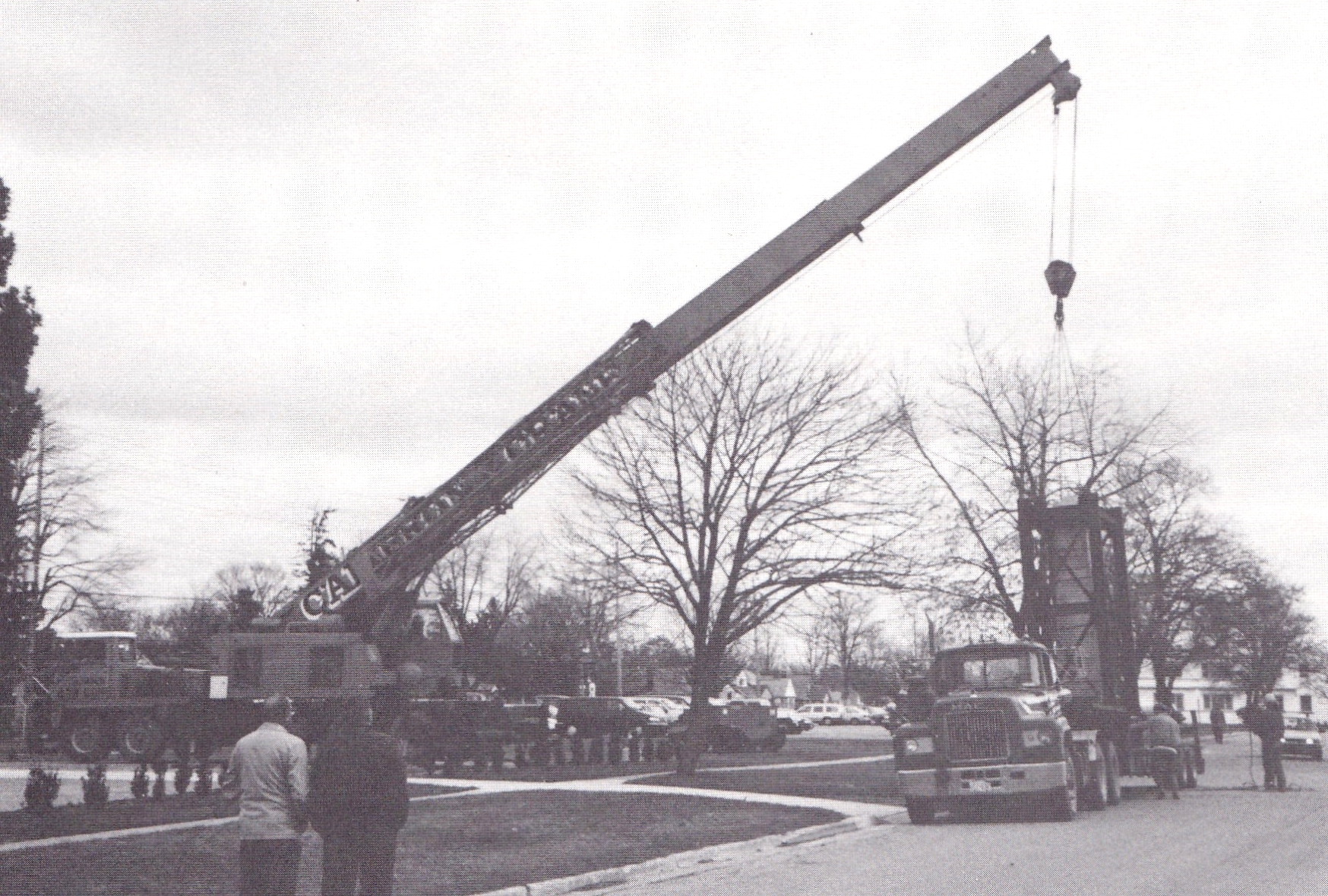 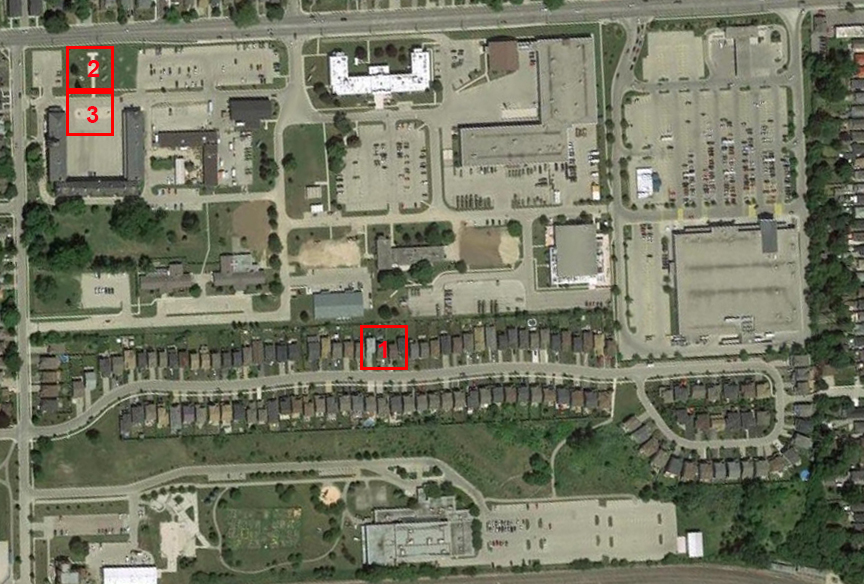 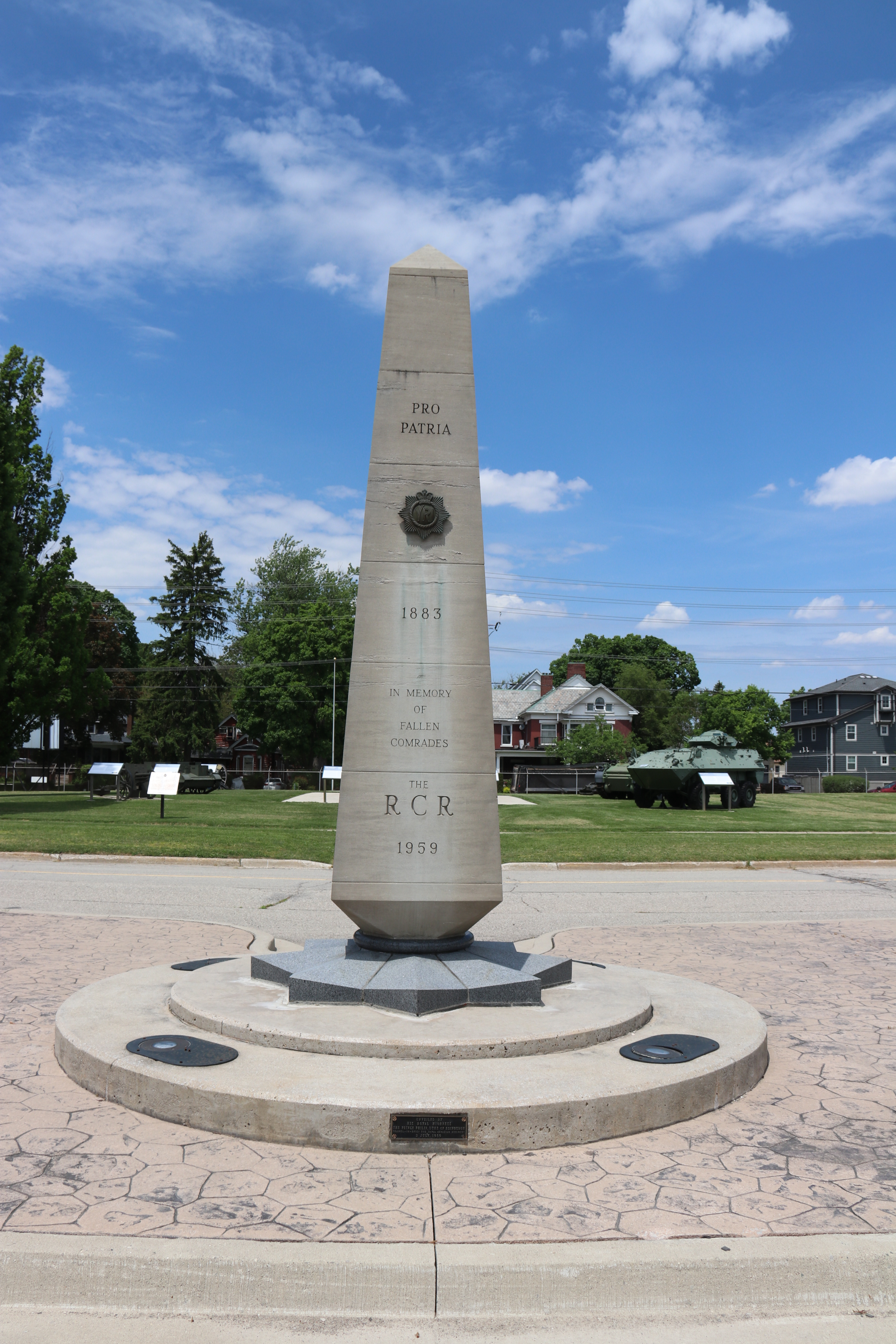 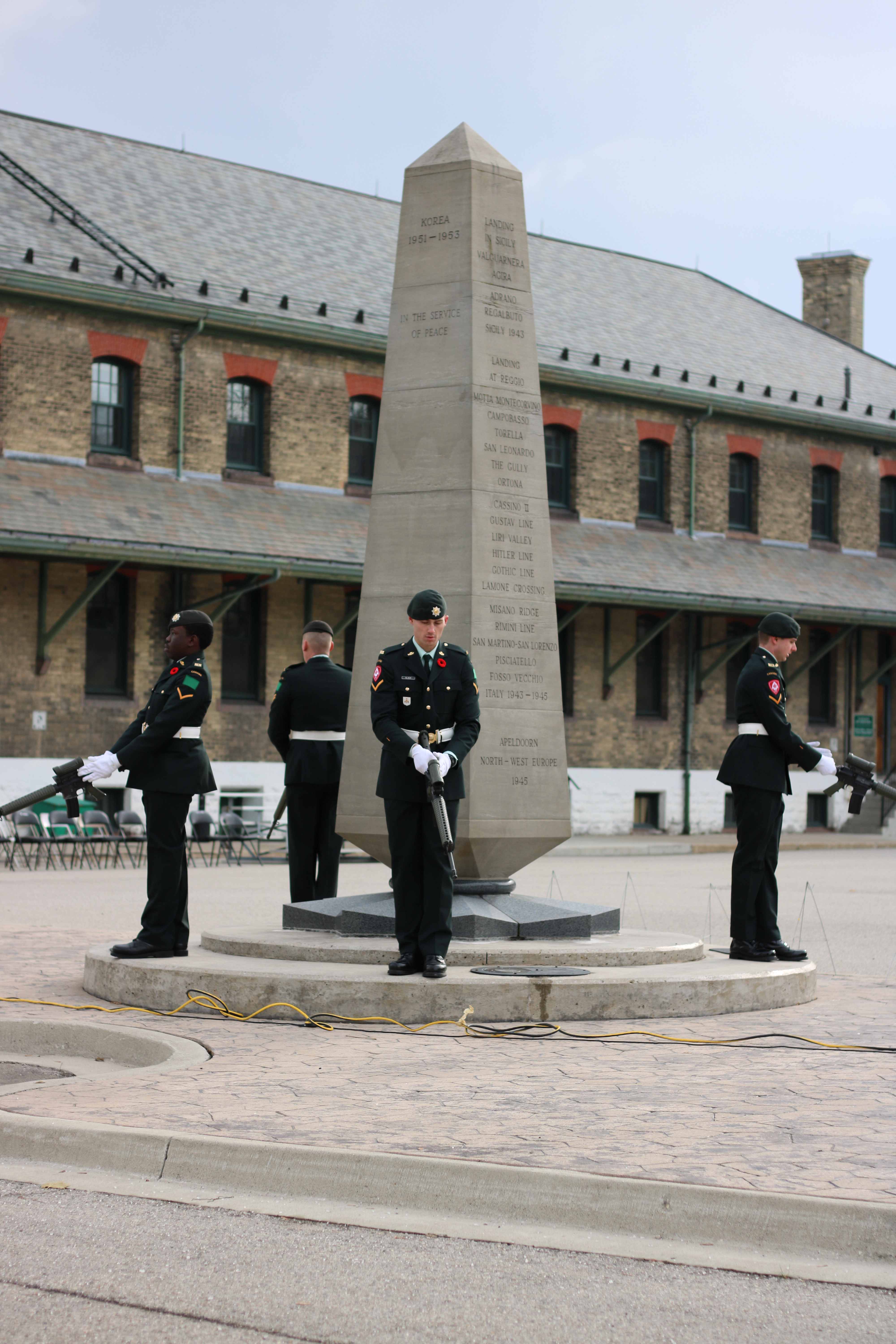 Order of Ceremony from the unveiling of the Memorial 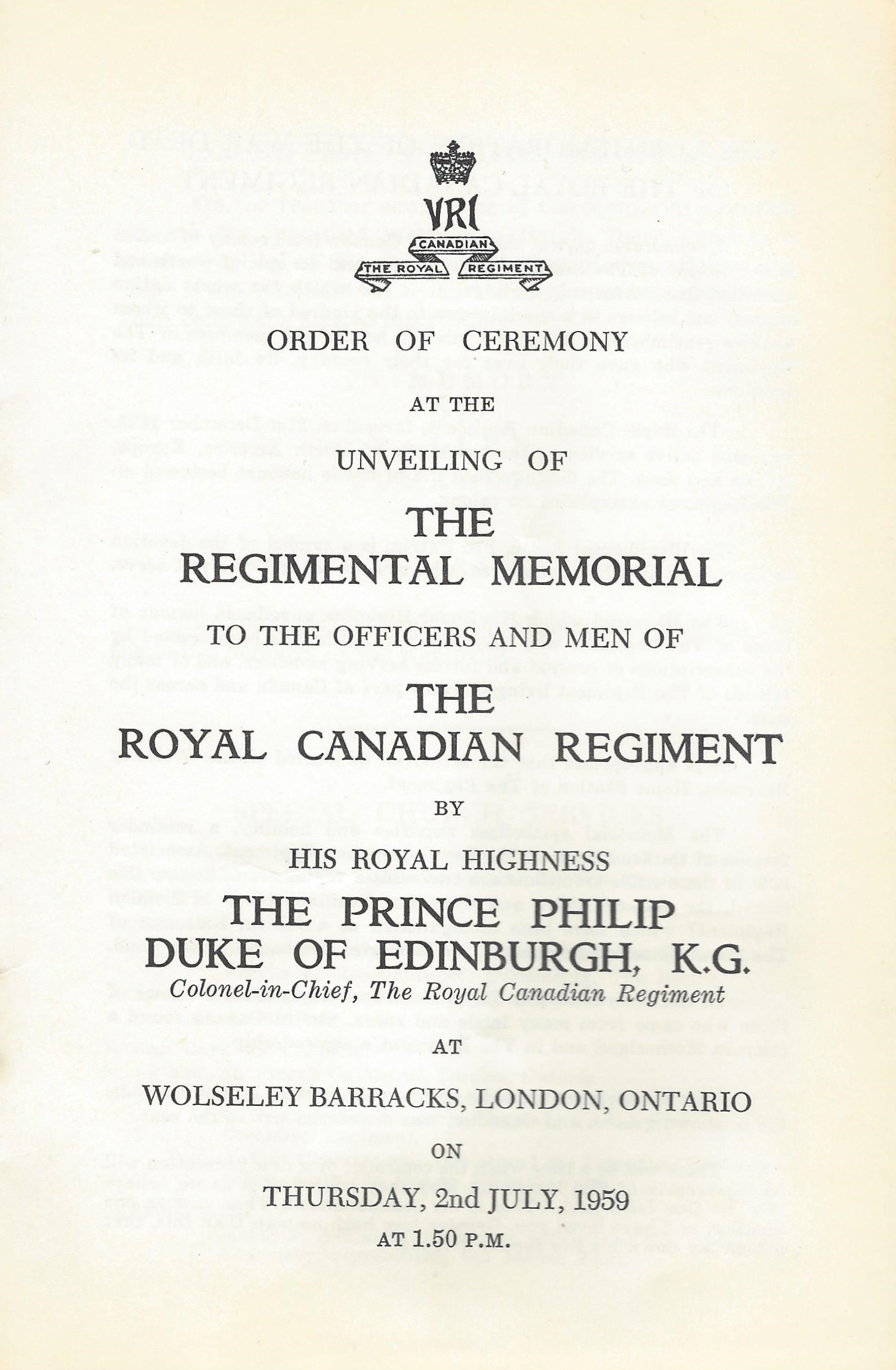 Standing Guard at the Regimental Memorial 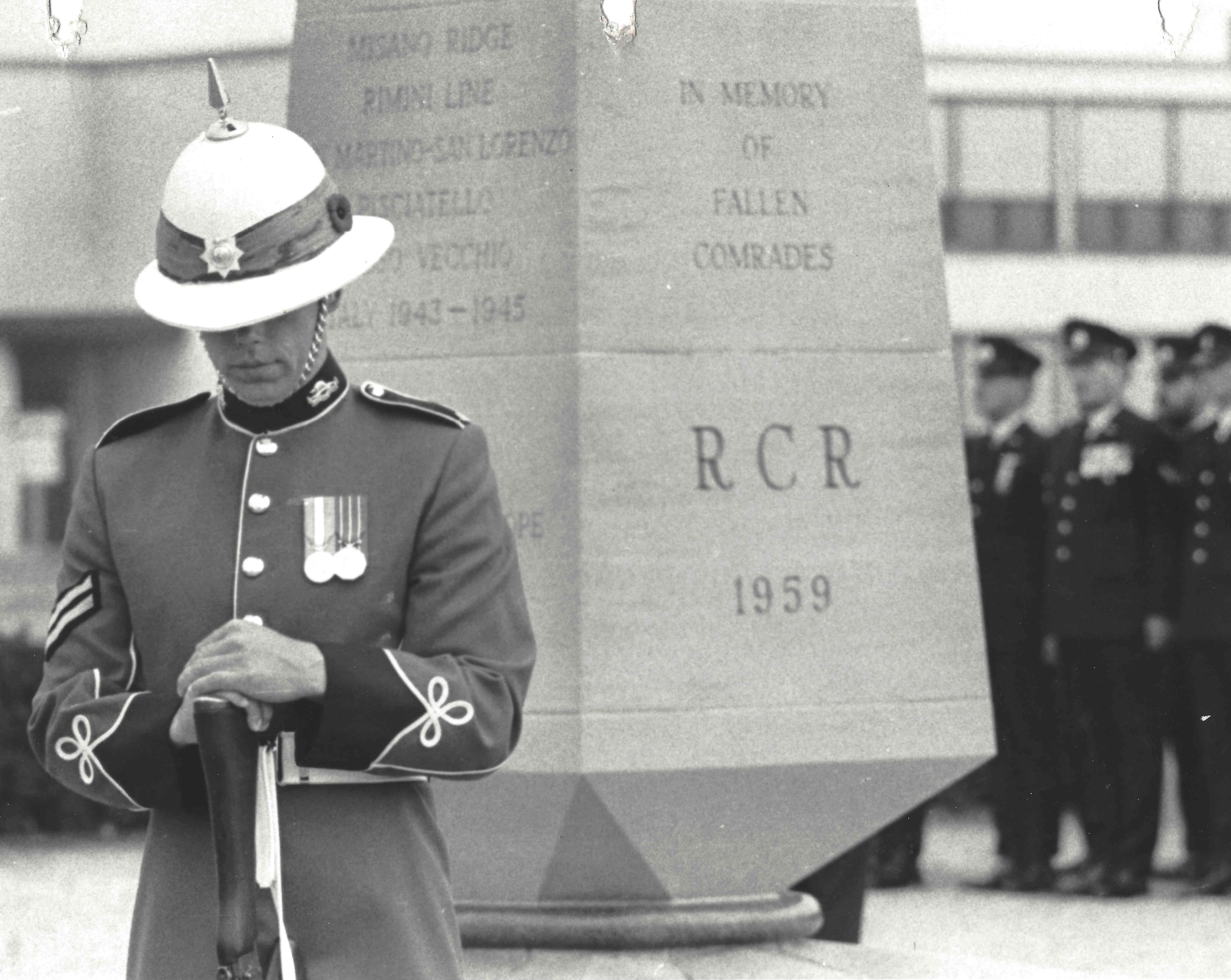 The Regimental Memorial, or Cenotaph, was the result of a project initiated by The RCR Old Comrades Association (OCA) to mark the 75th Anniversary of the regiment in 1959. The OCA was formed by Lieut.-Col. C.H. Hill in 1926 to preserve loyalty to the regiment among retired Royal Canadians. Two-thirds of the cost of the memorial was covered by (then) current and former serving members of the regiment.

The 17-foot, 4-sided, limestone column was designed by Major J.F. Leighton. The front side of the column features the regimental motto “Pro Patria” (transl: For Country), the regimental cap badge, the founding year of The Regiment (“1883”), the inscription “In memory of fallen comrades,” and the date of its unveiling (“1959”). The remaining sides feature the battle honours of The RCR from Saskatchewan (1885) to the Korean War (1951-1953).

The Memorial was unveiled on July 2, 1959 by His Royal Highness Prince Philip, Duke of Edinburgh and Colonel-in-Chief of The RCR. All three battalions of The RCR were in attendance, and invitations went out to 7500 people resulting in a large crowd. It initially stood at the south end of the barracks property, which is now occupied by a housing development. In 1995, the memorial was moved to the northwest corner of the barracks site. On May 21, 1995 the Memorial was rededicated and a ball was held in conjunction at the Wolseley Barracks Sergeant’s Mess attended by 180 members of the regiment. In 2012, the Memorial was moved to its current location at the north end of the parade square.

An annual Remembrance Day ceremony is conducted by 4RCR in the barracks parade square. During the ceremony, vigil sentries stand guard at the four corners of the Regimental Memorial, and wreathes are placed at its base to pay respects to the military dead. On a day to day basis, military personnel will salute the Memorial when they pass it as a sign of remembrance.