This impressive home was built in 1907 by Italian immigrant, builder, and skilled stone mason Michael Jacobs, who served as mayor of Columbus between 1913-1914. Jacobs, who anglicized his last name from Jacobucci, designed his house in the Renaissance Revival style. Built with local sandstone, notable features of the house include an entry porch with Corinthian columns that supports a second-floor balcony, a large curvilinear parapet, and a red-tiled roof. Jacobs was well-known throughout the region and earned the nickname "Daddy Mike." He operated a quarry nearby, built several stone buildings in the city, and provided stone used in the State Capitol building and federal buildings in Helena. The house was added to the National Register of Historic Places in 1987 for its association with Jacobs and excellent architecture.

The historic Michael Jacobs house was built by its namesake in 1907. 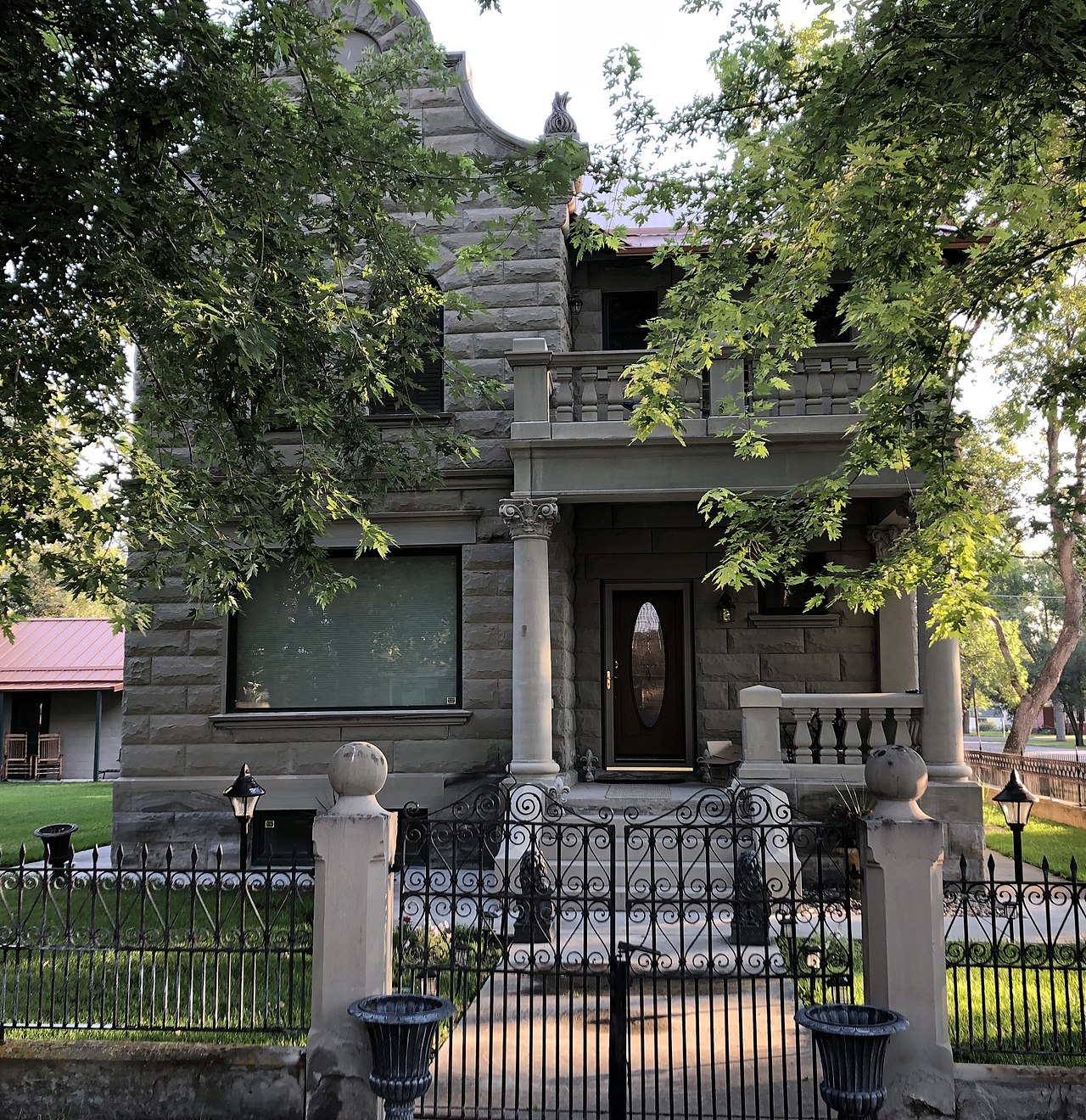 Michael Angelo Jacobucci was born in Italy in 1862. As a young man in Italy, he worked as a stone cutter and mason and then became apprentice in granite and marble quarries. He immigrated to America (it is not clear when) and first settled in Chicago. There, he got a job with a construction firm and studied architecture at night. In 1901, he moved here to Columbus to manage the Montana Sandstone Quarry Company, which was located just to the north of the city. He got into local politics, becoming an alderman in 1907. One of the buildings he erected, owned, and managed in the city was the Atlas Building, which still stands today and housed a bowling alley, billiard room, saloon, and restaurant. As noted above, Jacobs became served one term as mayor from 1913-1914. He established another business called the Stillwater Monumental Works Company in 1914, which made stone carvings such as tombstones. Jacobs passed away in 1927.