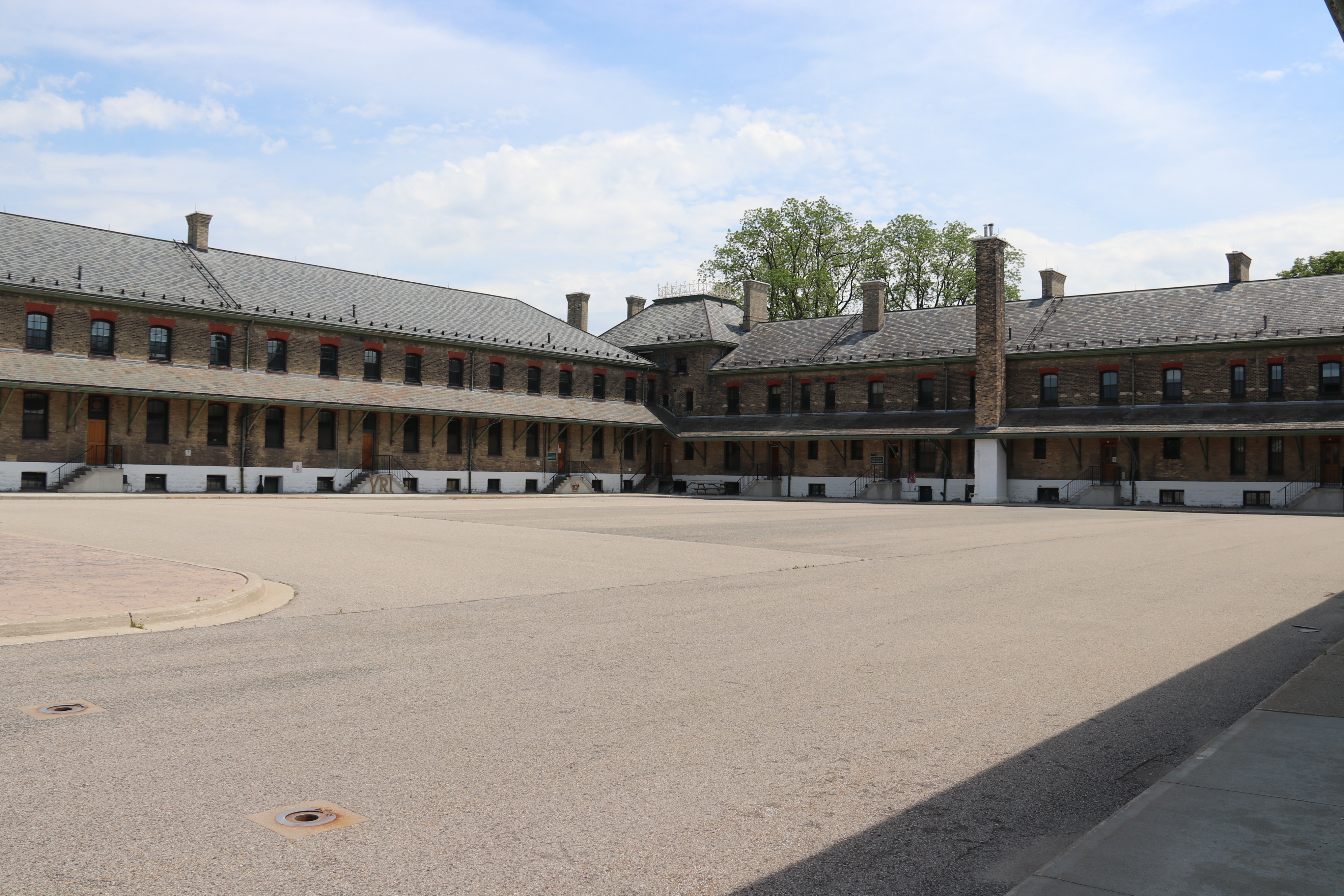 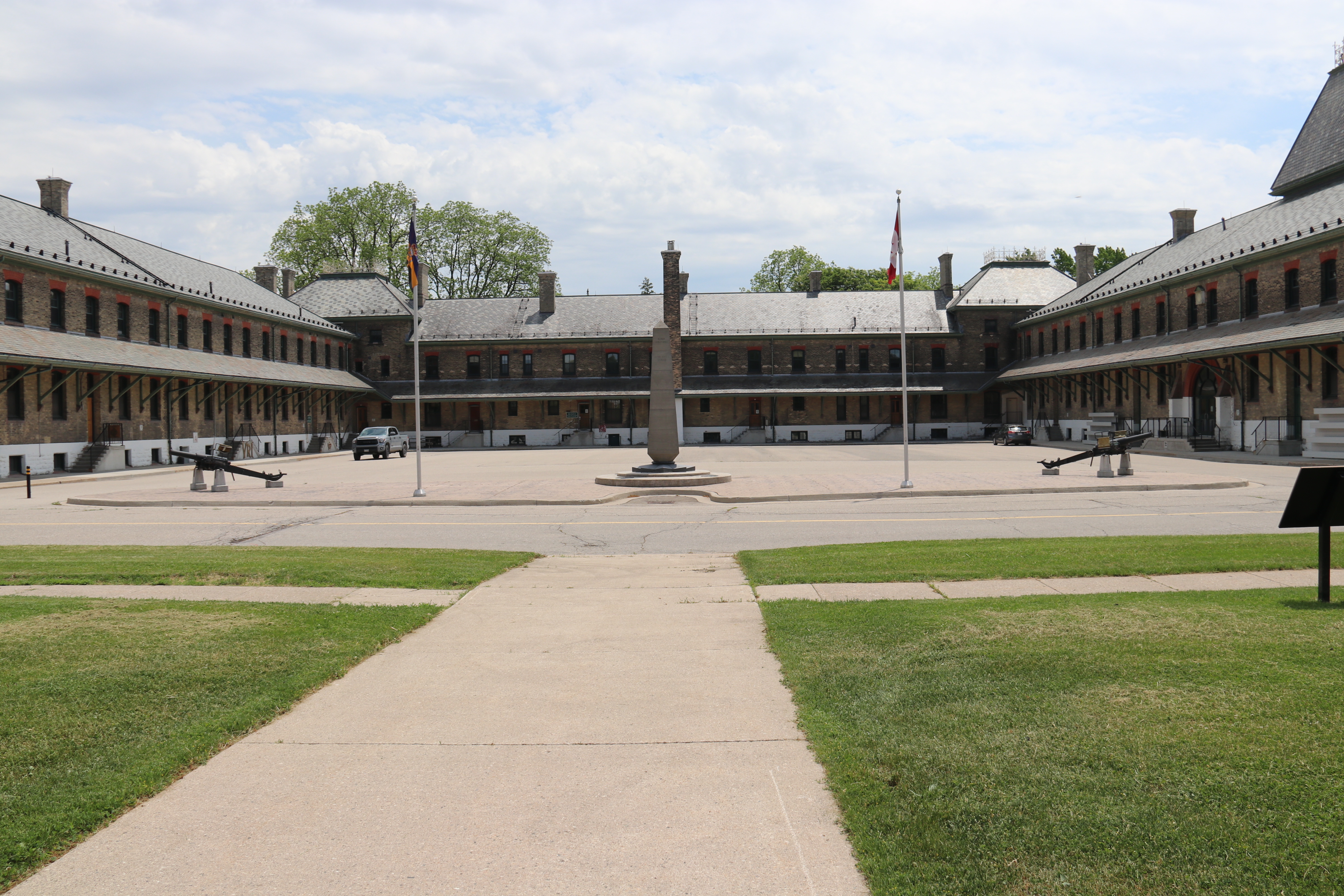 Guard of Honour for the Governor General at Wolseley Barracks, June 21, 1927 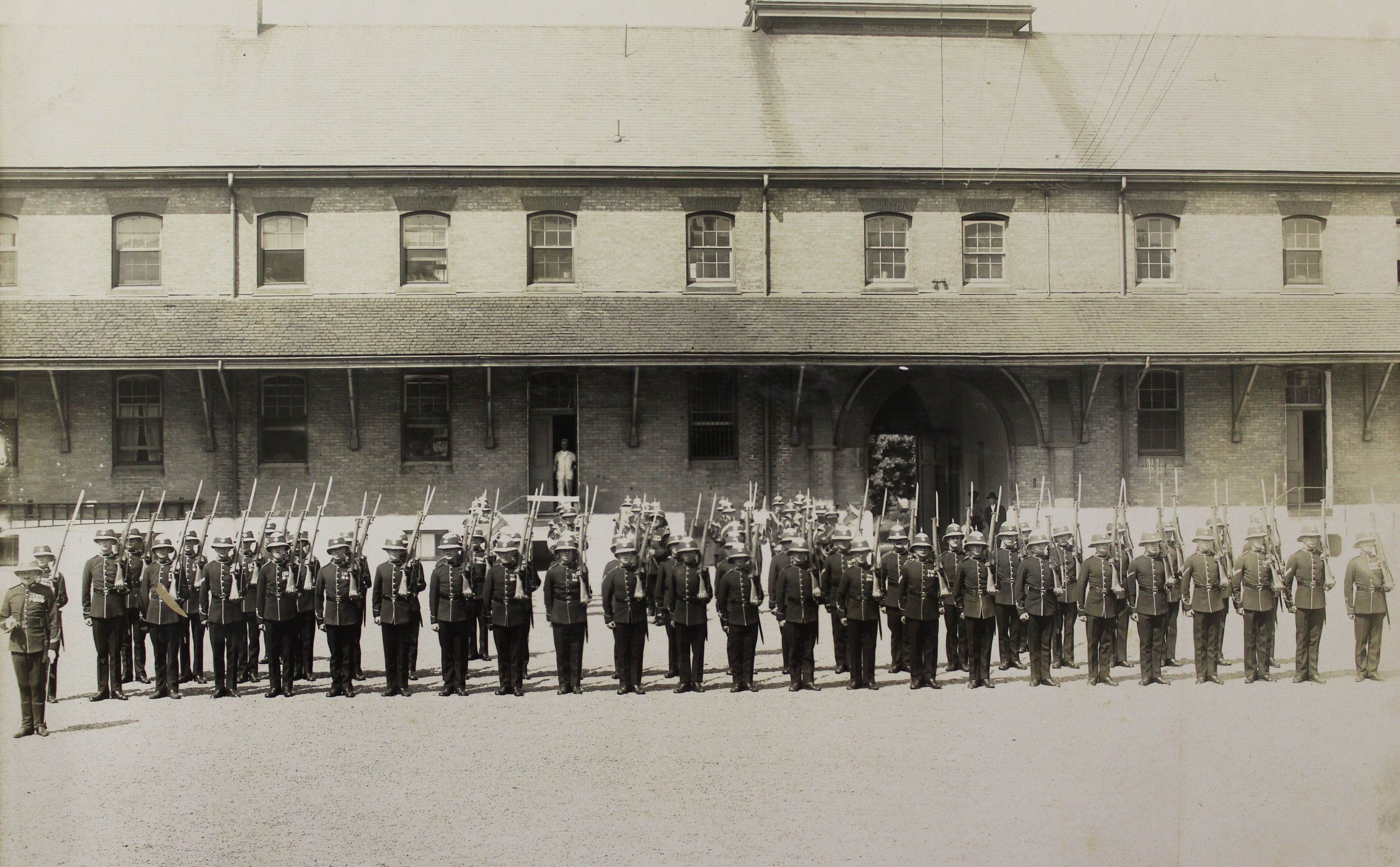 RCR Band in the Parade Square 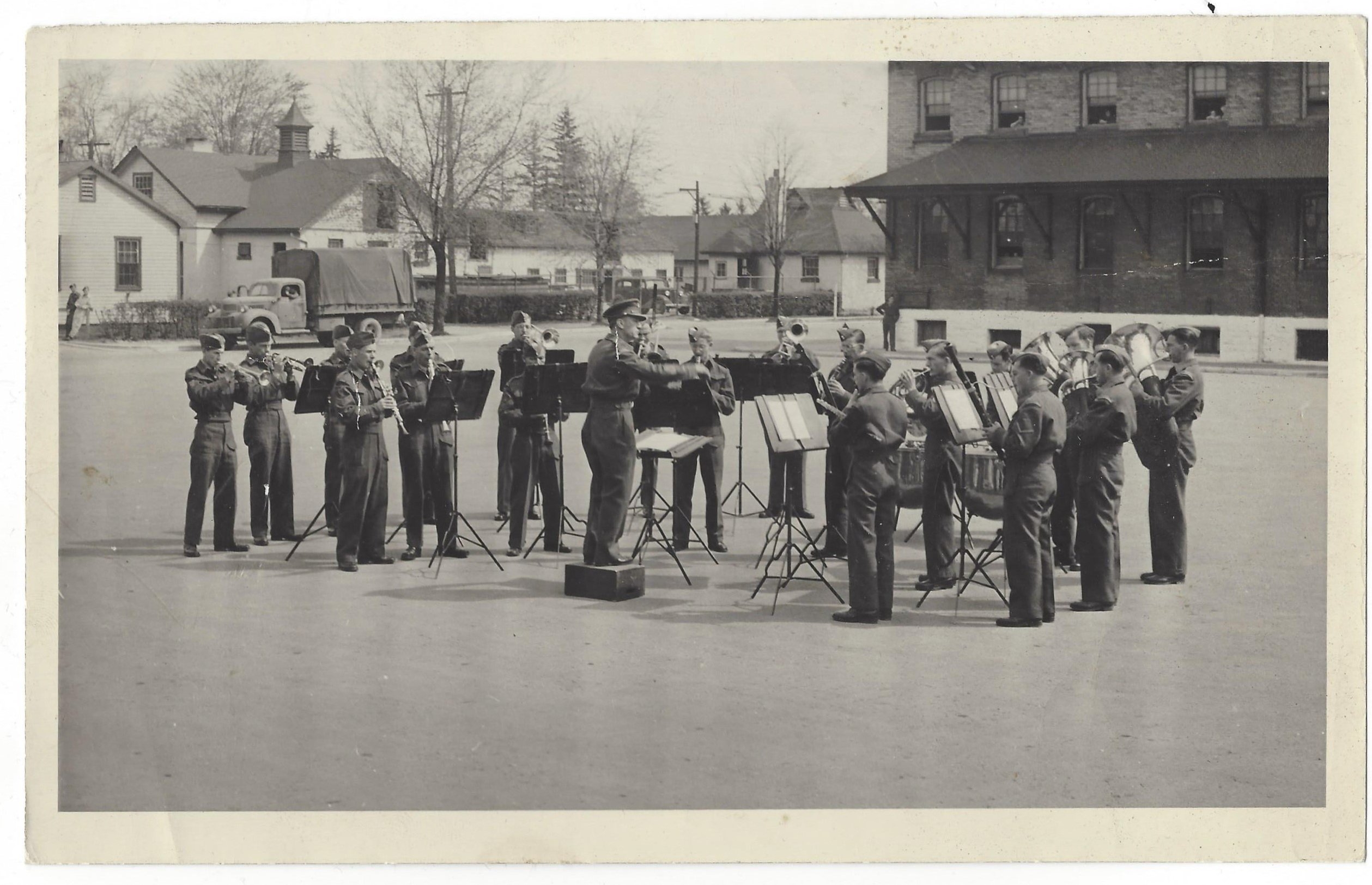 In 1871, regular British troops withdrew from the recently confederated country of Canada. They left behind a Canadian military consisting of a couple small artillery units, and an inadequately led, trained, and equipped volunteer militia. In 1883, the government created the Infantry School Corps, a unit of professional soldiers that would train and educate officers for the volunteer militia. Three companies of the Infantry School Corps, ‘A’, ‘B’, ‘C’, were located in old British barracks at Fredericton, Saint-Jean, and Toronto respectively. In 1885, another company, ‘D’ Company, was established and assigned to London, Ontario.

Troops stationed in London were traditionally located at Victoria Park, in the heart of the city. However, by 1885, local authorities had become concerned about the hazards of a “downtown barracks.” It was decided that ‘D’ Company of the Infantry School Corps would be based at Carling Heights, which was outside London city limits at the time. This land was originally owned by Sir John Carling of Carling Brewery fame. A ‘U’ shaped building was constructed between 1886-1888 to house the company. It was originally referred to as the Infantry School Building. In 1894, the building would be renamed Wolseley Barracks in honour of Sir Garnet Wolseley. He was well-known in Canada at the time for commanding the government response to the Red River Resistance, which was led by Louis Riel, in 1870. From 1899-1913, Wolseley was Honorary Colonel of The Royal Canadian Regiment.

The Infantry School Corps went through a number of name changes before becoming The Royal Canadian Regiment in 1901. 4th Battalion, The RCR (4RCR) continues to occupy parts of Wolseley Barracks to this day. One of the most notable features of Wolseley Barracks is the parade square formed at the centre of its three wings. The parade square has always been used for training, parades, and other activities. 4RCR continues to use the square for these purposes.