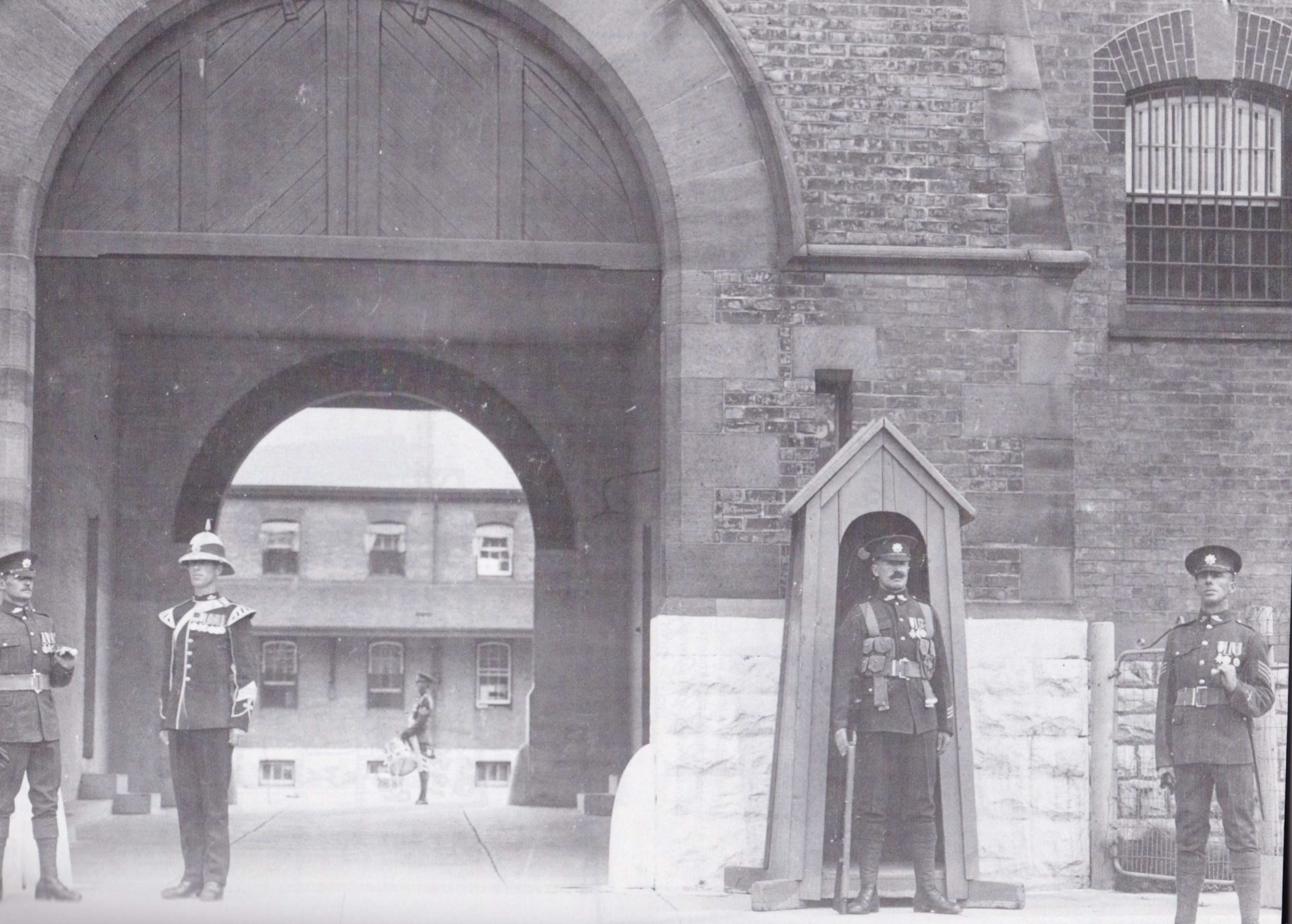 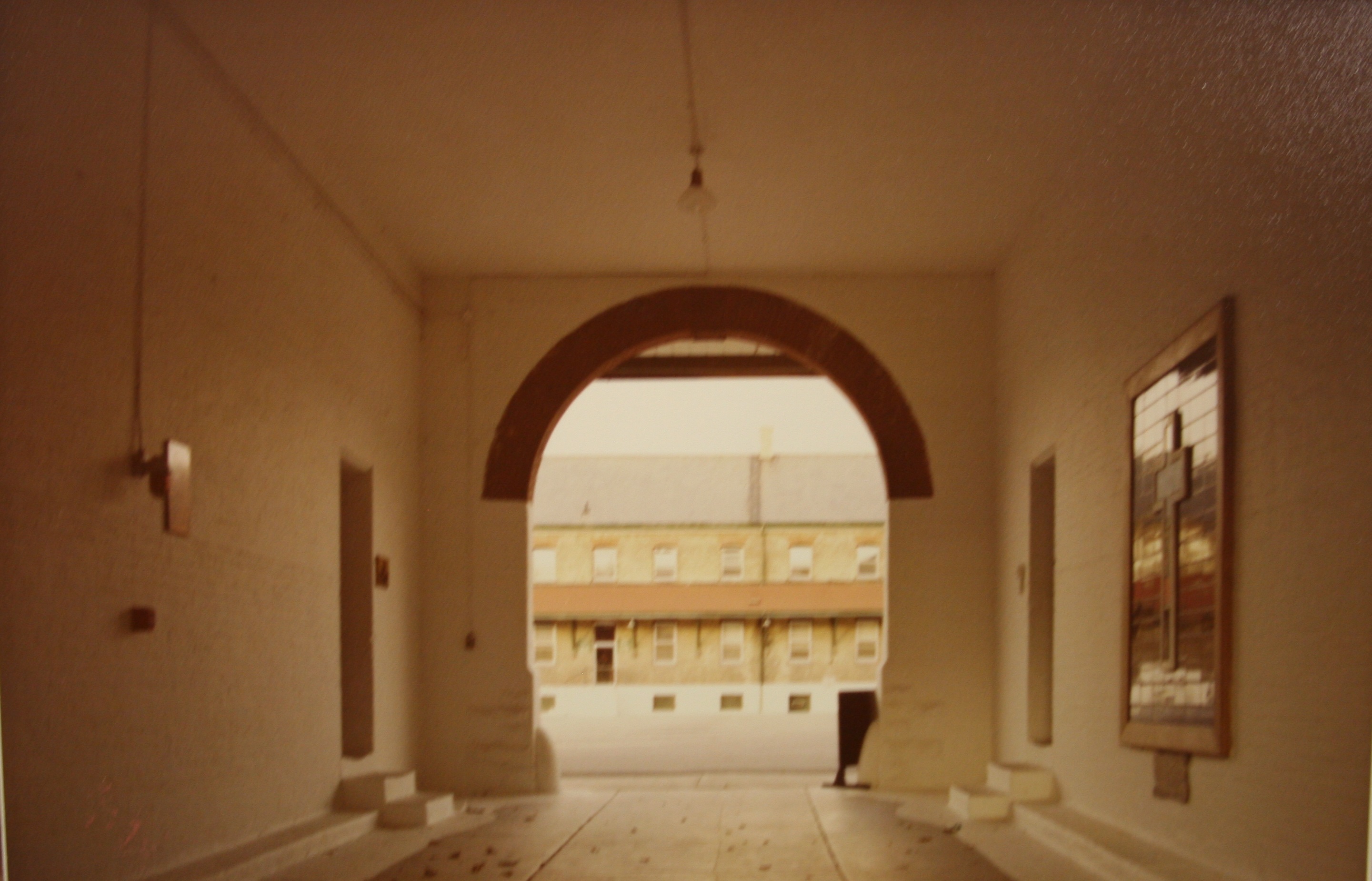 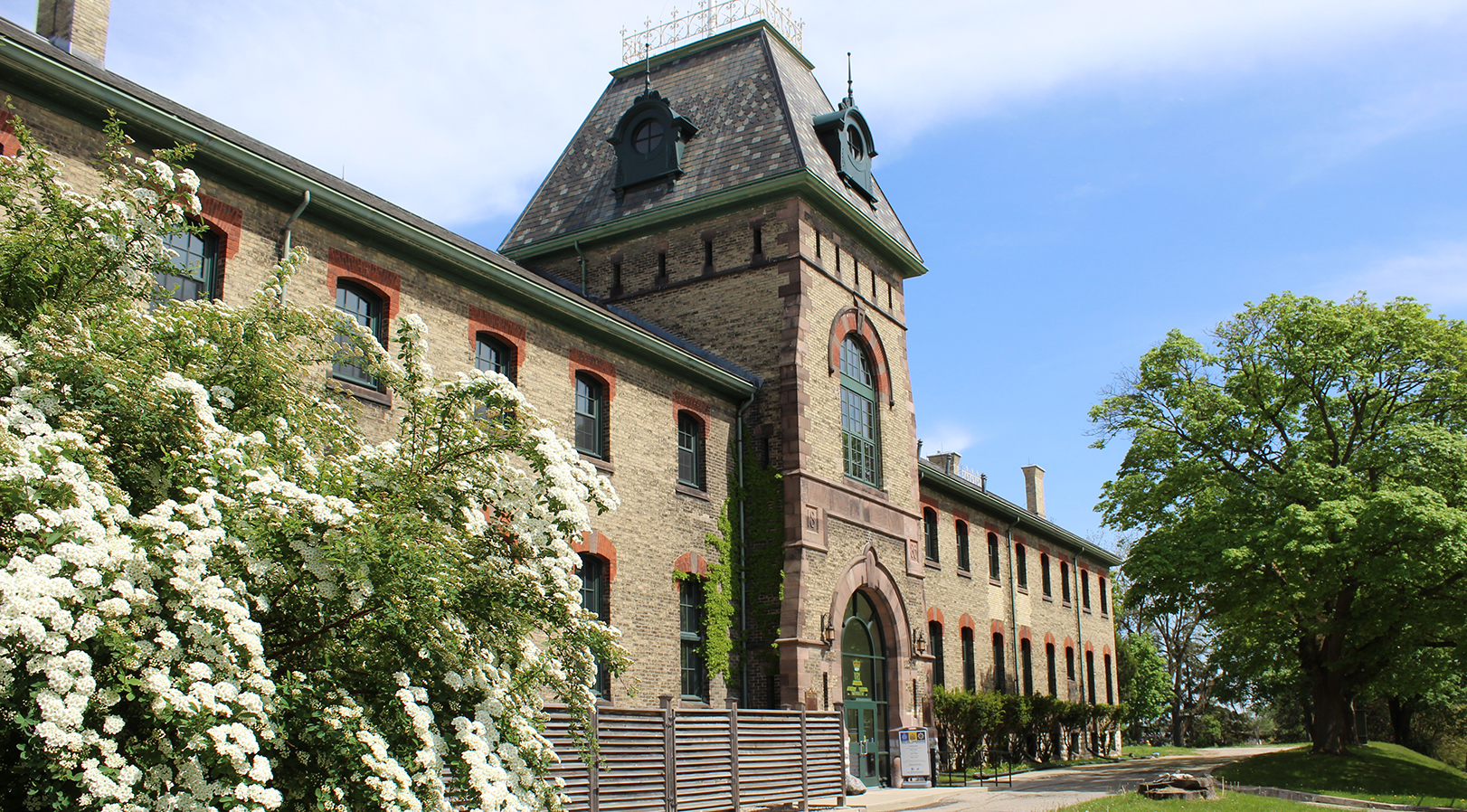 Historic Sites and Monuments Board of Canada Plaque 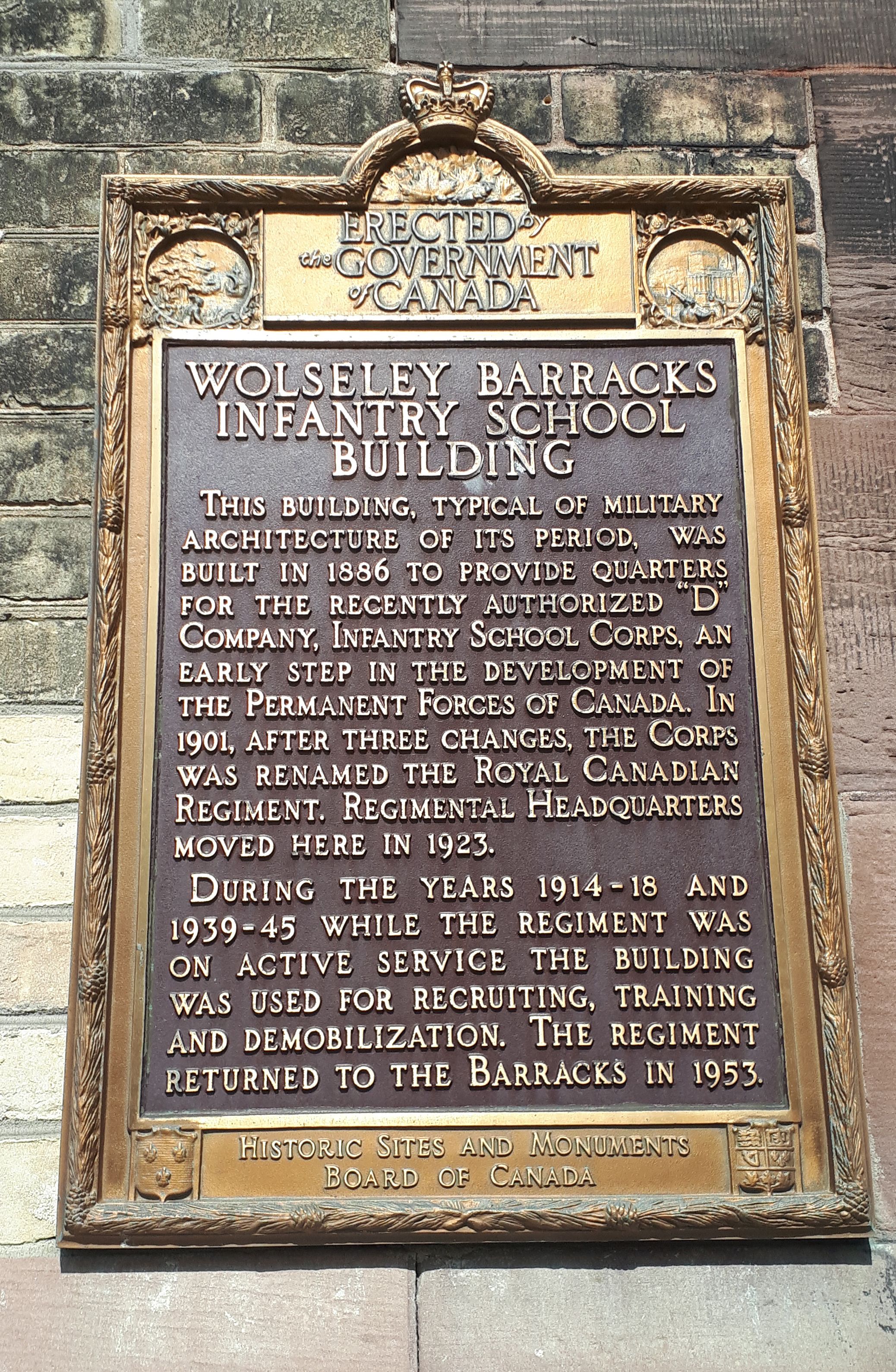 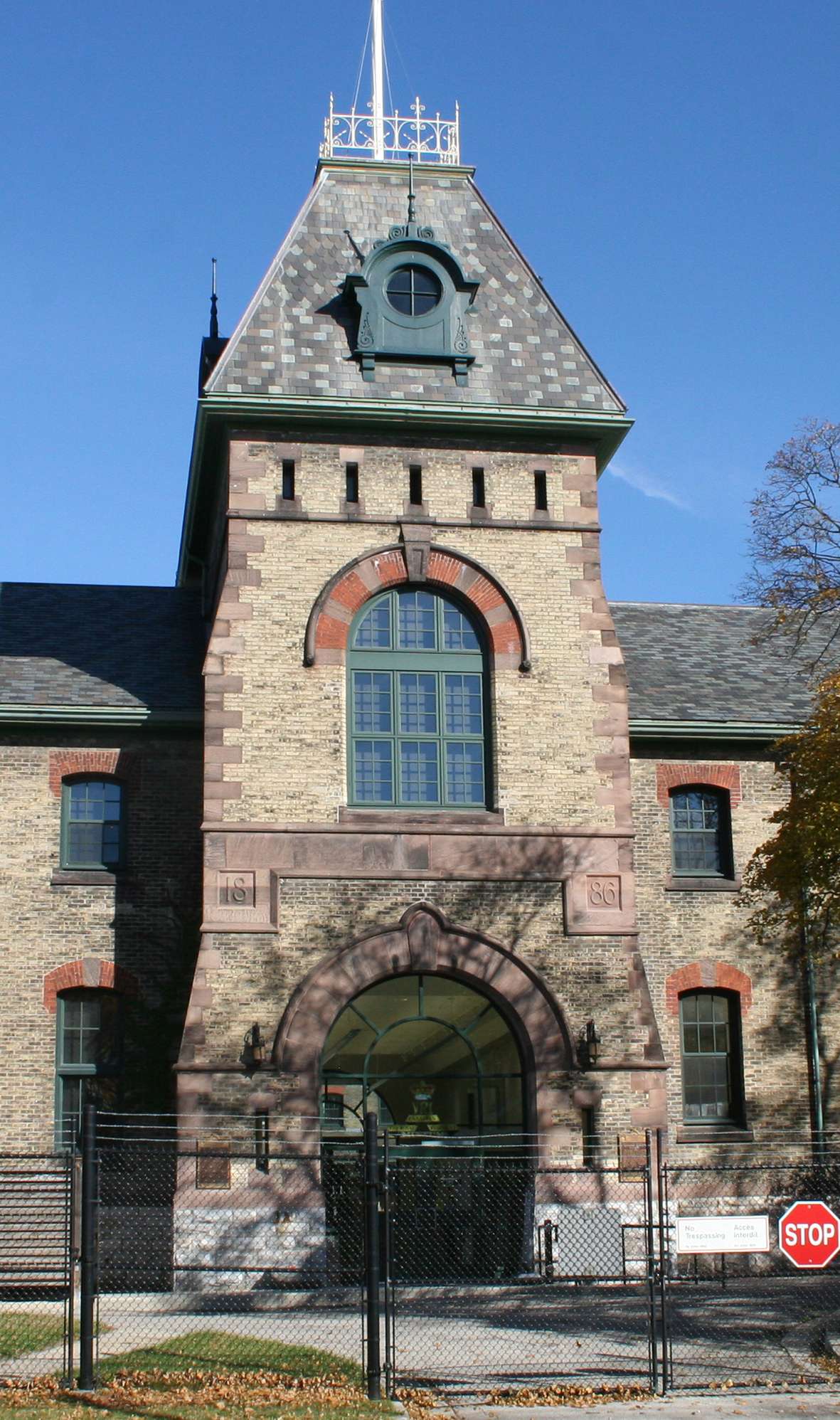 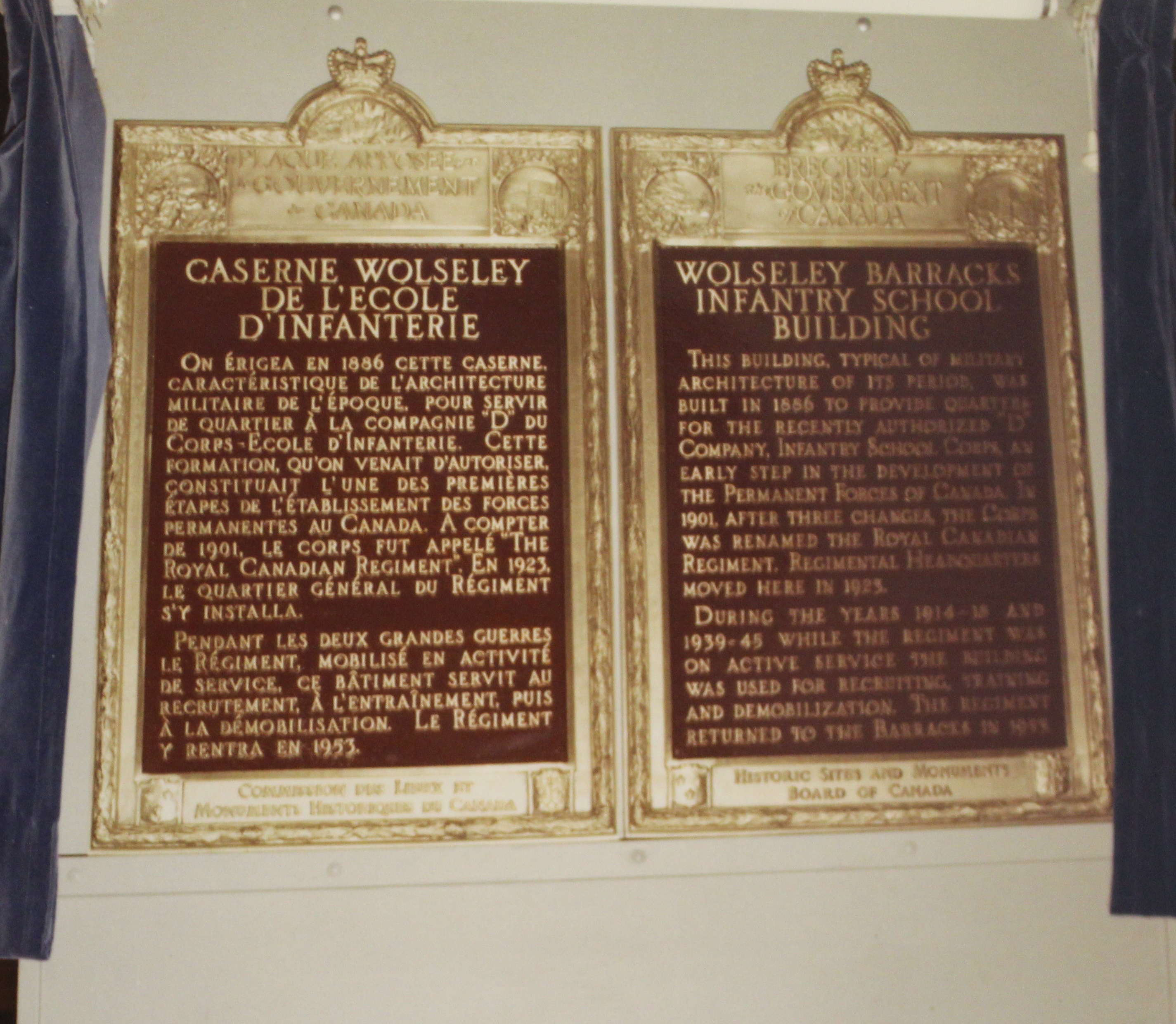 The west wing is dominated by the central tower. The decorative features of the tower are indicative of the late 19th century Neo-Romanesque style. There is a 3-level tower entrance with circular arches highlighted by dressings of red stone. It has a gabled roof, which is nicely decorated with three bullseye skylight windows. Below the roof, embrasures surround the entire wall.

The year 1886, when construction of the building started, is clearly visible above the entrance to the tower. This entrance once provided access to a tunnel that led to the parade square. Following renovations from 2009-2013 the tunnel was enclosed to form the new museum reception area. On either side of the entryway plaques are found from the Historic Sites and Monuments Board of Canada describing the building’s significance.

This building, typical of military architecture of its period, was built in 1886 to provide quarters for the recently authorized “D “Company, Infantry School Corps, an early step in the development of the Permanent Forces of Canada. In 1901, after three changes, the corps was renamed The Royal Canadian Regiment, Regimental Headquarters moved here in 1923.

During the years 1914-1918 and 1939-1945 while the regiment was on active service the building was used for recruiting, training and demobilization. The regiment returned to the barracks in 1953.