Motts Military Museum showcases military history dating from 1776 until current day. Exhibits include artifacts from nearly every war that America has been involved in. Besides daily exhibits, the museum offers special services on Veterans Day and other dates that involved military action. Located in Groveport, Ohio, it is only a $5 entry to learn about the many artifacts and testimonies from American veterans. It is very informational concerning war affairs.

One of the military machine pieces on display 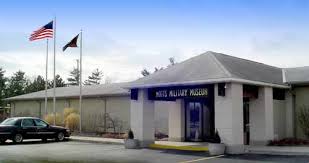 One of the exhibits inside the museum 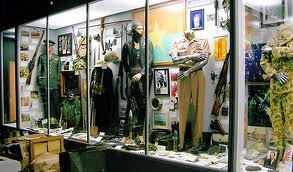 Motts Military Museum was founded in 1987. It's purpose is to "educate the public on the importance of America's military past," (1). The museum also has special exhibits on extraordinary servicemen and servicewomen, which changes every month in order to recognize as many as possible. Not only does the museum contain artifacts and history of the American military, it also has an exhibit based around NASA. Nonetheless, each exhibit contains interesting and informational artifacts from war.

The museum also boasts the second largest 9/11 collection in the world. It contains artifacts from the World Trade Center ad the Pentagon. It also has the second largest collection of Holocaust memorabilia in the nation. They are currently trying to raise funds to expand the already large museum to fit all of the artifacts. Exhibits that are already in use include ones on 1776, the Civil War, World War 1, World War 2, the Korean War, Vietnam War, Desert Storm, NASA, Medals, and a POW exhibit.

This museum is very important for the reason that it educates the public on the history of war in America, and it recognizes veterans and servicemen still serving (2). The museum houses military equipment from different wars, which is a great way to show people how wars were fought. It also contains a memorial brick garden with the names of hose who were Honorably Discharged and current U.S. Military members. Every year, more is added in order to bring in as much history and information as possible to the public. For those interested in learning about the history of American wars and discovering first hand accounts, this is the place to go.