Campbellsville's Bicentennial Park was built in 2017, exactly two centuries after the state legislature officially recognized the city. The park is located on the site of the grist mill on Buckhorn Creek that was built by Andrew Campbell, the city's founder, in 1809. That year, Campbell acquired part of Joseph Richardson's 10,000 acres and built the mill. In 1813, Campbell built a tavern on the property and then divided and sold the land as town lots starting in 1814. Three years later, the Kentucky General Assembly established the town as part of Green County. Taylor County was later established in 1848 and included Campbellsville and other communities that were once part of Green County. Campbell's four other brothers - Adam, James, Michael, and David - and his wife, Rebecca, inherited his lots upon his death in 1819. When the City of Campbellsville built this park, it included a small wood-frame structure that was built to resemble part of the original mill. The park also includes the grave markers of Andrew Campbell and James Campbell. 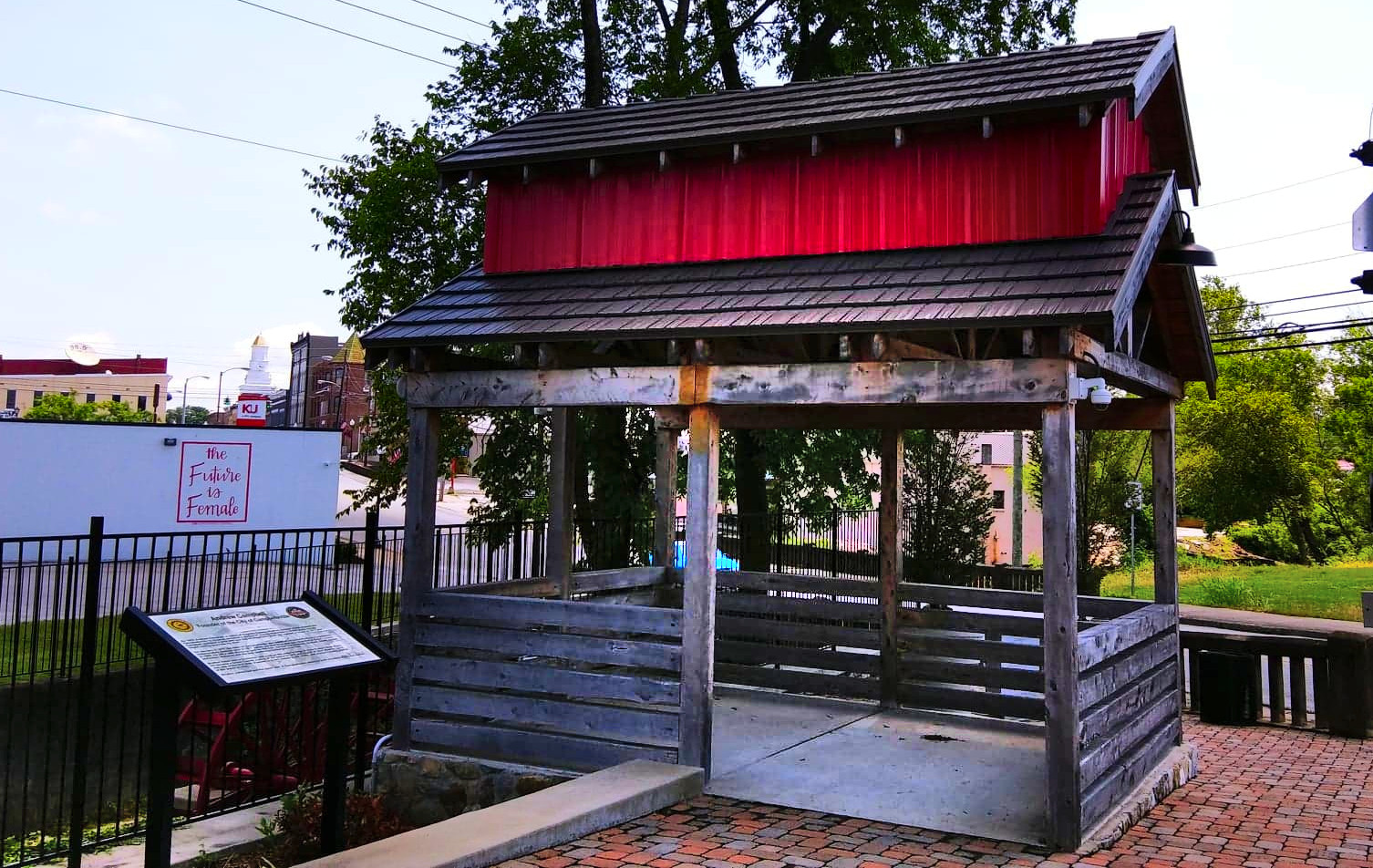 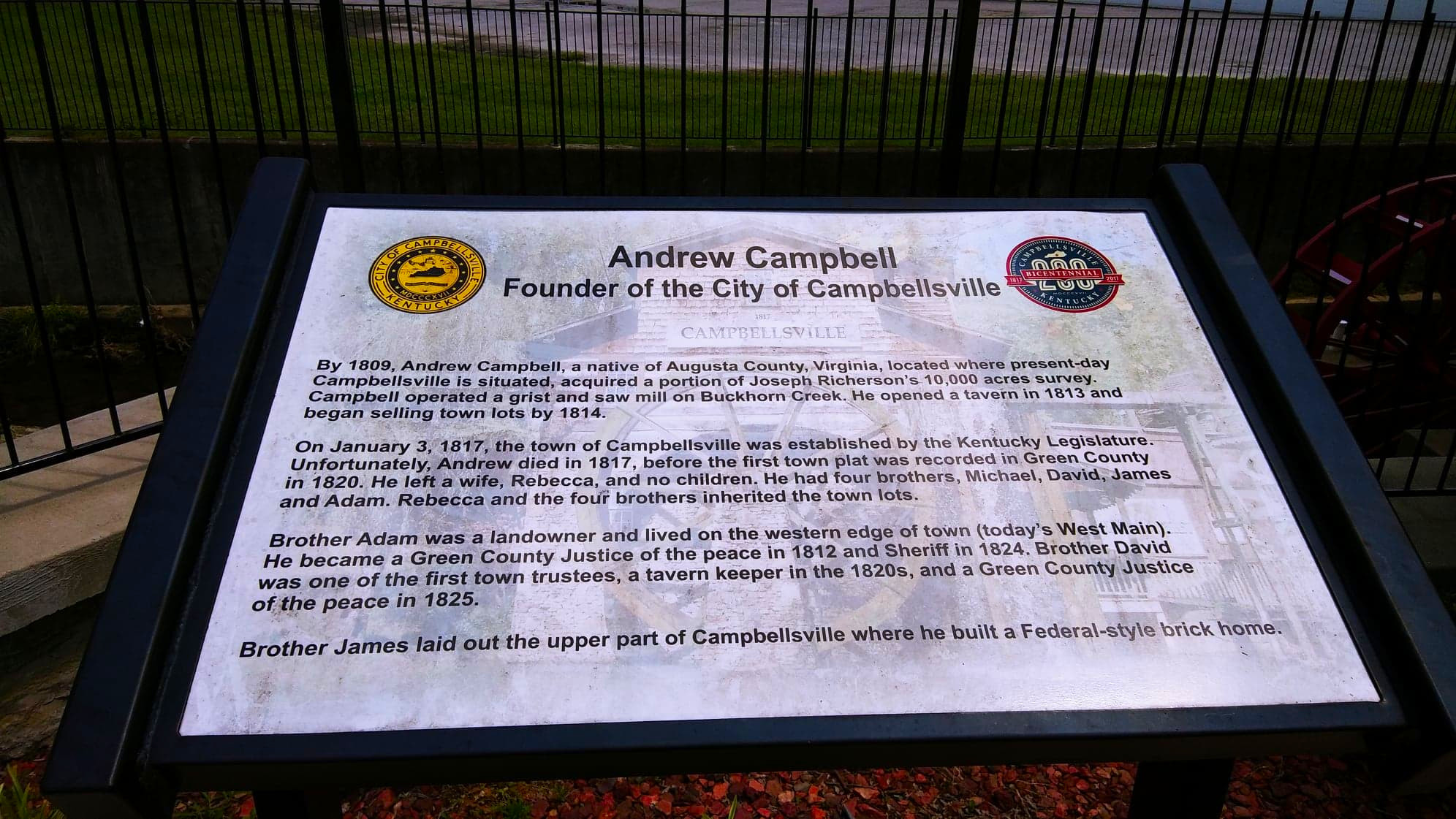 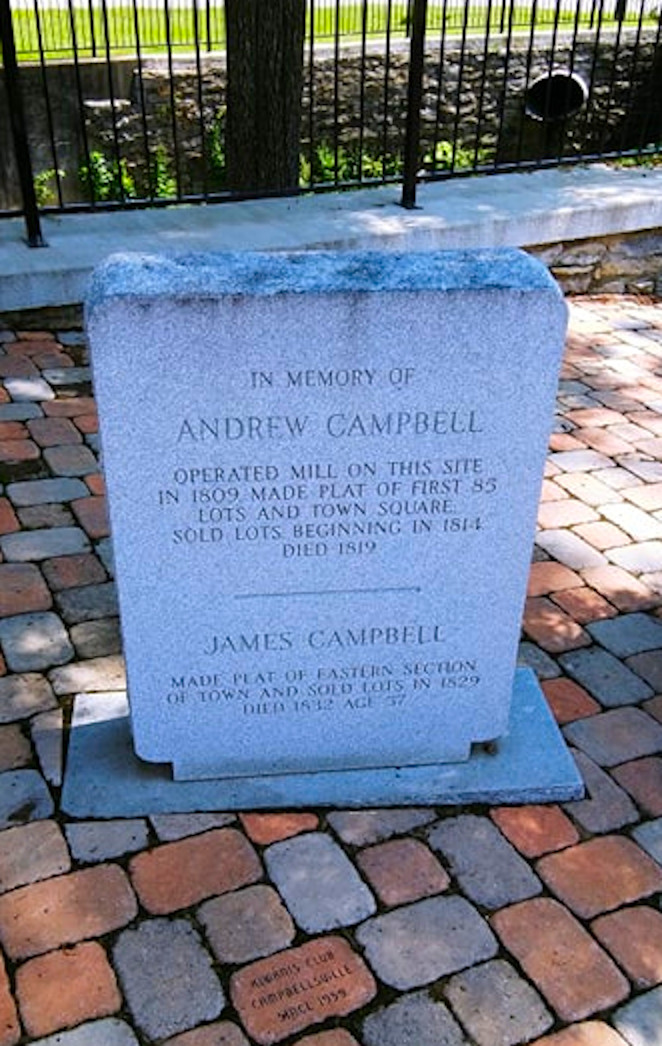 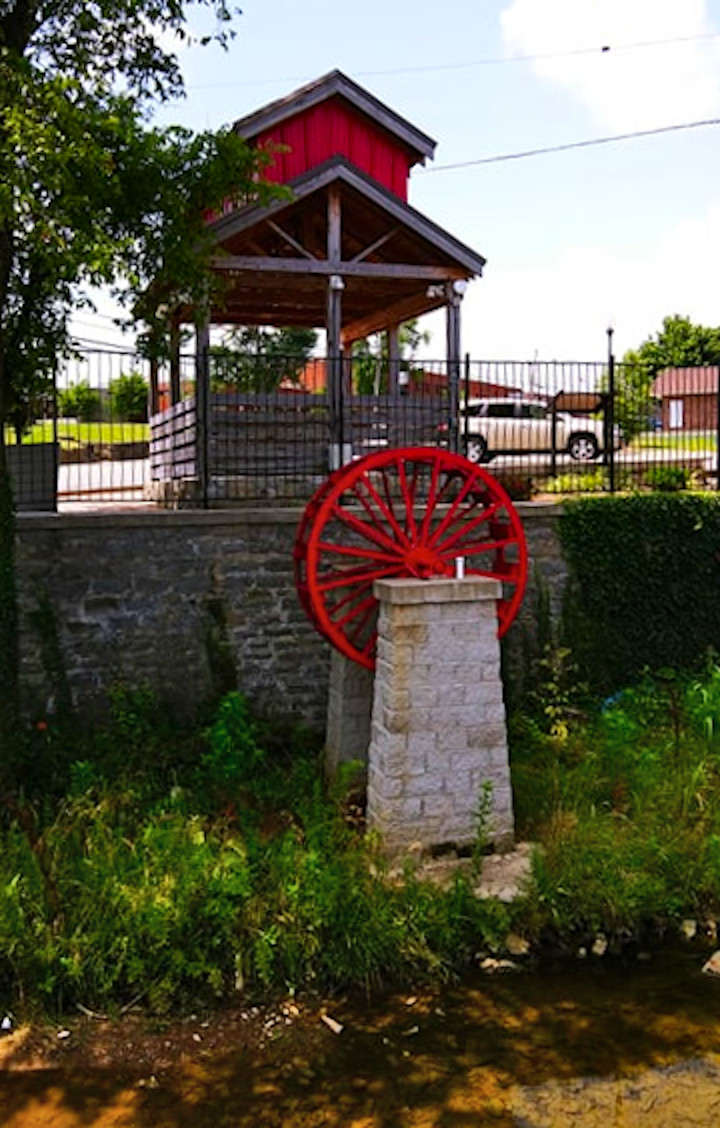 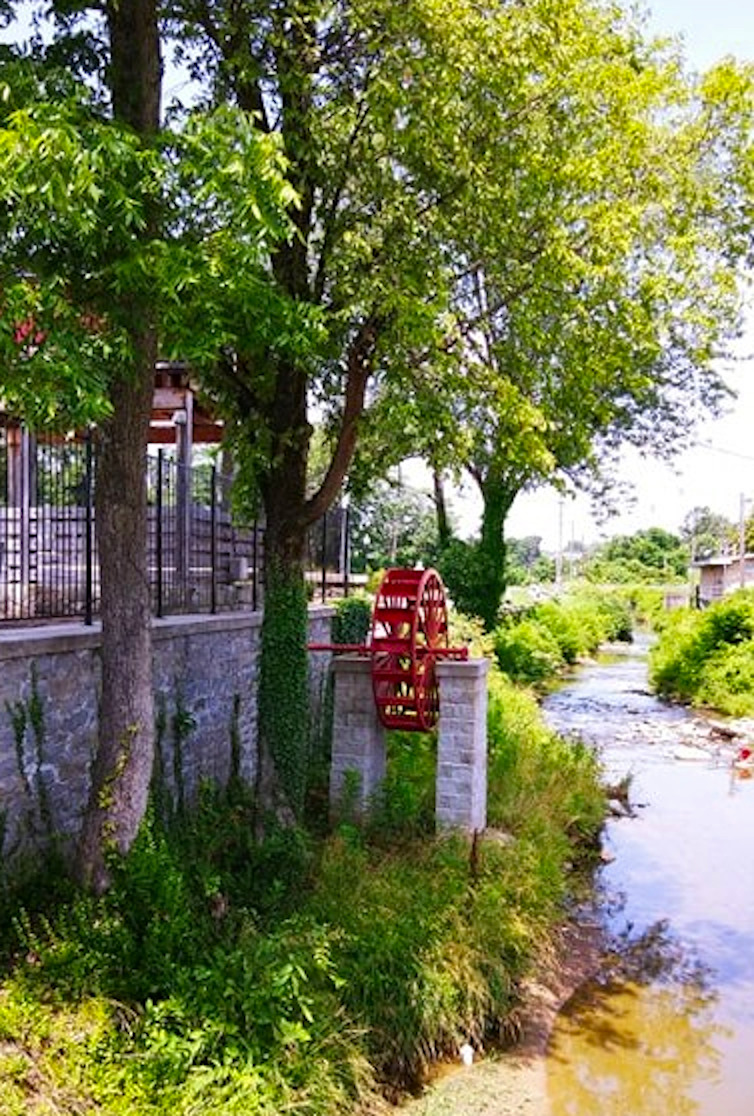 The first deed in Green County to any of the Campbell brothers was dated January 4, 1808, to Michael Campbell. In 1809, Andrew Campbell built a grist mill on Buckhorn Creek in what would become Campbellsville. Andrew, Michael, Adam, James, and David Campbell moved to the area that would become Campbellsville from Augusta County, Virginia. As early as May 1814, Andrew Campbell conveyed to Joseph Taylor "... a certain lot of ground ... in a small town now lain off by said Andrew Campbell at Buckhorn Lick denominated Campbellsville the said lot being No.4 containing 7 one quarter acre situated on the present main street ... at a small ravine nearly opposite Lawrence Campbell's Tavern ... whereas ... Andrew Campbell as the proprietor of said town hath ... in selling his lots in said town hath annexed a condition on the purchase for improving them ...."

The Kentucky General Assembly officially created the City of Campbellsville in 1817, which was then a part of Green County. The site was on the 10,000-acre Joseph Richardson survey. The first town plat was recorded in 1820. Andrew Campbell died in 1819; he and his wife Rebecca had no children. Rebecca and his four brothers inherited his lots. Adam Campbell became a Green County justice of the peace in 1812, and sheriff in 1824. David Campbell was one of the first town trustees, a tavern keeper in the 1820s, and a Green County justice of the peace in 1825. James Campbell laid out the upper part of Campbellsville, where he built a Federal-style house; he also sold lots in 1829, dying in 1832.

In 2017, the City of Campbellsville opened the Bicentennial Park, which contains a time capsule, a ghost structure of the grist mill, and the grave marker for Andrew and James Campbell.