The Shrine of Saint Philippine Duchesne in St. Charles, Missouri, is a lasting tribute to the French missionary Religious of the Sacred Heart who brought formalized education and a zeal for sharing the love of God to the Missouri frontier in 1818. Philippine’s desire to serve God and to bring God’s love to Native Americans fueled her resolve for nearly 35 years as she opened schools in Missouri and Louisiana, established a novitiate, ministered to the Potawatomi Indians in Kansas, and prayed. We invite you to learn more about the Shrine and the saint who inspired it. Plan a visit soon to this sacred place. 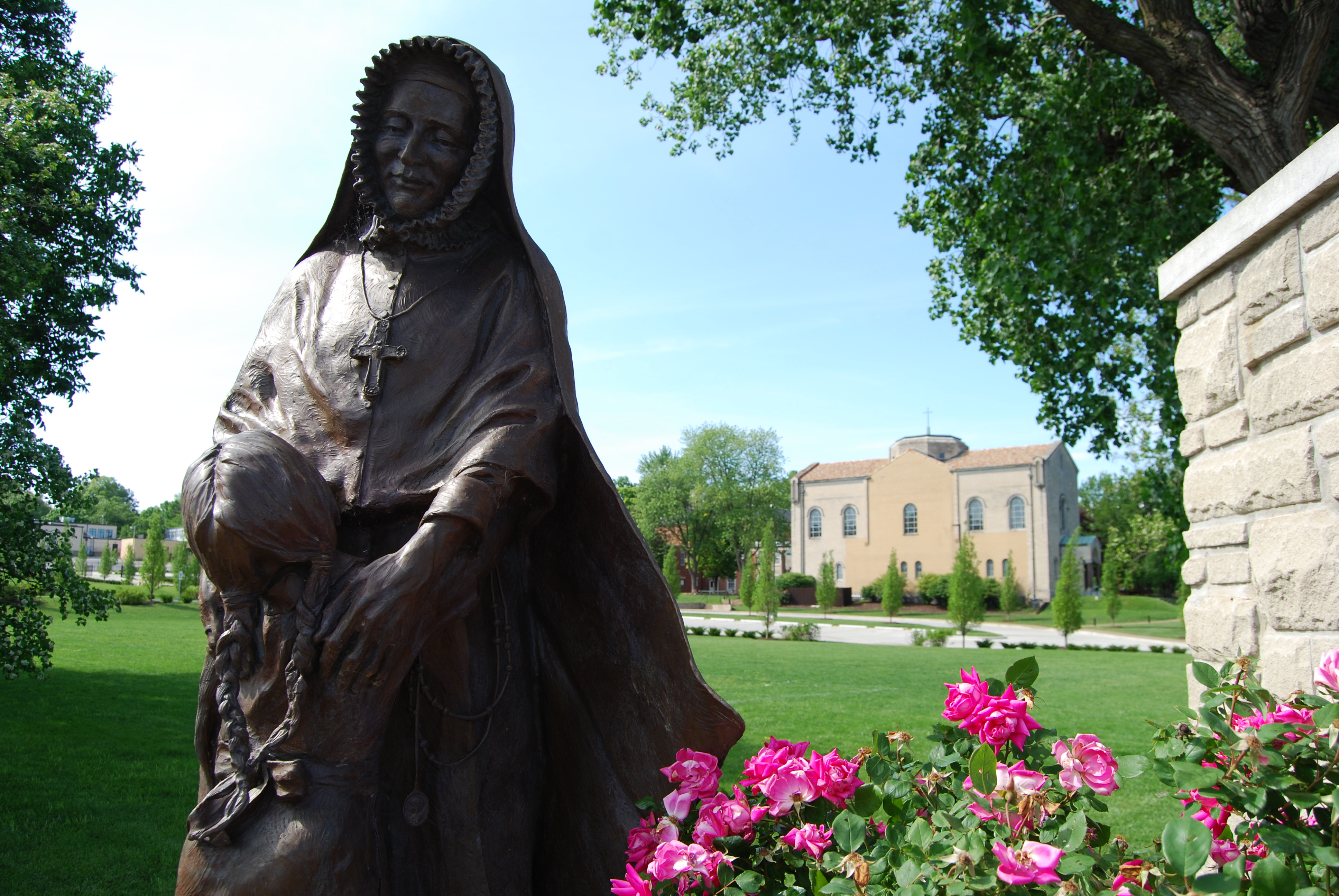 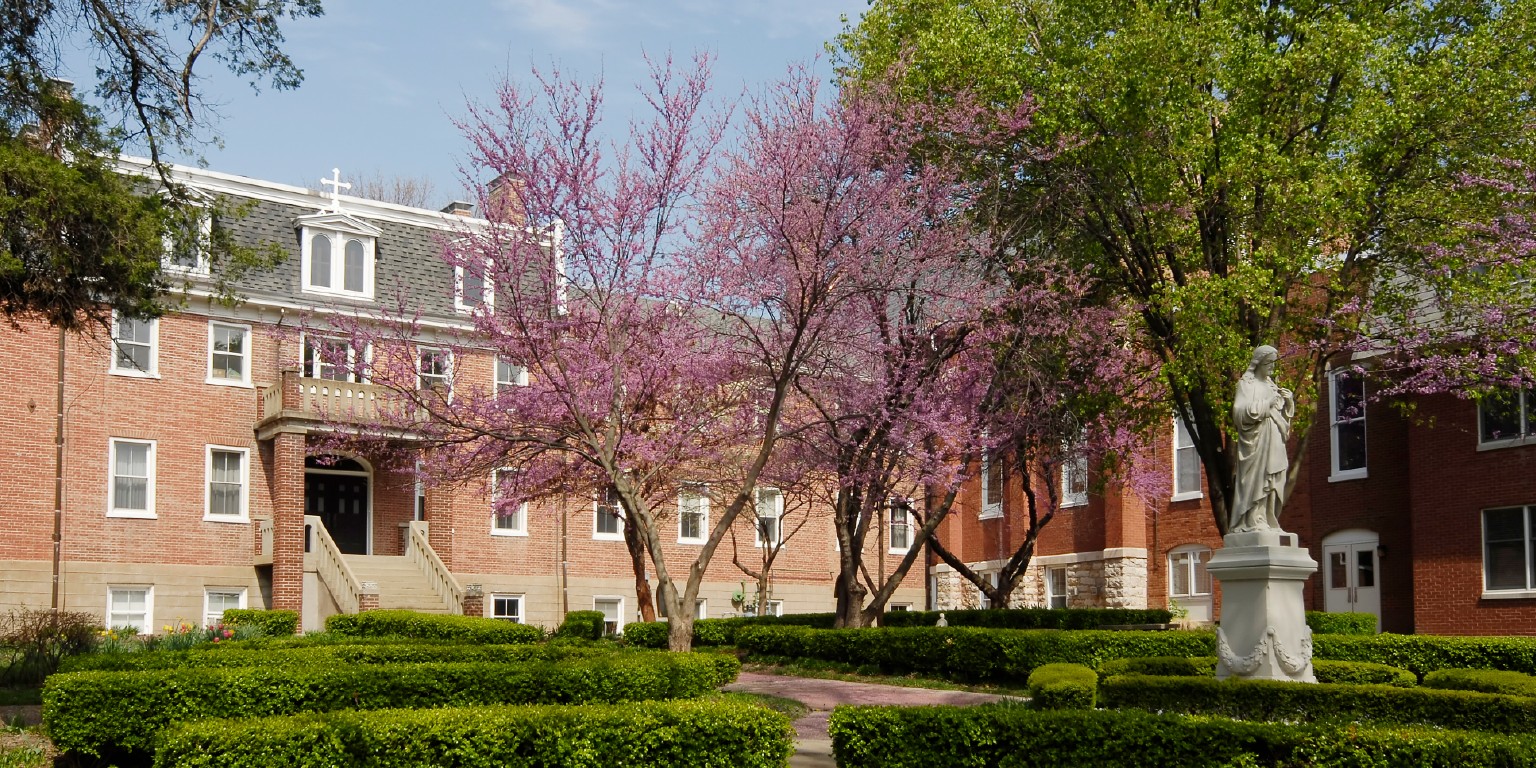 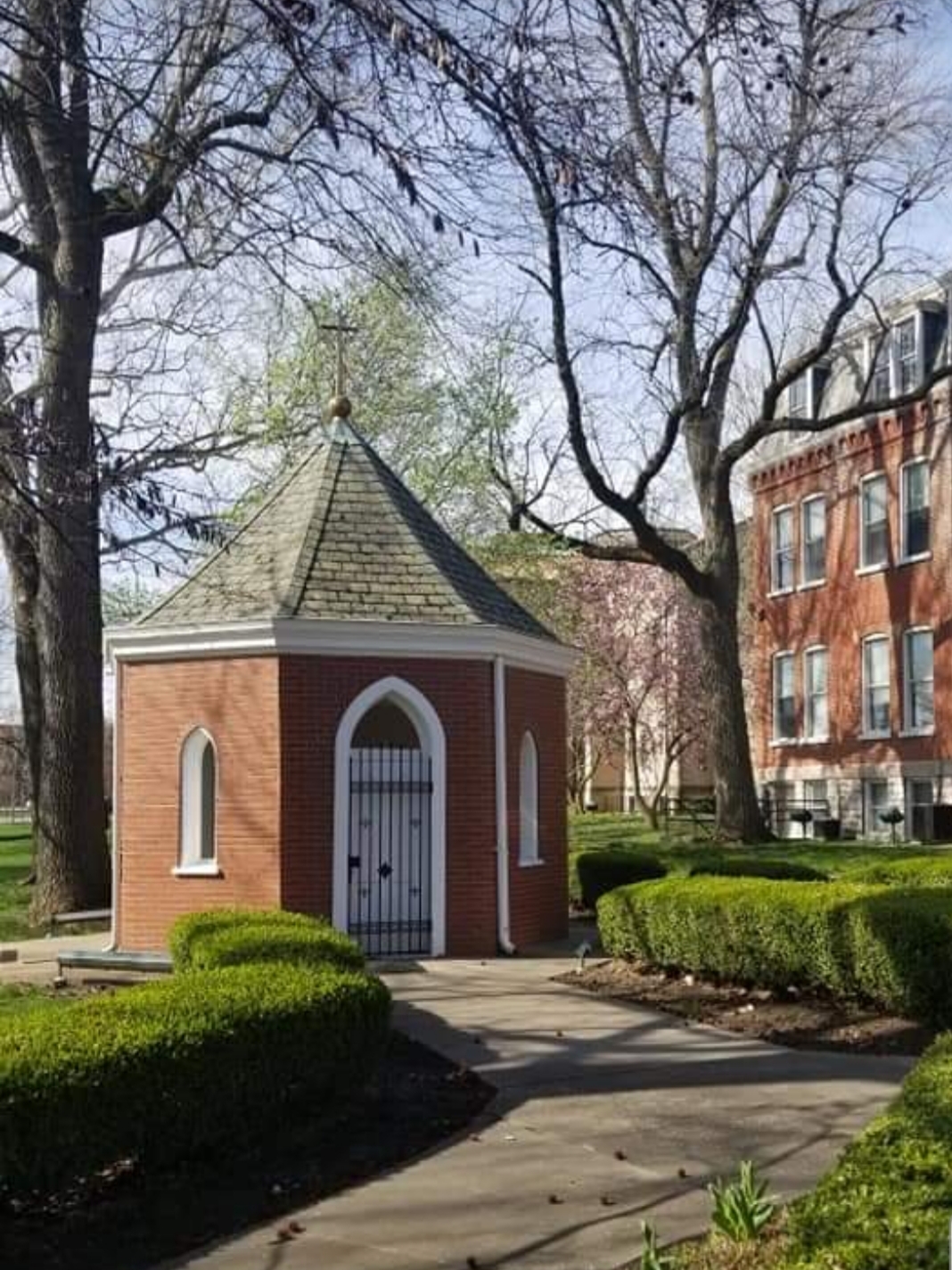 Following her death in 1852, Mother Duchesne was buried on the grounds of the Academy of the Sacred Heart in St. Charles, Missouri. After three years, her body was exhumed, found to be miraculously intact, and reverently interred in a crypt within a simple octagonal shrine in the front yard of the school.

Following Philippine’s beatification in 1940, an order came from Rome decreeing that her remains be removed from the little octagonal shrine and suitably deposited indoors. This was done in 1949, at which time the remains were placed in a marble sarcophagus housed in an oratory prepared in the old “back porch” area of the original (1835) convent.

The Shrine of Saint Philippine Duchesne was begun in 1951 to honor this pioneer Religious of the Sacred Heart.

The Shrine’s two outside entrances represent its Roman and St. Louis connections. Pope Pius XII, who beatified Philippine, is represented with his coat of arms over the door of the Rose Garden (north) entrance; also featured is a mosaic of St. Peter and the quote, “The work of justice is peace.” The Second Street (east) entrance includes Cardinal Glennon’s coat of arms, a mosaic of St. Louis, king of France, and the quote, “I am a soldier of Christ.”

The Shrine’s modern interior was designed in 1964 by liturgical artist William Schickel. The granite used for the sanctuary furnishings reflects the hard life the pioneer saint had lived on this site. The marble sarcophagus is in an alcove facing the altar. Other features of interest include primitive relics of Philippine’s log cabin days and a crucifix that once hung in the Visitation convent in Grenoble, where she attended school as a young girl.

Pilgrims from around the world come regularly to this site, bringing their prayers and petitions to the fourth United States saint. In addition to the Shrine, visitors can see the parlors of the early brick convent building, the corridors frequented by the saint, and the little cell in which she died at the age of 82. The log cabin which housed the 1818 school is no longer in existence, but primitive relics of the pioneer convent are on exhibit. Books that were brought from France by Philippine and her four fellow missionaries, as well as other meager articles of their religious and academic lives, are preserved here.