Situated at the intersection of Conley Avenue and Main Street, this monument commemorates the last spike that was driven into the Puget Sound extension of the Chicago, Milwaukee, St. Paul and Pacific Railroad (aka, the "Milwaukee Road") on May 19, 1909. The event took place approximately 17 miles to the northwest, not far from the town of Garrison along Gold Creek. The company decided to build the extension to Pacific Ocean in 1905 to compete with other railroad companies, particularly the Great Northern Railroad and Union Pacific. The monument consists of a large replica spike and interpretive panels. The site also features a locomotive, an electric engine, and a train car all once owned by the Milwaukee Road. The monument was originally installed near the site where the lines met but was moved here in 2003. 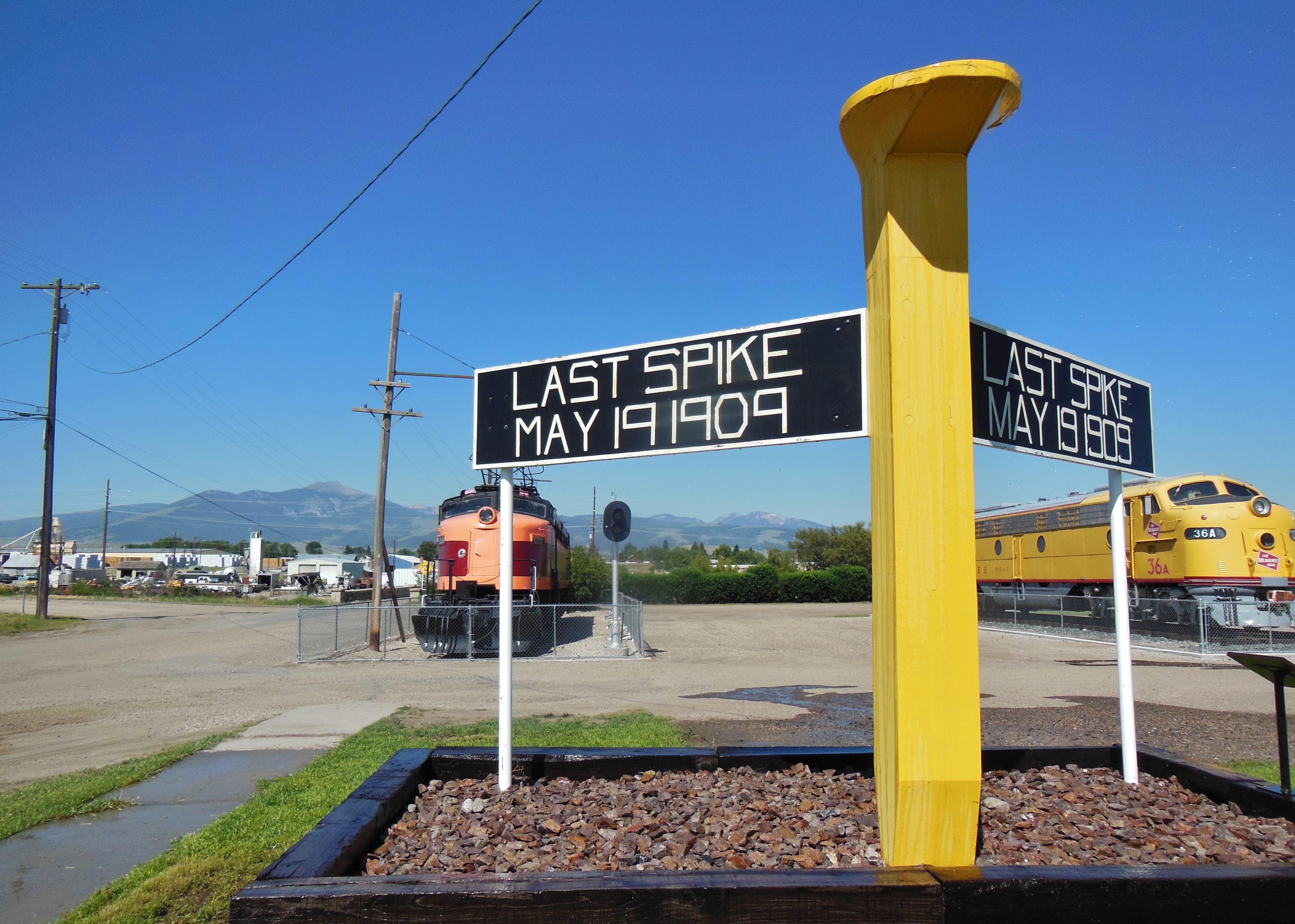 The Milwaukee Road was founded in Milwaukee, Wisconsin in 1847 as the Milwaukee and Waukesha Railroad (Waukesha is suburb of Milwaukee). Its initial aim was to reach the Mississippi River, which it finally did in 1857. Over the next several decades, the company grew in the Midwest; its name changed as well, becoming the Chicago, Milwaukee, St. Paul Railroad by the mid-1870s. In the 1890s, the company began to consider building an extension to the Pacific. Survey work conducted in the early 1900s estimated that the company would need to spend $45 million for the 1,400-mile extension. The estimate increased to $60 million in 1905.

Despite the high costs, the company forged ahead with the extension. Construction began in both directions in 1906. From the east, the line began at MoBridge, South Dakota and headed west. From the west, the construction began at Seattle and headed east. When the lines met three years later near Garrison, the Milwaukee Road became the only railroad company that ran from Chicago to Seattle. It was an impressive accomplishment. The company built 2,300 miles of tracks over difficult terrain in just three years. Deer Lodge became an important division point on the line. The Pacific extension allowed the company to successfully compete with other companies for the profitable transcontinental freight and passenger traffic. Eventually, the Milwaukee Road would own the longest end-to-end rail line in the country, from Louisville, Kentucky to the Pacific Ocean.