Nestled on the east side of the State Capitol Building rests the Closing Era Statue, a bronze monument honoring a dying race and telling a tale of westward expansion. A Native American man stands next to a bison, dying from a shot of his bow. Donated by the Fortnightly Club in 1893, the statue was originally exhibited at the World’s Fair Exposition in Chicago. When the sculpture was being prepared for installation, the Club asked sculptor Preston Powers to have the face of the man resemble Native American Chief Ouray. Chief Ouray had been a primary contact for treaty negotiations between the Ute Indians and the U.S. Government. 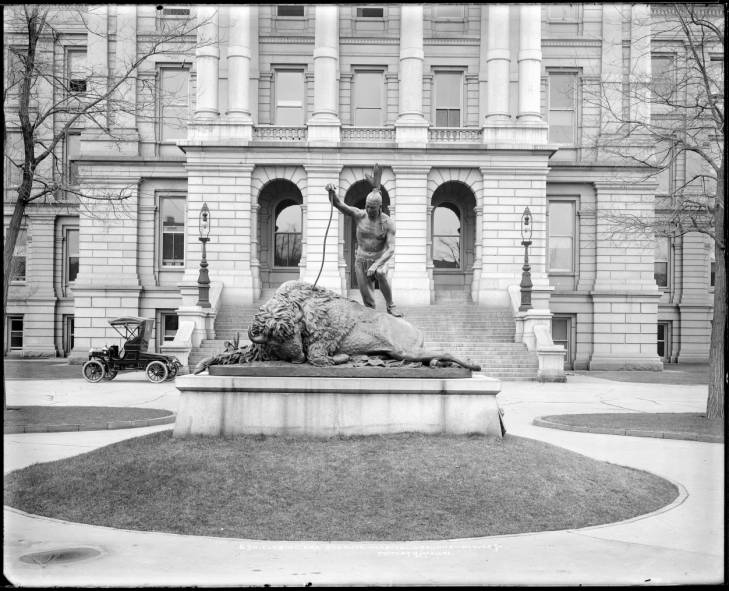 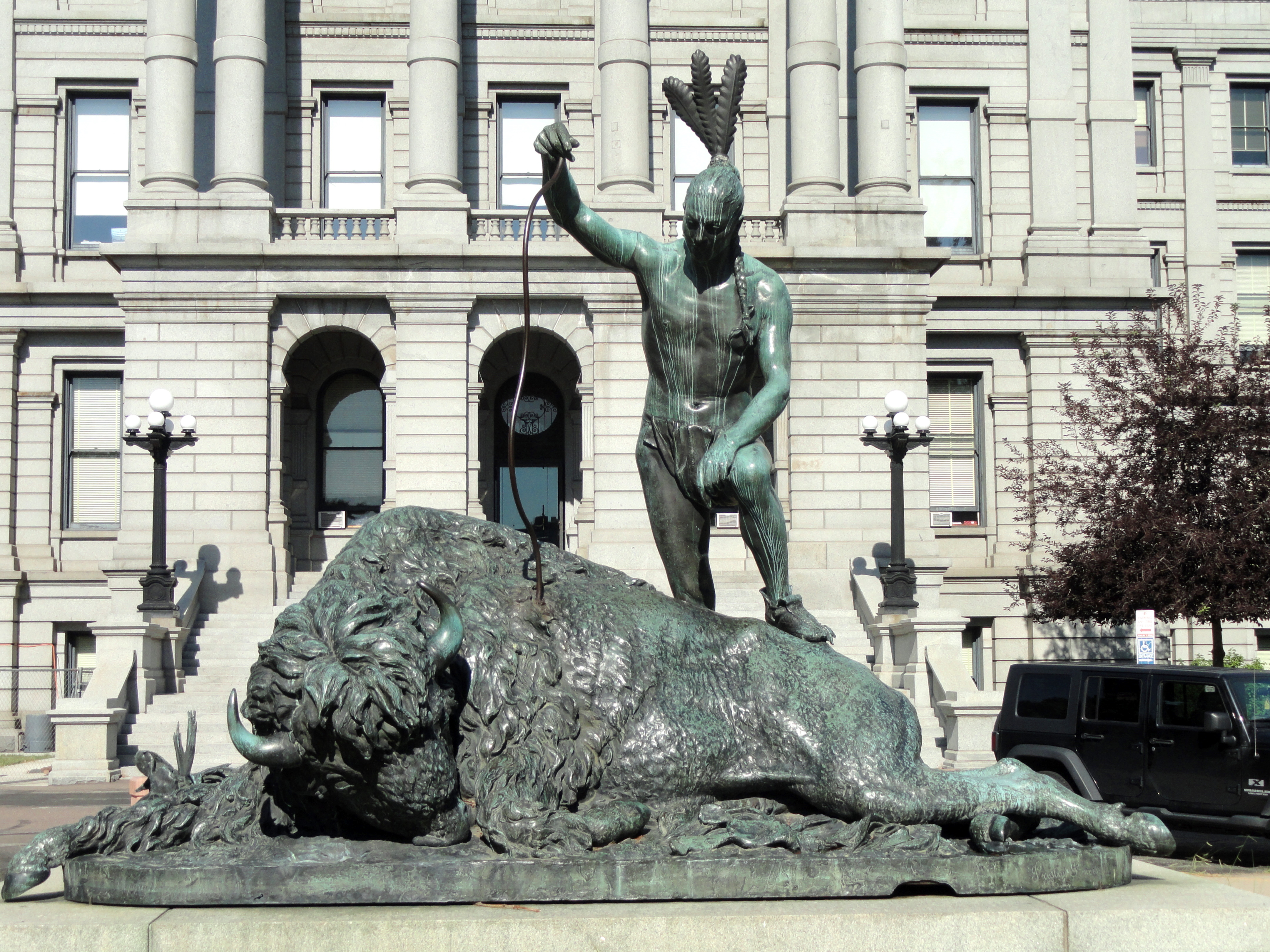 Close up of Chief Ouray 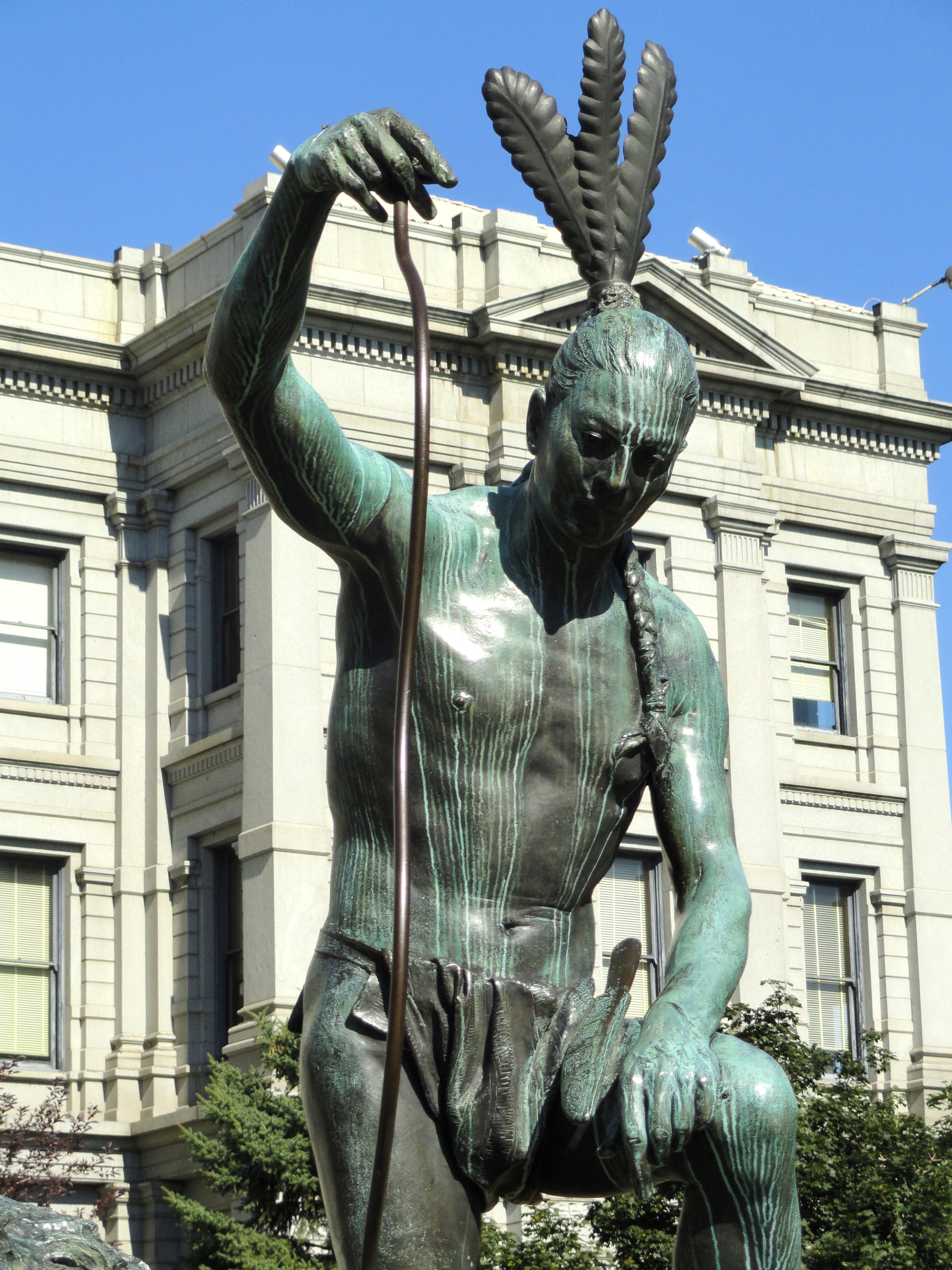 Side view of statue 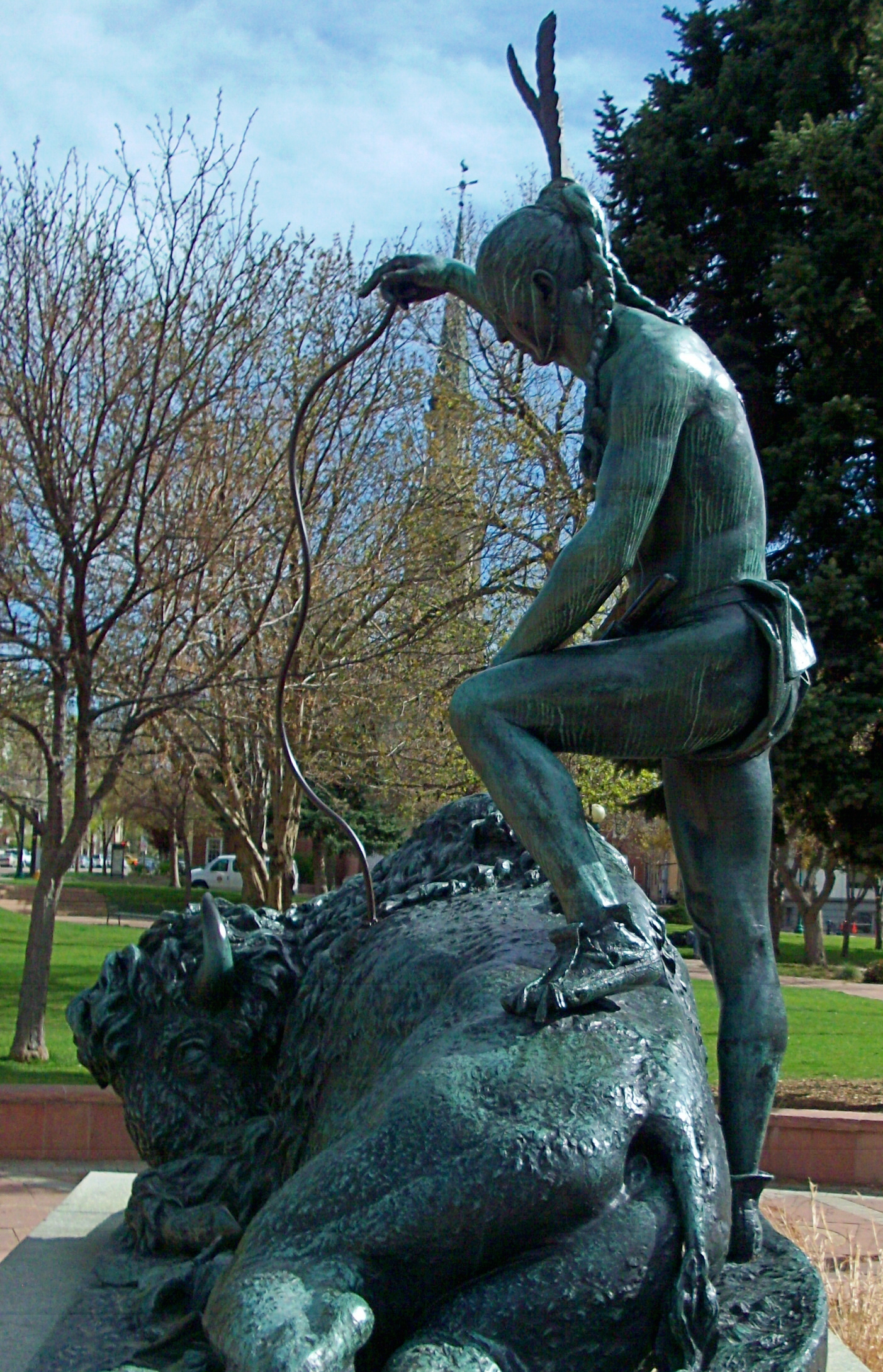 This historic statue is located on the eastern side of the State Capitol Building. Donated by the Colorado Woman of the “Fortnightly Club,” it was originally presented at the World’s Fair Exposition in Chicago in 1892. Designed and sculpted by University of Denver art teacher Preston Powers, the statue was meant to represent the overall end to the way of life that had been so important to Native American history and the rise of western expansion. When the club bought the statue for the purposes of installing it near the state capital, they requested that the face of the previously plain Native American man be adjusted to reflect the face of Native American Chief Ouray. To purchase the statue the leaders of the club, Mrs. Eliza Routt and Mrs. E.M. Ashley planned to raise $10,000 to purchase the statue.

Chief Ouray lived between the years 1833 and 1880, living to the age of 47. He was the leader of the Tabeguache band of Ute Indians in Colorado. However, he held no true authority over the Colorado Utes. The U.S. Government, despite Ouray’s actual status, assigned him the title of Chief of all Utes in Colorado and made him the primary contact for all treaty negotiations.

Ouray’s early childhood was as an indentured servant to Padre Martinez, a large landowner in the New Mexico region, preparing him for high society. For seven years Ouray and his brothers were servants to the Martinez family, becoming familiar with Ute, Spanish, and English during this time. Eventually, he would return to his home town in 1850 and in the following year would move to Colorado.

Chief Ouray’s given status caused him to be the middleman negotiator between the U.S. Government and the regional tribes of Colorado. Unfortunately, many of the treaties he negotiated were for the forced removal of Ute Natives from Colorado. Sometimes these deals were under shady or slight-handed pretenses by the U.S. Government. After many incidents involving violence and conflicts between U.S. agents and aggressors and resilient Native American Nations, violence was high and Ouray was forced into assisting an agreement to move White River Utes to northern Utah. By the summer of 1880 few Utes had agreed to relocate and Ouray made one final attempt to appeal to his people. In August of 1880, he traveled to southwest Colorado to meet the Utes who refused to relocate. Unfortunately, the journey would prove to be too much. Ouray suffered from Bright’s disease, a kidney ailment that caused high blood pressure, and perished on the Southern Ute reservation on August 24, 1880.

Artist Preston Powers created the monument to represent the pre-settlement life in Colorado and to commemorate the way Native American life was before western expansion. As part of the sculpture, a commissioned poem by John Greenleaf Whittier reads:

The mountain eagle from his snow-locked peaks

For the wild hunter and the bison seeks

In the chang’d world below; and find alone

Their graven semblance, in the eternal stone