Chickens served many purposes for pioneer families such as the Booths. Eggs could be sold at markets, and chickens who were productive layers would be highly valued. Chickens on the Booth farm would have been free to roam the property. In addition to selling honey, the Booth family also had tremendous success in selling poultry and eggs. 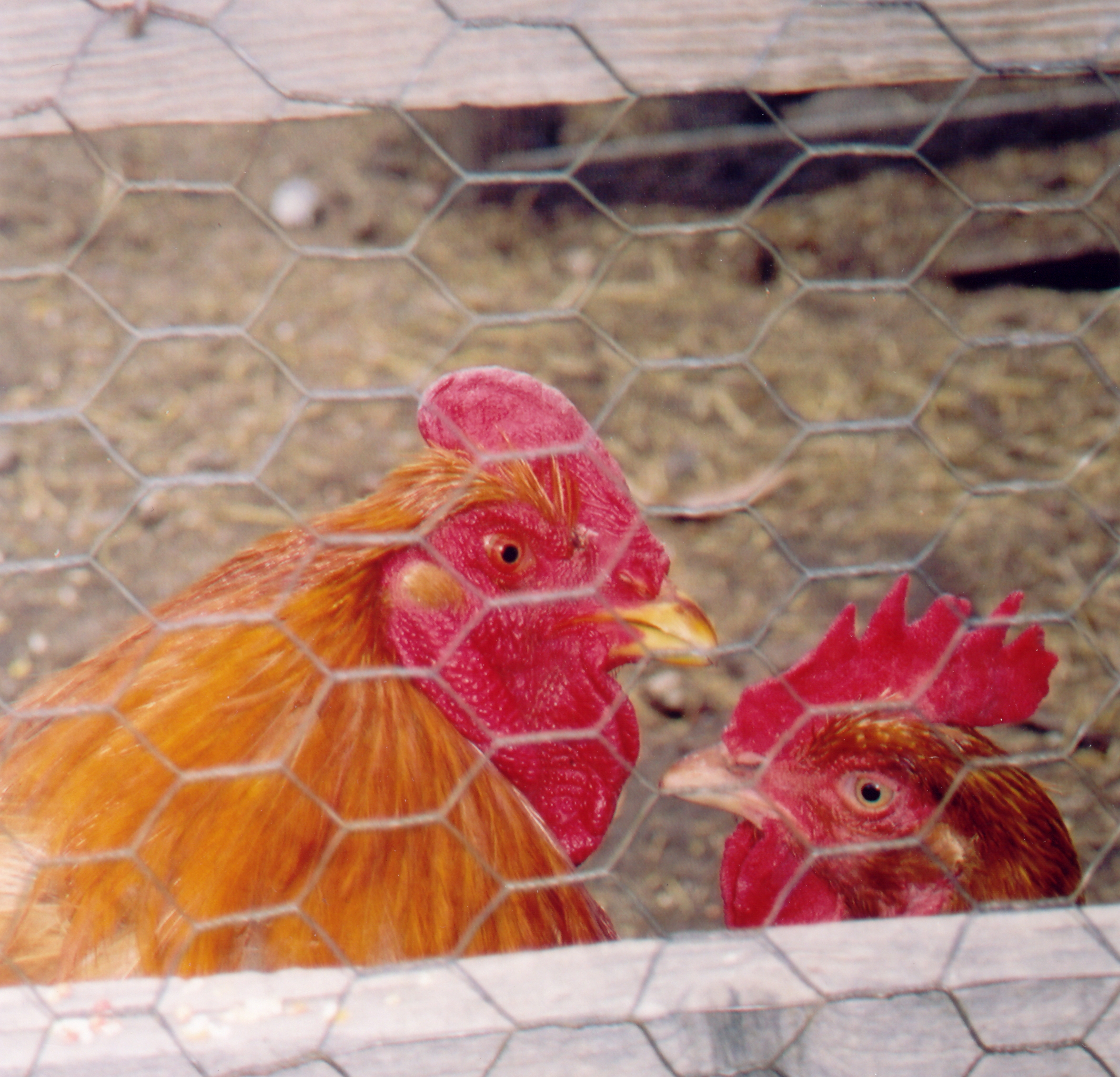 Different breeds could be found in pioneer family flocks. Leghorns were often white or a combination of black and brown. This breed produces at least 200 eggs a year. The Barred Plymouth Rock would also be seen on many farms. This black and white feathered chicken was first bred in Massachusetts in the nineteenth century. Another popular breed that can be seen today at the Park is the Rhode Island Red, which first appeared on the east coast in the late nineteenth century.

The chickens at the Park today are a mix of Leghorns and Rhode Island Reds. Due to Four Mile’s proximity to Cherry Creek, the chickens are kept in a fenced coop to keep them safe from furry park visitors like foxes and skunks. Human visitors are encouraged to feed the chickens through the coop fence by using food from the quarter-fed dispenser.